Presentation on theme: "GRAVITY (also known as Weight) F grav The force of gravity is the force with which the earth, moon, or other massively large object attracts another object."— Presentation transcript:

2 FRICTION Friction Force F frict The friction force is the force exerted by a surface as an object moves across it or makes an effort to move across it. There are at least two types of friction force - sliding and static friction. Though it is not always the case, the friction force often opposes the motion of an object. For example, if a book slides across the surface of a desk, then the desk exerts a friction force in the opposite direction of its motion. Friction results from the two surfaces being pressed together closely, causing intermolecular attractive forces between molecules of different surfaces. As such, friction depends upon the nature of the two surfaces and upon the degree to which they are pressed together. The maximum amount of friction force that a surface can exert upon an object can be calculated using the formula below: F frict = µ F norm

5 NORMAL Normal Force F norm The normal force is the support force exerted upon an object that is in contact with another stable object. For example, if a book is resting upon a surface, then the surface is exerting an upward force upon the book in order to support the weight of the book. On occasions, a normal force is exerted horizontally between two objects that are in contact with each other. For instance, if a person leans against a wall, the wall pushes horizontally on the person.

6 SPRING F spring The spring force is the force exerted by a compressed or stretched spring upon any object that is attached to it. An object that compresses or stretches a spring is always acted upon by a force that restores the object to its rest or equilibrium position. For most springs (specifically, for those that are said to obey "Hooke's Law"), the magnitude of the force is directly proportional to the amount of stretch or compression of the spring.

Download ppt "GRAVITY (also known as Weight) F grav The force of gravity is the force with which the earth, moon, or other massively large object attracts another object." 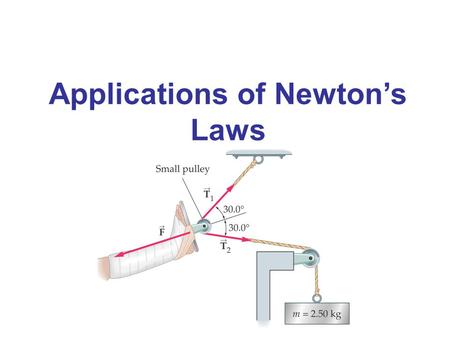 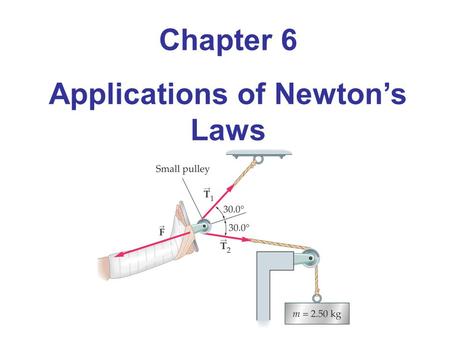 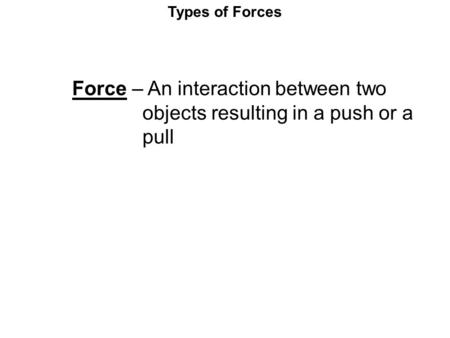 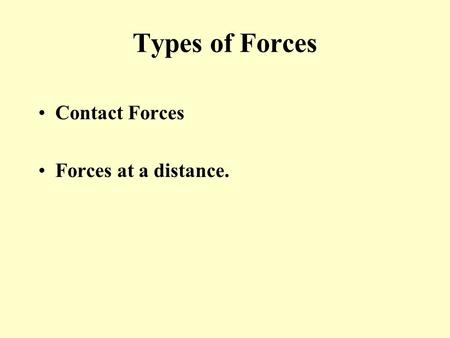