3 Newton’s 1 st Law of Motion An object moves at constant velocity unless a net force acts to change its speed or direction.

5 Newton’s 3 rd Law of Motion For every force, there is always an equal and opposite reaction force.

13 Where do objects get their energy? Energy makes matter move. Energy is conserved, but it can… …transfer from one object to another; …change in form.

18 Thermal energy is a measure of the total kinetic energy of all the particles in a substance.  Depends on both temperature AND density…

20 Gravitational Potential Energy In space, an object or gas cloud has more gravitational energy when it is spread out than when it contracts. A contracting cloud converts gravitational potential energy to thermal energy.

21 Mass-Energy Mass itself is a form of potential energy. A small amount of mass can release a great deal of energy… E = mc 2

22 Conservation of Energy Energy can be neither created nor destroyed. It can change form or be exchanged between objects. The total energy content of the Universe was determined in the Big Bang and remains the same today.

24 How does Newton’s law of gravity extend Kepler’s laws? Kepler’s first two laws apply to all orbiting objects, not just planets. Ellipses are not the only orbital paths. Orbits can be:  Bound (ellipse).  Unbound… Parabola. Hyperbola.

28 Changing an Orbit So what can make an object gain or lose orbital energy? Thrust. Friction or atmospheric drag. A gravitational encounter.

32 How does gravity cause tides? The Moon’s gravity pulls harder on near side of Earth than on far side. The difference in the Moon’s gravitational pull stretches the Earth.

33 Size of tides depends on the phase of the Moon.

34 Special Topic: Why does the Moon always show the same face to Earth? Moon rotates in the same amount of time that it orbits… But why? 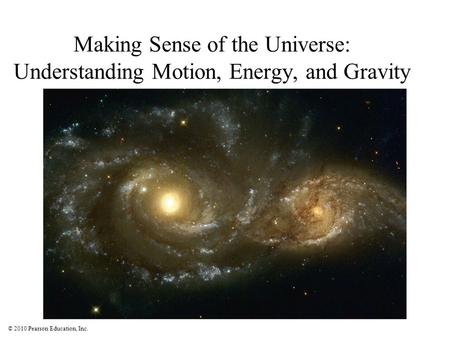 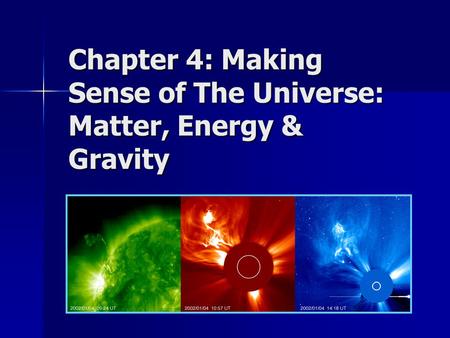 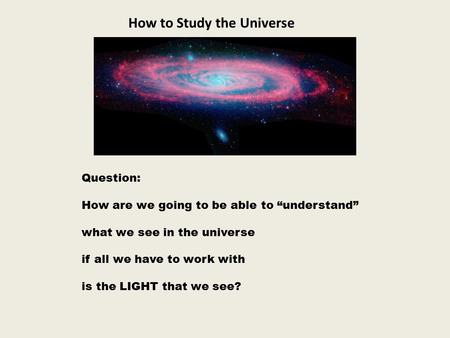 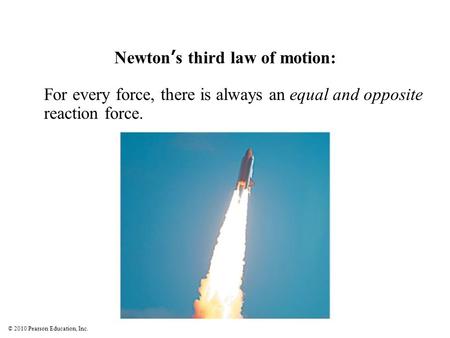 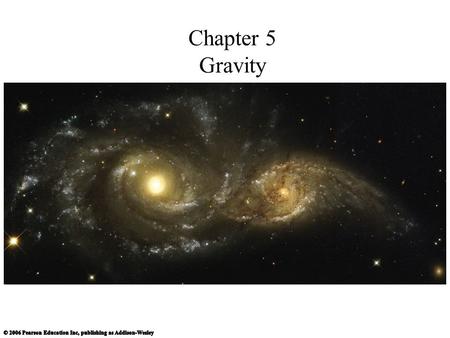 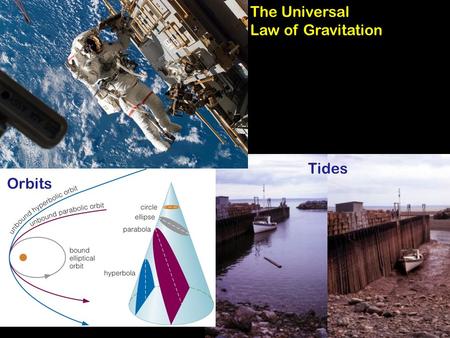 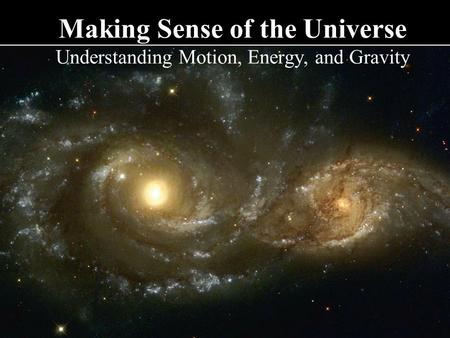 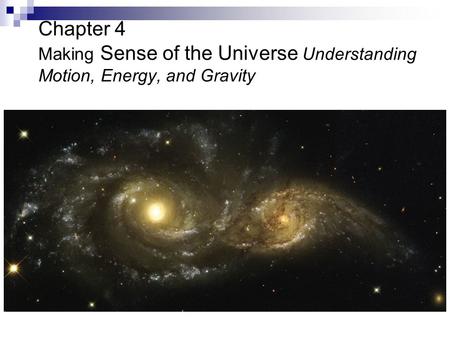 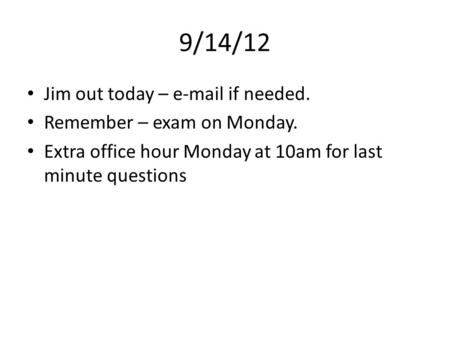 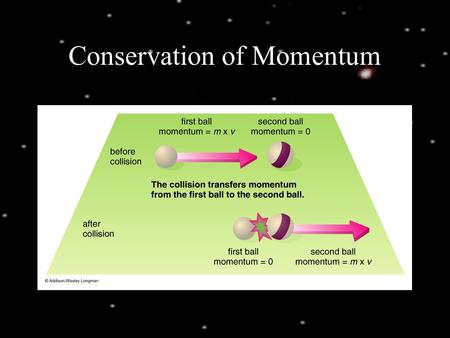 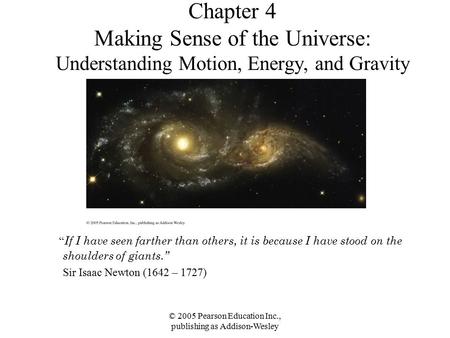 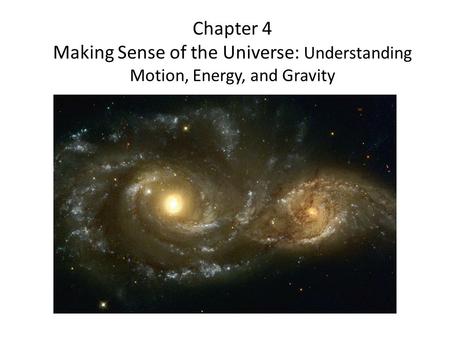