2 Poem A word dropped careless on a page May stimulate an eye When folded in perpetual seam The wrinkled maker lie Infection in the sentence breeds. We may inhale despair At distances of centuries From the malaria.

3 Content Overview The ‘persona’ of Dickinson is proclaiming the effect that her poetry will have on society when she has passed away. As she states that being careless in writing, society is affected through her words. The theme of one word causing an ‘infection’ on the page, may lead to a string and sentence of misery of writing, creating ‘malaria’ and negative emotions. Therefore the ‘persona’ worries that her writing will effect society.

4 Structure Poem 154 is made up of two stanzas consisting of four lines each. Not many pauses in the poem with only three full stops. Slant rhyme is seen only once in the poem between ‘eye’ and ‘lie.’

5 Language Techniques Metaphor of ‘malaria’ being negative emotions that is caused and ‘breeds’ in the sentence. Ironic because the persona she has created is talking about the responsibility of being a writer in society because she is a writer and has seen the affect of poetry on people.

6 Significant Quotes Key Quotes included in the poem are: “A word dropped careless on a page May stimulate an eye” This quote identifies that although one person may feel nonchalant about a word or a sentence, another may feel different about this matter. “Infection in the sentence breeds.” This quote represents to the viewer that persona does not belong as she is frightened that her writing may have a negative effect on society when she has passed away.

7 Key Ideas on belonging Persona expresses the belief that she has a great responsibility as an author to make her writing ‘belong’ within the society and the future. The effect of her writing not belonging can cause trouble to others may lead to negative emotions

8 Links to the other poems Both poem 67 and poem 154 make reference to poetry and death. The both proclaim that the person is worried about her reputation after death, one worrying that she will be forgotten, whilst the other worries that her words will be miss interpreted.

9 Your Opinion of the Poem Although its a short poem it expresses the themes of belonging strongly and effective descriptive language is used so that the persona can express her ideas on the effect that writing can have on future generations. 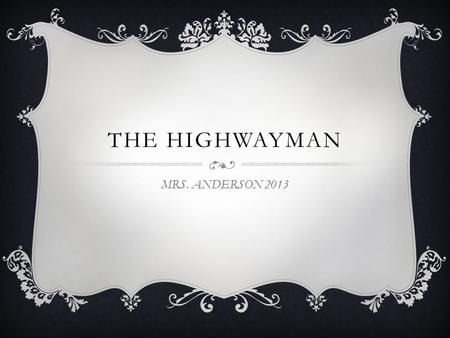 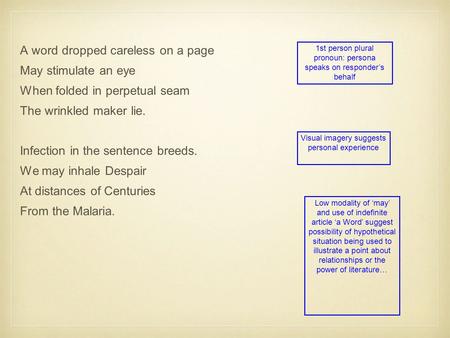 A word dropped careless on a page May stimulate an eye When folded in perpetual seam The wrinkled maker lie. Infection in the sentence breeds. We may inhale. 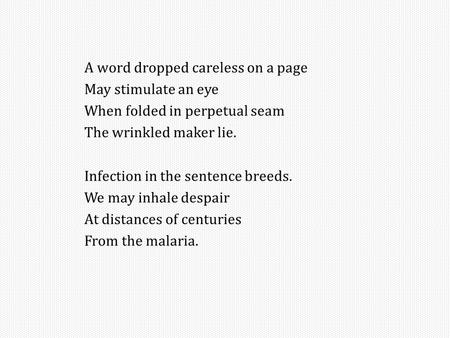 A word dropped careless on a page 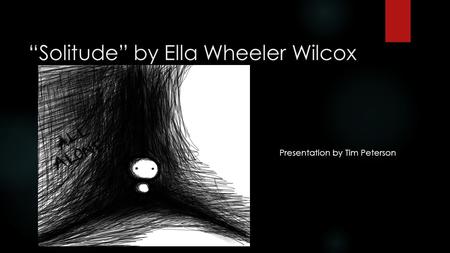 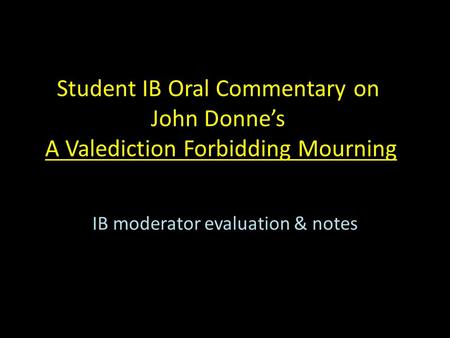 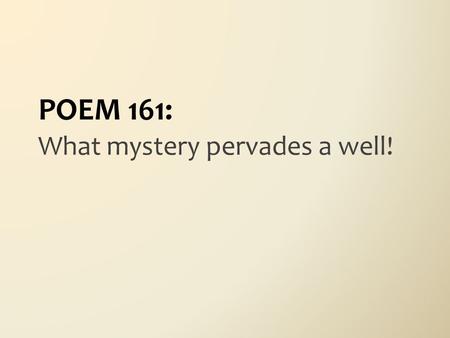 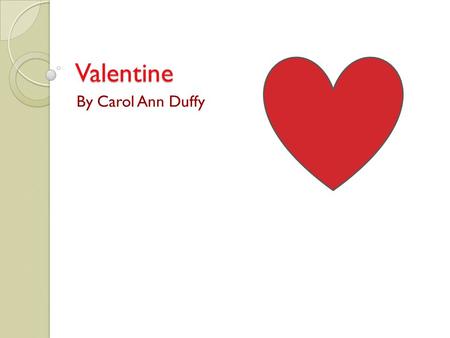 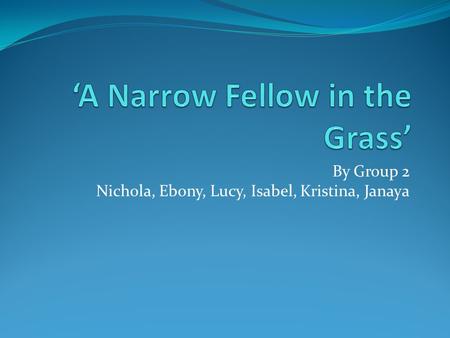 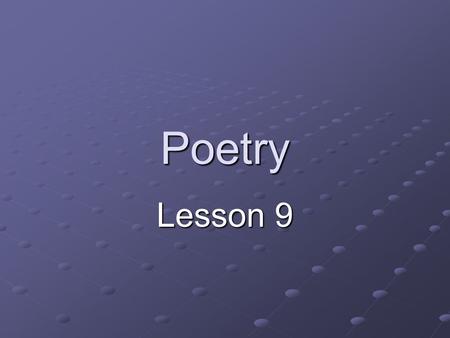 Poetry Lesson 9. Examine Collier’s Writing What do the marigolds symbolize? How do you know? 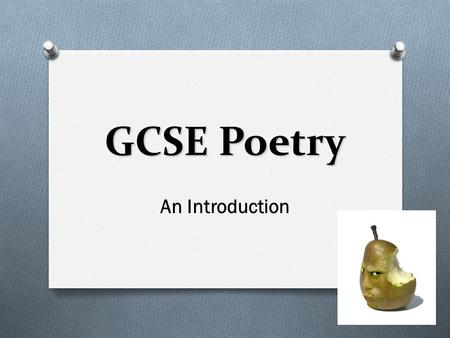 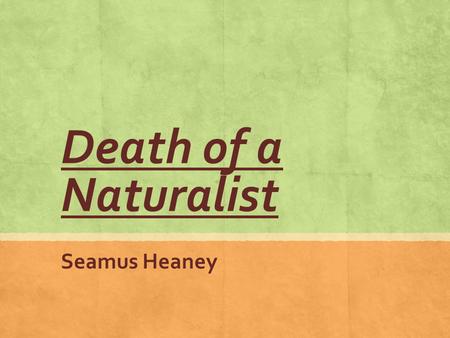 Death of a Naturalist Seamus Heaney. 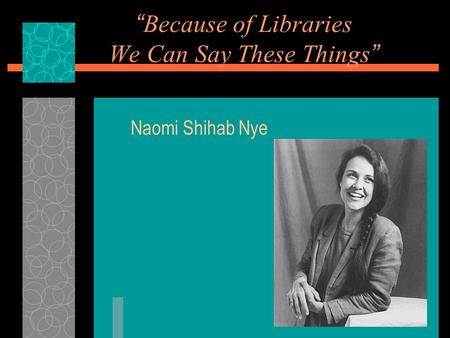 “Because of Libraries We Can Say These Things” 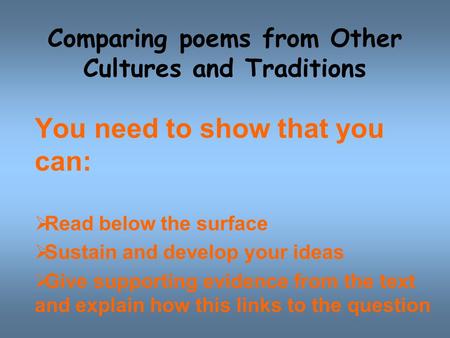 Comparing poems from Other Cultures and Traditions You need to show that you can:  Read below the surface  Sustain and develop your ideas  Give supporting. 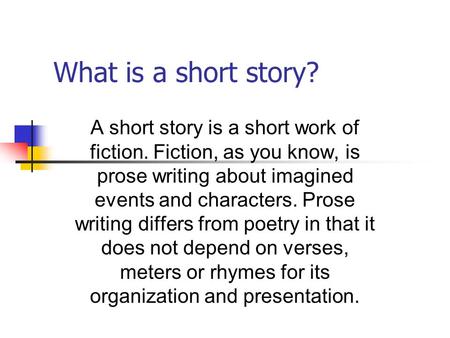 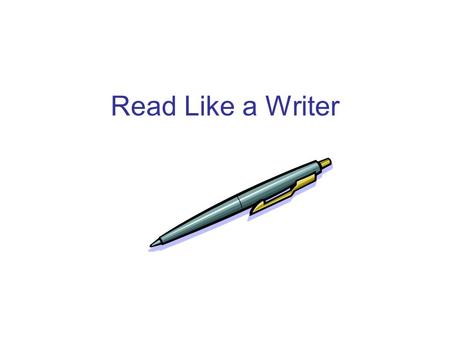