The gate was hanging from one rusty hinge. Weeds filled the front garden taller than me. It was like a jungle from a Tarzan film. The paint was scraped.

Presentation on theme: "The gate was hanging from one rusty hinge. Weeds filled the front garden taller than me. It was like a jungle from a Tarzan film. The paint was scraped."— Presentation transcript:

2 The gate was hanging from one rusty hinge. Weeds filled the front garden taller than me. It was like a jungle from a Tarzan film. The paint was scraped off the front door, and there was a piece of cardboard where the glass should be.

4 The lights were on all over the house even though it was daytime. There was music blaring out, and a dog was barking, and children shouting. Mrs Cole was still in the window. I could see her making toast and frying eggs, and she still carried the baby in her arm. So she hadn’t boiled it after all. I stood waiting on the grim grey street. I wanted to run away. But I didn’t know where to go. Then Mrs Cole came.

5 “Hello, me lover,” she said. “What are you doing in the cold without a coat? You’ll catch your death.” She was big and red, with straggly hair, a scruffy cardigan, and a great big smile.

8 I wondered if it was a trick, and if Mrs Cole was really a child-catcher by trade, and once I stepped inside her smile would vanish and a net would drop down on me from the ceiling, and no one would ever know where I’d gone. But the street was cold. Mrs Cole smelled of bacon, and her house looked warm. She took my hand and we went inside. In the hall there was a pile of dirty washing, a broken pram, half a scooter, a pyjama leg, and three shoes: one red, one brown, one blue. In the kitchen at the table was a big boy with a small boy on his head.

10 There were three cats among the dishes on the table, and one on the window-sill who watched the goldfish swimming in the tank. A terrapin sat on a stone and stretched his neck. In the corner a black dog lay dozing in a cardboard box while four puppies were feeding from her teats. Two cages hung from the ceiling. In one was a yellow canary who sang. In the other, two budgies, one blue, one green, chirruped and kissed.

12 On an old settee a girl and a boy were eating toast, talking with their mouths full, and dropping crumbs. But Mrs Cole never told them off. The baby lay on the settee without its nappy on, kicking its legs. A girl without any knickers tottered around the kitchen floor.

14 The oven door was open, and the oven was on to make the kitchen warm. Mrs Cole sang a song with a singer on the radio, and it didn’t give her a headache. She made me a bacon butty, with a cup of tea. “How many sugars?” she asked. “Three,” I said. And she gave me three. (My mum only lets me have one.) “Mum,” said a girl on the settee, spraying crumbs all around the room. “Polly’s done a piddle on the floor.” Mrs Cole got a cloth and wiped it up and she never stopped singing the song she sang.

15 There was shouting and squealing and bumping down the stairs. A girl ran in chased by a boy. They fell in a heap on the kitchen floor. The girl shrieked, “Mum! Mum! Michael’s tickling me! Stop him, Mum!” “Leave her alone,” said Mrs Cole, “or I’ll hold you down and tickle you.”

17 “But she won’t feed the rabbits, mum, and they’ll starve to death.” “It’s not my turn!” “It is, it is!” “Well, me and Polly will feed the rabbits,” said Mrs Cole, “won’t we, Polly, me lover, and you two can do them tomorrow. Today you’ve got a new friend to play with. When he’s finished his tea take him with you and treat him nice.”

19 I played all day. And Mary and Michael came and helped me do my housework. When I was going home, Mrs Cole said, “Come back and play, me lover, any time you like!”

20 Nowadays my mum says, “If you’re good, you can go and play at Mrs Cole’s.” Because at Mrs Cole’s, they always treat me nice.

Download ppt "The gate was hanging from one rusty hinge. Weeds filled the front garden taller than me. It was like a jungle from a Tarzan film. The paint was scraped." 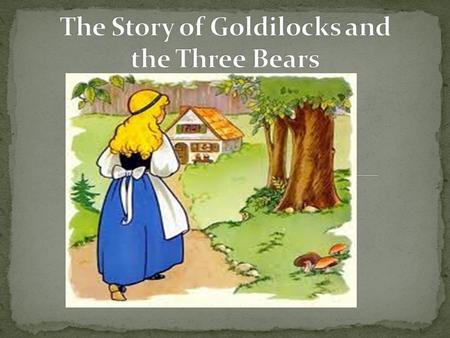 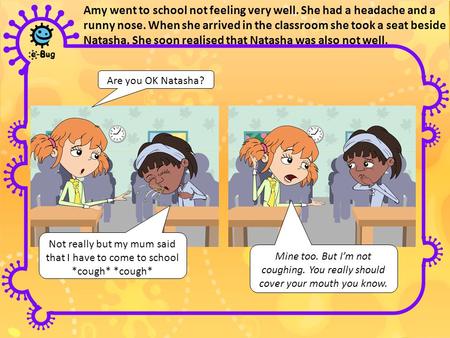 Amy went to school not feeling very well. She had a headache and a runny nose. When she arrived in the classroom she took a seat beside Natasha. She soon. 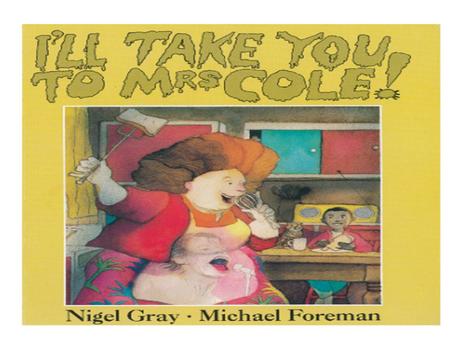 When my mum came in from work and I hadn’t got the table laid, she said, “If you can’t do what you’re told, I’ll take you to Mrs Cole.” 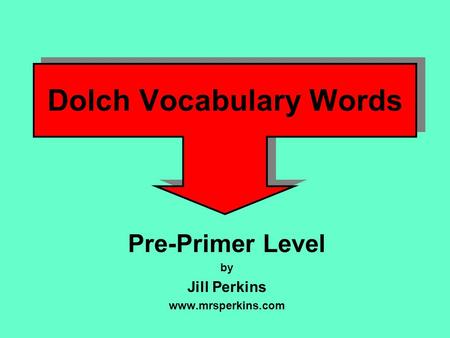