3 The Industrial Revolution
Samuel Slater memorized the design of the machines in British textile mills. Cause- It was illegal to take plans for the machines out of England. Effect- Slater built a successful water powered textile mill in the USA.

4 The Industrial Revolution
Eli Whitney invented machines that could manufacture identical parts. Cause- Whitney wanted to speed up the manufacturing process. Effect- Inventors soon designed machines to produce interchangeable parts for other goods.

5 The Industrial Revolution
Francis Cabot Lowell’s partners built a factory town named for him. Cause- Lowell combined spinning and weaving operations under one roof. Effect- Lowell became a model factory town and the population grew.

8 Americans Move Westward
In the early 1800s, Americans found faster and better ways to travel or move goods by water. 5. The invention of the steam engine and the steamboat made passenger and cargo travel much faster. 6. Steamboats made it cheaper for western farmers to ship goods. 7. The Erie Canal linked the Great Lakes and the Mohawk and Hudson Rivers, making it possible to ship goods to New York.

9 Industry in North 1. Sewing machines could make many more items of clothing in much less time than a tailor. 2. John Deere’s plow was much lighter and could be pulled through a field more quickly. 3. Morse’s telegraph had faster access to information about supply, demand, and prices for all over the country.

10 Industry in the North 5. Clipper ships were able to travel more quickly through the water because of their tall masts, huge sails, and narrow hulls. 6. Effects of factories, machines, and railroads on the Northern economy: Factories used steam power Machines produced cheaper goods Railroads provided faster transportation of materials and goods. Markets opened and farmers were forced into factory jobs.

11 Cotton Kingdom in the South
1. Effect- The cotton gin could do the work of 50 people. Cotton could be grown for a huge profit. 2. Cause- Planters needed new land and began to move west. 3. Effect- In other areas southerners raised rice, sugar cane, tobacco, and livestock.

12 Cotton Kingdom in the South
4. Cause- Rich planters invested in slaves and land. 5. Effect- Southerners resented their dependency on the north. 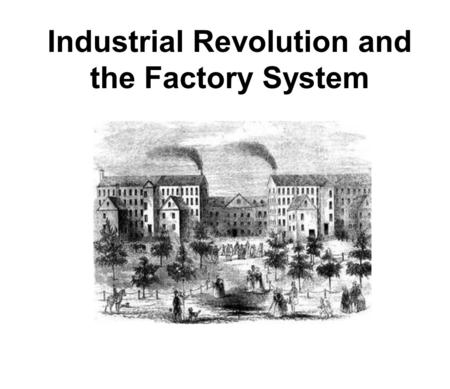 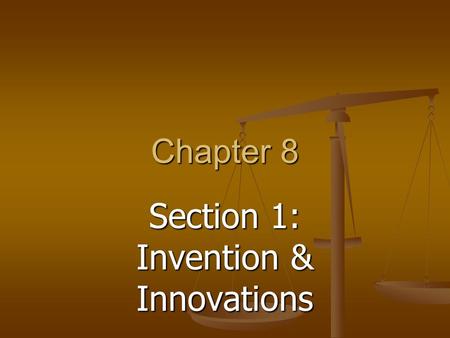