2 2 Purpose of the session Help you to understand the changes to benefits Consider how the changes will affect the residents of Oldham Think about how we can work together to support our residents through the changes.

8 8 Oldham’s Universal Credit Timeline DateClaimant group November 2012 Local Authority-led (face to face) pilot commences April 2013Pathfinder commences with a limited group of new JSA claimants October 2013Roll out commences for all new JSA claimants January 2014New Working Tax Credit and Child Tax Credit will be claims for UC April 2014New IS, ESA and HB claims will be claims for UC July 2014Managed migrations with priority given to those who will benefit most from the transition From 2015 - 2017 A gradual managed transfer of the remaining claims

9 9 Local Authority-led (face to face) pilot From November 2012 to September 2013 we will test mechanisms for –Providing support to those who will be moving to UC – with a strong focus on testing approaches with BME communities –Supporting on line access –Providing access to Financial and Budgeting Support –Identifying claimants with complex needs and assessing support required We will monitor, evaluate and provide feedback

13 13 Benefit Cap in Oldham Information received from DWP shows –316 households affected –All are households with children The highest cap in Housing Benefit is £185.00 per week The highest overall cap is £303.60 per week The HB reductions applied from April 2013 will total £936k per annum When all claimants have transferred to UC the total reduction in benefit will be £1.2m per annum. Based on data scan 3 received September 2012

17 17 Replacement of Disability Living Allowance with Personal Independence Payments From April 2013 new claimants age 16-64 will claim PIP Different assessment criteria and face to face consultations as part of the assessment Existing claimants transferred from DLA to PIP between October 2013 and March 2016 As at February 2012 residents in Oldham receive approximately £32m in DLA payments per year National estimates suggest that there will be a 20% reduction in benefits paid, this could mean a £6m reduction for residents in Oldham.

21 21 What does this mean for Oldham? Estimated £3.044m reduction in funding (which includes £400k for the fire and police preceptors) Estimated £1.044m additional income will be raised from Council Tax changes to empty properties and second homes Estimated £2m less available to pay in benefit

25 25 What are we doing? Raising awareness and seeking opportunities to work together Developing an action plan and communications plan Attending a wide range of DWP groups Working with RSL’s in the Borough Planning the delivery of the Stage 1 activities for UC Pathfinder Preparing for the commencement of the face to face pilot Preparing a draft local welfare scheme for consideration Reviewing the Discretionary Housing Payment Policy Linking into Welfare Rights Take Up Activities

27 27 Discussion points 1.What might the impact be on Residents Organisations Borough 2. How can we work together to support those affected? 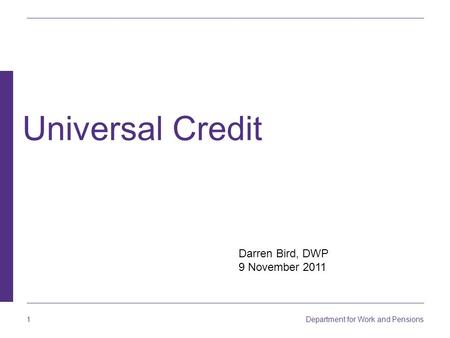 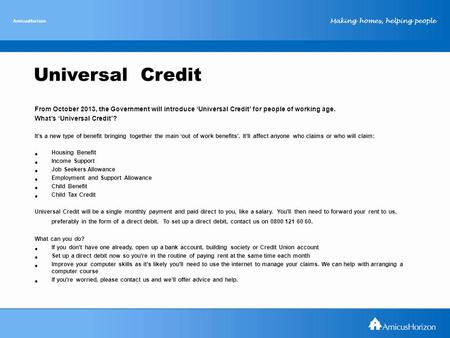 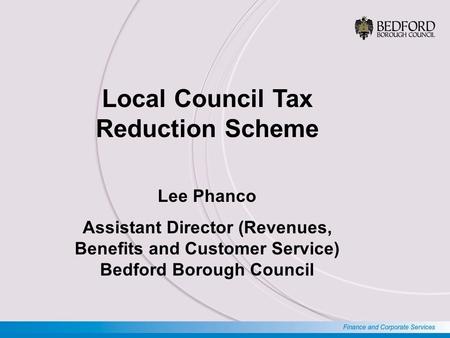 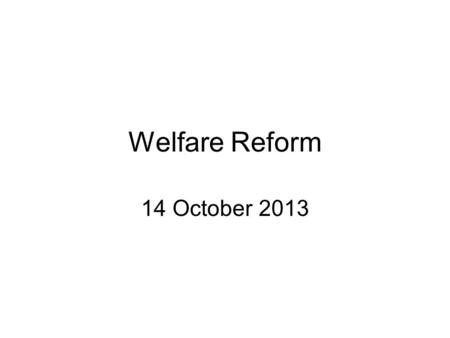 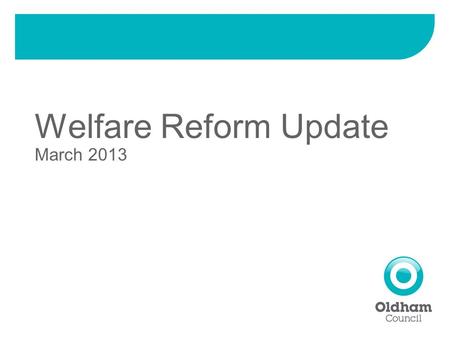 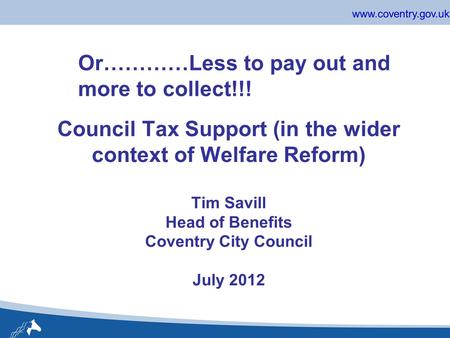