Presentation on theme: "Write them down Did you note down ‘sweet’ and ‘angry’?"— Presentation transcript:

9 Schemas – Knowledge structures that relate to commonly encountered objects, situations or people – Enable us to predict events, make sense of unfamiliar circumstances, organise our own behaviour – Act as filters to perception & recall

11 Schema Driven Processing Yes. I can recognise speech. Can you wreck a nice beach? www.psychlotron.org.uk

14 Allport and Postman (1947) Showed ppt’s a picture of a black man and a white man in an argument. White ppt’s incorrectly remembered the black man as the the one who was holding the cutthroat razor.

15 Reasons for inaccuracies in memory Reason 1 Memories are reconstructive (Bartlett 1932 and Allport and Postman 1947) because information processing is schema driven.

16 Why does this matter? The reliability of memory has interested psychologists due to its repercussions within the legal system. Court cases are especially dependent on the reliability of eyewitness testimony (EWT)

17 Eye-witness testimony (EWT) Eye witness testimony is evidence supplied by people who witness a specific event or crime, relying only on their memory. Statements often include descriptions of the criminal (facial appearance and other identifiable characteristics) Subsequent identification Details of the crime scene (eg the sequence of events, time of day, and if others witnessed the event etc).

18 How accurate is eyewitness testimony? In 1984, American college student Jennifer Thompson was raped at knifepoint by a man who burst into her flat. During the ordeal she concentrated on every detail of her attacker so that she could later accurately recall him. Later that day she worked with police to compose a sketch of her assailant. A few days later she identified Ronald Cotton as the rapist and picked him out of an identity parade. On the strength of her EWT Ronald Cotton was imprisoned. Jennifer was so sure of his guilt and wanted him electrocuted. In 1995, after serving 11 years in prison, DNA evidence proved that Ronald Cotton was innocent and he was released.

19 How accurate is eyewitness testimony? In the USA, in more than 100 convictions in which people have later been shown to be innocent by DNA testing, 75% of them were convicted on the evidence of an eyewitness. There is the serious prospect that innocent people have been executed in the USA on the basis of EWT.

20 EWT: Schema Driven Errors Witnesses to crimes filter information during acquisition & recall – Their schematic understanding may influence how info is both stored & retrieved – Distortions may occur without the witness realising www.psychlotron.org.uk

24 Factors that affect EWT Leading questions: This is a question that contains hints about what the right/desired answer should be. Key study: Loftus and Palmer 1974

25 Aims Loftus and Palmer’s experiment was actually two experiments. They wanted to investigate in general how accurate or inaccurate memory was. Specifically they wanted to see the effect of leading questions upon estimates of speed.

26 Aims Experiment 1 – See if the speed estimates would be influenced by the wording of the question asked. – Hit vs Smashed

28 Procedures Type of study: Laboratory experiments See hand out of Loftus and Palmer 1974

29 Task Find a clip of an incident (download so it can be played). Formulate four questions about the event, one of these must be a leading question.

30 Other factors that affect EWT

32 Practical applications In the UK, the Devlin Report (1976) recommended that that no jury should convict on the evidence of a single eyewitness testimony alone. Barristers are also not allowed to aske leading questions for fear of generating false testimonies. In the USA (1990’s) the “Innocence project” has helped to overturn the wrongful convictions through faulty EWT of 220 men (by 2008).

Download ppt "Write them down Did you note down ‘sweet’ and ‘angry’?" 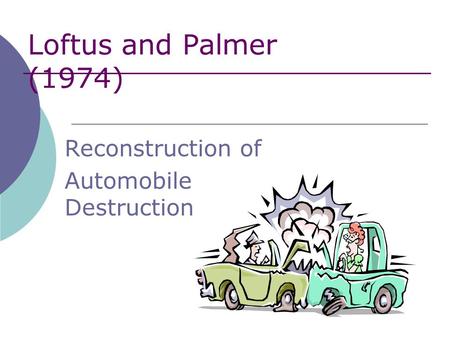 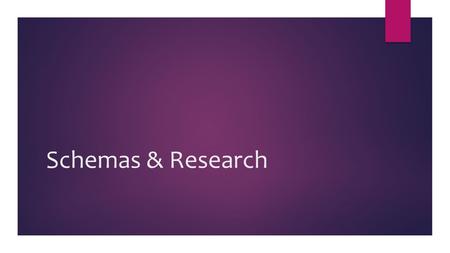 Schemas & Research. What is a schema?  Framework of knowledge  Affects our perception and understanding.  Organise information to help recall what. 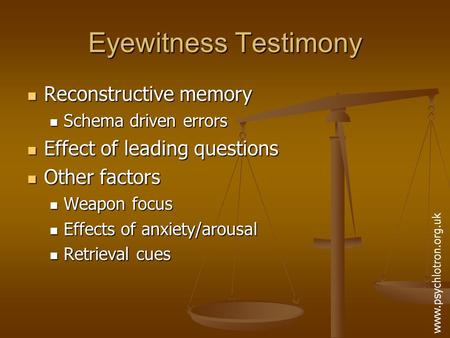 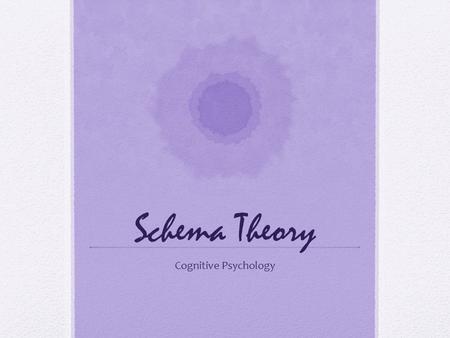 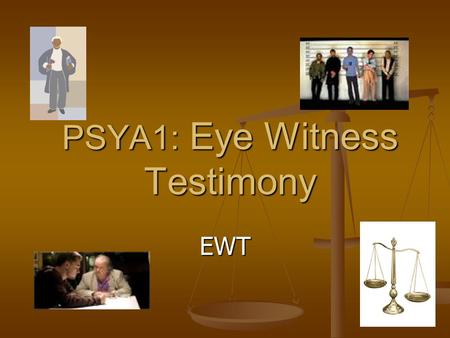 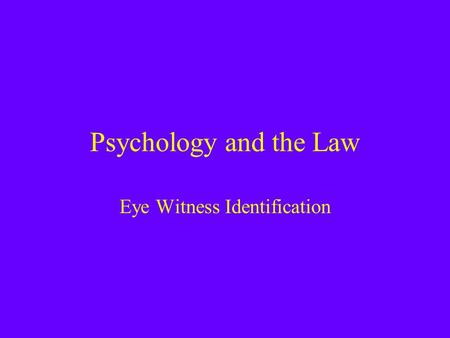 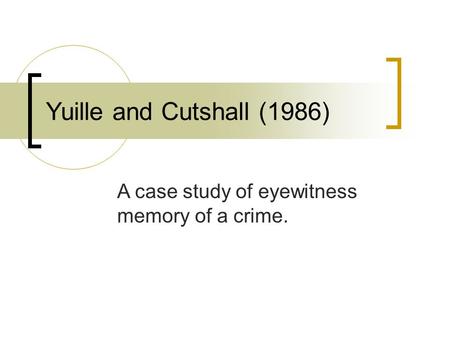 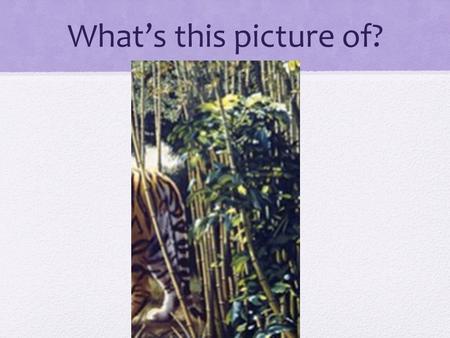 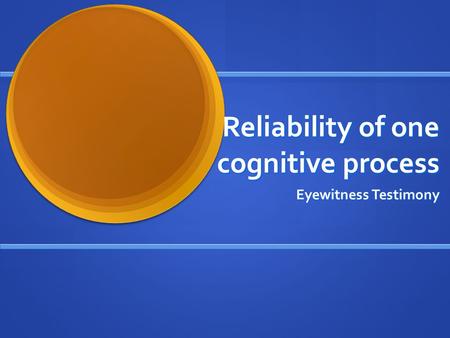 Reliability of one cognitive process 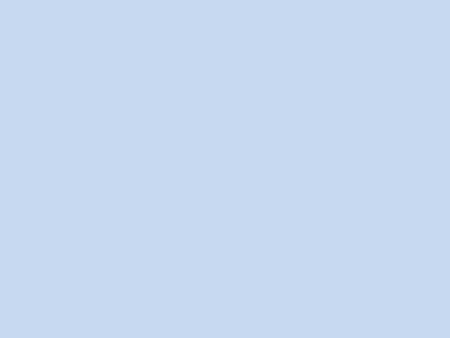