2 The aim of international insolvency law – the reasons for its establishment Insolvency may be generally understood as situation when the debtor has not sufficient financial resources to comply with his obligations (is not able to pay his debts). Each national law has its own regulation of this situation – with the aim of redistribution of available debor‘s resources to his creditors in such way that each creditor gains at least a part of his receivable. A problem may arise when the debtor has his assets not only in one country --- there are big differences between the national regulations and to cover the debor‘s assets in another country by the effects of insolvency proceedings in one country may cause big troubles (may be incompatible with the national law of the other state.)

4 The efforts of unification of international insolvency law 1997 – UNCITRAL Commission prepared the Model law on cross-border insolvency. This law regulates especially the position of the bankruptcy trustee, the recognition of the insolvency proceeding in foreigner country. Under this law insolvency proceeding in one state has no direct effects in another country – sets down conditions for international legal aid. Since 1990 there exists European convection on certain international aspects of bankruptcy – it is opened for the signature, but the ratification procedures are very slow, the convention has not entered into force yet. (no complex regulation, only ceratain aspects are regulated).

6 Regulation on insolvency proceedings General characteristics Entered into force – 31.5.2002. For all Member states with the exception of Denmark. Is based upon the principle of controlled universality, but is different from the UNCITRAL Model law.

10 Regulation on insolvency proceedings – the principle of controlled universality The jurisdiction to open insolvency proceeding have the courts of the Member state within the territory of which the centre of a debtor‘s main interests is situated – see also judgment Judgment of the Court (Grand Chamber) of 2 May 2006. Eurofood IFSC Ltd. In the case of company or legal person – the place of main interests is the place of the registered office (in absence of proof to the contrary). It is the so called „main insolvency proceeding“ – with the effects on the assets of the debtor situated in another Member state as well. The liquidator appointed in this proceeding may exercise his powers in another Member state as well as long as no other proceeding has not been opened there. 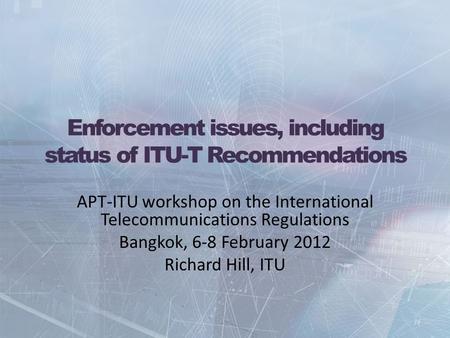 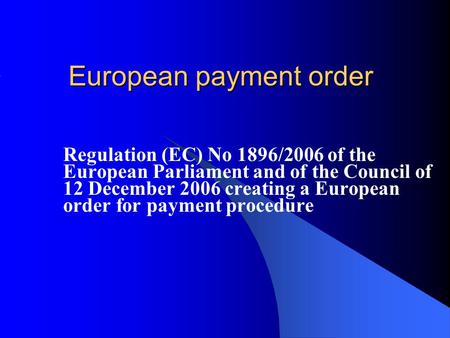 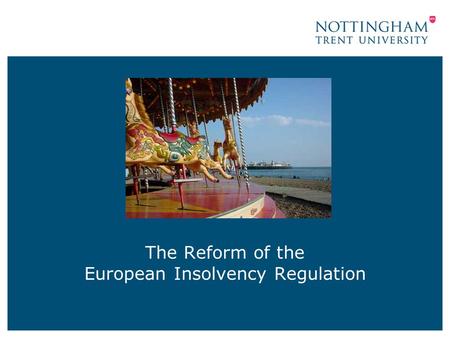 The Reform of the European Insolvency Regulation. 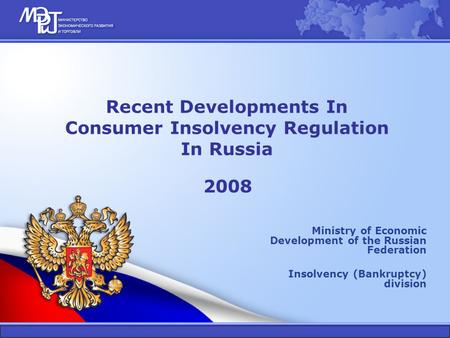 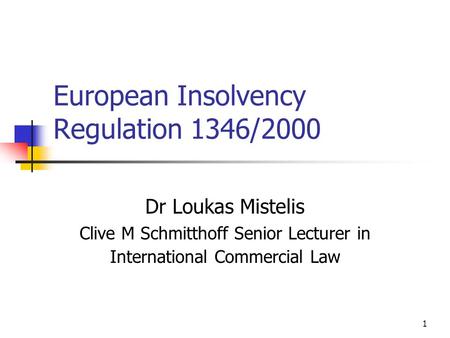 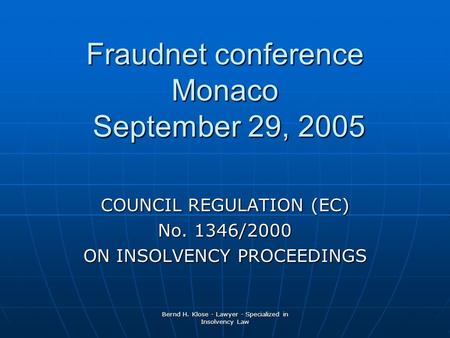 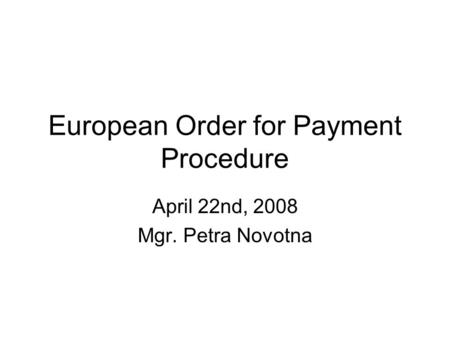 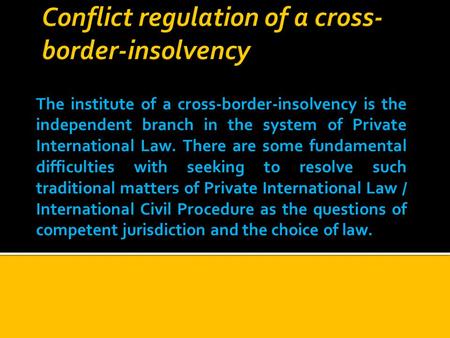 The institute of a cross-border-insolvency is the independent branch in the system of Private International Law. There are some fundamental difficulties. 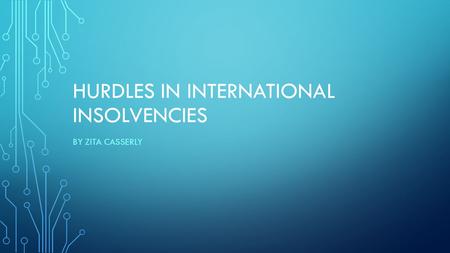 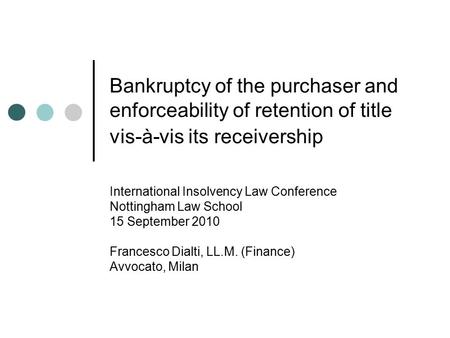 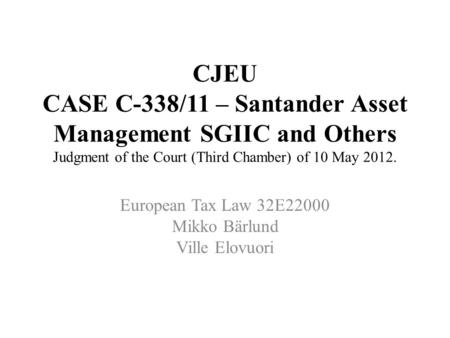 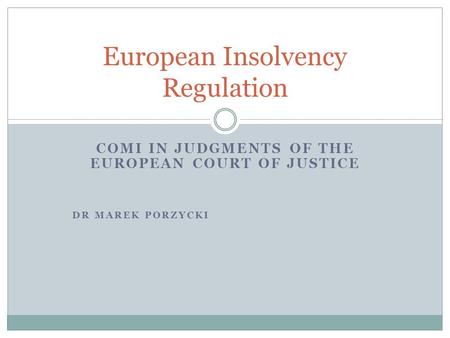