6 Removing Background Coil at NHMFL Background coil was removed prior to shipping to Fermilab and it was disposed in Florida 3/15/2012R. Carcagno - MICE CC Testing at Fermilab6

9 Insert Cold Mass will be supported from the top plate Lateral motion due to magnetic forces will be restrained by supports attached to a column bolted to the bottom of the cryostat Cold mass and column will be wrapped with MLI 3/15/2012R. Carcagno - MICE CC Testing at Fermilab9

13 Cryogenic System A simple scheme is proposed based on supplying LHe to the test cryostat from a large CHL LHe dewar, and a heater to warm up all the return gas to room temperature The 10,000 Gallon LHe dewar will be refilled as needed by the CHL liquefier Controlled cooldown is accomplished by mixing of room temperature He gas with the LHe supply 3/15/2012R. Carcagno - MICE CC Testing at Fermilab13 Test Cryostat P&ID CHL Cryo Distribution

16 Test Operations Preliminary estimates indicate that it would take up to 2.5 hours to cryogenically recover from a quench (to be verified by LBNL thermal analysis) Given the high magnet inductance of 596 H, it would take ~ 4 hours to ramp to full current (210 A) We anticipate no more than one training quenches per day A full thermal cycle is included after the coil has trained to verify that the coil “remembers” its training There could be several training quenches for this coil (50 or more?), so we estimate a total test run duration of approximately 2 months There will be a total of 4 Coupling Coils to be tested in this facility (one for MTA, two for MICE, and one spare) 3/15/2012R. Carcagno - MICE CC Testing at Fermilab16

19 LBNL Responsibilities Specify test requirements and provide test run plan documentation Prepare the CC assembly and deliver it to Fermilab ready for testing and installation in the test cryostat, including: – Cooling tubes and manifold – Coil quench protection system (cold diodes and resistors) – Coil assembly mechanical support system – Temperature sensors, voltage taps, and heater to initiate a quench – Drawings and documentation Deliver a 300 A power supply and energy absorption system LBNL is responsible for thermal and electrical analysis of the coil assembly, and for the performance of the coil’s cooling system and the passive coil quench protection system Test Support 3/15/2012R. Carcagno - MICE CC Testing at Fermilab19

23 Test Stand Project Risk Assessment This risk assessment does not include the MICE CC assembly, it is only for the test stand infrastructure From Fermilab’s Engineering Manual: 3/15/2012R. Carcagno - MICE CC Testing at Fermilab23 Engineering Chapter and Project threshold not exceeded: formal controls not required Will follow good documentation practices and reviews Most critical elements are schedule, complex interfaces, and resource availability – Must keep scope to a minimum and make design choices consistent with a fast-track schedule

26 Summary All elements are in place to proceed with a MICE CC Test Stand installation at CHL. Detailed design in progress, and procurement of long lead items started. No technical issues: technology well understood and based on prior experience Critical project elements: tight schedule, complex interfaces, and availability of skilled people – Must be given very high priority at LBNL, FNAL/AD, and FNAL/TD – Must make sure scope is kept to a minimum – Still, schedule is very optimistic! 3/15/2012R. Carcagno - MICE CC Testing at Fermilab26 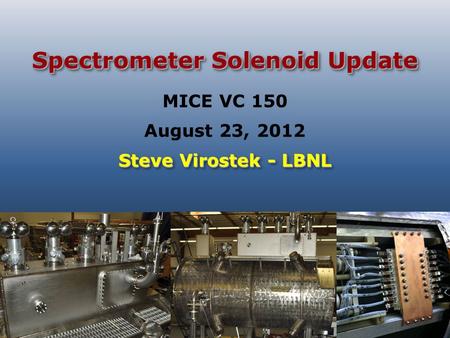 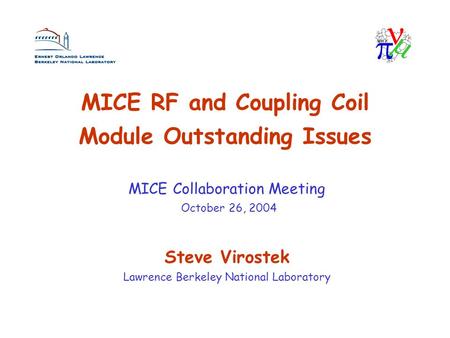 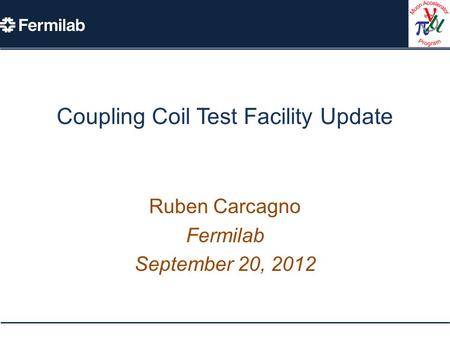 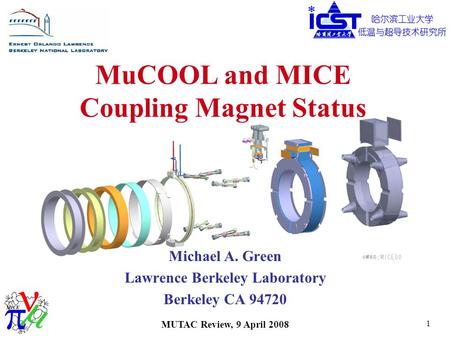 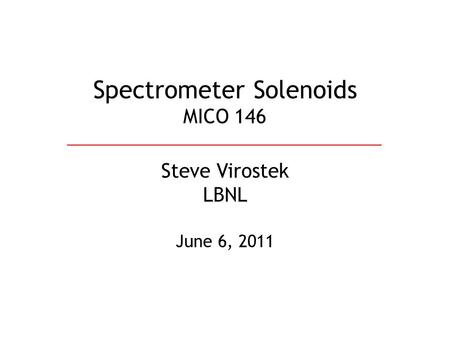 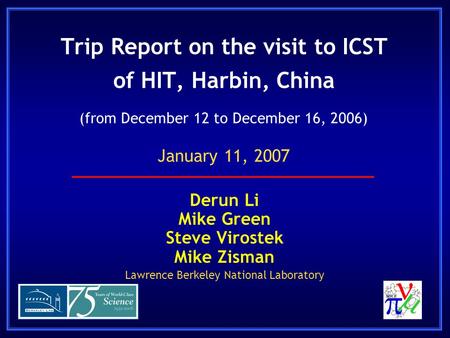 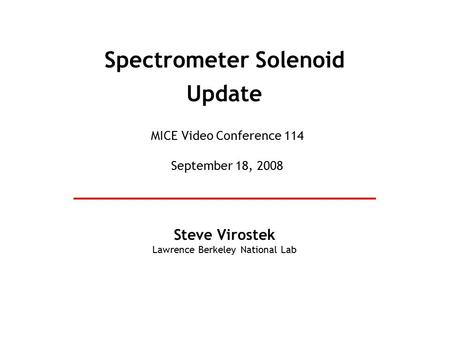 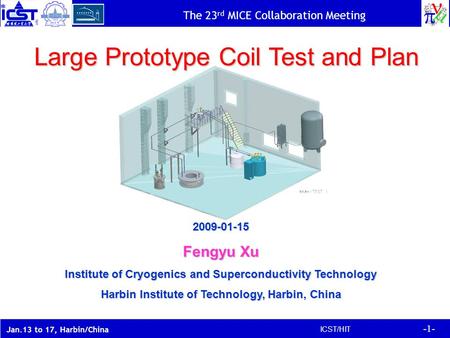 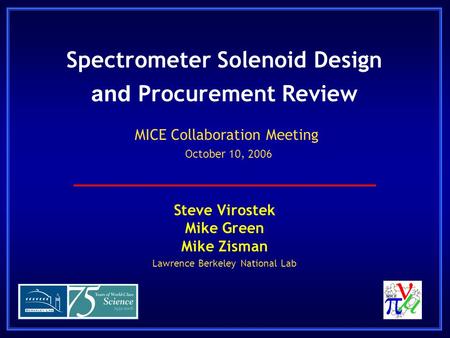 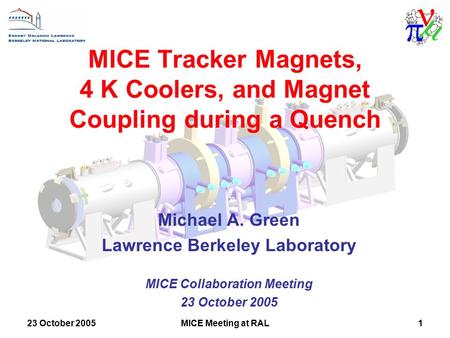 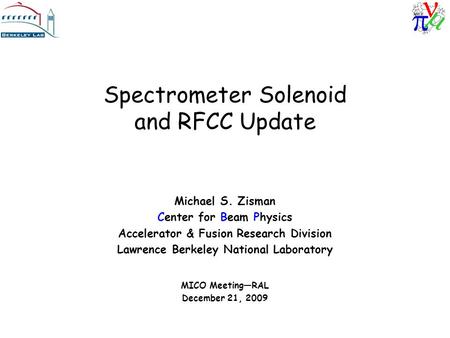 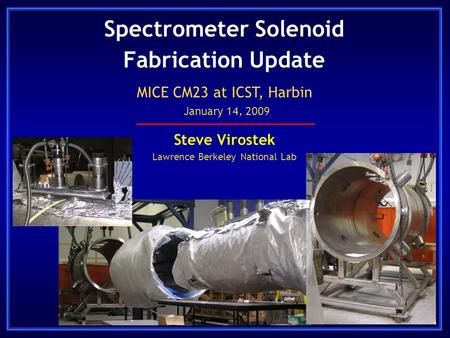 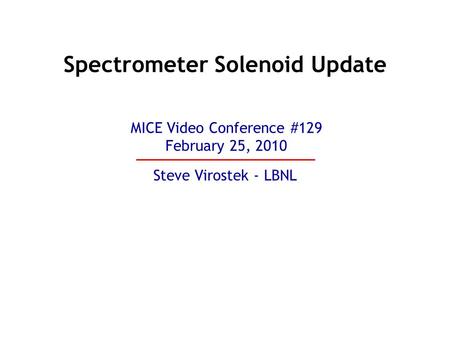 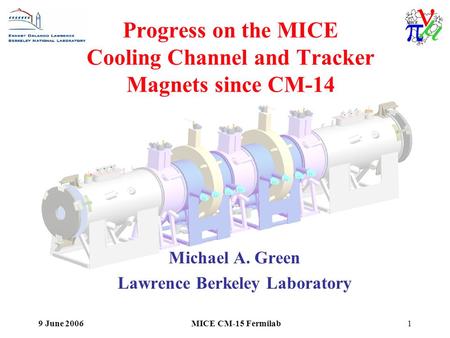 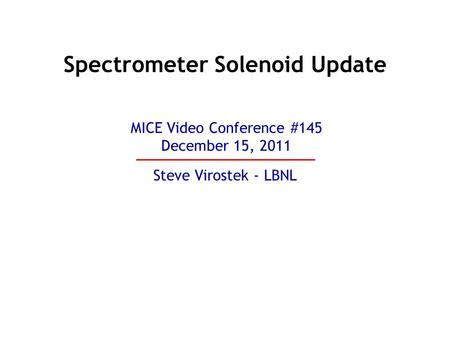 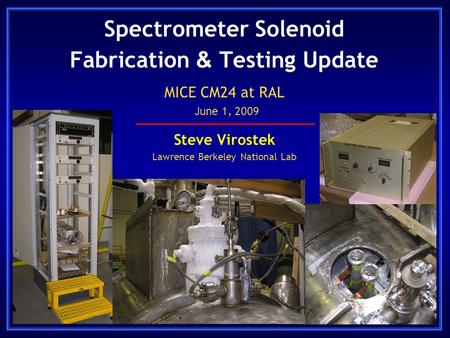 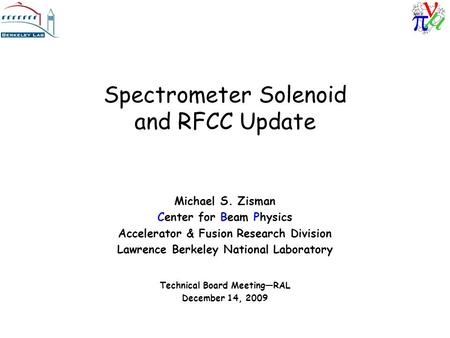 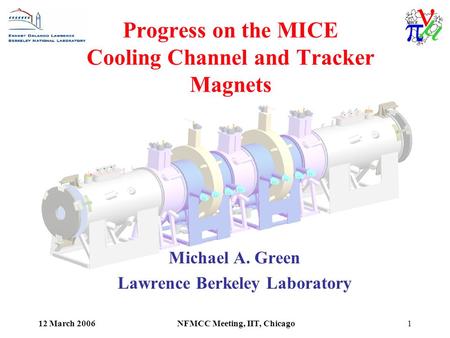 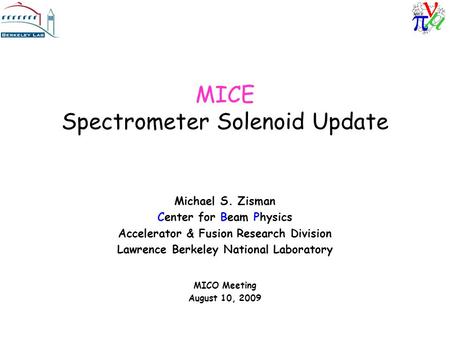 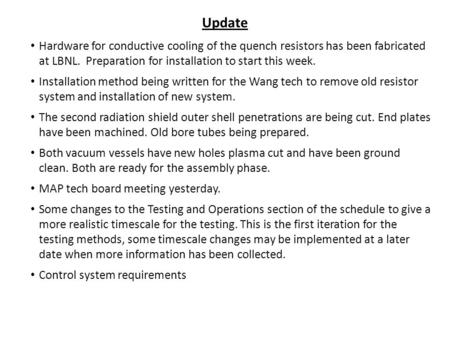 Update Hardware for conductive cooling of the quench resistors has been fabricated at LBNL. Preparation for installation to start this week. Installation.