13 Loss of function mutations in these genes associated with abnormalities of olfaction (anosmia, hyposmia) -Kallmann syndrome-

14 New Modulators of GnRH Synthesis and Secretion (2009)
Products of TAC3 and TACR3 Prof. Kemal Topaloğlu -Reproductive function might recover after adolescence in both males and females

15 These are subjects with CDGD in the families of many patients with IHH
(CDGP=CDGD : Absence of micropenis and crypthorchidism, endogenous initiation of sexual maturation by age 18 yr ) These aberrations of pubertal timing are varying clinical manifestations of a broad phenotypic expression of disordered regulation of GnRH pulse generation.

16 Investigation of Delayed Puberty
For practical purposes , the complete absence of signs of puberty after 14 years requires investigation.

17 Growth rate, rate of epiphyseal maturation and rate of advance in sexual maturation have all to be considered in order to attempt to separate those children with abnormal endocrine function from those with constitutional delay of growth and puberty.

18 Pelvic ultrasound assessment
Unfortunately, there is no equivalent examination in males. Ovarian maturation continues throughout childhood and as the ovarian morphology reflects pulsatile Gn secretion, this examination can be used to distinguish constitutional delay from complete hypogonadotrophic hypogonadism. The examination may also be useful in the diagnosis of Turner’s syndrome and gonadal dysgenesis.

20 Serum gonadotrophin measurements:
Basal serum Gn is useful in the diagnosis of gonadal failure. After the age of 10 years, both LH and FSH concentrations are markedly elevated in gonadal failure.

21 GnRH Test GnRH test has no use in the investigation of delayed puberty. Such a test is inappropriate in that Gn release is tested at the pituitary rather than the hypothalamic level. Spontaneous Gn secretion

22 hCG Test: Serum testosterone concentrations before and after hCG offers a method of distinguishing between constitutional delay of growth and puberty and complete hypogonadotrophic hypogonadism in the majority of cases.

23 Serum prolactin: Prolactinomata are a rare cause of delayed puberty. However, this diagnosis will be missed unless serum PRL measurements is undertaken.

24 Neuroradiology: Tms of the hypothalamo-pituitary region may present as an evolving endocrinopathy of which the loss of Gn and GH are early in the sequence of the development of panhypopituitarism.

26 CDGP: Stature reduced for chronological age but appropriate for pubertal development and bone maturation. Family history of delayed puberty Much more common in boys than girls 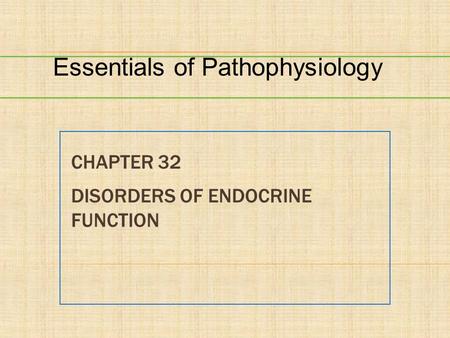 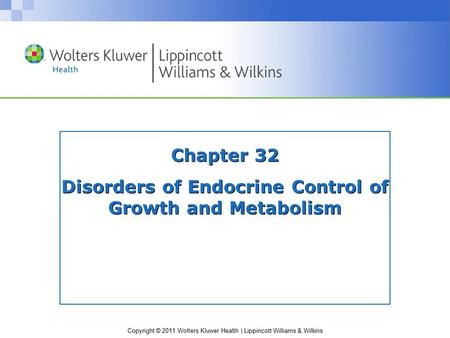 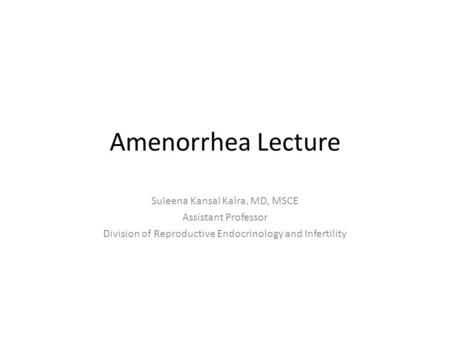 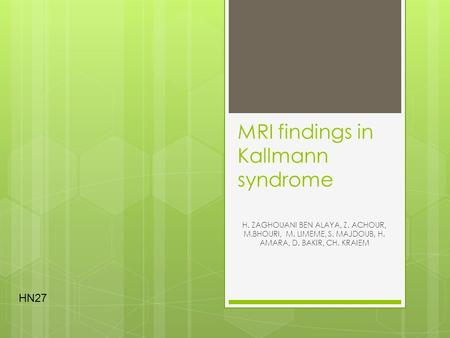 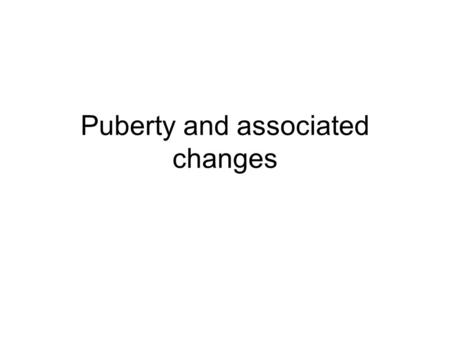 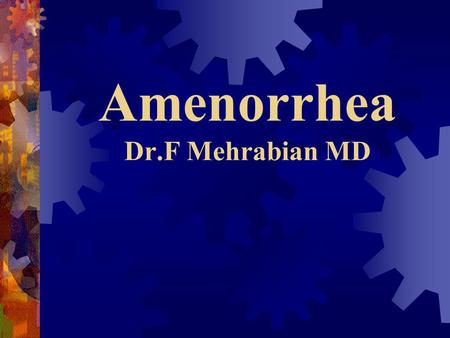 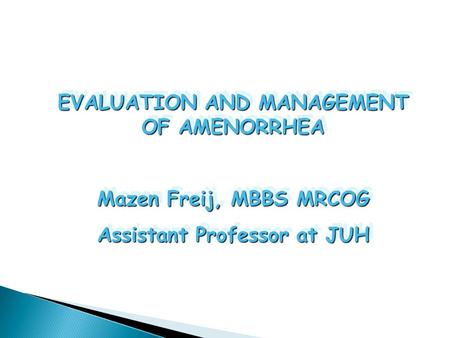 EVALUATION AND MANAGEMENT OF AMENORRHEA Assistant Professor at JUH 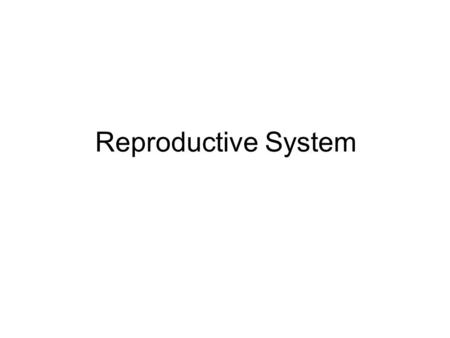 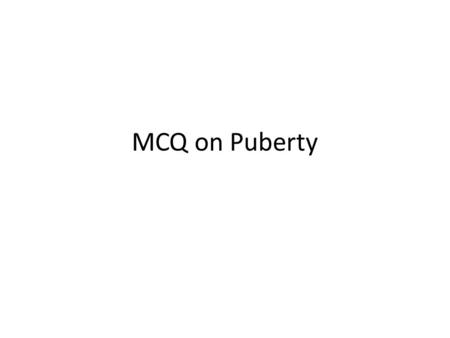 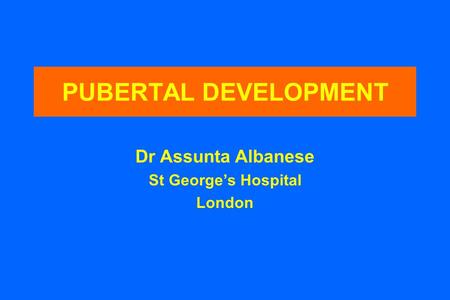 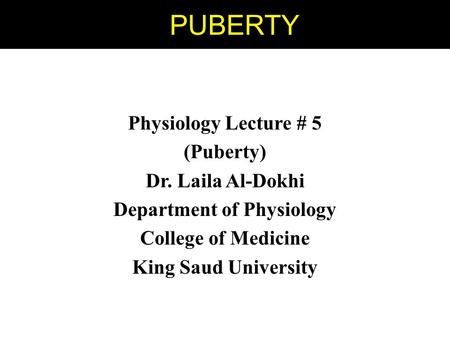 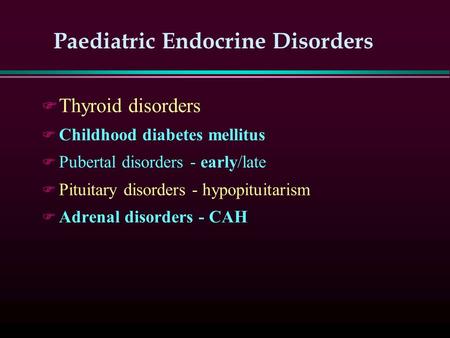 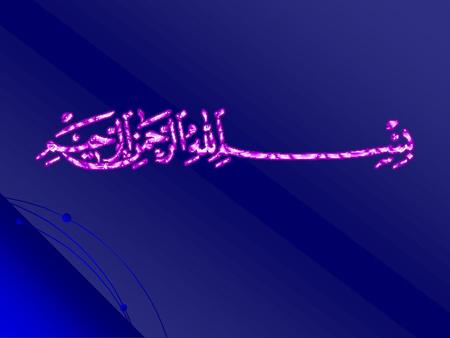 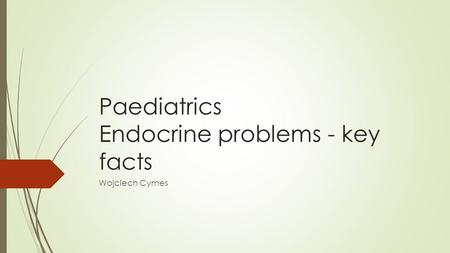 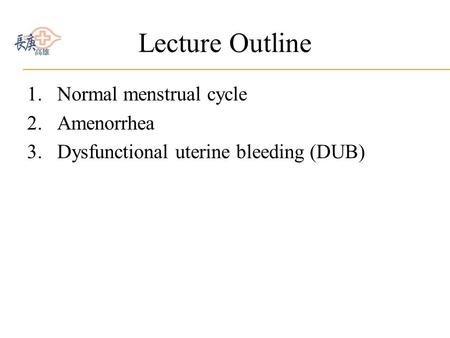 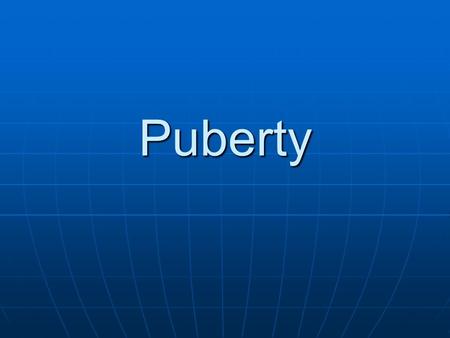 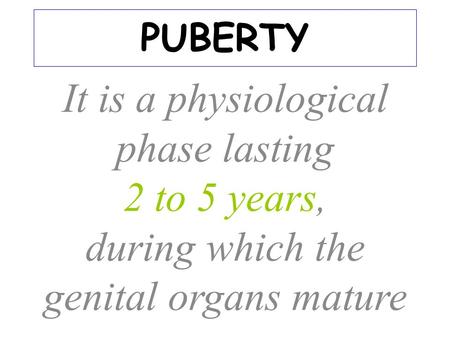 PUBERTY It is a physiological phase lasting 2 to 5 years, during which the genital organs mature. 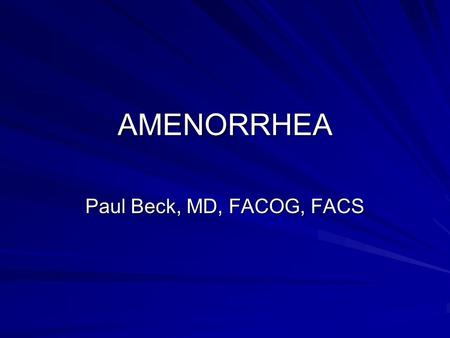 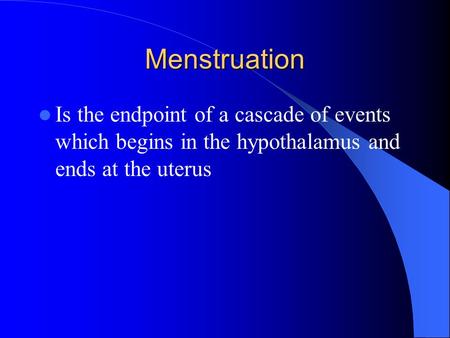 Menstruation Is the endpoint of a cascade of events which begins in the hypothalamus and ends at the uterus. 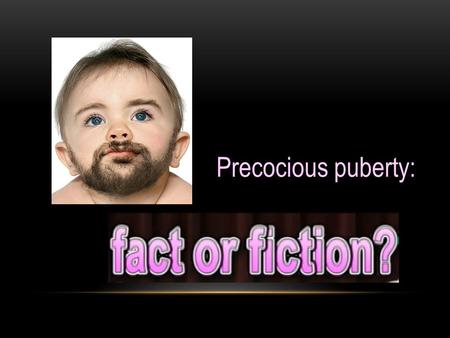