2 Temporal Logic: Overview
Temporal Logic was designed for expressing the temporal ordering of events and states within a logical framework State is an assignment of values to the model’s variables. Intuitively, the system state is a snapshot of the system’s execution, in which every variable has some value Event is a trigger (e.g., signal) that can cause a system to change its state and won’t persist CS6133

3 Trace In temporal logic, the notion of exact time is abstracted away
In temporal logic, we keep track of changes to variable values and the order in which they occur A trace σ is an infinite sequence of states that represents a particular execution of the system starts from an initial state s0, which is determined by the initials values of all the variables σ = s0, s1, s2, …… CS6133

4 Linear Temporal Logic Formula
In linear temporal logic (LTL), a formula f is evaluated with respect to a trace σ and a particular state sj in that trace CS6133

16 LTL Properties Precedence Chain (a before b before c) CS6133

18 Example: A Telephone System
Given the predicates CS6133

19 Examples Using Future Operators I
Formalize the following sentences in LTL A user always needs to pick up the phone before dialing After picking up the phone, the user eventually either goes back on hook or dials Whenever a user dialed a number and heard the ring tone, a connection will only result after the other user picks up the phone Immediately after the callee hangs up on a connection, the caller will hear an idle tone, then, the caller will hear a dial tone CS6133

35 Example of CTL Formulas
“It is possible to get to a state where started holds, but ready does not hold.” “For any state, if a request occurs, then it will eventually be acknowledged.” “It is always the case that a certain process is enabled infinitely often on every computation path.” CS6133 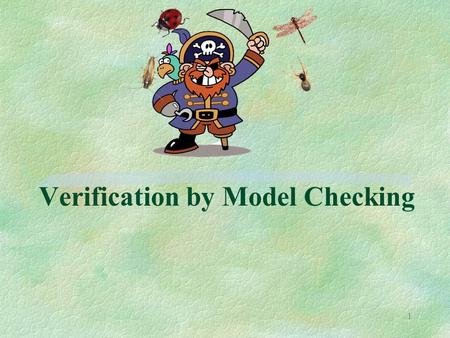 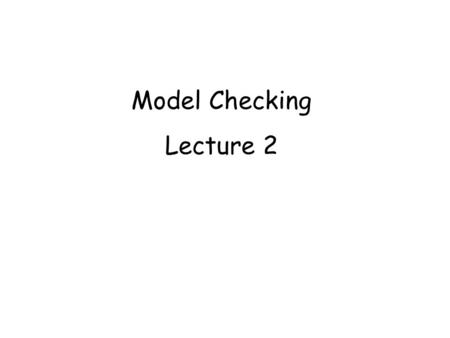 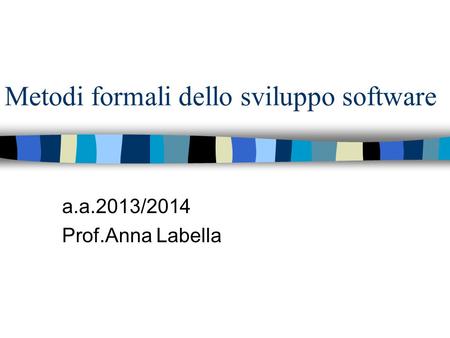 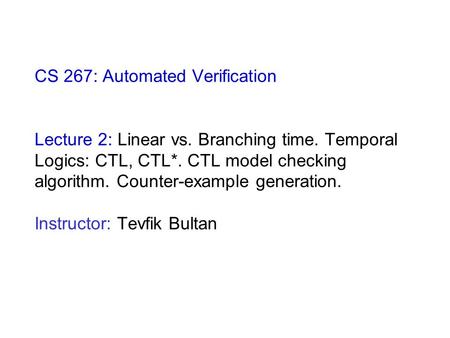 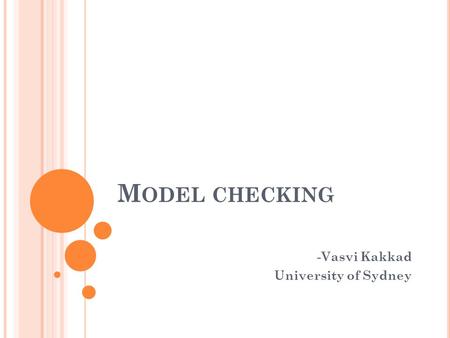 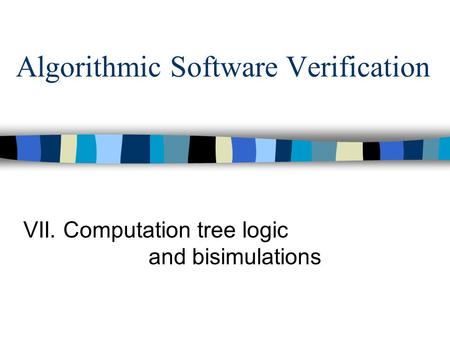 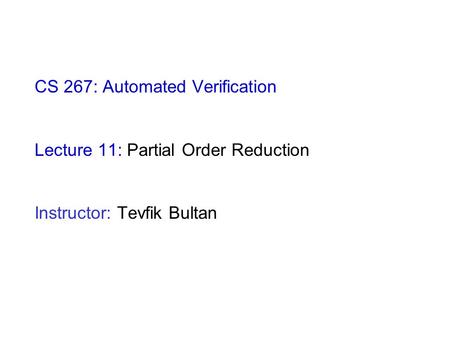 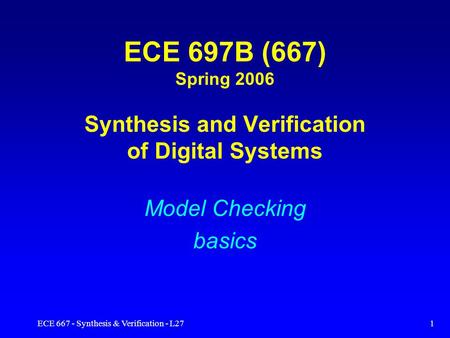 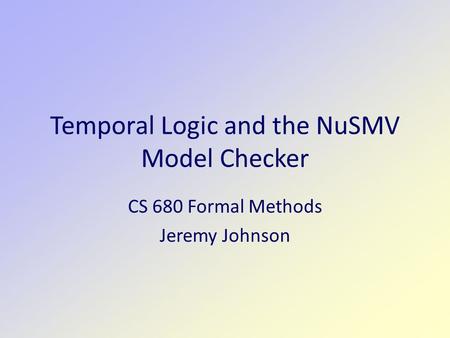 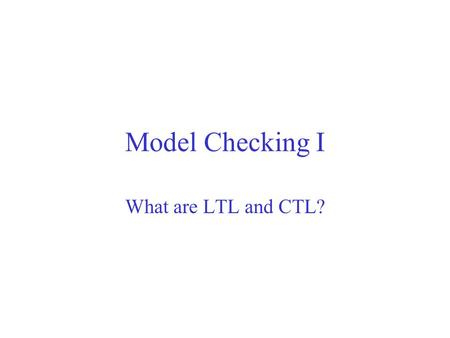 Model Checking I What are LTL and CTL?. and or dreq q0 dack q0bar. 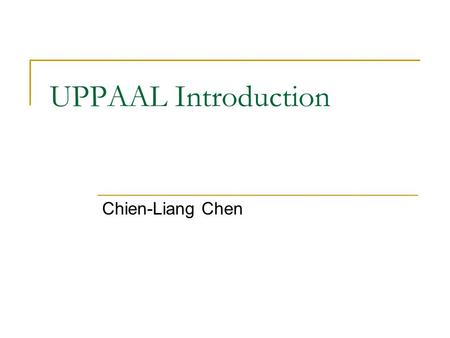 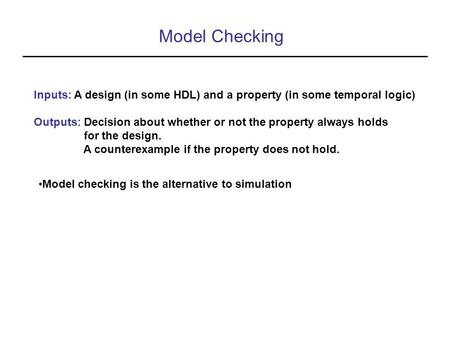 Model Checking Inputs: A design (in some HDL) and a property (in some temporal logic) Outputs: Decision about whether or not the property always holds. 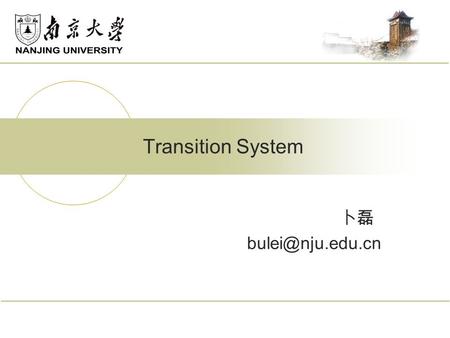 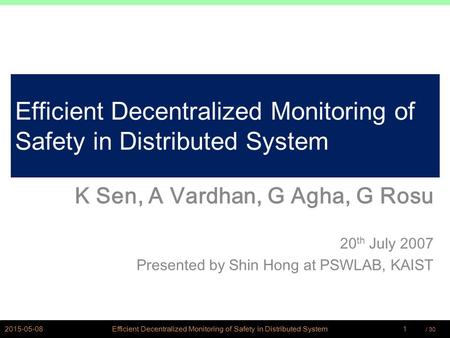 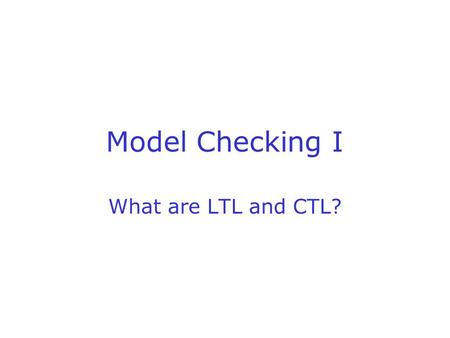 Model Checking I What are LTL and CTL?. and or dreq q0 dack q0bar D D. 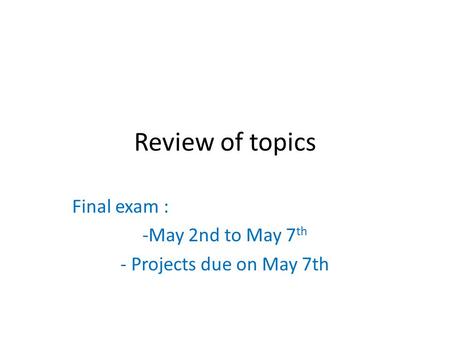 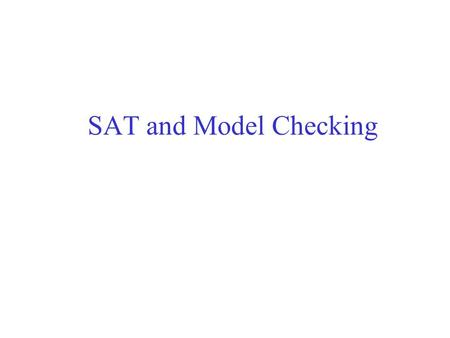 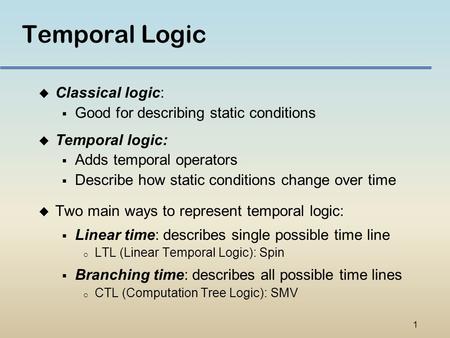 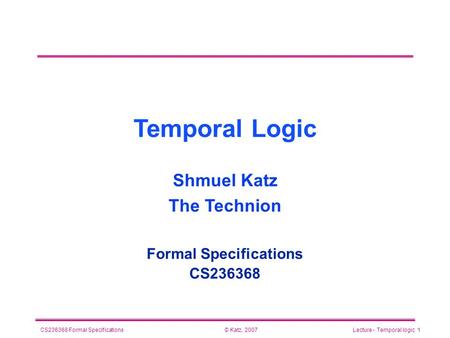 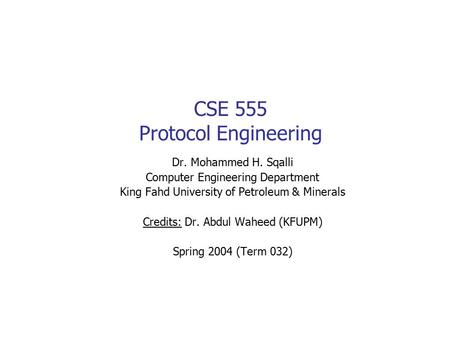