2 What is the topic? The topic is about how is Biomimicry of co2 sequestering is reducing carbon dioxide gas from the atmosphere. Carbon dioxide (CO2) capture and sequestration (CCS) is a set of technologies that can greatly reduce CO2 emissions from new and existing coal- and gas-fired power plants and large industrial sources. CCS is a three-step process that includes: Capture of CO2 from power plants or industrial processes Transport of the captured and compressed CO2 (usually in pipelines).

3 What is the topic? Underground injection and geologic sequestration (also referred to as storage) of the CO2 into deep underground rock formations. These formations are often a mile or more beneath the surface and consist of porous rock that holds the CO2. Overlying these formations are impermeable, non-porous layers of rock that trap the CO2 and prevent it from migrating upward.

5 Watch the following videos to learn more about how CCS works:

6 Why it is important to you, and to humans in general?
CO2 is greenhouse gas require by earth to maintain normal temperature and sustain life Global warming CO2 trap in water increase acidity level Destroy zooplankton  no food sea creature  no seafood for us Increase respiratory infection Asthma & disease like cancer

7 Why it is important to you, and to humans in general?
Increase flood, earthquake, droughts, volcanoes, hurrican Human death & animal death

8 What the nature of the environmental problem is ?
One of the main greenhouse gases, carbon dioxide, CO2, is a colorless, odorless gas that is naturally emitted from the earth’s surface, as well as through the human function, respiration, and the plant function, photosynthesis. Carbon dioxide is released during exhalation and is used by plants as a necessary component for photosynthesis, which yields glucose, a carbohydrate that must be consumed by humans in order to have energy.

9 The natural release of carbon dioxide is represented in the diagrams below,

10 What the nature of the environmental problem is ?
Beside from these natural processes, carbon dioxide is also emitted through the combustion or burning of fossil fuels such as coal, oil, and natural gas.  Combustion occurs when vehicles are driven as well as when power plants and industrial plants are utilized.

11 This pie chart can be used to break down carbon dioxide emission .

14 It affects marine ecosystem
When carbon dioxide absorbs in sea water it creates carbonic acid, which lowers the pH level of the water. This is called ocean acidification.  On top of ocean acidification, global warming from increased atmospheric carbon levels is also warming the oceans.  Both ocean warming and acidification is causing coral bleaching. This, in essence, is killing coral reefs, which are one of the most diverse and ecologically important habitats in the world. 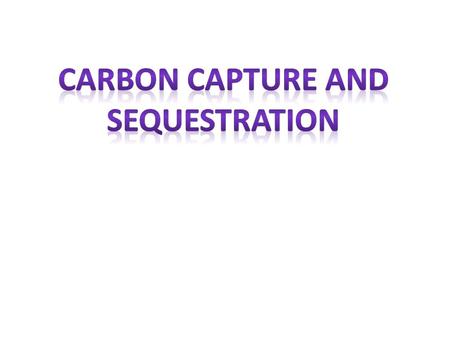 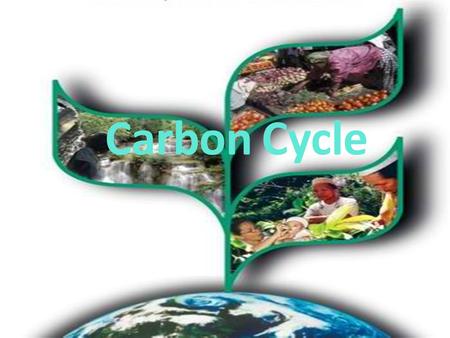