6 Design of Members for Combined Forces
H1.3 Doubly symmetric rolled compact members in single axis flexure and compression For doubly symmetric rolled compact members with 𝐾𝐿 𝑧 ≤ 𝐾𝐿 𝑦 in flexure and compression with moments primarily about major axis, it is permissible to consider two independent limit states separately, namely, (i) in-plane instability, and (ii) out-of-plane or lateral-torsional buckling. This is instead of the combined approach of Section H1.1 For members with 𝑀 𝑟𝑦 𝑀 𝑐𝑦 ≥0.05, Section H1.1 shall be followed.

11 Design of Members for Combined Forces.
Steel Beam-Column Selection Tables Table 6-1 W shapes in Combined Axial and Bending The values of p and bx for each rolled W section is provided in Table 6-1 for different unsupported lengths KLy or Lb. The Table also includes the values of by, ty, and tr for all the rolled sections. These values are independent of length

14 First-Order Analysis The most important assumption in 1st order analysis is that FORCE EQUILIBRIUM is established in the UNDEFORMED state. All the analysis techniques taught in CE270, CE371, and CE474 are first-order. These analysis techniques assume that the deformation of the member has NO INFLUENCE on the internal forces (P, V, M etc.) calculated by the analysis. This is a significant assumption that DOES NOT work when the applied axial forces are HIGH.

22 Further Moment Amplification
D + P D = Mmax As you can see, there is a moment amplification due to the sway of the beam chord by . This is also referred as the story P- effect that produces second-order moments in sway frames due to inter-story drift. All the beam-columns in the story will have P- effect

23 Further Moment Amplification
The design moments for a sway frame (or unrestrained frame) can be obtained from a first order analysis. But, the first order moments will have to amplified to account for second-order P- effects. According to the AISC specification, this amplification can be achieved with the factor B2

25 The final understanding
The required forces (Pr, Vr, and Mr) can be obtained from a first-order analysis of the frame structure. But, they have to be amplified to account for second-order effects. For the braced frame, only the P- effects of deflection from the chord will be present. For the sway frame, both the P- and the P- effects of deflection from and of the chord will be present. These second-order effects can be accounted for by the following approach. Step 1 - Develop a model of the building structure, where the sway or interstory drift is restrained at each story. Achieve this by providing a horizontal reaction at each story Step 2 - Apply all the factored loads (D, L, W, etc.) acting on the building structure to this restrained model.

26 The final understanding
Step 3 - Analyze the restrained structure. The resulting forces are referred as Pnt, Vnt, Mnt, where ‘nt’ stands for no translation (restrained). The horizontal reactions at each story have to be stored Step 4 - Go back to the original model, and remove the restraints at each story. Apply the horizontal reactions at each story with a negative sign as the new loading. DO NOT apply any of the factored loads. Step 5 - Analyze the unrestrained structure. The resulting forces are referred as Plt, Vlt, and Mlt, where ‘lt’ stands for lateral translation (free). Step 6 - Calculate the required forces for design using Pr = Pnt + B2 Plt Vr = Vnt + B2 Vlt Mr = B1 Mnt + B2 Mlt 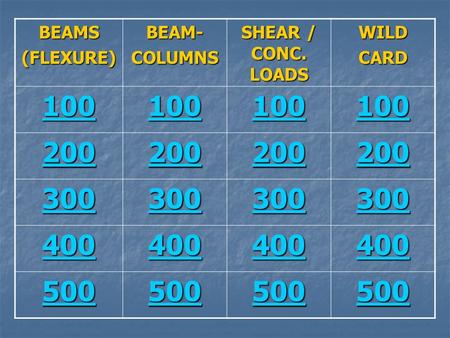 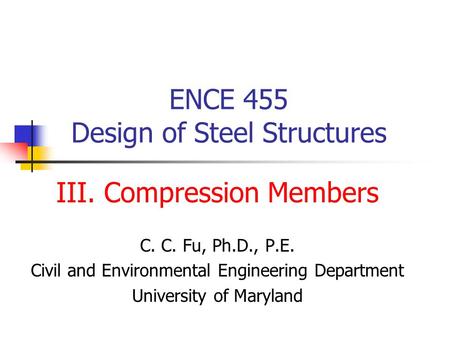 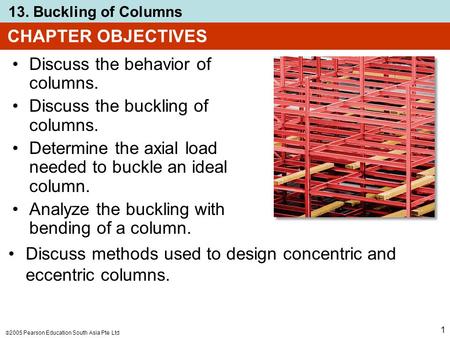 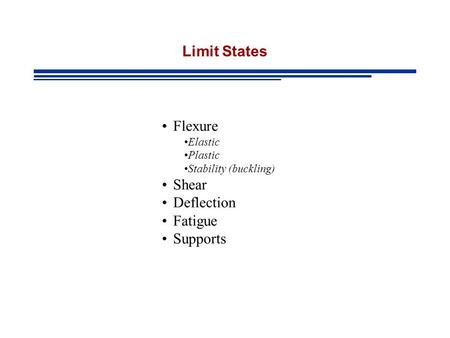 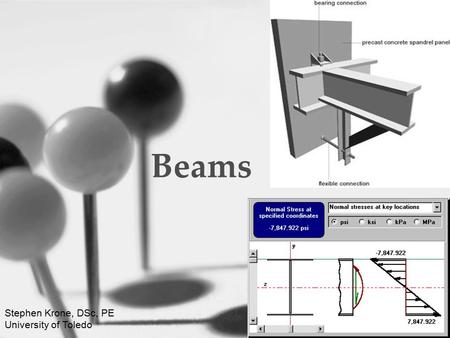 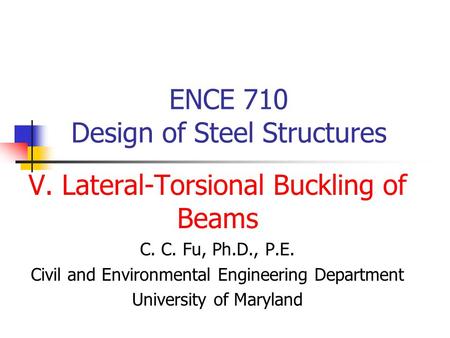 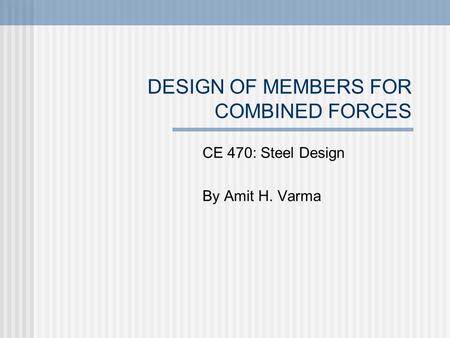 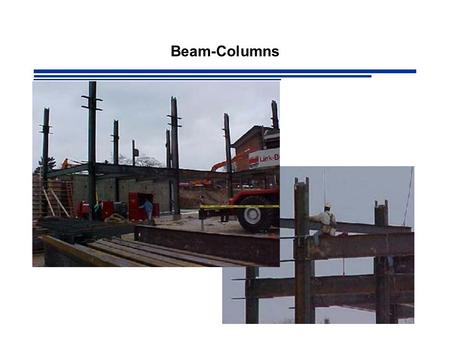 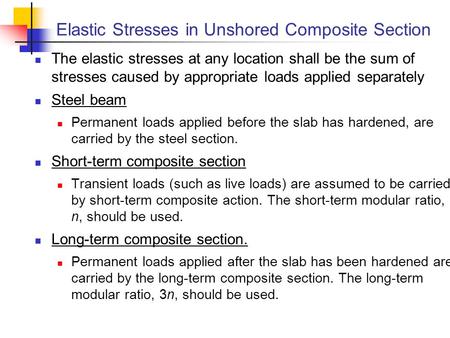 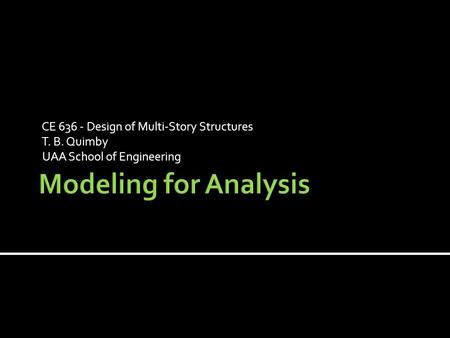 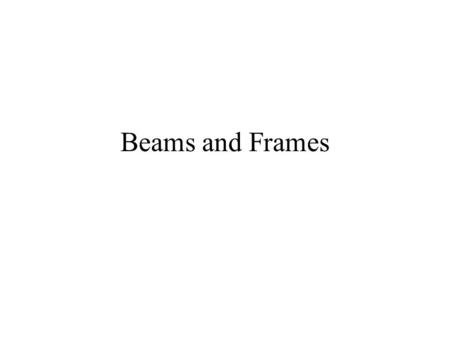 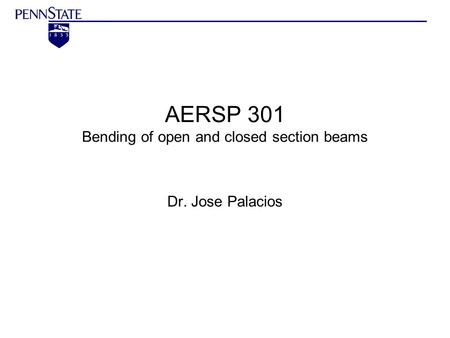 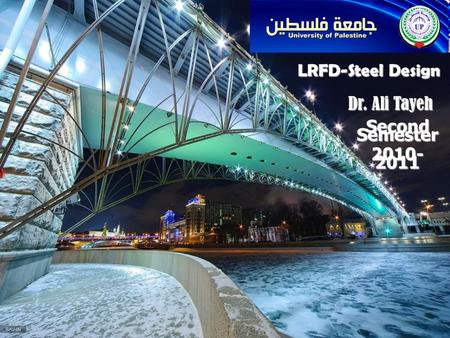 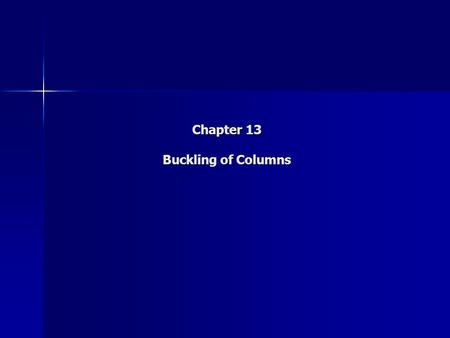 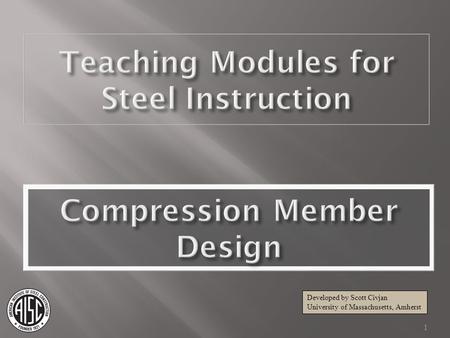 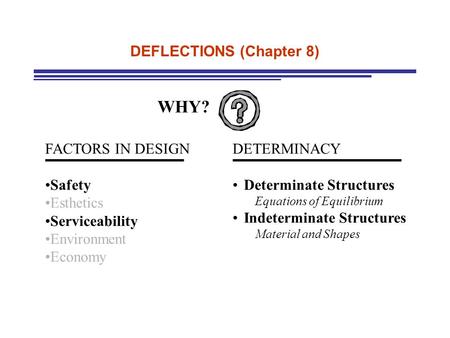 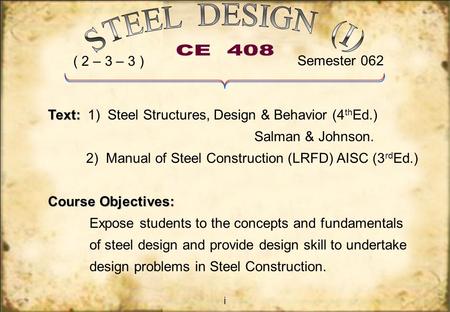 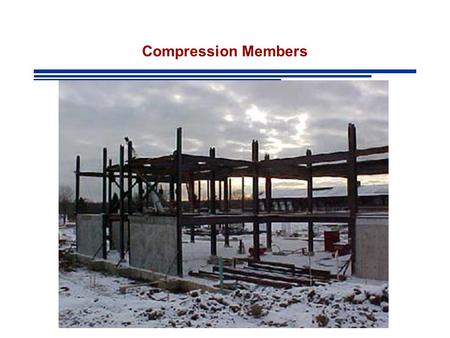 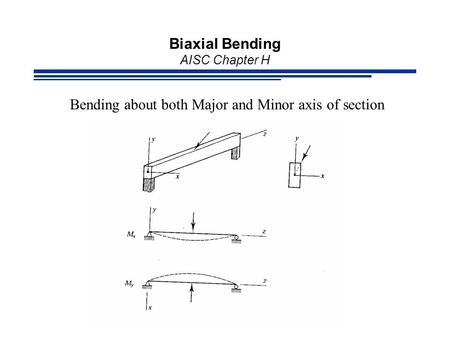 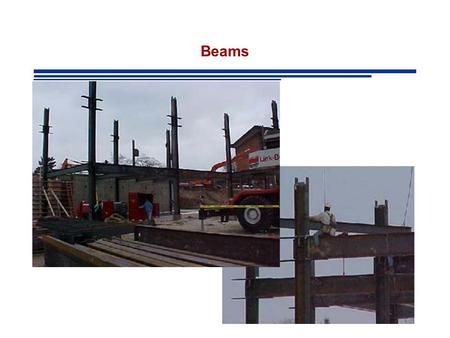