2 External Anatomy Anterior -the front end of a worm is the thicker and fleshier part of the body. Posterior- the thinner back end

4 External Anatomy continued
Clitellm is about 1/3 back from the anterior of the worm. It is thick and cylindrical. (1) Setae are bristles on the ventral side of the worm. These hair-like structures help the worm move and sense its environment.

5 External Anatomy continued
Segments are little raised sections that look like rings around the earthworm’s body. The grooves between each segment are called septum.

7 Earthworms are invertebrates- they have no backbone.

8 Get ready now…. We are going to look inside the earthworm…

9 Circulatory System Dorsal blood vessel
Is the main vessel of the system and is on top of the digestive track.

10 Circulatory System Ventral blood vessel
Is on the opposite side of the dorsal vessel, below the digestive track. The two vessels cross over at the digestive tract. Earthworms have five pairs of “hearts” the pump and exchange blood.

12 Digestive System Earthworms are not picky eaters. They will eat anything from decay plants to animals. Mouth is located at the anterior end. Pharynx is a muscle that provides worms with a suction to pull food in its mouth.

13 Digestive System continued…
From there the food travels down the tube like structure called an esophagus. People have an esophagus as well. The food is temporary stored in a part of the body called the crop.

14 Digestive System continued…
The food is move from the crop into the gizzard. This is where food is ground up by strong muscle contractions. Food is next moved in the intestine for absorption. Material that is not absorbed is pass out through the anus on the anterior end.

16 Nervous System Ventral nerve cord is the major component of the nervous system. It runs the entire length of the worm on the ventral side. (2)

17 Nervous System continued…
The brain is located at the anterior end of the worm and is connected to the ventral nerve cord. (9) 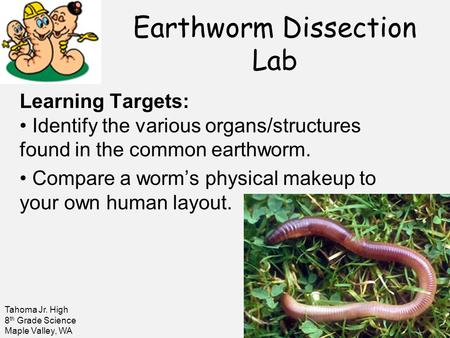 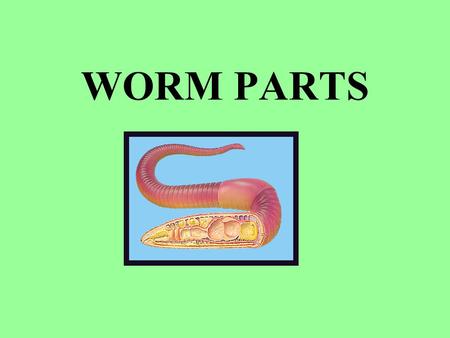 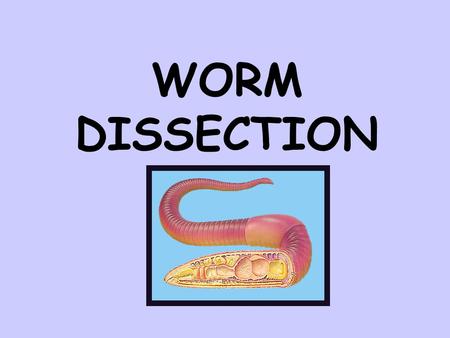 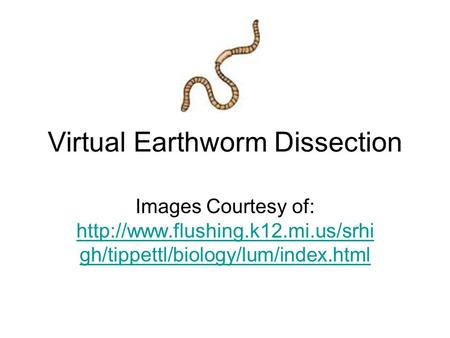 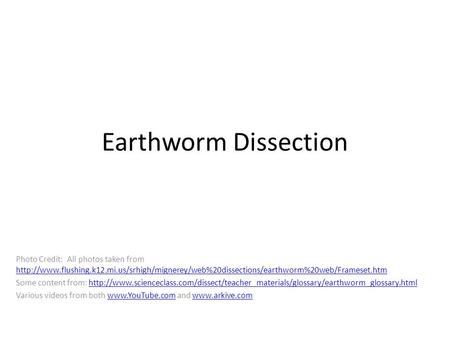 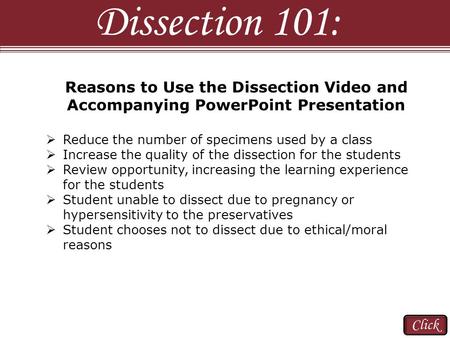 Dissection 101: Reasons to Use the Dissection Video and 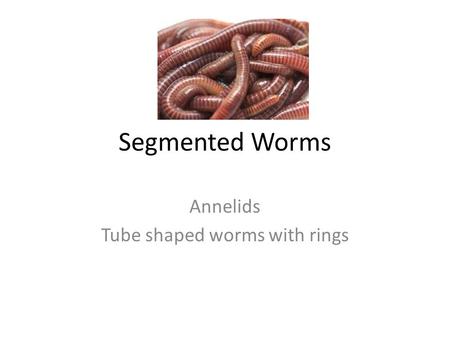 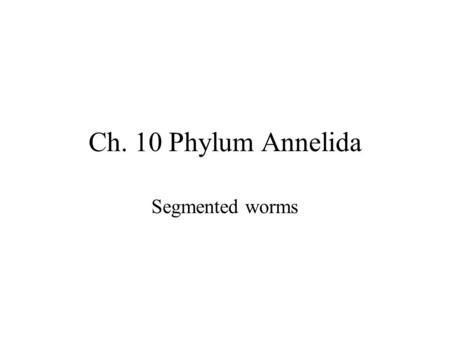 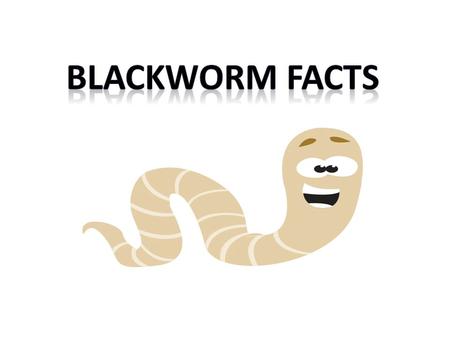 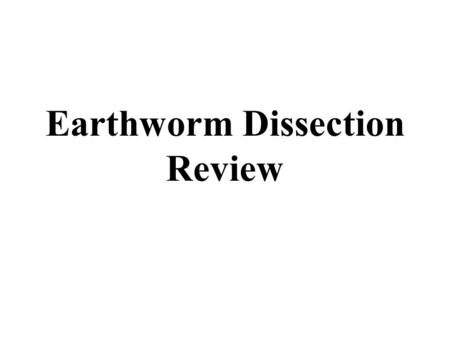 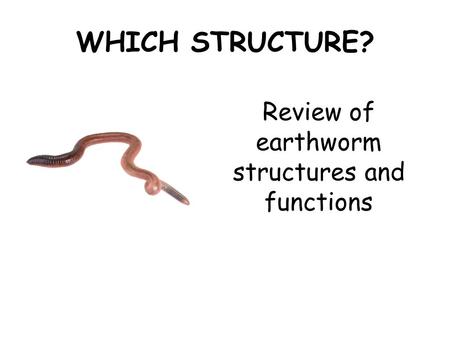 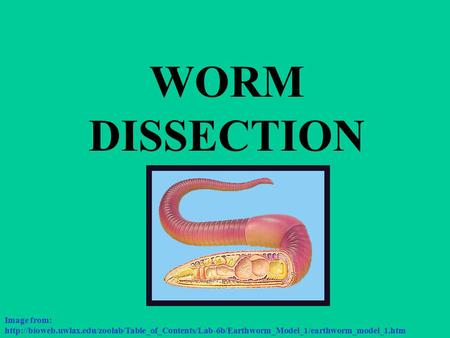 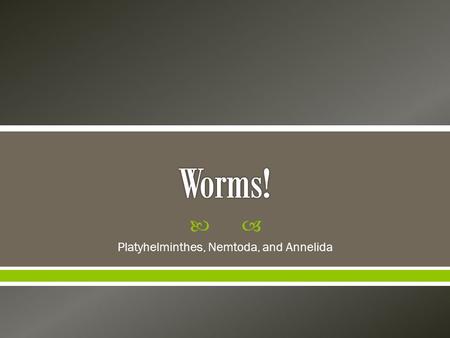 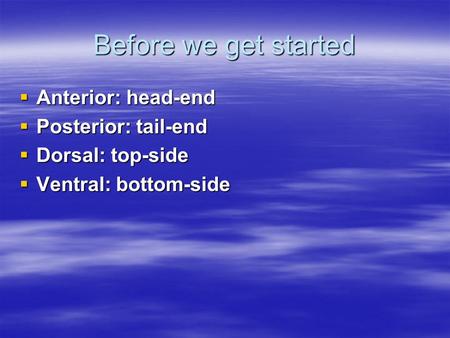 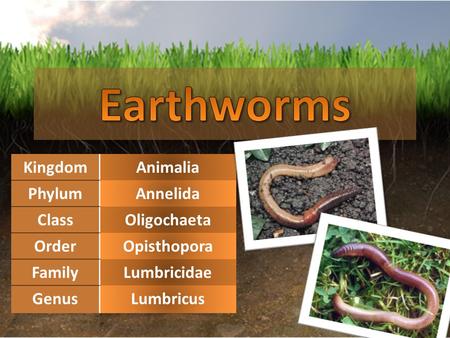 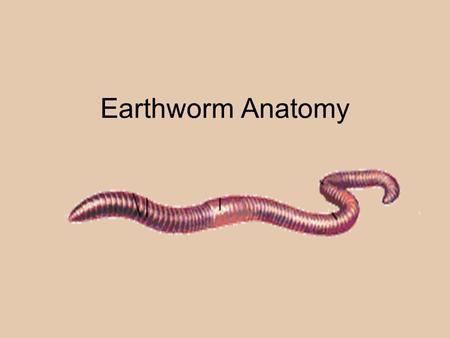 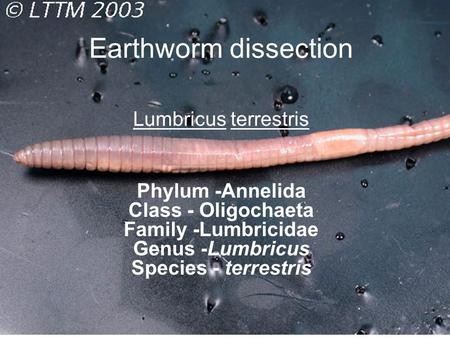 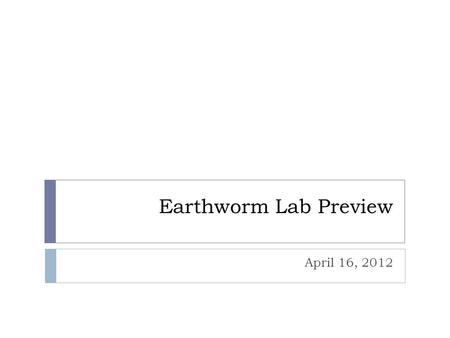 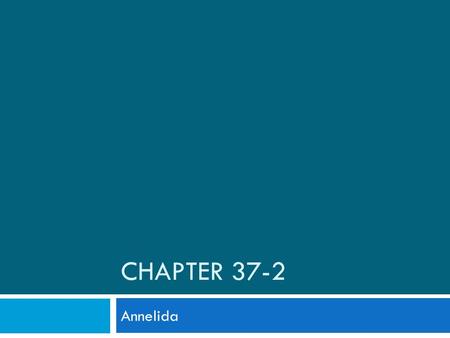 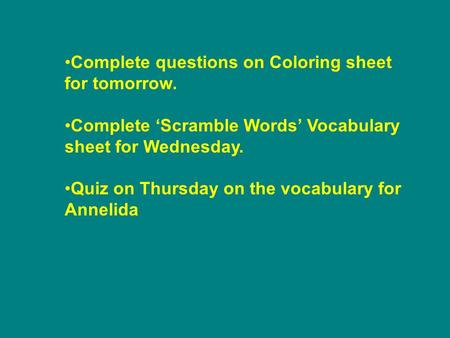