2 Seven Bridges of K ⍥ nigsberg Is it possible to walk along a route that cross each bridge exactly once?

5 What is a Graph A graph G = (V, E) consists of V, a nonempty set of vertices (or nodes) and E, a set of edges. Each edge connects a pair of nodes that are called its endpoints. Graphs are widely used to model various systems in the real world

6 Back to the Bridges of K ⍥ nigsberg

14 Problems in a computer network

20 A theorem THEOREM. An undirected graph has even number of vertices of odd degree. Can you prove this? It should follow from the handshaking theorem.

23 Types of graphs A cycle of a graph is a subset of its edge set that forms a path such that the first node of the path corresponds to the last.

25 Types of graphs Bipartite graph A simple graph is called bipartite if its vertex set V can be partitioned into two disjoint subsets V1 and V2, such that every edge in the graph connects a vertex in V1 to a vertex in V2. Can always be colored using two colors.

32 Connectivity  An undirected graph is connected if there is a path between every pair of distinct vertices of the graph.  A connected component is the maximal connected subgraph of the given graph.

34 Cut vertex, cut set, cut edge A cut vertex (or articulation point ) is a vertex, by removing which one can partition the graph. If multiple vertices need to be remove to partition the graph, then the minimal set of such edges a cut set. Examples taken from Wikipedia

37 Vertex Cover Minimal or minimum vertex cover is a famous problem in graph theory A vertex-cover of an undirected graph G=(V,E) is a subset V’ of V such that if edge (u, v) is an edge of G, then u is in V, or v is in V, or both. The set V′ is said to "cover" the edges of G

38 Dominating Set Computing a minimal or minimum dominating set is a famous problem in graph theory A dominating set for a graph G = (V, E) is a subset D of V such thatgraphsubset every vertex not in D is adjacent to at least one member of D. (from Wikipedia)

43 Shortest path: Dijkstra’s algorithm Read the algorithm from page 712 of your text book

47 Traveling Salesman Problem (TSP) A traveling salesman wants to visit each of n cities exactly once, and then return to the starting point. In which order should he visit the cities to travel the minimum total distance? TSP = Computing the minimum cost Hamiltonian circuit. TSP is an extremely hard problem to solve (NP-complete) An optimal TSP tour through Germany’s largest cities (Source: Wikipedia)

48 Planar Graph A planar graph is one that can be embedded in the plane, i.e., it can be drawn on the plane in such a way that its edges do not intersect except only at their endpoints. K4K4 K5K5 K 3,3 Butterfly Non-planar planar Non-planar

49 Planar Graph How to verify that a graph is a planar graph? It should not depend upon how you draw the graph. Any graph that contains a K 5 or K 3,3 as its sub-graph is not planar

50 Graph Coloring Let G be a graph, and C be a set of colors. Graph coloring finds an assignment of colors to the different nodes of G, so that no two adjacent nodes have the same color. The problem becomes challenging when the |C| is small. Chromatic number. The smallest number of colors needs to color a graph is called its chromatic number.

51 Graph Coloring The chromatic number of a tree is 2.

52 Graph Coloring What are the chromatic numbers of these two graphs?

53 Theorem. Any planar graph can be colored using at most four colors. Four color theorem It all started with map coloring – bordering states or counties must be colored with different colors. In 1852, an ex-student of De Morgan, Francis Guthrie, noticed that the counties in England could be colored using four colors so that no adjacent counties were assigned the same color. On this evidence, he conjectured the four-color theorem. It took nearly 124 years to find a proof. It was presented by Andrew Appel and Wolfgang Haken. 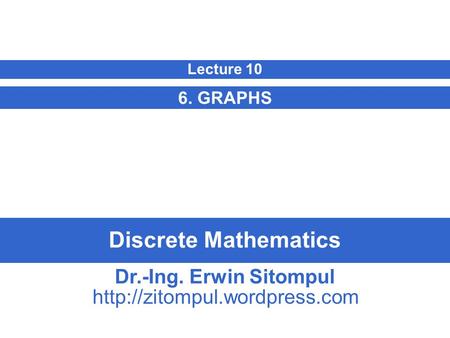 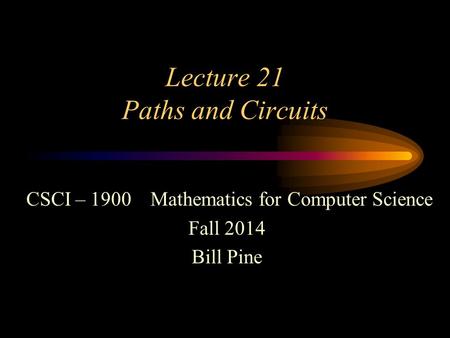 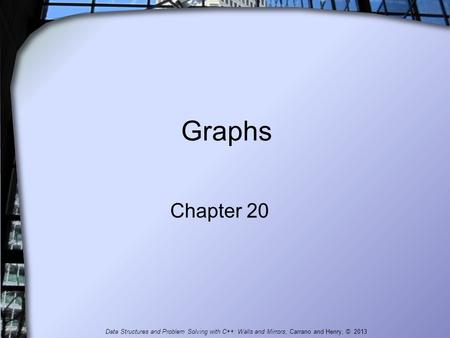 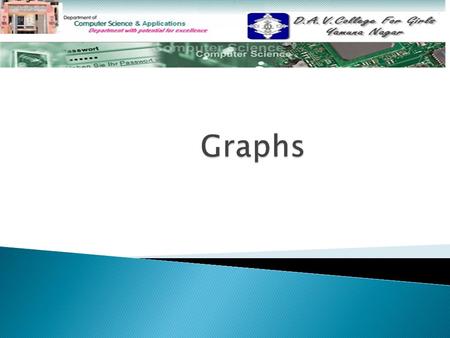 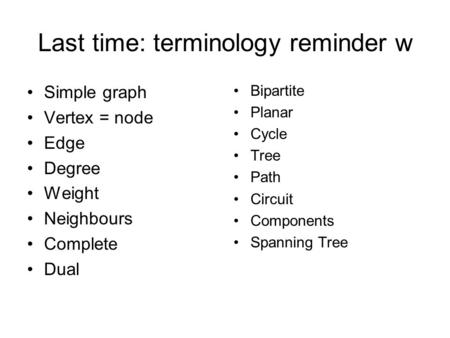 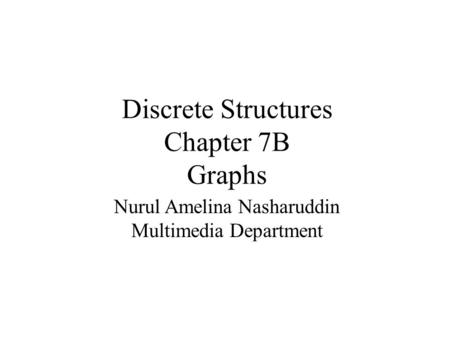 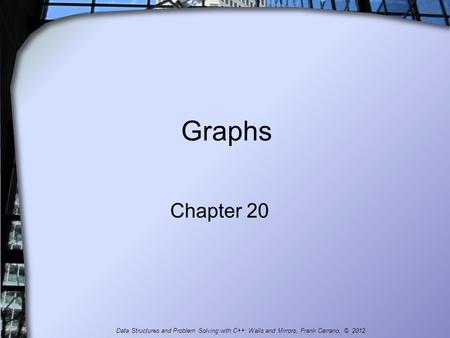 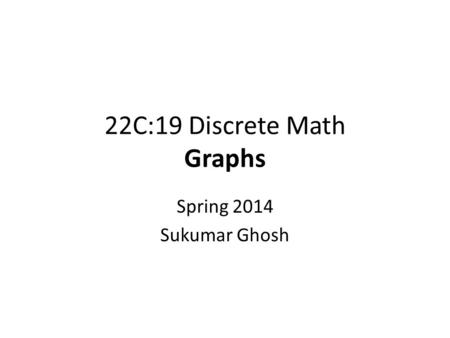 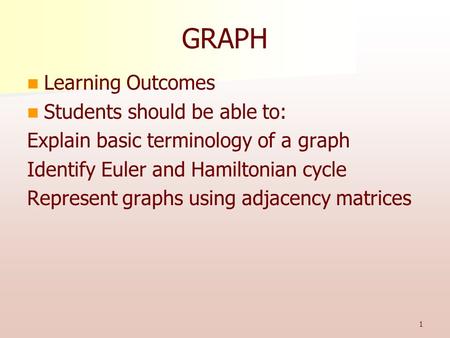 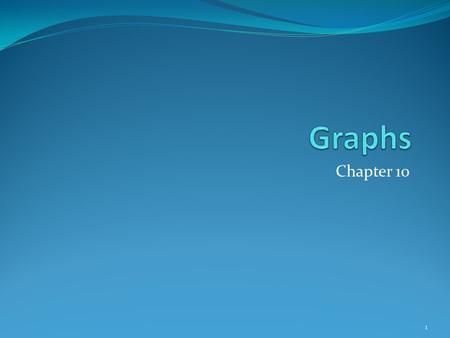