3 26.1 Resistors in Series and Parallel resistors in series © 2005 Pearson Education I

22 In a d’ Arsonval galvanometer, the deflection is proportional to the current in the coil. For a larger current range, a shut resistor is added, so some of the current bypasses the meter coil. Such an instrument is called an ammeter. If the coil and any additional series resistance included obey Ohm’s law, the meter can also be calibrated to read potential difference or voltage. The instrument is then called a voltmeter. A good ammeter has very low resistance; a good voltmeter has very high resistance. © 2005 Pearson Education

23 When a capacitor is charged by a battery in series with a resistor, the current and capacitor charge are not constant. The charge approaches its final value asymptotically and the current approaches zero asymptotically. The charge and current in the circuit are given by Eqs. (26.12) and (26.13). After a time τ=RC, the charge has approached within 1/e of its final value. This time is called the time constant or relaxation time of the circuit. When the capacitor discharges, the charge and current are given as functions of time by Eqs. (26.16) and (26.17). The time constant is the same for charging and discharging. (See Examples 26.12 and 26.13) © 2005 Pearson Education

25 In household wiring systems, the various electrical devices are connected in parallel across the power line, which consists of a pair of conductors, one “hot” and the other “neutral.” An additional “ground” wire is included for safety. The maximum permissible current in a circuit is determined by the size of the wires and the maximum temperature they can tolerate. Protection against excessive current and the resulting fore hazard is provided by fuses or circuit breakers. (See Example 26.14) © 2005 Pearson Education 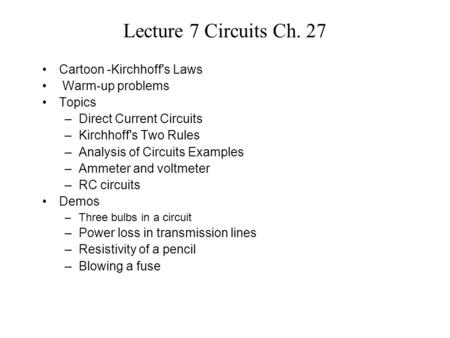 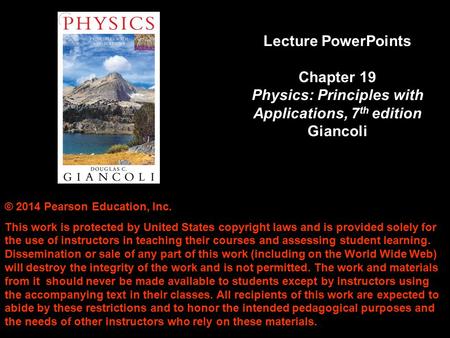 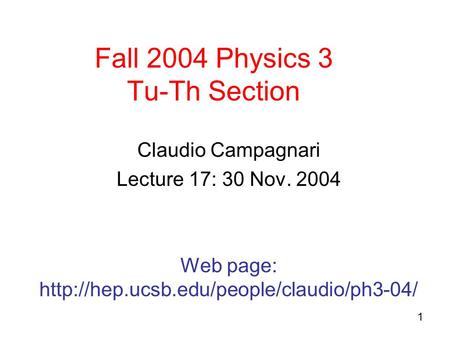 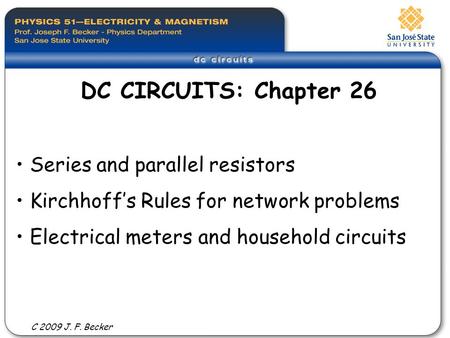 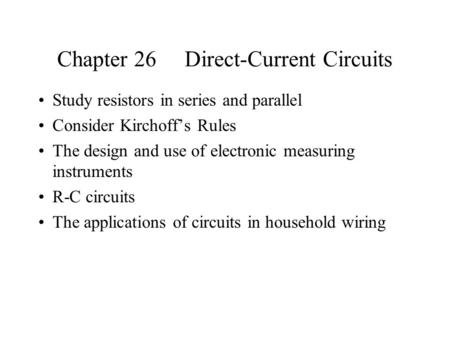 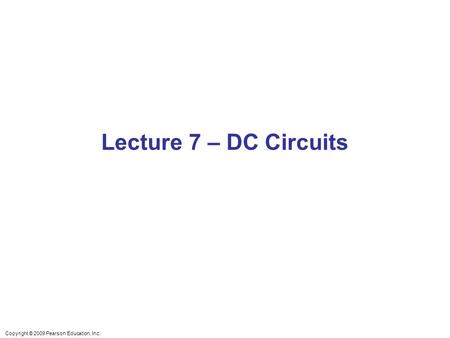 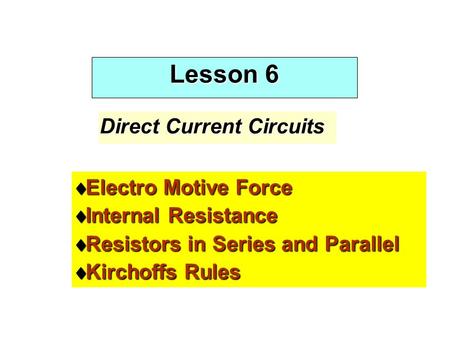