2 Spread Spectrum Input is fed into a channel encoder Produces analog signal with narrow bandwidth Signal is further modulated using sequence of digits Spreading code or spreading sequence Generated by pseudonoise, or pseudo-random number generator Effect of modulation is to increase bandwidth of signal to be transmitted

3 Spread Spectrum On receiving end, digit sequence is used to demodulate the spread spectrum signal Signal is fed into a channel decoder to recover data

5 What can be gained from apparent waste of spectrum? Immunity from various kinds of noise and multipath distortion Can be used for hiding and encrypting signals Several users can independently use the same higher bandwidth with very little interference

6 Frequency Hoping Spread Spectrum (FHSS) Signal is broadcast over seemingly random series of radio frequencies A number of channels allocated for the FH signal Width of each channel corresponds to bandwidth of input signal Signal hops from frequency to frequency at fixed intervals Transmitter operates in one channel at a time Bits are transmitted using some encoding scheme At each successive interval, a new carrier frequency is selected

7 Frequency Hoping Spread Spectrum Channel sequence dictated by spreading code Receiver, hopping between frequencies in synchronization with transmitter, picks up message Advantages Eavesdroppers hear only unintelligible blips Attempts to jam signal on one frequency succeed only at knocking out a few bits

15 FHSS Performance Considerations Large number of frequencies used Results in a system that is quite resistant to jamming Jammer must jam all frequencies With fixed power, this reduces the jamming power in any one frequency band

26 PN Sequences PN generator produces periodic sequence that appears to be random PN Sequences Generated by an algorithm using initial seed Sequence isn’t statistically random but will pass many test of randomness Sequences referred to as pseudorandom numbers or pseudonoise sequences Unless algorithm and seed are known, the sequence is impractical to predict

30 LFSR For any given size of LSFR, a number of different unique m-sequences can be generated by using different values for coefficients. Generator polynomial. Find the sequence generated by the corresponding LSFR, by taking reciprocal of the polynomial.

32 Properties of M-Sequences Property 4: The periodic autocorrelation of a ±1 m- sequence is

36 Gold Sequences Gold sequences constructed by the XOR of two m-sequences with the same clocking Codes have well-defined cross correlation properties Only simple circuitry needed to generate large number of unique codes In following example (Figure 7.16a) two shift registers generate the two m-sequences and these are then bitwise XORed

39 Walsh Codes Set of Walsh codes of length n consists of the n rows of an n *n Walsh matrix: W 1 = (0) n = dimension of the matrix Every row is orthogonal to every other row and to the logical not of every other row Requires tight synchronization Cross correlation between different shifts of Walsh sequences is not zero 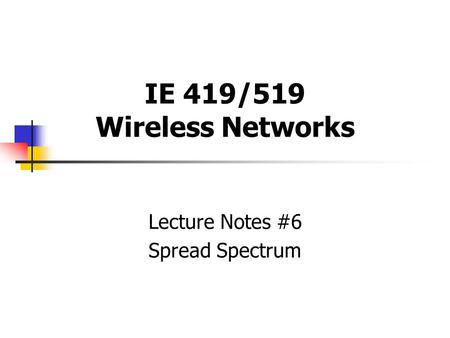 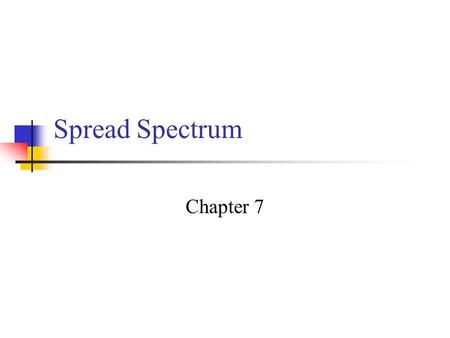 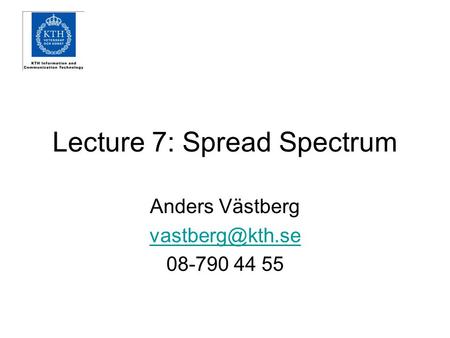 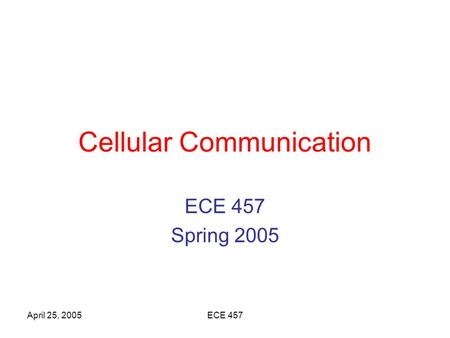 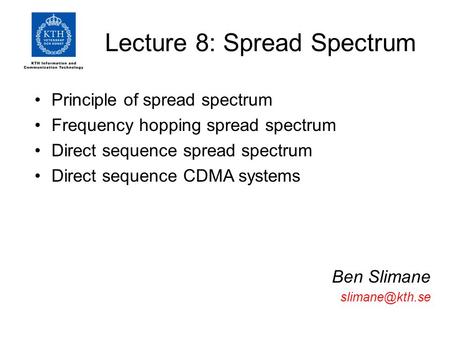 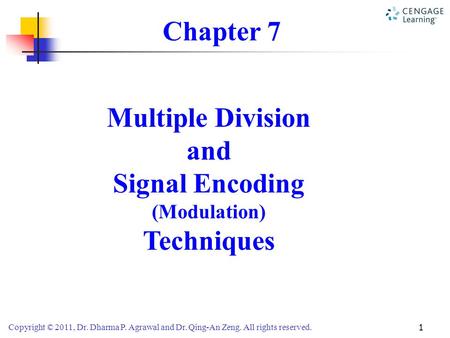 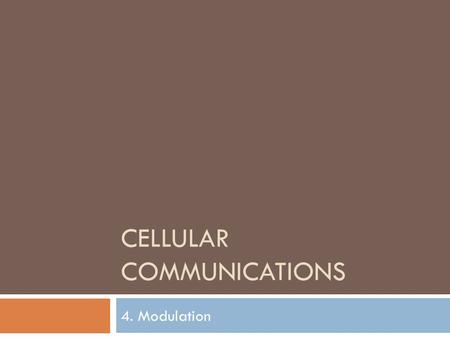 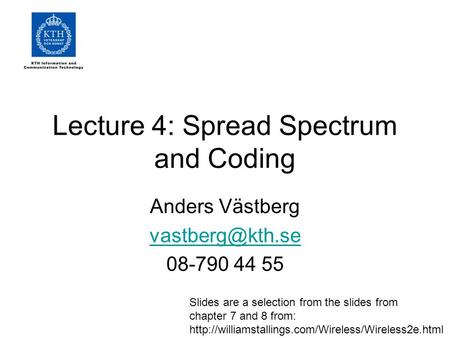 Lecture 4: Spread Spectrum and Coding Anders Västberg Slides are a selection from the slides from chapter 7 and 8 from: 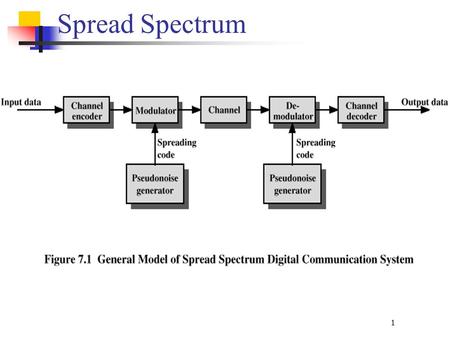 Spread Spectrum Input is fed into a channel encoder 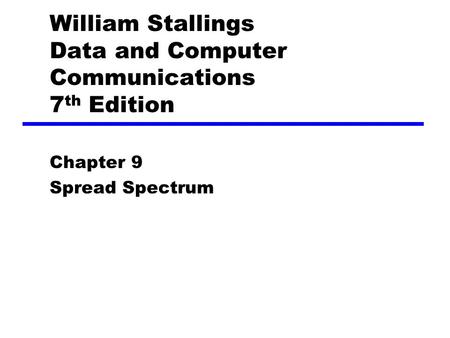 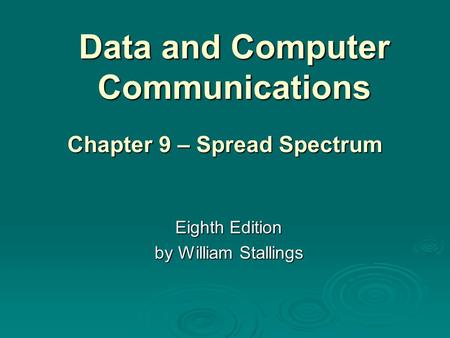 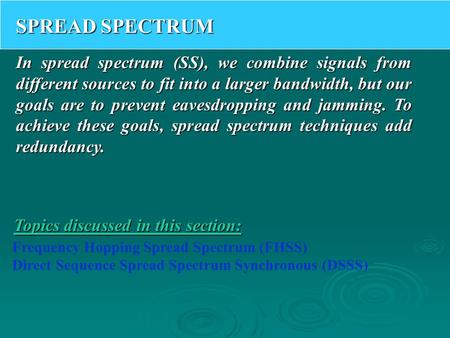 SPREAD SPECTRUM In spread spectrum (SS), we combine signals from different sources to fit into a larger bandwidth, but our goals are to prevent eavesdropping. 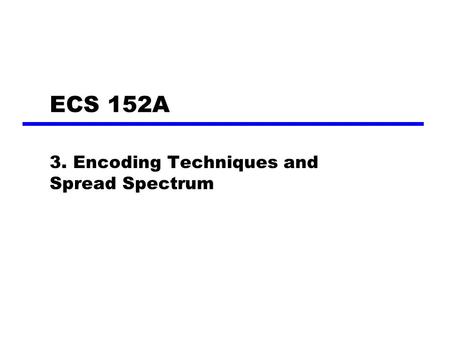 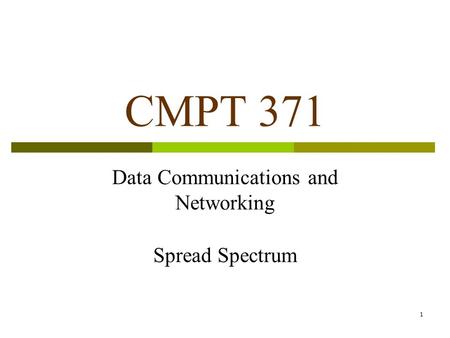 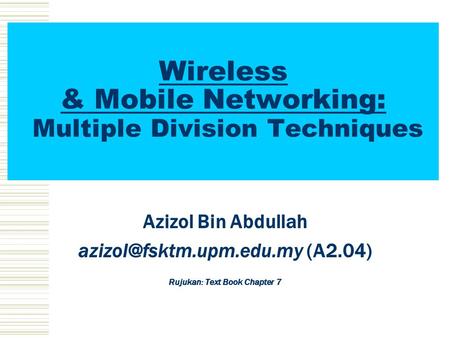 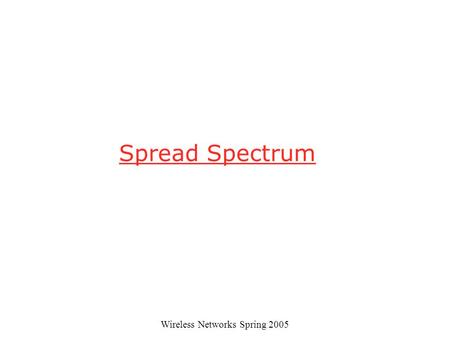 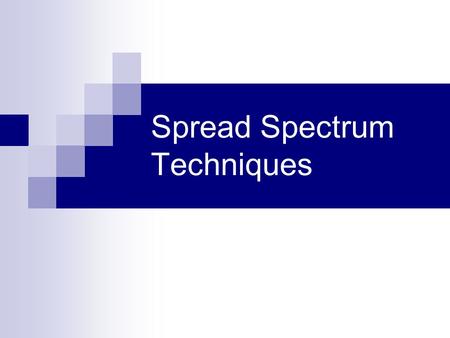 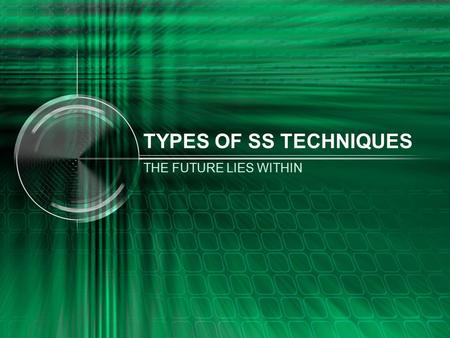 TYPES OF SS TECHNIQUES THE FUTURE LIES WITHIN. INTRODUCTION There are four basic types classified according to the point of insertion of PN code –D–Direct. 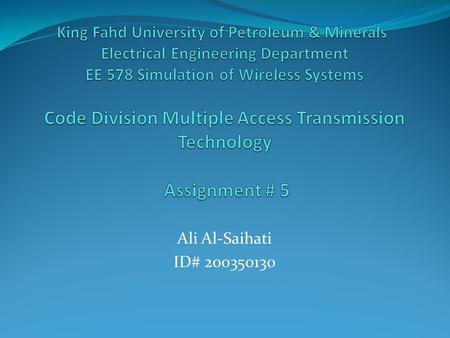 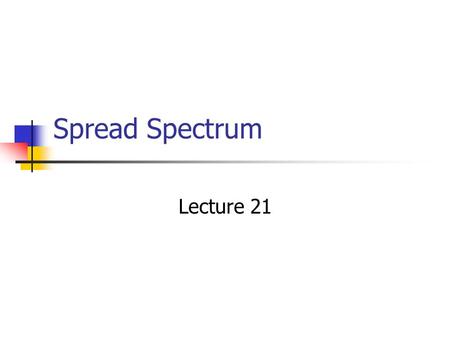