Effects of Land Use Change on Forest Carbon Budgets Throughout the Southern USA from 1900 to 2050 Peter B. Woodbury Crop and Soil Sciences Department,

Presentation on theme: "Effects of Land Use Change on Forest Carbon Budgets Throughout the Southern USA from 1900 to 2050 Peter B. Woodbury Crop and Soil Sciences Department,"— Presentation transcript:

2 Goal: Improve US national estimates of terrestrial carbon flux from the forest sector. Such estimates needed annually for the US Greenhouse Gas Inventory required under the United Nations Framework Convention on Climate Change (UNFCCC). The UNFCCC reporting period begins in 1990.

5 How to estimate land use change effects on forest carbon cycling? For tree and down dead wood pools, use forest inventory (FIA) data and FORCARB model (see talks by James Smith and by Linda Heath this afternoon) For soil and forest floor, we developed a model to predict effects from 1900 to 2050. 1)Quantify land use transition rates (based on work by R. Birdsey) 2)Develop equations to predict effect of each land use transition on soil and forest floor carbon.

8 Land Use Transition Example: Historical afforestation and deforestation in South-Central

12 RESULTS: Effects of afforestation are damped and lagged, for example in the South-Central region

16 From 1990 to 2004, sequestration in trees in Southern US was 6-fold greater than that in soil and forest floor

17 Conclusions From 1900 to 1990, land use change in the Southern US caused net carbon emission of 270 Tg C from soil and forest floor. Conversely, from 1990 to the present, land use change caused net carbon sequestration of 39 Tg C. Changes in forest floor carbon were similar to changes in soil carbon, despite much less total carbon. Changes in tree carbon stocks during this period were 6-fold greater than effects on soil and forest floor carbon stocks. Therefore, estimates of forest carbon sequestration are dominated by effects on tree carbon stocks, which can be estimated based on forest inventory data.

20 Draft results for all regions of USA

24 Just a little jargon … AFFORESTATION: Conversion of land that has been non- forested for 20-50 years into forest. REFORESTATION: Growth of forest on previously forested land (not considered a land use change in our model). DEFORESTATION: Conversion of forest to another land use. FOREST FLOOR: All material above the mineral soil, including woody material < 7.5 cm in diameter. FOREST TYPE: A broad classification of forests by dominant species, from USDA Forest Service (for example “Maple/Beech/Birch”.

25 Change in Soil Carbon with Deforestation

33 A CONCLUSION: Sequestration in the rest of the forest sector is much greater than that in soil and forest floor

35 More Key Assumptions There is no net change in soil carbon due to transitions between forest and pasture, but there is loss of forest floor carbon. Disturbances such as fire are not explicitly included in the model except as they are captured by differences in soil and forest floor carbon between land use types. Changes in soil bulk density are not explicitly accounted for, but the parameter selected for the total change in soil carbon with deforestation implicitly accounts for higher bulk density in agricultural than in forest soils.

Download ppt "Effects of Land Use Change on Forest Carbon Budgets Throughout the Southern USA from 1900 to 2050 Peter B. Woodbury Crop and Soil Sciences Department," 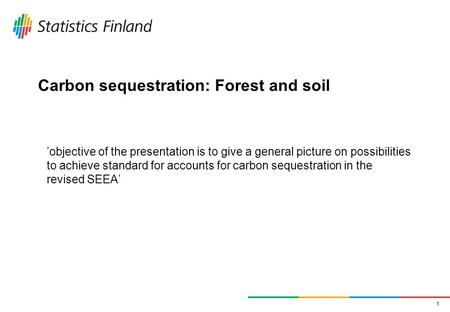 1 Carbon sequestration: Forest and soil objective of the presentation is to give a general picture on possibilities to achieve standard for accounts for. 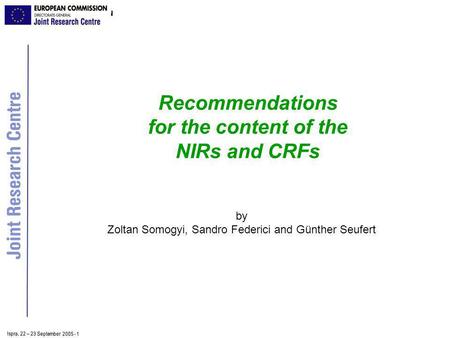 Ispra, 2 2 – 2 3 September Recommendations for the content of the NIRs and CRFs by Zoltan Somogyi, Sandro Federici and Günther Seufert. 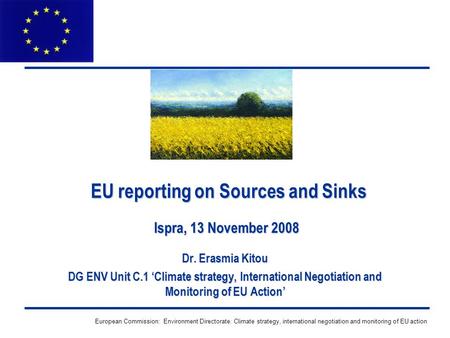 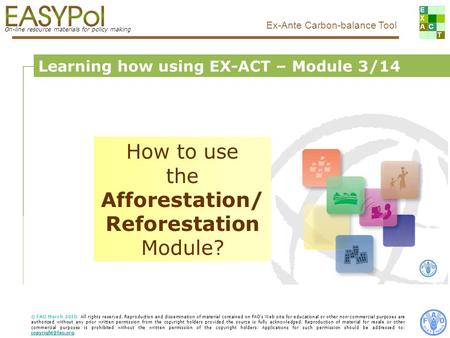 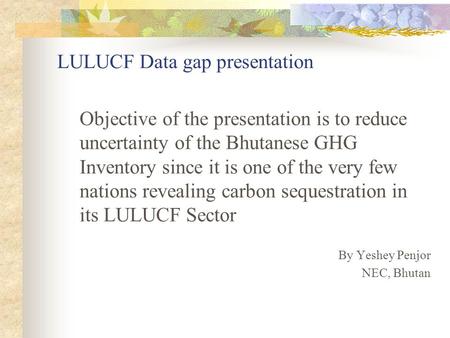 LULUCF Data gap presentation Objective of the presentation is to reduce uncertainty of the Bhutanese GHG Inventory since it is one of the very few nations. 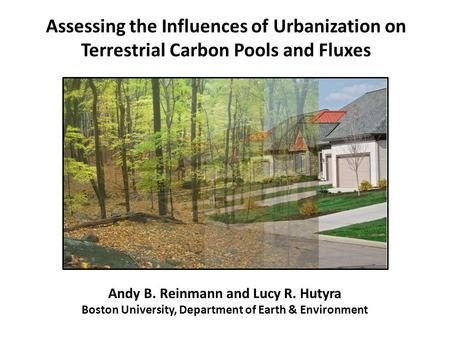 Assessing the Influences of Urbanization on Terrestrial Carbon Pools and Fluxes Andy B. Reinmann and Lucy R. Hutyra Boston University, Department of Earth. 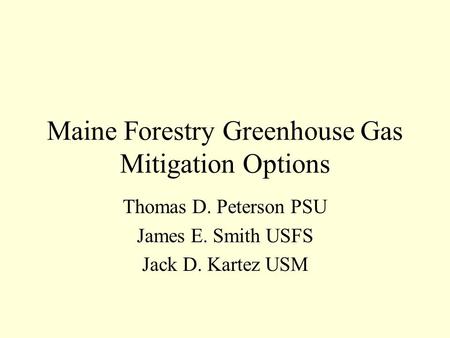 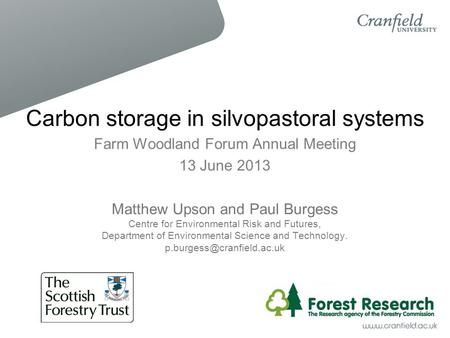 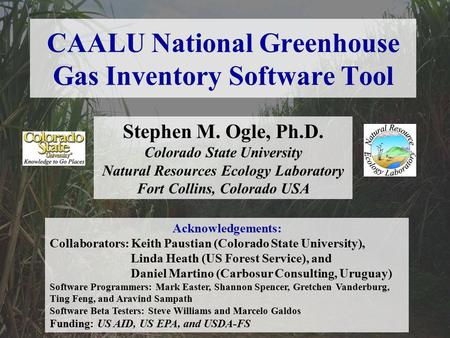 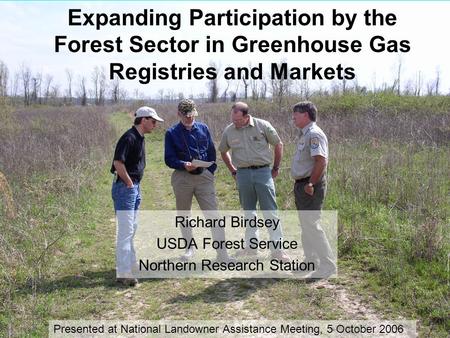 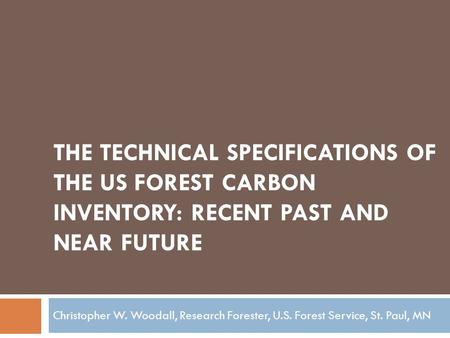 THE TECHNICAL SPECIFICATIONS OF THE US FOREST CARBON INVENTORY: RECENT PAST AND NEAR FUTURE Christopher W. Woodall, Research Forester, U.S. Forest Service, 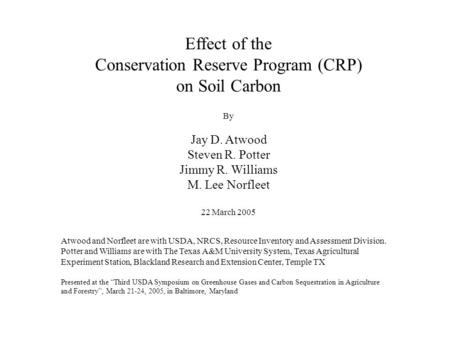 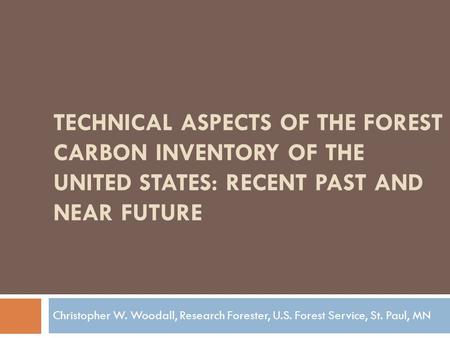 TECHNICAL ASPECTS OF THE FOREST CARBON INVENTORY OF THE UNITED STATES: RECENT PAST AND NEAR FUTURE Christopher W. Woodall, Research Forester, U.S. Forest. 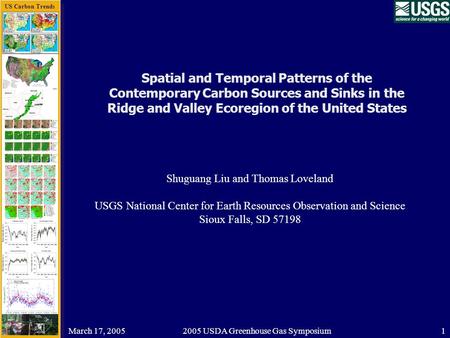 US Carbon Trends March 17, USDA Greenhouse Gas Symposium1 Spatial and Temporal Patterns of the Contemporary Carbon Sources and Sinks in the Ridge. 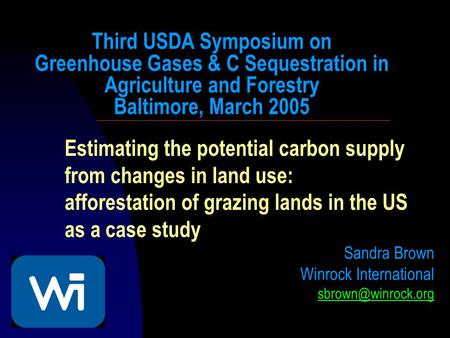 Estimating the potential carbon supply from changes in land use: afforestation of grazing lands in the US as a case study Sandra Brown Winrock International. 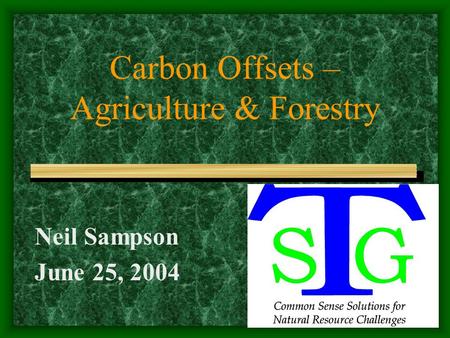 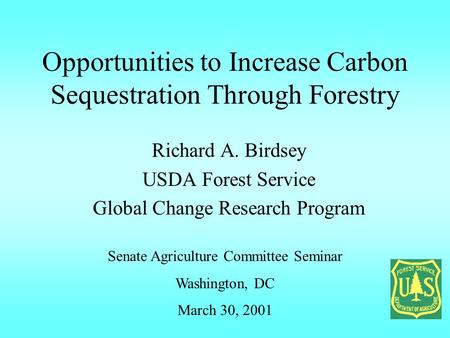 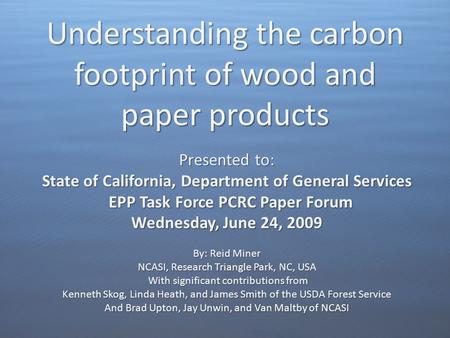 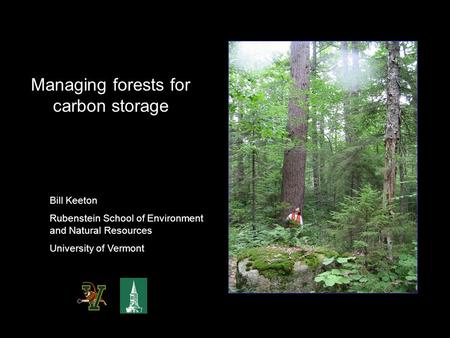 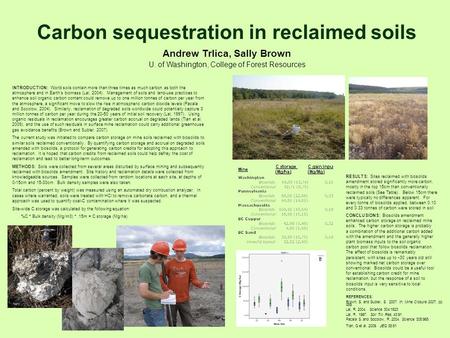