4 REGRESSION ANALYSIS Given the following demand function: Y = A + B1 X + B2 P + B3 I + B4 Pr; X = selling expenses (advertising) Pr = price of substitutes What we want are estimates of the values of A, B1, B2, B3, & B4. Regression analysis describes the way in which one variable is related to another. It derives an equation that can be used to estimate the unknown value of one variable on the basis of the known value of the other variable(s).

6 Because of the presence of the error term, the observed values of Yi fall around the population regression line (A+BXi), not on it Regression analysis assumes that the values of ei are independent and that their mean value equals zero.

8 Method of Least Squares.
Used to determine the values of a and b. Since the deviation of the ith observed value of Y from the regression line equals , the sum of the squared deviations equals: Where n is the sample size. Using minimization technique we can find the values of a and b that minimize this expression, by differentiating these expression with respect to a and b and by setting these partial derivatives equal to zero.

9 (1) (2) solving equations (1) and (2) simultaneously, and letting equal the mean value of X in the sample and equal the mean of Y, we find that; and

11 if X = 0 then Y = (0) = (the intercept: the value of Y that intersects the vertical axis) Interpretation: if the firm’s selling expenses = 0, sales would be million of units, and estimated sales go up million units when selling expenses increase by 1m.

12 Ordinary Least Squares Estimation Using Excel
The model: Objective: Determine the slope and intercept that minimize the sum of the squared errors.

17 The t-statistic (significance of individual variables).
Managers need to know whether a particular independent variable influences the dependent variable. The least square estimates of B’s by chance may be positive even if their true values are zero. e.g., B1 = 1.76 i.e., selling expenses have an effect on sales (t=0.0001). To test whether the true value of B1 is zero we must look at the t-statistic of B1. The t-statistic has a distribution called t-distribution. All things equal, the bigger the value of t-statistic (in absolute terms), the smaller the probability that the true value of the regression coefficient in question is zero. In our case, there is only 1 in that chance alone would have resulted in a large t-statistic.

20 Decomposition of Sum of Squares

24 Serial Correlation (or Autocorrelation)
Error terms are not independent, if this year’s error term is positive, next year is always positive ( positive serial correlation ), and if this year’s error term is negative, next year’s is always negative. This is a violation of the assumptions underlying regression analysis. [ should be E(reiej) = 0, if not, the simple correlation between two observations of the error term is not equal to zero] Consequences of Serial Correlation - Increases of the variances of the distributions - Leads to underestimate the standard errors of the coefficients. 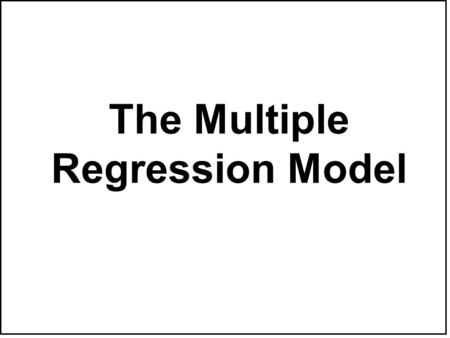 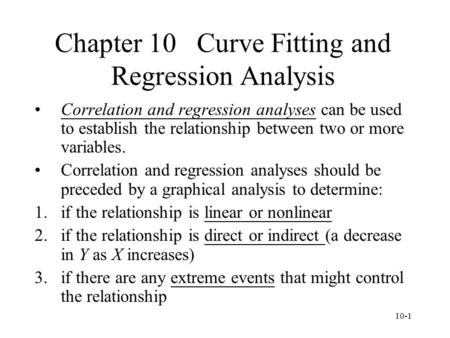 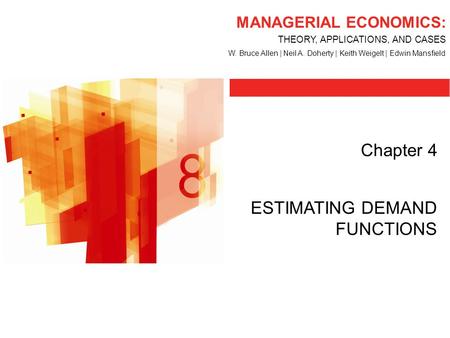 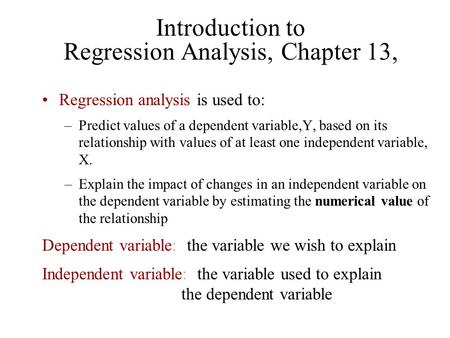 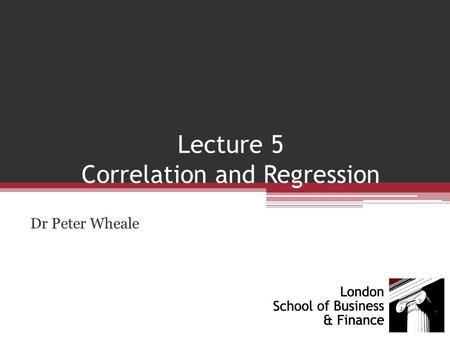