Presentation on theme: "FORCE A force is any influence that can change the velocity of a body. Forces can act either through the physical contact of two objects (contact forces:"— Presentation transcript:

1 FORCE A force is any influence that can change the velocity of a body. Forces can act either through the physical contact of two objects (contact forces: push or pull) or at a distance (field forces: magnetic force, gravitational force).

2 FREE BODY DIAGRAMS In all but the simplest problems that involve forces, it is helpful to draw a free body diagram (FBD) of the situation. This is a vector diagram that shows all the forces that act on the body whose motion is being studied. Forces that the body exerts on anything else should not be included, since such forces do not affect the body's motion.

12 MASS The property a body has of resisting any change in its state of rest or of uniform motion is called inertia. The inertia of a body is related to the amount of matter it contains. A quantitative measure of inertia is mass. The SI unit of mass is the kilogram (kg).

13 Motion tends to continue unchanged.
The elephant at rest tends to remain at rest. Tablecloth trick: Too little force, too little time to overcome "inertia" of tableware.

17 Net force is sometimes designated F.
The second law of motion is the key to understanding the behavior of moving bodies since it links cause (force) and effect (acceleration) in a definite way.

27 THE NORMAL FORCE A normal force is a force exerted by one surface on another in a direction perpendicular to the surface of contact. Note: The gravitational force and the normal force are not an action-reaction pair.

36 FRICTION: STATIC AND KINETIC FRICTION
Frictional forces act to oppose relative motion between surfaces that are in contact. Such forces act parallel to the surfaces. Static friction occurs between surfaces at rest relative to each other. When an increasing force is applied to a book resting on a table, for instance, the force of static friction at first increases as well to prevent motion. In a given situation, static friction has a certain maximum value called starting friction. When the force applied to the book is greater than the starting friction, the book begins to move across the table.

37 FRICTION: STATIC AND KINETIC FRICTION
The kinetic friction (or sliding friction) that occurs afterward is usually less than the starting friction, so less force is needed to keep the book moving than to start it moving.

38 COEFFICIENT OF FRICTION
The frictional force between two surfaces depends on the normal (perpendicular) force N pressing them together and on the natures of the surfaces. The latter factor is expressed quantitatively in the coefficient of friction  (mu) whose value depends on the materials in contact. The frictional force is experimentally found to be: Static friction Kinetic friction

Download ppt "FORCE A force is any influence that can change the velocity of a body. Forces can act either through the physical contact of two objects (contact forces:" 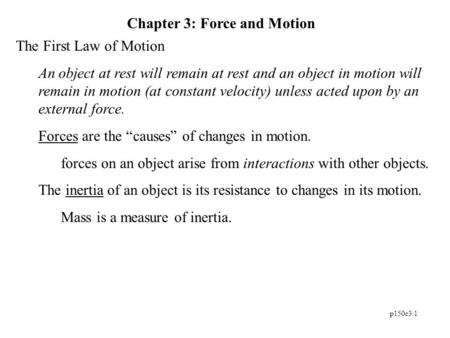 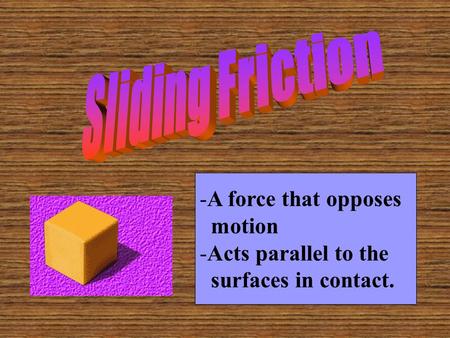 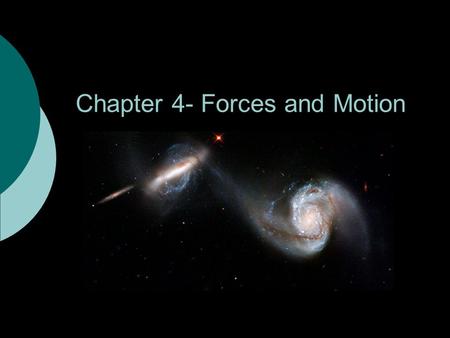 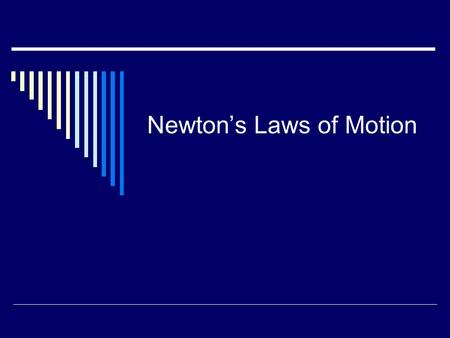 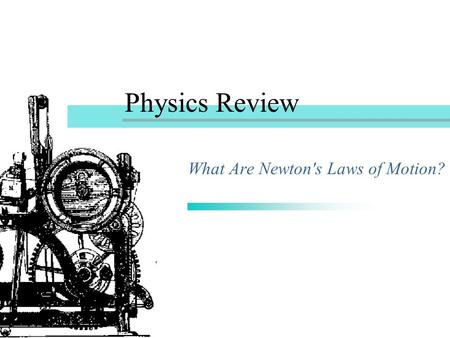 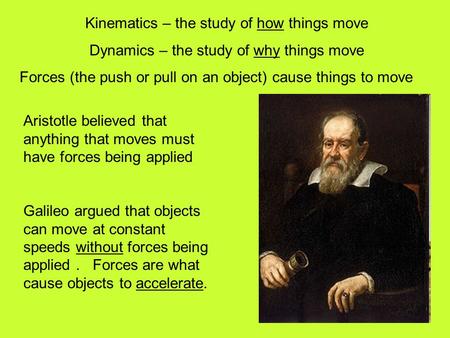 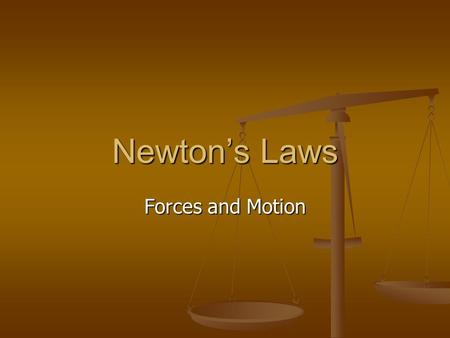