3 International and Internal Migration: Areas of proposed changes Population groups relevant to international migration: Moved forward in the chapter so as to outline the main migration concepts and groups early in the chapter. Removed the term “foreigner”: instead foreign born/native; citizens/non-citizens; permanent/temporary residence status, etc. Country of birth: Split country of birth (international) and place of birth (internal). “Born in Country” to capture changes to boundaries in cases of war or of dissolution of countries (International border changes).

4 International and Internal Migration: Areas of proposed changes (cont’d) Country of citizenship: Should be separate concept than country of birth. Many collect information on dual/multiple citizenships; clarification on how to report was provided (i.e. first country being where the respondent lives). Citizenship Acquisition: Now appears after Country of citizenship concept. Ever resided abroad and year of arrival: Clarified these concepts to refer to international migrants, as well as returning nationals. Country of previous usual residence abroad: It was decided to not promote it as a core topic (burden for some countries to collect).

5 International and Internal Migration: Areas of proposed changes (cont’d) Reason for migration: A number of countries collect this information (census- based); Often multiple reasons were collected; Reasons were expanded slightly to reflect the information collected. Population with refugee background Inclusion of a paragraph on the definition of a refugee and clarification on the count of the stock of refugees. Remaining non-core topics (e.g. birthplace of parents citizenship acquisition): no changes recommended.

6 International and Internal Migration: Areas of proposed changes (cont’d) Internal Migration Section: Population groups relevant to internal migration Place of birth (core topic) Previous place of usual residence and date of arrival in the current place (core topic): Clarification needed to distinguish this concept from “Ever resided abroad and year of arrival”; Reduced vs. extended mode: provided guidance on the fact that one or the other mode could be collected (not all countries collect both modes).

8 International and Internal Migration: Areas of proposed changes (concluded) Some potential ones, but did not adopt: Emigration; Length of intended stay to distinguish short vs. long-term international migrants; Birthplace of grandparents.

9 Points of Discussion Migration Chapter: – Distinguish international migration as a new derived topic and its contribution above the existing derived topic “persons with foreign/national background’ Is the derived topic “Persons with foreign/national background” still needed? – “Persons of mixed parental background” concept should be re- named to avoid confusion with ethnicity. Recommendation: “Persons whose parents are of a ‘mixed country of birth’ background” – Recommend reformatting the grouping of the population group definitions to: 1 Foreign born (1.1) Foreign population (1.2) Nationals 2 Native born (2.1) Foreign population (2.2) Nationals

10 Ethno-cultural Characteristics: Overview No major changes to the chapter and no new topics emerged: Kept most of the concepts as non-core (ethnicity, religion and language) as some UNECE countries may be prohibited by law to collect these topics. Clarification of text and concepts where required: Consultations should be undertaken with representatives of ethnic, language, and religious communities. Specific questions asked for each topic should be guided by the information needs of the country. Ethnic classification should be treated as dynamic with movable boundaries – may lead to non-comparability between censuses. Can be measured using a variety of concepts: ancestry, ethnic group, cultural origins, nationality, race, colour, etc.

11 Ethnicity: Areas of proposed changes Changes emphasize new text. Main features cover: Kept as a non-core topic: Regarded as important information but potentially sensitive to collect. Indigenous populations to be recognised. Included new paragraphs to address more fully : Reporting issues (subjective and based on respondents understanding of the concept); The dynamic nature of this concept and possible challenges for tracking changes across censuses.

12 Included new paragraphs to address more fully (cont’d): Possible bias that can arise from the wording of questions, self declaration and mixed ethnicity may require multi-response options (respondents should feel free to indicate more than one ethnic affiliation); Small populations may lead to disclosure risks; International comparison is not recommended as structure of these questions will vary widely across countries. Ethnicity: Areas of proposed changes

14 Included new paragraphs to address: (cont’d) Emphasized that the specific questions to be asked should be guided by the information needs of the country. Definitions and concepts unchanged, either: - A religious or spiritual belief or faith, regardless of whether or not this belief or faith is represented by an organised group; or - An affiliation with, or membership of, an organised group or body having a specific religious or spiritual tenets and/or practices Religion: Areas of proposed changes

15 Language: Areas of proposed changes Changes emphasize new text. Main features cover: Kept as a non-core topic. Included new paragraphs to address: Definition includes addressing official languages of a country – that is, a country may (if necessary) include questions on official languages to meet legislative or policy requirements. Multiple languages may be collected – should include explicit instructions to indicate that respondents may report more than one language if they are able to speak/write more than one language. The challenges to display multiple-reporting information in tabulations should be taken into consideration when designing questions collecting multiple languages.

16 Included new paragraphs to address (concluded): Importance of open responses to capture all possible languages. Consideration to provide instructions for those who are deaf, mute and deaf-mute. Recommend that if countries collect more than one language question, the content of these questions should vary depending on the country’s information needs. Language: Areas of proposed changes

17 Points of Discussion Comments or questions? 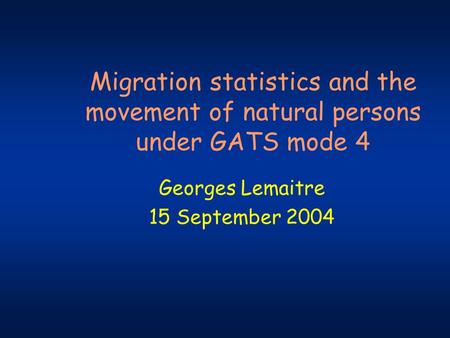 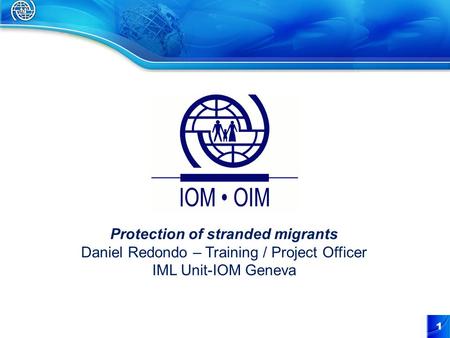 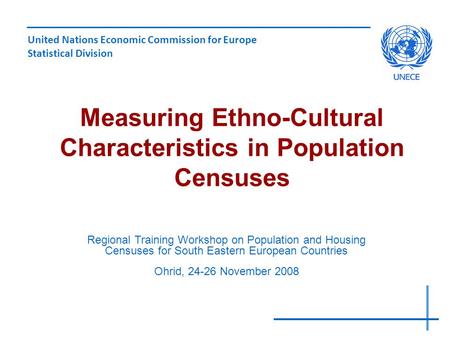 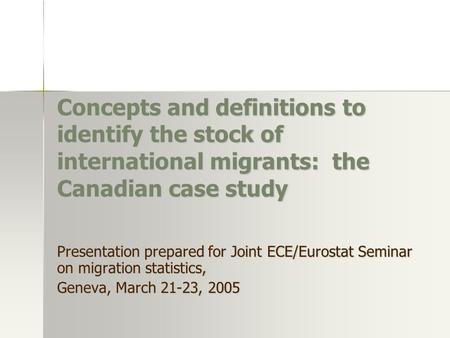 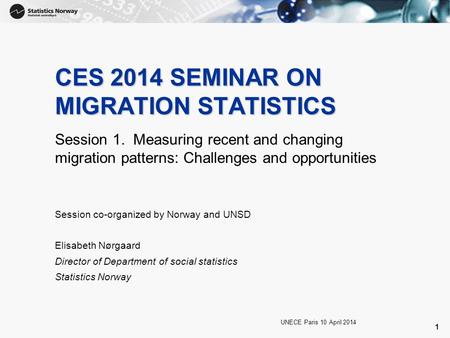 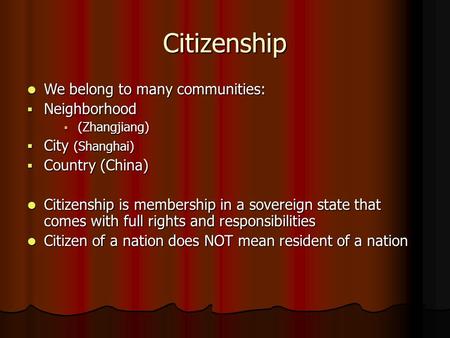 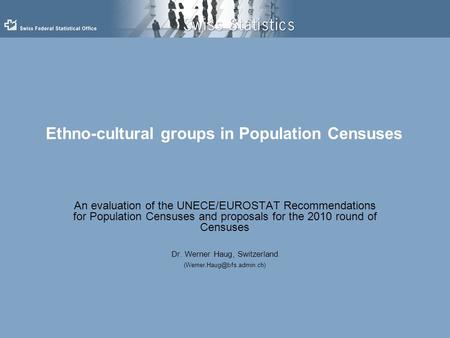 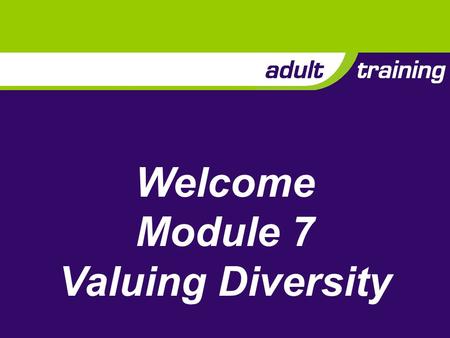 Welcome Module 7 Valuing Diversity. Description Ensuring that Scouting is available to all and that diversity is valued. 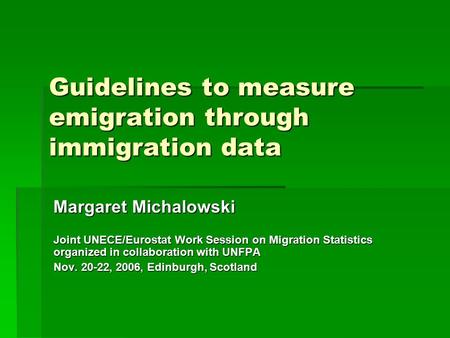 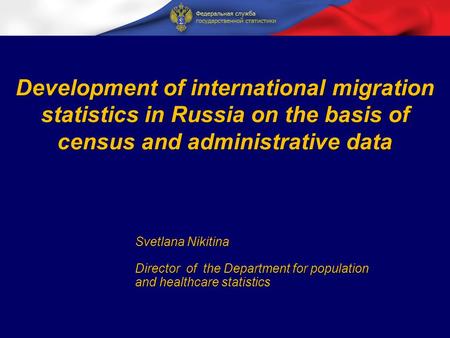 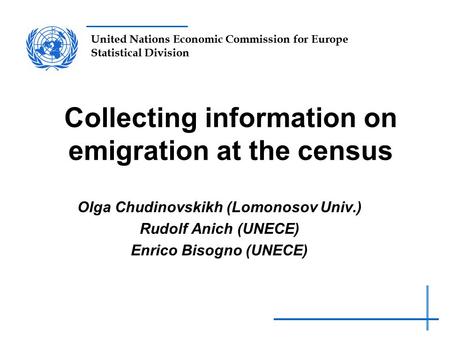 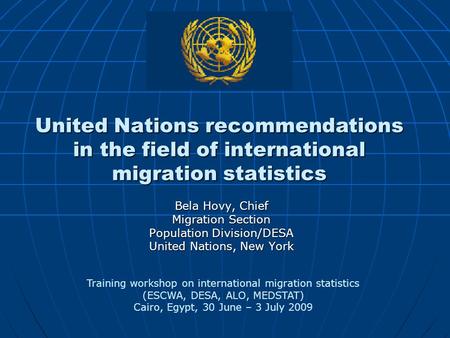 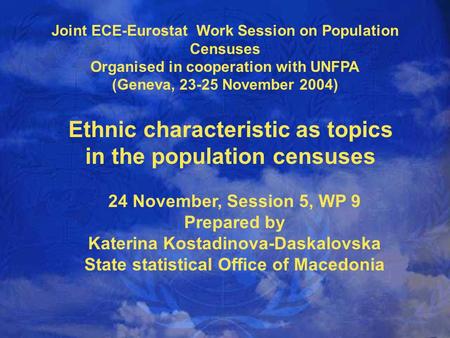 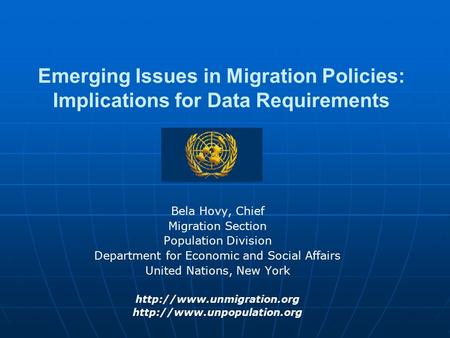 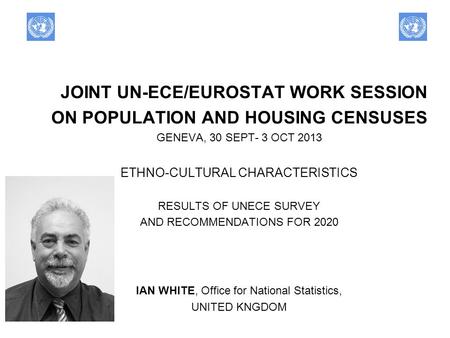 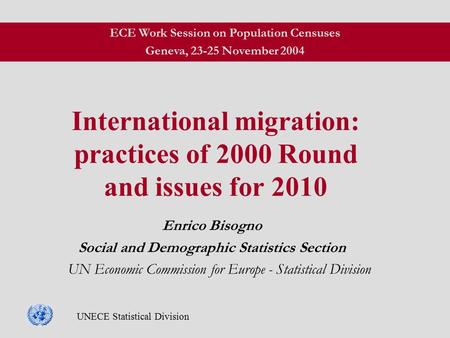 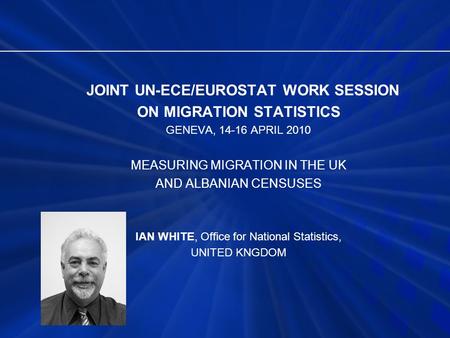 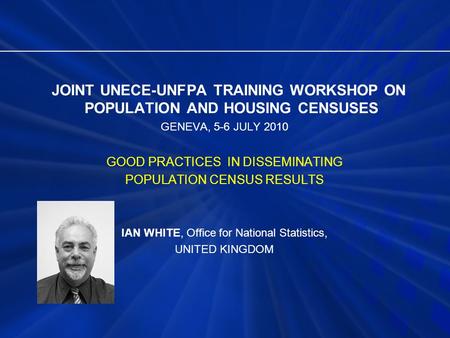