3 “Soft” Influence Tactics
Rational persuasion: Using logical arguments and facts to persuade another that a desired result will occur. Inspirational Appeal: Arousing enthusiasm by appealing to one’s values and beliefs Consultation: Asking for participation in decision making or planning a change Ingratiation: Getting someone to do what you want by putting that person in a good mood or getting him or her to like you. Personal appeal: Appealing to feelings of loyalty and friendship before making a request Ranked in diminishing order on this and the next slide are nine generic influence tactics used in the workplace. The first five tactics are called “soft” tactics, the last four tactics are called “hard” tactics. 15-3

4 “Hard” Influence Tactics
Exchange: Promising some benefits in exchange for complying with a request. Coalition Building: Persuading by seeking the assistance of others or by noting the support of others. Legitimating: Pointing out one’s authority to make a request or verifying that it is consistent with prevailing organizational policies and practices. Pressure: Seeking compliance by using demands, threats, or intimidation. [No narration required.] 15-4

5 Outcomes of Influence Attempts
Commitment - a strong positive response The person will agree and carry out the request because they truly believes it is the right or best thing to do Compliance – completion of request The person will agree only because there is something positive in it for him/her or something negative will happen if they don’t Resistance - a strong negative response Request will be disregarded, influence attempt is unsuccessful Three possible outcomes of the influence tactics you just learned are commitment, compliance, and resistance. The best outcome is commitment because the target person’s intrinsic motivation will energize good performance. 15-5 6

11 Barriers to Delegation :
Belief in the fallacy “if you want something done right, do it yourself” Lack of confidence/trust in lower levels Low self-confidence Fear of being called lazy Vague job definition Fear of competition from those below Reluctance to take risks involved in depending on others Lack of controls that provide early warning of problems with delegated duties Poor example set by bosses who do not delegate Although delegation sounds easy enough, many managers find it hard to actually do. The barriers listed here often interfere with the process. 15-11 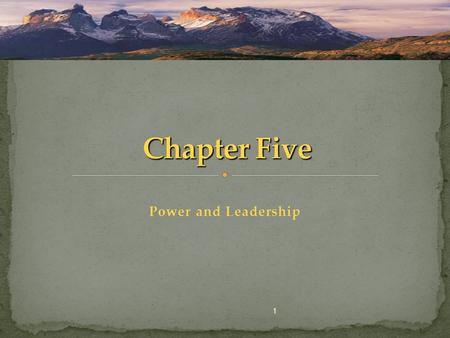 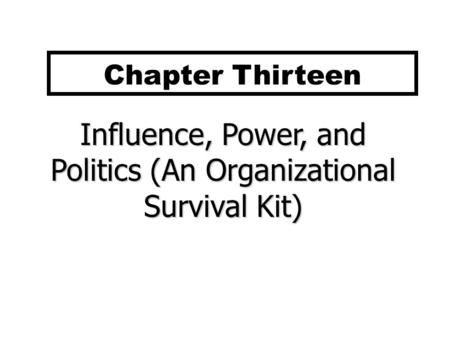 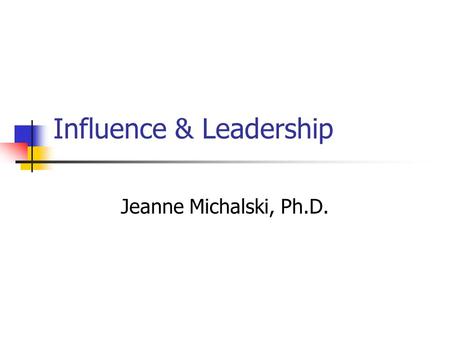 Influence & Leadership Jeanne Michalski, Ph.D.. Influence is the ability to get others to freely endorse or embrace your ideas and initiatives. 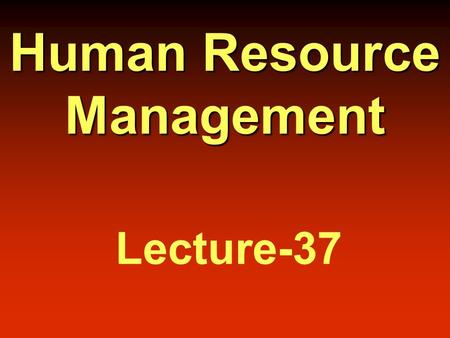 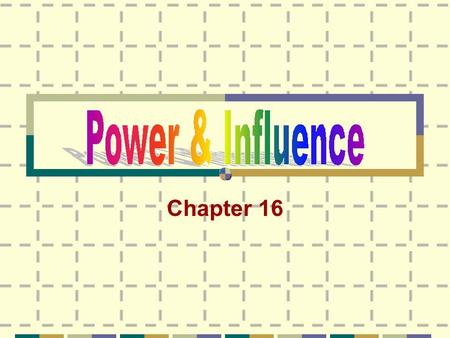 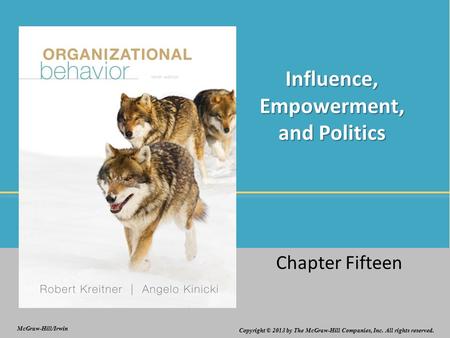 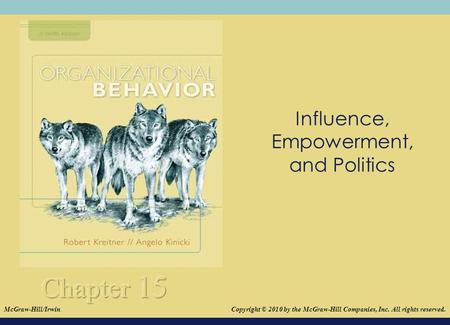 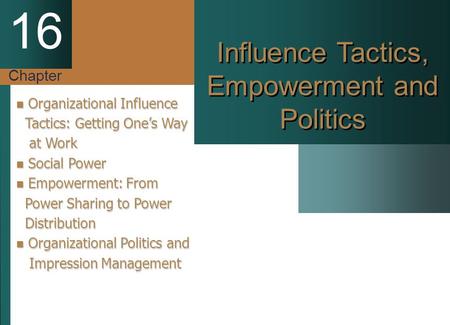 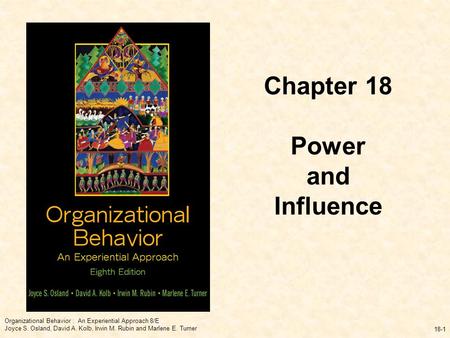 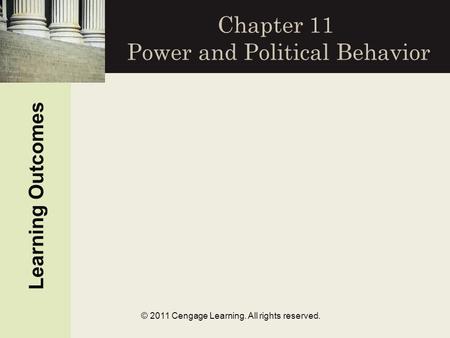 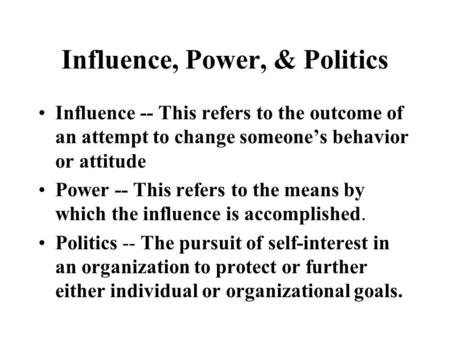 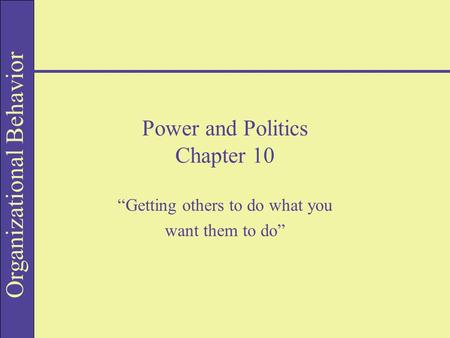 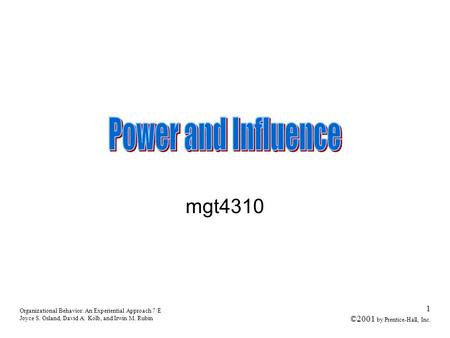 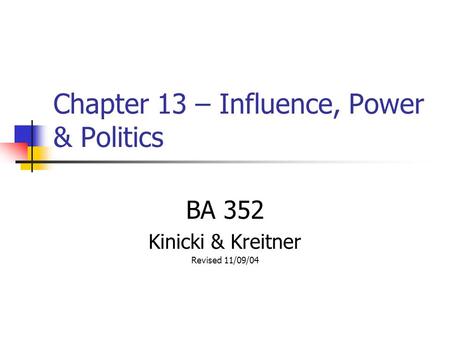 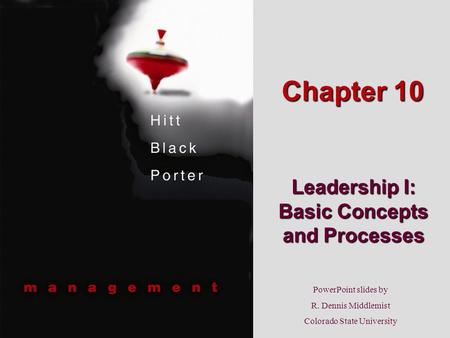 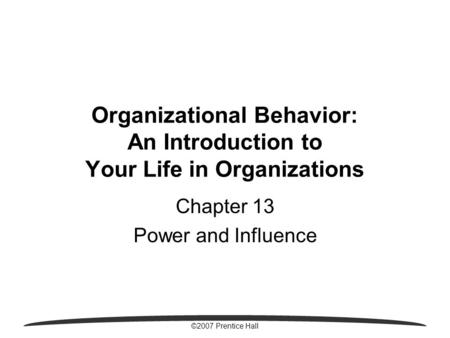 Organizational Behavior: An Introduction to Your Life in Organizations 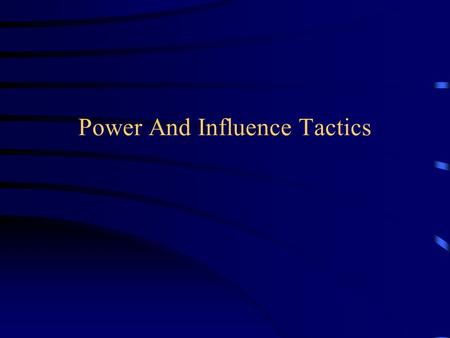 Power And Influence Tactics. Coercive Power The target person complies in order to avoid punishments he or she believes are controlled by the agent. 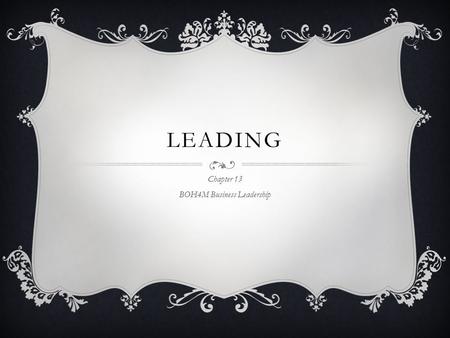 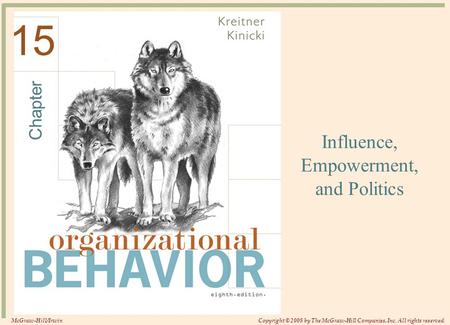 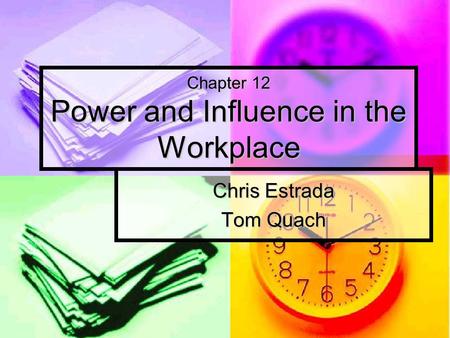 Chapter 12 Power and Influence in the Workplace