Presentation on theme: "In the Lesson we watched a few scenes from the original film Scarface where the song Tonys theme was being played. As a class we then had discussed how."— Presentation transcript:

2 In the Lesson we watched a few scenes from the original film Scarface where the song Tonys theme was being played. As a class we then had discussed how the music made us feel and what emotions we picked up from it. Also the use of the music in that particular scene and what effect it had on the images shown. When having our class discussion we also discussed how the director used diejectic and Non-Diejectic sounds and the lack of sound that was present at one point in the scene.

3 In Groups we listened to the soundtrack again and as a group discussed what mood and atmosphere we think suited the tune and was created. As a group we thought the theme song sounded despondent, emotional and felt sympathetic. It could symbolise a death or receiving bad news. Using the results from our group discussion, we then had to create an idea and storyboard for a made up storyline, that we thought imaged the music. Our Task was then to create a video of our storyline and edit it with the Tonys Theme soundtrack There were 3 rules we had to follow when creating and editing our videos: 1.Must Use theme 2.Convey atmosphere through editing and use of theme 3.Must have an area with no sound for effect

4 1. Jess is making dinner in the kitchen, image shows it is 9:00pm 2. Alex runs in with shocking news (non diejectic or non diejectic sound) 3. Alex tells Jess the News 4. Shows jess reaction (shocked – oh no) 5. Jess and Alex run out to where Matt and George are 6. Matt and George are arguing 7. Close up shown of the knife 8. Reaction shot of Jess 9. George is holding a knife and launches towards Matt 10. Cuts to a black screen (so the audience doesnt know what happened) 11. It then shows the previous morning, everyone sitting eating breakfast 12. The camera shows Alex and Jess leaving the room 13. George and Matt then begin to argue 14. Close up of Georges angry face 15. Cuts to a black screen to show the end By discussing and putting all of our ideas together we came up with a final storyline:

7 How you conveyed atmosphere through the Camera shots? When filming we used a variety of camera shots to create the right kind of atmosphere that would mimic the music/soundtrack that we would use. The same shots were filmed more than once but from different angles each time to understand the shot from a different perspective. We used a lot of long shots during our filming to show the audience the whole picture, including the setting and the characters. This allowed the audience to see what was going on in what environment. A long shot also establishes the characters body language. We used a few close ups to show emotion/facial expressions and reactions. Close ups were important as our storyline was quite dramatic and the reaction shots showed how the characters were feeling, also allowed the audience to know a bit more in what was happening and feel like they were in the characters position. We also used mid shots when filming. Mid shots allow the audience to stay focused in what's going on but still see the setting/environment they are in. Mid shots also show facial expressions and body language.

8 How editing was used to convey atmosphere ? When editing our short film in Serif, we had to take into consideration the sound track from Scarface as this was the main objective in our task. First of all we imported the soundtrack and then we edited the clips to the sound. To add to suspense we added blackouts (black screens) in, to create enigmas, at various points. The transitions we used were sharp, quick actions to convey the crime/drama genre that our clip is based on. At the most dramatic points in our filming; for example when the boys are fighting, the volume of the music increases to amplify the suspense in the scene that is taking place. Another editing technique we used was repeating a shot more than once but showing it from a different point of few. This was shown when the boys were sitting at the breakfast table talking, we repeated the conversation to emphasise the importance of that clip and so the audience know that that bit is important.

9 How sound was used to convey atmosphere ? As we said In the previous slide, the soundtrack from Scarface is the most important part of the editing. The sound was also very important to convey the right atmosphere; we increased the volume at dramatic parts of the filming to make it feel even more dramatic. When there is no sound it increases the tension as the audience dont know or cant hear what is going on, this creates a sense of mystery. The main sound used and aspect of the filming is the non- diejectic sound, however we also used diejectic sound to help set the atmosphere and understand what the characters were thinking. During our editing of our filming we didnt use many sound effects as there weren't many places we could add them in, however there were a few to emphasise the sound and increase its effect on the audience.

11 After editing our video for the first time we then edited it again to show that there are many different ways you can edit a video, creating different effects; this is our second edit of our filming. http://www.youtube.com/watch?v=6aEvbKa4vbs

12 Compare/contrast analysis of how your video used sound and how the original Scarface video segment. In our video we used the sound to a different effect from how the sound was used in Scarface. The clip that shows Tonys theme in Scarface is quite emotional whereas ours is more dramatic. Scarface uses the theme tune to add tension to the action on screen and to help the audience become more involved within the narrative. Our filming uses the sound to set the atmosphere and highlight the key moments (like when the music gets louder, this shows the key points). Both our video and the Scarface clip uses the sound to highlight a fight or a crime; the music is quite slow but has a small fragment of mystery in it. Another similar point of the two videos is that the sound is played throughout until one part when there is silence, which leaves the audience with an enigma and not know what's going on.

Download ppt "In the Lesson we watched a few scenes from the original film Scarface where the song Tonys theme was being played. As a class we then had discussed how." 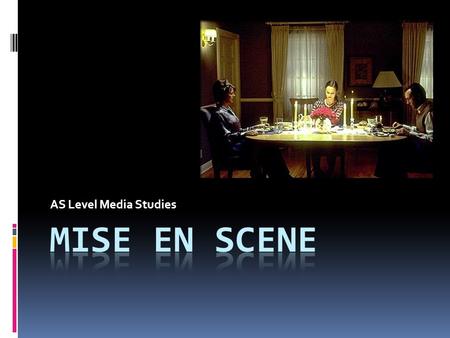 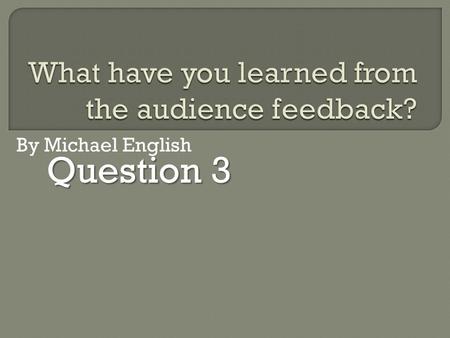 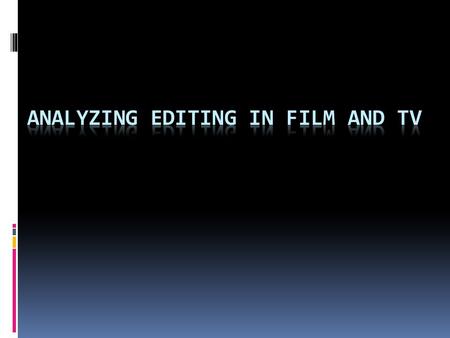 Camera Shot – single, continuous view taken by a camera, from the time the camera starts recording to the time it stops. 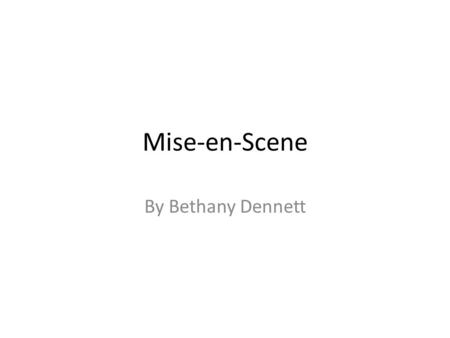 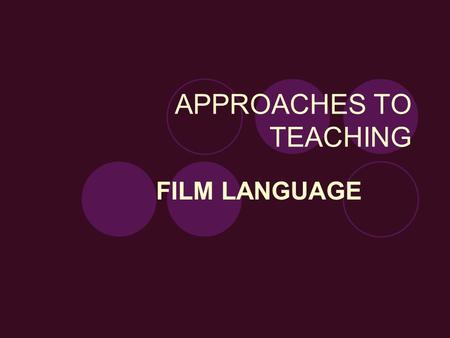 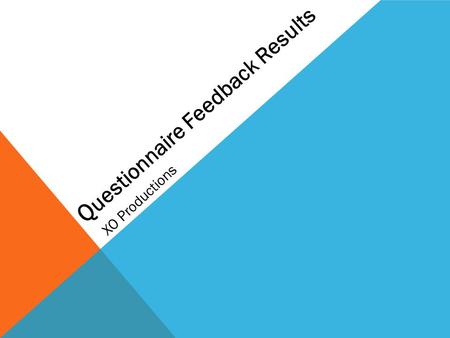 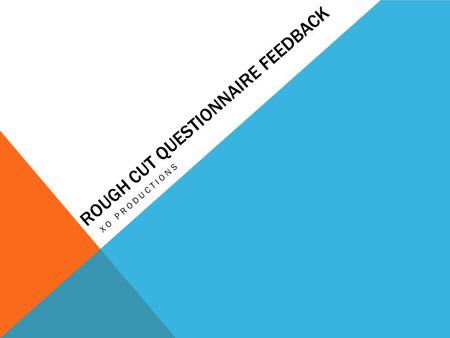 ROUGH CUT QUESTIONNAIRE FEEDBACK XO PRODUCTIONS. 1. DID YOU LIKE THE SHORT FILM TURN TABLES? Summary: From our questionnaire you can see that the majority. 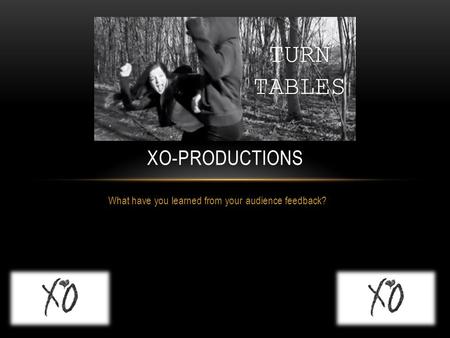 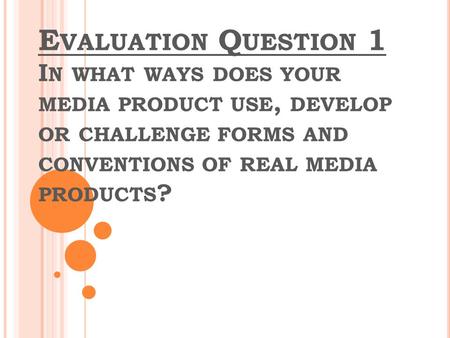 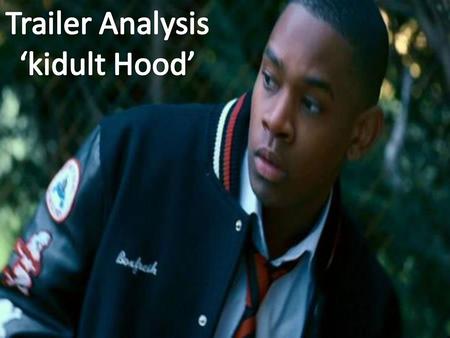 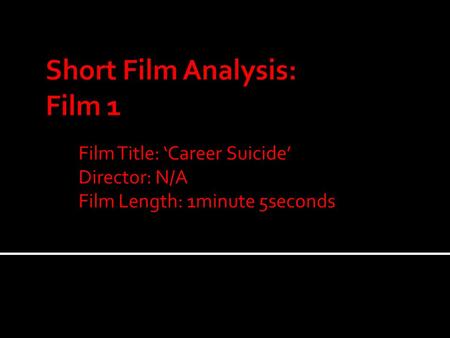 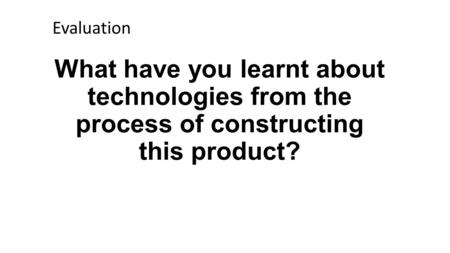 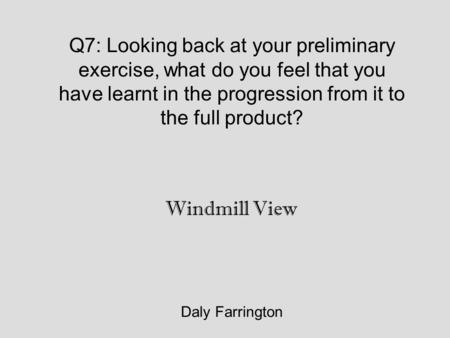 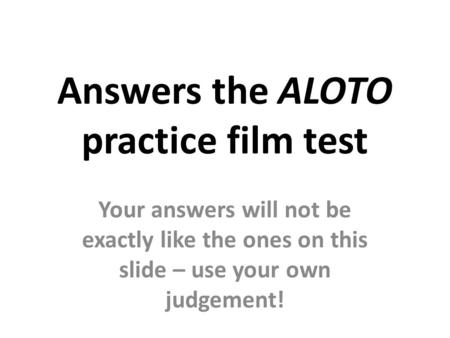 Answers the ALOTO practice film test Your answers will not be exactly like the ones on this slide – use your own judgement! 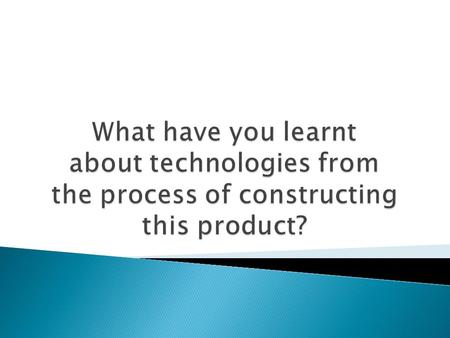