2 Introduction Like much of the western United States, Sierra Nevada forests have been significantly changed by a century of fire suppression. Historically, the fire return interval was 12-15 years and is now estimated to be > 600 years. Same location, 1970s Mariposa Grove, 1890s Prescribed fire and mechanical thinning are widely used for restoring forest health, but how do their ecological effects differ? The Teakettle Experiment was initiated in response to this question. The experiment is an interdisciplinary collaboration of more than a dozen scientists, working in coordination, to investigate the effects of fire and thinning treatments.

3 Experimental Design: The Teakettle Experiment was designed to examine how thinning and fire differ in their effects on mixed-conifer ecosystems. There are a total of 18 experimental plots (6 treatment types x 3 replicates of each type). Each plot is 10 acres (4 ha) in size. Within each plot, all data is collected at the same sample points so that connections between different studies and across ecological disciplines can be made. NO BURNBURN NO THINControlBurn only UNDERSTORY THIN (10”< trees <30”) Thin only Burn & thin OVERSTORY THIN “SHELTERWOOD” (all trees > 10”, except 22/ha) Thin onlyBurn & thin

5 Key Results 1) What are the primarily influences on ecosystem function in mixed-conifer forests? Water: largely determined by snowpack depth, soil depth and % organic matter. Temperature is also a strong, but secondary, influence. Soil nitrogen has little effect. After thinning, slash and litter can retard diversity and some ecosystem processes. 2) In the absence of fire what drives tree regeneration and mortality? Canopy cover, climate and pests. Regeneration is influenced by overstory canopy cover (> 50%) and wet El Niño years (important for pine and red fir). Mortality is driven by drought and pests. Water stress is produced by dense stand conditions from fire suppression and periodic La Niña events. This drought stress predisposes trees, and pest/pathogens (particularly beetles) are the final agent. 3) What are some of the key functions of large trees and pieces of coarse woody debris? Large logs do not appear to have the same functional importance (i.e., moisture reservoirs, nutrient sources, or seedling nurseries) as in other forests. Large snags are key structures used by flying squirrels and cavity-nesting birds. Fire consumes many logs, but many large snags are only partially consumed or entirely escape burning due to variation in burn intensity.

6 4) How does thinning affect fire intensity and extent? Off-season (outside July-Sept) prescribed fire may have limited effect without thinning slash. In unthinned plots, the prescribed fire did not carry, and where it did burn there was little consumption. Thinning increased fire intensity, but the extent was patchy in places of concentrated skid trails. 5) How does thinning differ from fire in its effect on ecosystem function and succession? Key Results (cont) Thinning alone, even when designed to mimic fire (i.e., CASPO with no burn), appears to stall some processes such as nutrient cycling, plant succession, and decomposition and respiration, possibly because of the increase in slash and litter. Overstory thinning, like a crown fire, has the potential to significantly change microclimate and forest structure, further reducing the number of large trees already thinned by pest mortality. Moderate thinning may beneficially increase off-season fire intensity. Fire was the most important process for restoring ecosystem ‘health’. Our research suggests thinning prescriptions should be designed to serve fire by separating crown from surface fuels; distributing slash to increase the extent of the surface burn; and removing large fuels such as logs from leave tree boles. 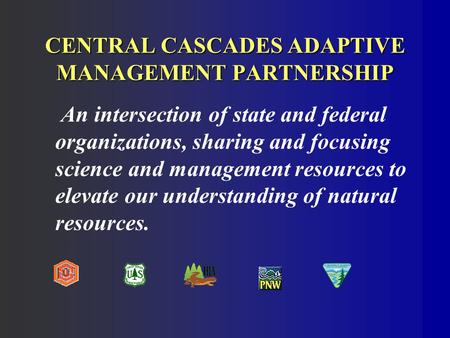 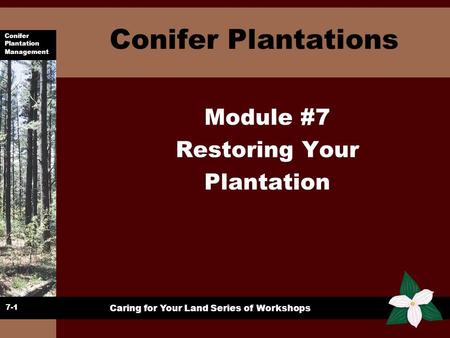 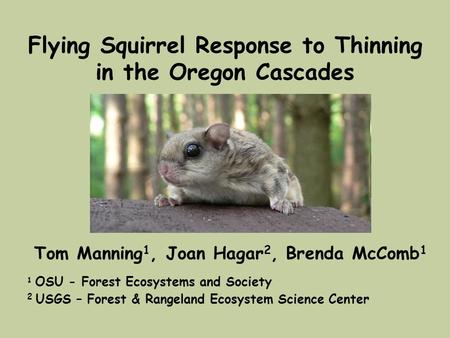 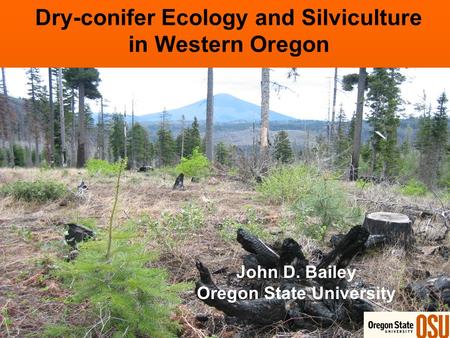 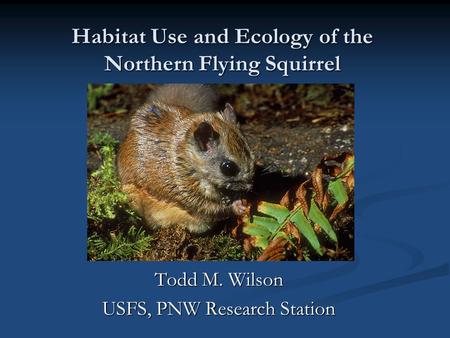 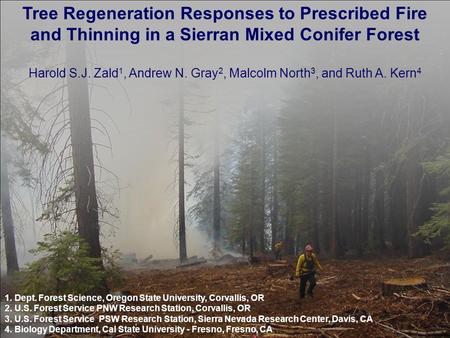 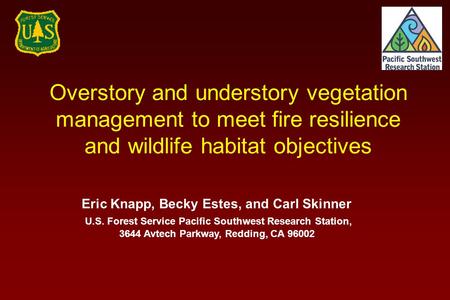 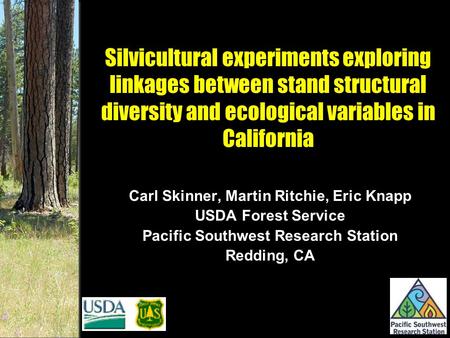 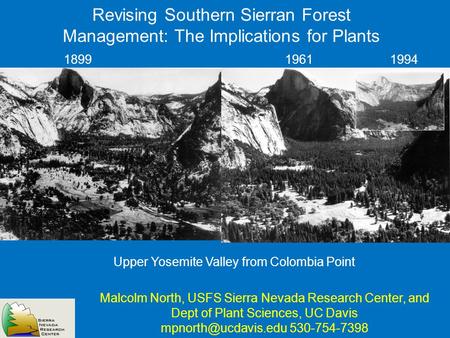 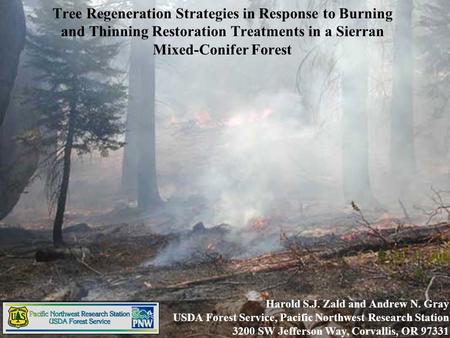 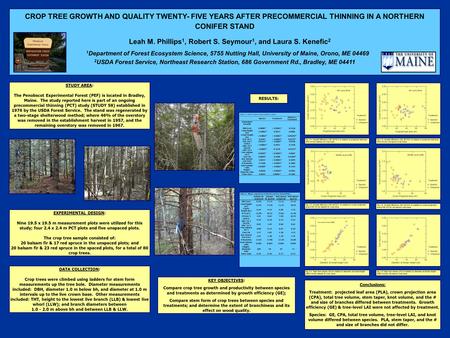 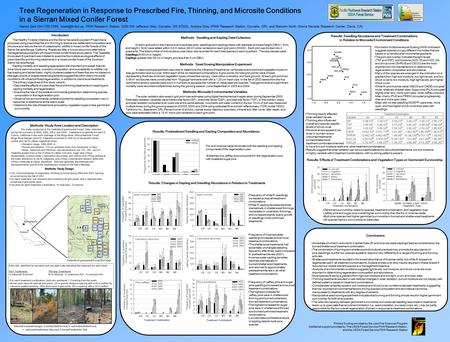 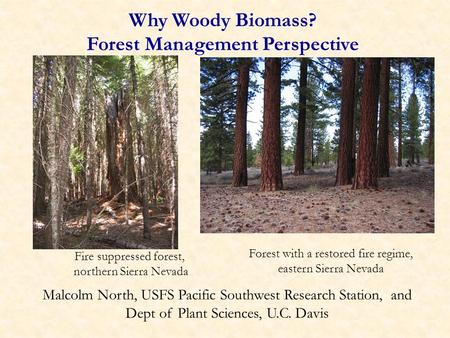 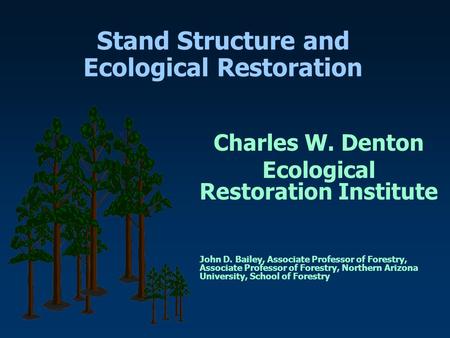 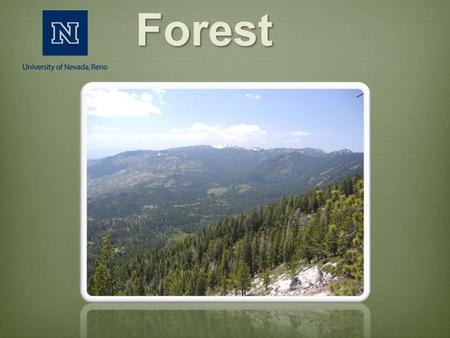 Whittell Forest. Jeffrey Pine Forest The Jeffrey pine forest is the dominant habitat in the Whittell Forest, covering nearly 1,800 acres and about two-thirds. 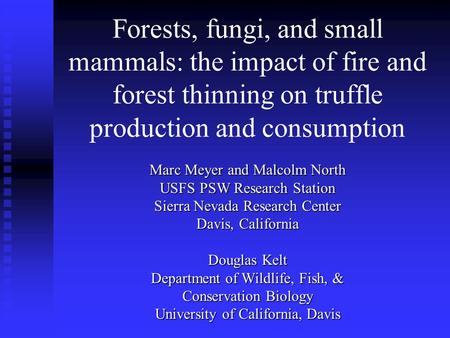 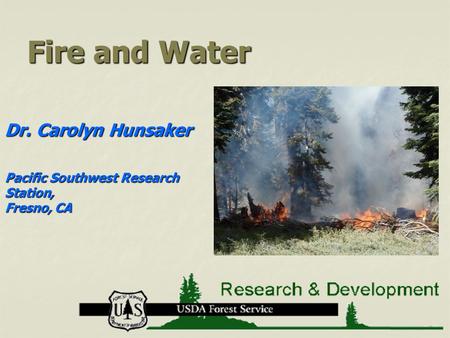 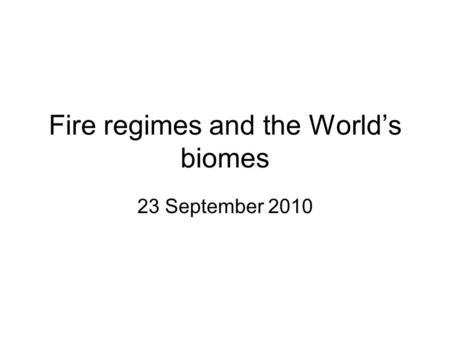 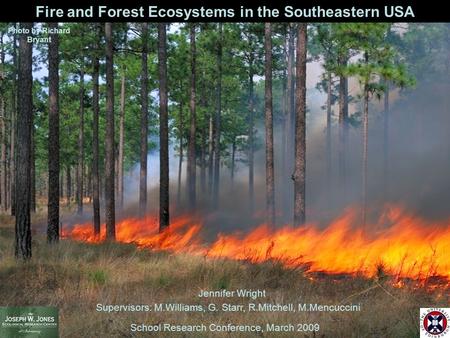 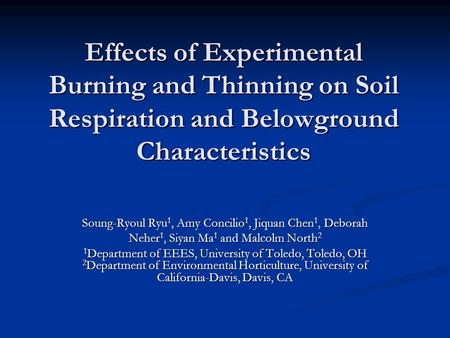