Presentation on theme: "“it takes a great deal of history to produce a little literature” ~ Henry James."— Presentation transcript:

2 In the beginning In 1800, there was a lack of “native literature” in America. There was very little fiction being written.

3 Why? - Opposed “made up” stories created for entertainment - This attitude prevailed for quite a while - More concerned with logical appeals and reason than creativity PURITIANISM / THE GREAT AWAKENING ENLIGHTEN- MENT

5 Father of the Detective Story

7 The early years Poe got along well with adopted mother, but fought often with his father. Though wealthy, Mr. Allan refused to pay for Edgar’s education at the University of Virginia because of his gambling debts and wild lifestyle. Later expelled from West Point for deliberately breaking rules, ending his relationship with Mr. Allan forever.

8 The early years He moved back to Baltimore and moved in with aunt and her daughter Virginia Clemm Already had published three volumes of poems and was now starting to write short stories. In 1835 returned to Virginia and edited Southern Literary Messenger and married his cousin Virginia.

9 The writing years The literary world was centered in Boston, New York, and Philadelphia. He contributed to literary magazines in those cities but struggled financially. He bounced from city to city and job to job. He couldn’t escape poverty.

10 The writing years In 1847, he was gaining recognition for his writing then Virginia died. She was 24 years old It sent Poe over the edge….too deep in sorrow he couldn’t recover. 2 years later, he was found delirious on the streets of Baltimore and died a short time later, alone.

Download ppt "“it takes a great deal of history to produce a little literature” ~ Henry James." 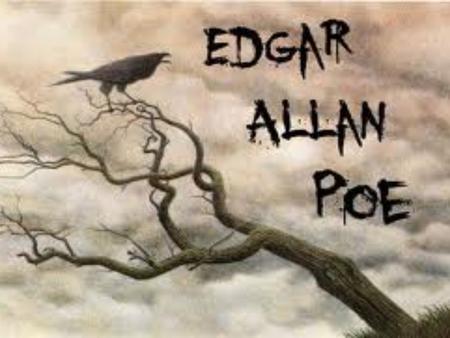 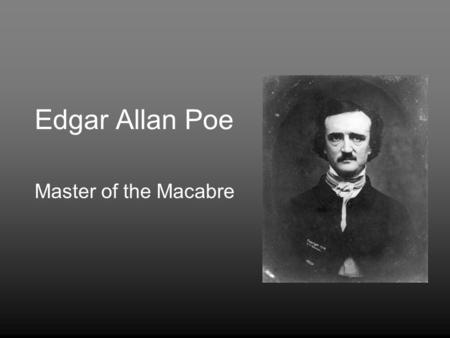 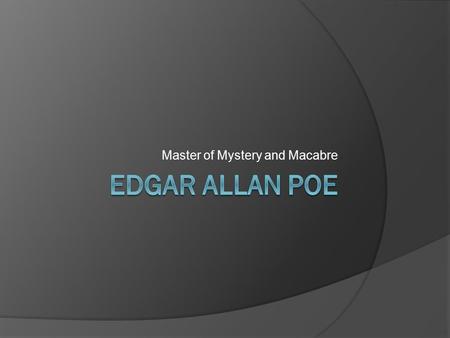 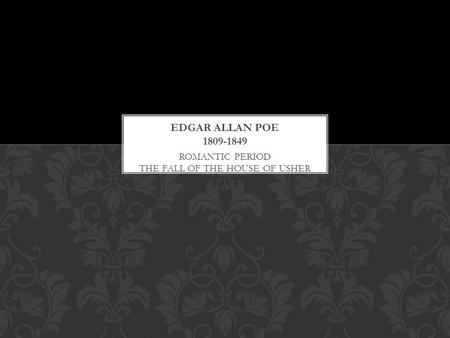