4 4 EVALUATION OF CAM PROCEDURE No capacity was allocated at the auction. Firm Yearly Products Auction Firm Monthly Products Auction Interruptible Products Auctions didn’t take place Bundled capacity at the border remains available in both directions There is a medium rate of utilization of capacity in the interconnection points between SP and PT NRAs called for comments on the results of the coordinated auction ONLY 1 SHIPPER has sent comments - confidential II.1 Coordinated CAM between Spain-Portugal. Update

5 5 COMMENTS RECEIVED FROM 1 SHIPPER The coordinated process is welcome in order to identify regulatory differences in both countries and to work in collaboration that it is important to create an Iberian gas market. The auction results are considered as disappointing and a signal of lack of interest in the offered products. The comments are focused on other aspects (mainly regulatory issues) they think the lack of interest can be explained by : A)Spanish side: Transit contract: should be aligned with Directive 73/2009 and Regulation (EC) 715/2009 Exit tariff: high price to be revised. II.1 Coordinated CAM between Spain-Portugal. Update Note: the comments are shown as they were received, thus they may present inconsistencies and divergences

6 6 COMMENTS RECEIVED FROM 1 SHIPPER B)Portuguese side: Rule on annual maximum flow (to apply fix term of the tariff) lead to a disproportioned cost for small shippers. Flexibility on balancing rules, recently modified, recognized as a positive rule. They ask for harmonization in interconnection points management: same rules on contracting, programming and nomination, procedure, schedule… LNG terminal access in a non-discriminatory way. II.1 Coordinated CAM between Spain-Portugal. Update Note: the comments are shown as they were received, thus they may present inconsistencies and divergences To work on the definition of the next yearly auction procedure around mid 2013 PROPOSAL AND NEXT STEPS

8 8 II.3 Coordinated CAM in the Region. Draft Roadmap on CAM harmonisation in the SGRI (Information by NRAs)

10 10 II.3 Coordinated CAM in the Region. Draft Roadmap on CAM harmonisation in the SGRI 1) CALENDAR and PRODUCTS Standard products following CAM NC to be offered in 2014 All of them? Which products, when and in which interconnections? Auction calendar to be established in line with CAM NC Bundled capacity Auction algorithm: ascending clock, uniform price... Other aspects...

18 18 IV. Investment Area of workResponsibleStartingDeadline Regular update and publication in CEER website of project status of OS 2013 and 2015 TSOs - NRAsDec. (yearly) Jun. (yearly) Creation of a working group in the region in order to test the process of PCI identification NRAs-TSOsApr. 2012Dec. 2012

20 20 IV.2 Update on PCI Identification (Information by NRAs and TSOs)

21 21 Working group created by the CE with the aim of identifying PCIs in the N-S corridor in Western Europe according to draft Regulation for trans-European energy infrastructure. Last meeting: 29 th September. EC has asked NRAs their opinion on the PCIs. To be deliver at the end of the month in a individual or regional coordinated way EC informs that new criteria has been adopted:  Sustainability is evaluated in a qualitative way.  A new indicator has been established in the “market” group to avoid isolated markets. Next meeting: 26 th November: assessment of the new indicator’s weight. The first list of PCIs is planned to be available in January 2013. IV. TYNDP and PCIs IV.2 Update on PCIs identification North-South gas interconnections in Western Europe

23 23 IV.3 Regional Investment Plan in the South Region GRIP NRAs welcome the publication of the first GRIP for the South region. The GRIPs is a learning-by-doing process there is room for improvement (I):  Update with data on demand and supply in the Region. Need to focus on the interdependence of the three markets and its integration into Europe. Analyse flow patterns in the region, in light of the global market trends.  Considering not only infrastructure linking the countries inside the Region, but also coordination and integration with national investments and with infrastructures aimed to connect the Region with neighbouring Regions.  The simulations should further describe the congestions and potential remedies. Need to focus on the exact contribution of each infrastructure development or reinforcement being part of the wider projects of increasing the interconnection capacities. NRAs FEEDBACK ON GRIP (I)

24 24 IV.3 Regional Investment Plan in the South Region GRIP Room for improvement (II):  The valuable descriptions of the benefits expected should be complemented with a consideration of the specific needs of each market and also of the estimated costs of the projects. Providing this additional information in the GRIP would allow for a more robust assessment of the different projects, in line with the cost-benefit approach put forward in the Infrastructure Package.  Stakeholders to be involved at an earlier stage of the process, so their views and concerns can be addressed in the final version of the GRIP. The GRIP facilitates the identification of the needs of the region and the assessment of the different investment projects, thus contributing to an efficient development of infrastructures. An open dialogue is launched within the Implementation Group to translated the recommendations into concrete measures for the next GRIP. NRAs FEEDBACK ON GRIP (II) 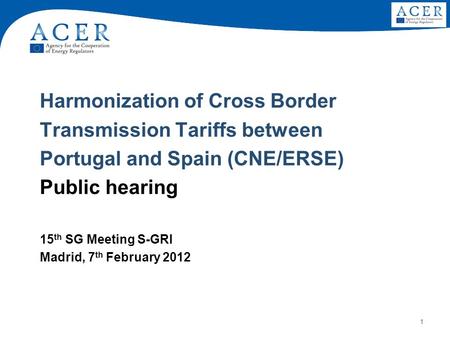 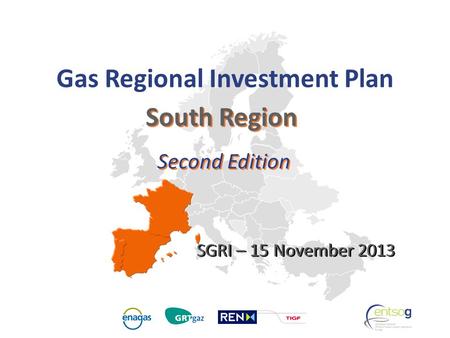 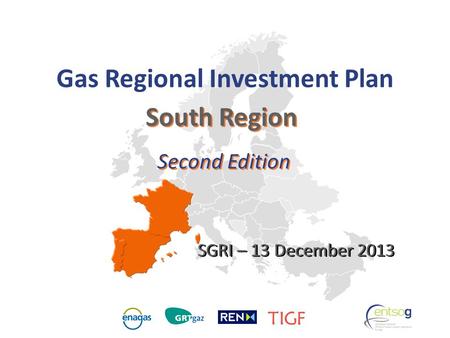 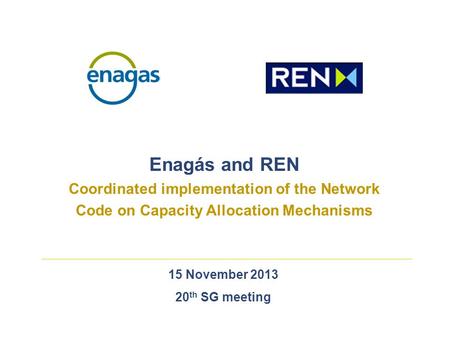 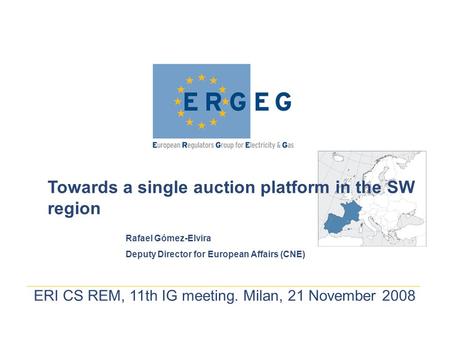 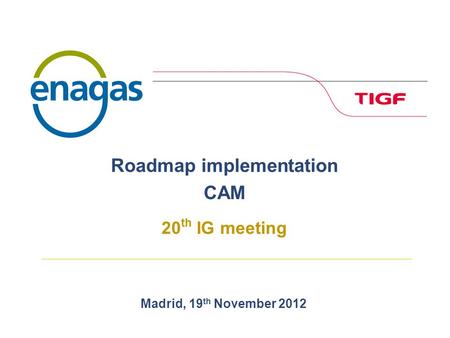 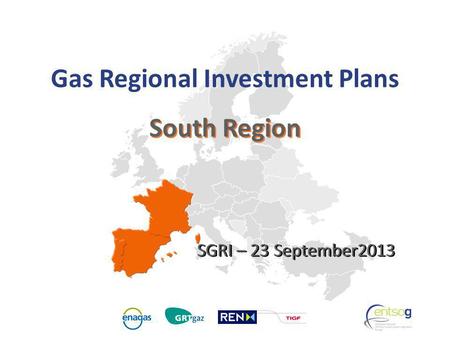