Gas Regional Initiative – North West Region The Hague 13 December 2007 Day Ahead On x-borders of 2008 Presentation to the RCC.

Presentation on theme: "Gas Regional Initiative – North West Region The Hague 13 December 2007 Day Ahead On x-borders of 2008 Presentation to the RCC."— Presentation transcript:

3 3 DA Making progress RCC, The Hague, 13 December 2007 1. What happened in 2007 ? 2ndary firm: We designed the product, identified as well as remedied bottlenecks. Project is to kick start in April 2008. 1ry interruptible: We ran into legal bottlenecks. We decided to park it for a small while in the spring 2007. Started slowly again after SG in October.

4 4 DA Making progress RCC, The Hague, 13 December 2007 2. What do we want for 2008 ? Same as in 2007: ‘no half empty gaspipes’.  We want the existing pipes used as fully as possible. We want commitment of TSOs (and strong players) to make that happen.  This is partly being achieved through the start of DA 2ndary firm pilot in April 2008.  Still we need to make sure the ‘sword of Damocles’ of 1ry interruptible product is worked on as well.  What does it mean for possible actions of RCC?

5 5 DA Making progress RCC, The Hague, 13 December 2007 3a. What actions RCC needs to decide on? 1.Legal work, whole pilot: We wrote to governments on DA legal bottlenecks. Do we ask for response timing ? In addition, how about work on new solutions like EFET Tulip auction proposal. 2,2ndary firm: We need to keep pressure up. So we monitor to and from April 2008. We decide on evaluation for DEC 2008. 3.1ry interruptible: We need to decide if/how (hard) we pursue. And in which WS. There are 3 options presented in next slide 3b. Two risks for all 3 aspects above  TSOs don’t want to work on it.  Too many efforts in different groups/levels aimed at same create less.

6 6 DA Making progress RCC, The Hague, 13 December 2007 3b. What actions RCC needs to decide on? Scenario 1: we follow current EFET proposal 1 st step. Improved information transparency to allow shippers to evaluate better the risks of interruption on either side of a border; -Current TSO proposal in WS Transparency for end of 2008 is a good step. But how we ensure it is delivered. 2 nd step. Some form of conditional or linked bidding whereby a party is not left with capacity on one side of a border, or returnable capacity in the event that a capacity chain cannot be completed. 3 rd step. Convergence of definitions of interruptible service and of allocation techniques; -this is prerequisite to take before start with bundling! (see 4 th step) 4 th step. Bundling of capacity - longer term solution, see 3 rd step above for quick win. Scenario 2: we choose 1 stone to push - Bundling of products. Scenario 3: we wait till start of the pilot in April 2008 and then decide.

Download ppt "Gas Regional Initiative – North West Region The Hague 13 December 2007 Day Ahead On x-borders of 2008 Presentation to the RCC." 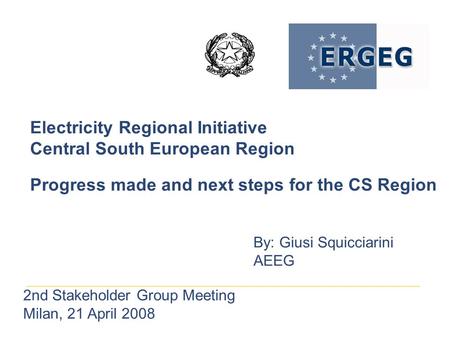 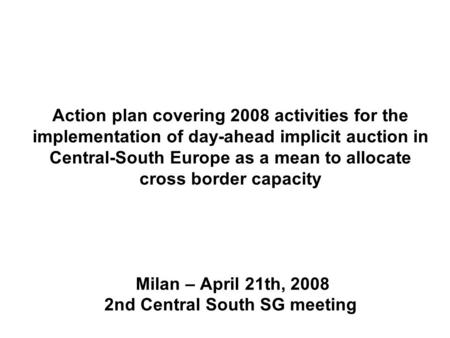 Action plan covering 2008 activities for the implementation of day-ahead implicit auction in Central-South Europe as a mean to allocate cross border capacity. 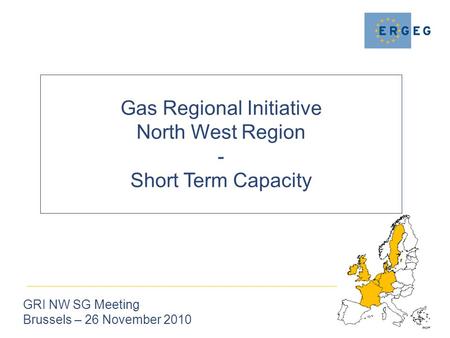 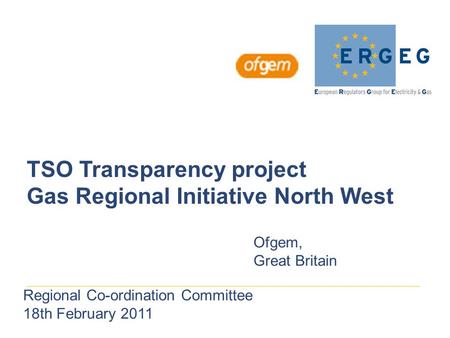 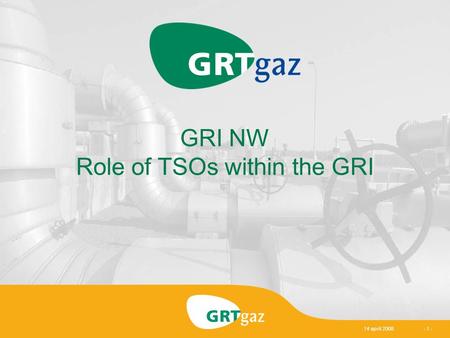 14 april GRI NW Role of TSOs within the GRI. 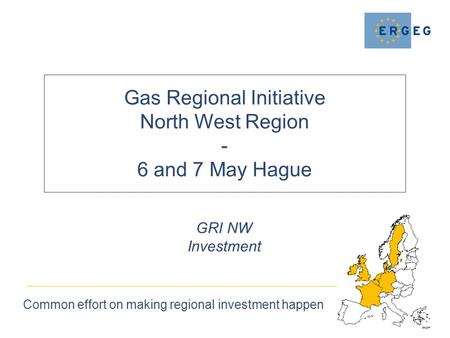 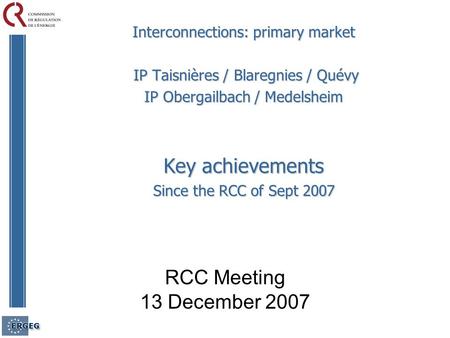 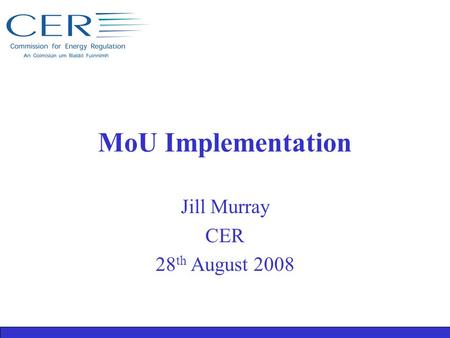 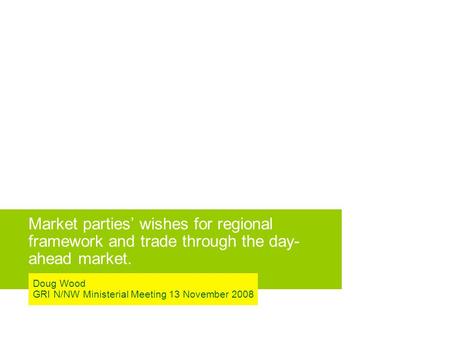 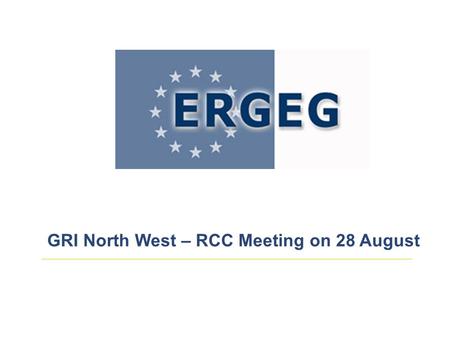 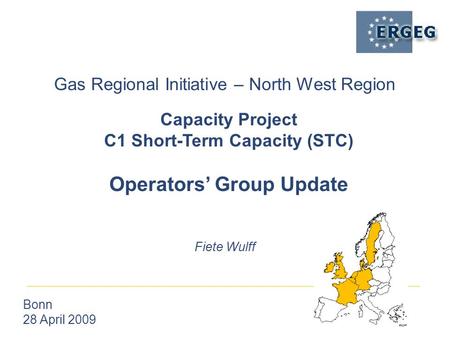 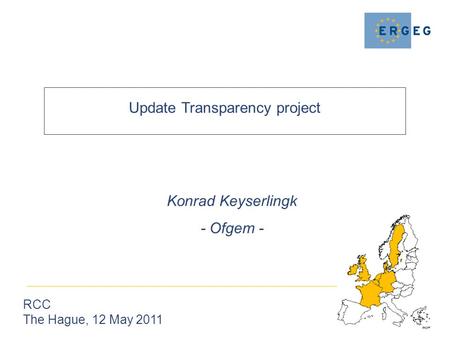 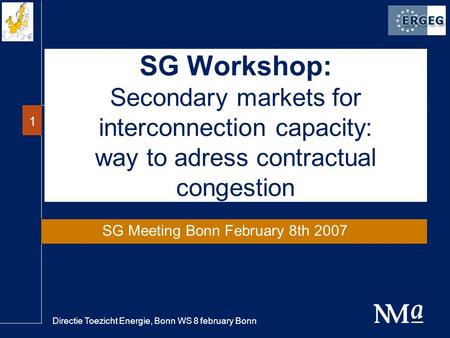 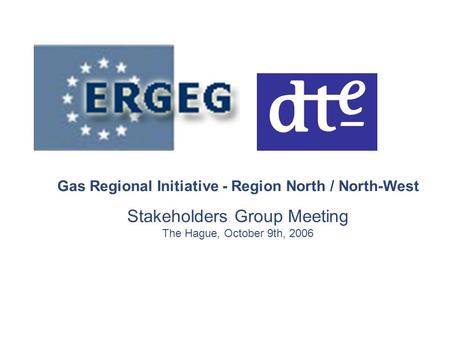 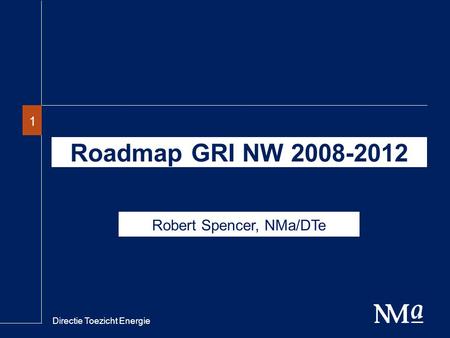 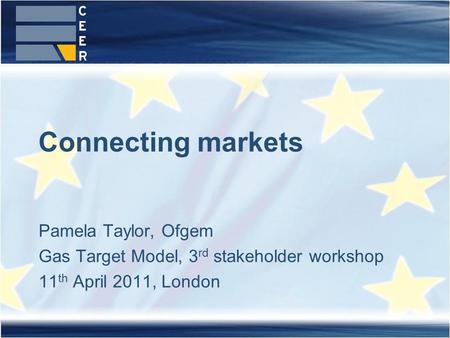 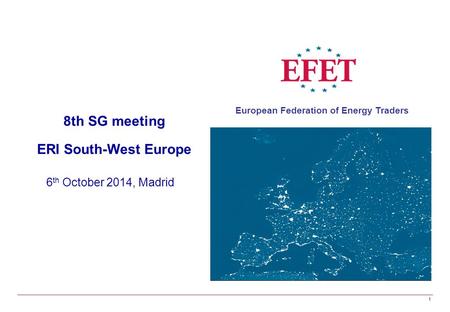 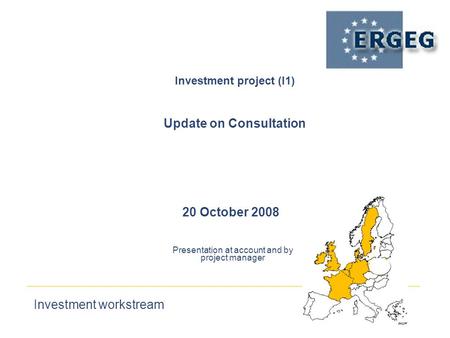