2 Drama When we were young, we all loved to dress up in costumes and outfits, say as cowboys, or as Darth Vader from Star Wars, or as Dorothy from The Wizard of Oz. We sang and danced or defeated the bad guys. We were the characters, the heroes and villains. Drama—acting or simply reading characters’ words—allows us to step into characters’ shoes and act like them. As we read, we can visualize what they’re doing, thinking, and feeling because we can hear their words as we interpret their emotions.

3 Drama Comes from the Greek Word, “Dran” Means “To do” or “To Act”
The Doing/Acting Makes Drama

4 Purpose and Definition
A drama is a story written to be performed by actors, using speech and movements in front of an audience

8 Elements of Drama Plot Characters Setting Acts Scenes
The related events that take place in a drama are separated into acts. Most plays have two or three acts, but there are many variations. Within an act, there are shorter sections called scenes. A play can have any number of scenes.

13 Monologue Playwrights may also use a monologue, which occurs when only one character speaks for a while. The character may be with others onstage or may be alone. Christine from Phantom of the Opera

14 important clues to their personalities.
In the written form of a play, dialogue appears without quotation marks. Practice reading this dialogue from The Monsters Are Due on Maple Street: Mrs. Brand (from her porch). Steve? What was that? Steve (raising his voice and looking toward porch). Guess it was a meteor, honey. Came awful close, didn’t it? Mrs. Brand. Too close for my money! Much too close. from The Monsters Are Due on Maple Street by Rod Serling There are two characters in the conversation—Steve and his wife, Mrs. Brand. The name at the beginning of each line tells who is talking. When you read dialogue, you need to keep track of individual characters. Their words are important clues to their personalities.

15 Stage Directions Mrs. Brand (from her porch). Steve? What was that? Steve (raising his voice and looking toward porch). Guess it was a meteor, honey. Came awful close, didn’t it? Mrs. Brand. Too close for my money! Much too close. from The Monsters Are Due on Maple Street by Rod Serling some lines have italicized words and phrases contained within parentheses. These are stage directions. They are not meant to be spoken aloud. For the actors—and for a reader of the play—they offer guidance on what is happening and how to understand the meaning of certain lines.

16 Stage Directions Mary. Yes, I agree with you. (She really doesn’t.) As a reader, the stage direction “(She really doesn’t.)” helps you understand Mary’s feelings as well as events that may occur later in the play. An actor delivering this line would show that Mary doesn’t mean what she says. The actor might pause before speaking or move in a way that shows she is not sincere. When you read a play, be alert to the stage directions. When you watch a play, pay attention to the action and to specific actors’ movements. These are important elements of drama that convey meaning. 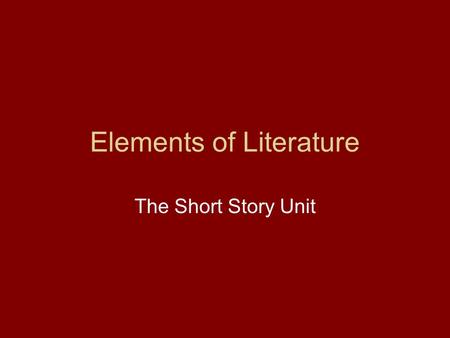 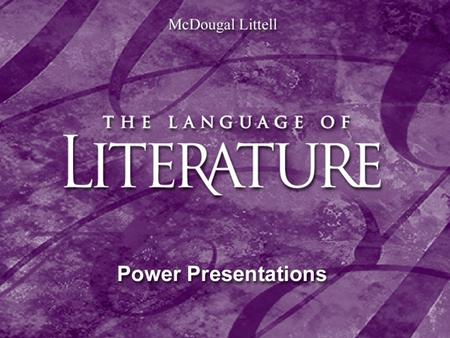 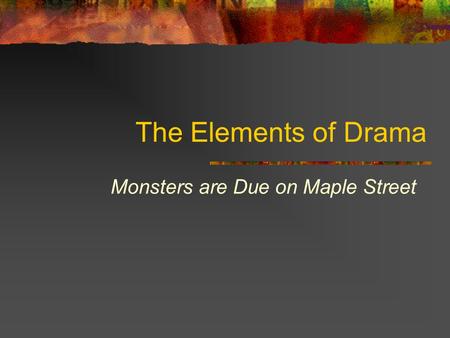 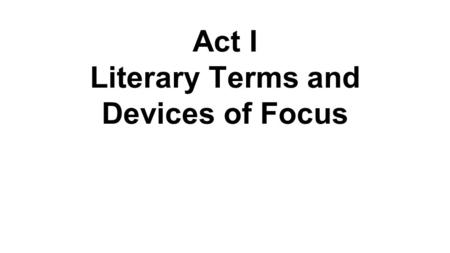