8 Exit Slip Would hydrogen fluoride (HF) have a polar bond? Explain why.
How would the H and F atoms be portrayed in the comic book—as polar bears, penguins, or both? Explain. Draw the partial charges next to the H and F atoms. Draw a dipole arrow for the bond. Unit 2 • Investigation IV

9 Wrap-Up Anytime there are two different types of atoms sharing electrons, there will be a partial negative charge on one atom and a partial positive charge on the other atom. Electronegativity measures the tendency of an atom to attract the electrons in a bond. (cont.) Unit 2 • Investigation IV

10 (cont.) The bonds are labeled nonpolar covalent, polar covalent, and ionic as the difference in electronegativity between the two atoms in the bond increases. Unit 2 • Investigation IV 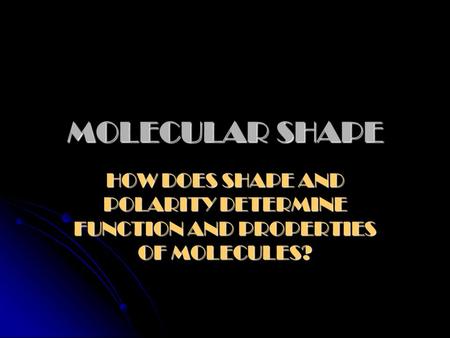 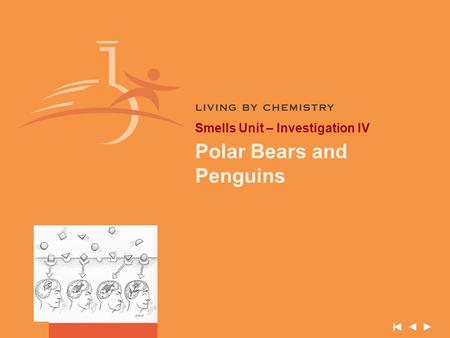 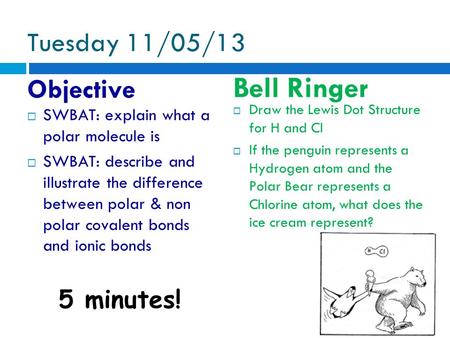 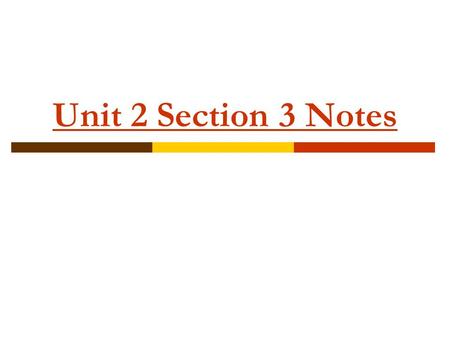 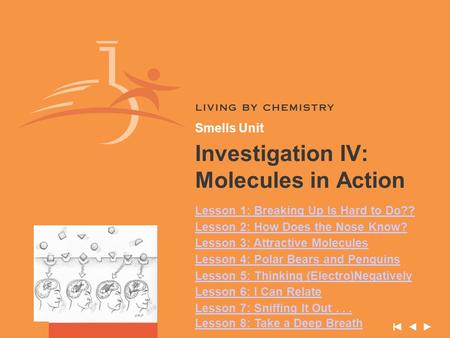 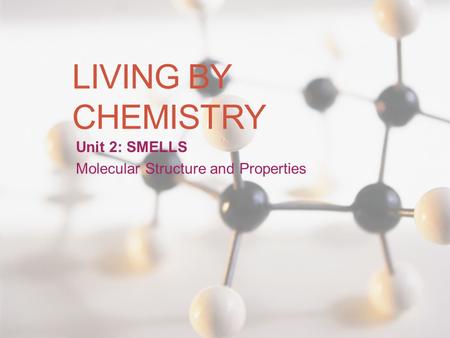 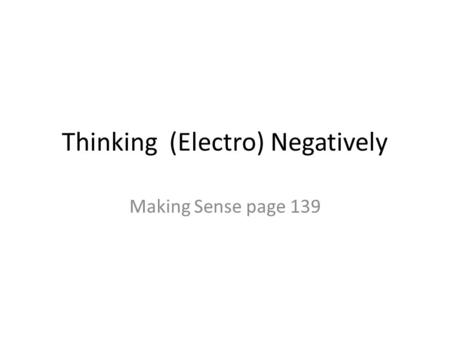 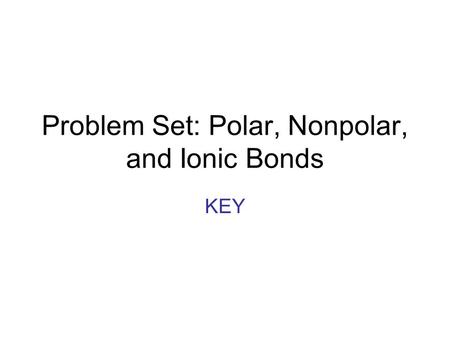 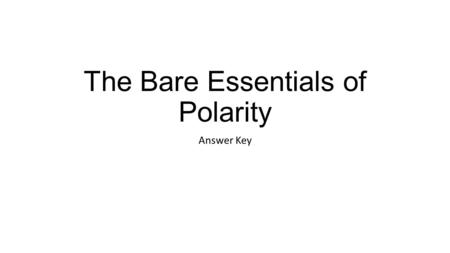 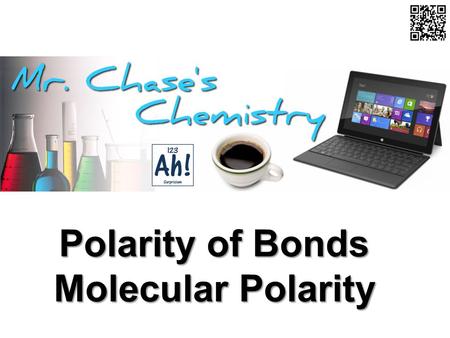 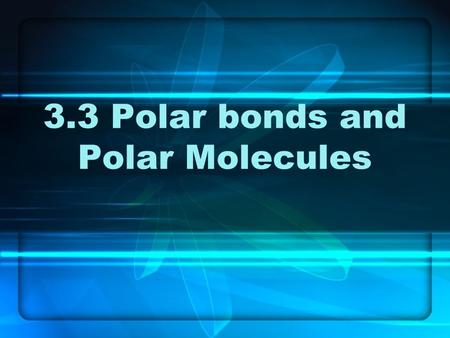 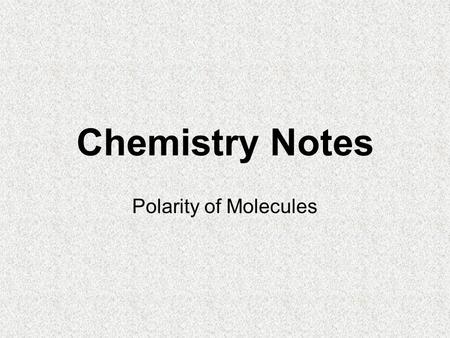 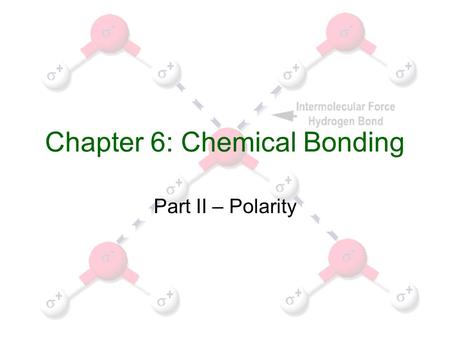 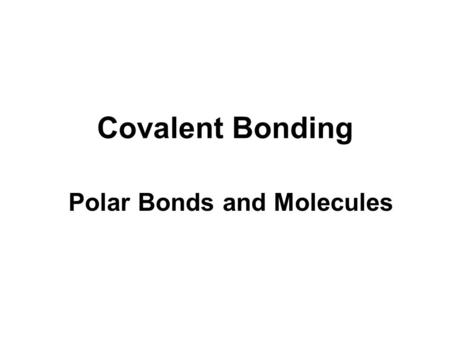 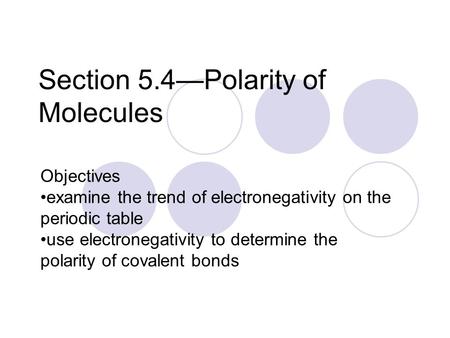 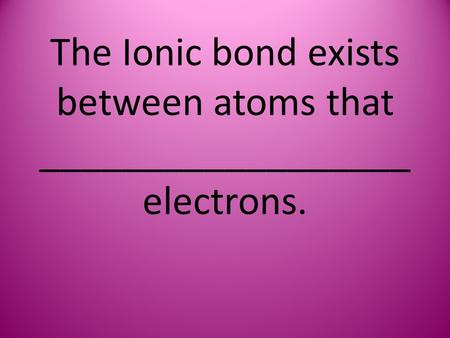 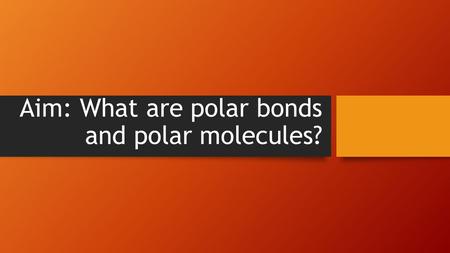 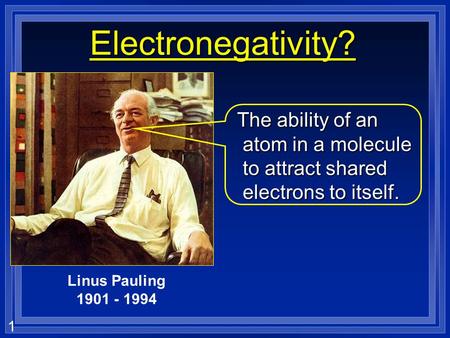 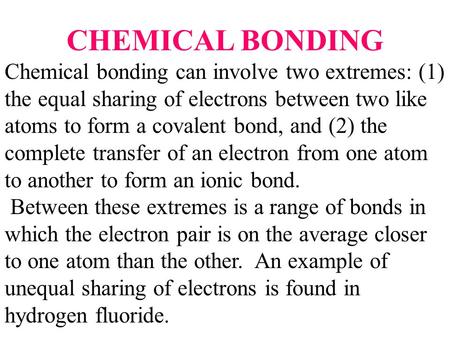 CHEMICAL BONDING Chemical bonding can involve two extremes: (1) the equal sharing of electrons between two like atoms to form a covalent bond, and (2)