2 What comes to mind when you think of the term feminism??

5 What is the point of feminist criticism?
The goal is to appreciate, not necessarily accept the insight of women Examine stereotypes, prejudices, limitations and/or freedoms that women experience Can also be called gender criticism

6 What is the point of feminist criticism?
To examine the ways in which female characters might be marginalized Economically Socially Politically Or represented as stereotypes based on popular ideology

7 Using Feminism as a Lens for Critical Analysis
You assume that… The work does not have an objective status; that is, the text is a product of the world for the world and has influence upon the audience. Men and women are different and these differences should be valued.

9 Key Concepts of Feminism
1. Patriarchy: a social system where the father is the head of the family and men have authority over women and children Question to consider when analyzing the text: How are the social systems and relationships in the text constructed and is there any evidence of patriarchy?

11 Key Concepts of Feminism
2. Domesticity –A woman’s traditional place is within the home, she lives in the domestic, private sphere; while men live in the public sphere of work and commerce. Question: What are the roles of characters in the text and are how are they related to domesticity?

13 Key Concepts of Feminism
3. Female Dichotomy –Women are represented in the text in binaries such as the Angel (organized and right) vs the Crazy woman in the attic (disorganized and evil). In these binaries, the lustful ‘fallen’ woman is always a negative character and is often punished. Question: What binaries are evident in the portrayal or characterization of characters in the text?

15 Key Concepts of Feminism
4. Women as Nature –Women are often compared to nature. The comparison is that they can both be nurturing and/or destructive and wild. It is ‘up to men’ in both cases to tame, control, or conquer nature and women. Question: Is there any evidence of a connection between female representations and nature? How are these represented and what are the connotations or associations with nature?

17 Key Concepts of Feminism
5. Hysteria and Weakness –Women are the ‘weaker sex’ and therefore more emotional. Many medical issues women faced were shrugged off as hysteria. Hysteria conveniently enforced the idea that women are incapable decision makers (especially when is came to politics or economics). As hysteria was directly linked to uteruses, men were immune. Question: How is illness or weakness represented in the text?

19 Key Concepts of Feminism
6. Female Competition –All women are in competition with each other for men. The myth that women cannot get along, helps enforce the idea that if women did get together to form a feminist group, all they would do is ‘gossip and bitch’. This reinforces the notion of a husband and family as the ultimate goal. As well, it reinforces the need for ‘female vanity’ and competition among women over sexual attractiveness. Question:  Is there evidence of competition to secure the attention of men by women in the text?

21 Key Concepts of Feminism
7. The Importance of Appearance and the Aging Woman – women’s appearance and beauty is more important culturally and in society than men’s appearance they ‘depreciate’ as they age. The “old woman” character is usually a bitter, resentful, envious, evil, de-sexualized, witch. Question: How are physical characteristics and age represented in the text?

23 Key Concepts of Feminism
8. Male Gaze –Female characters (in poetry, prose, paintings, plays, and especially films) are objects for the “male gaze”. Question: How do women and men behave in the story? Is there any evidence of the “male gaze”?

25 Key Concepts of Feminism
9. The Need for Masculine Protection –The idea that women are passive, vulnerable victims to be protected, suppresses and subordinates those it protects. Women must allow themselves to be oppressed to qualify for protection. Question: In what ways is the dichotomy between good and bad represented? Are there any characters that provide the role of protector and how does gender factor into these relationships? 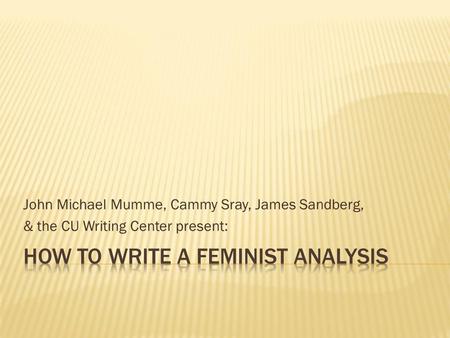 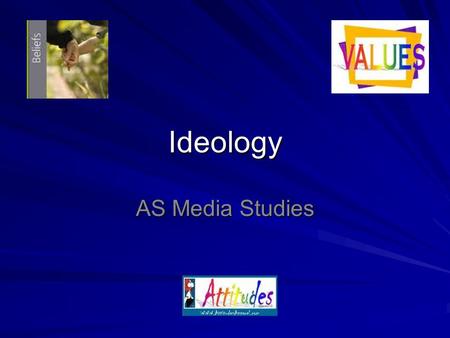 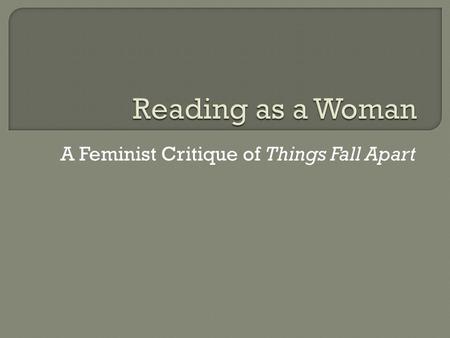 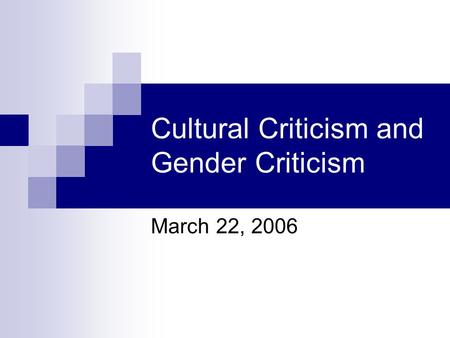 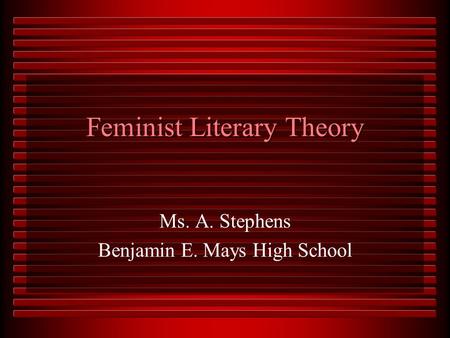 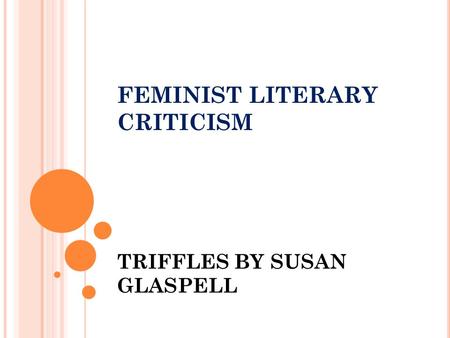