2   A sonata is usually a piece in several movements for a solo instrument and piano.  The piano part is of equal importance to the other instrument, rather than simply accompanying.  In Baroque music, the piano did not exist so this role would have been taken by the harpsichord or chamber organ.  A ‘cello or lute may also be added, forming the basso continuo group.  Watch an example of this in J.S.Bach’s sonata for violin. Sonata

3   A concerto is a piece for solo instrument accompanied by orchestra.  This concept was introduced in the Baroque period, but is still a popular type of composition today.  Watch an extract from the famous ‘Concierto de Aranjuez’ by Joaquin Rodrigo. Concerto

4   A concerto grosso features a group of solo instruments (accompanied by orchestra)rather than just one.  This group of instruments is known as the concertino.  The rest of the orchestra are called the ripieno.  Both in concertos and concerto grossos, the orchestra often play a returning theme which we hear throughout the movement. This is called a ritornello.  Listen to the 3 rd mvt of ‘Autumn’ from Vivaldi’s The Four Seasons. How many times does the ritornello appear? Concerto Grosso

5   This is a piece for organ. Bach was particularly good at writing chorale preludes.  The melody of a well-known hymn tune or chorale would be hidden amongst an intricate piece of music.  The ‘chorale’ part is often played using a different organ stop (or voice) to help it stand out from the rest of the piece.  Listen (again!) to Bach’s Wachet Auf – this time, the organ choral prelude version. Chorale Prelude

6   Another piece usually written for organ.  It consists of a series of variations played over the top of a ground bass.  It is usually in a minor key.  Listen to Bach’s Passacaglia in C minor Passacaglia

7   Another piece often heard on the organ.  It consists of a theme and variations heard over a repeated sequence of chords.  It could also be above a ground bass.  It is practically the same as a passacaglia but is usually in a major key. Chaconne 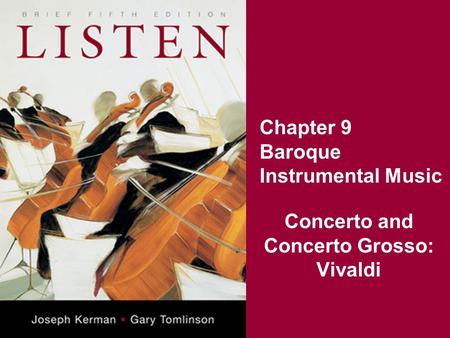 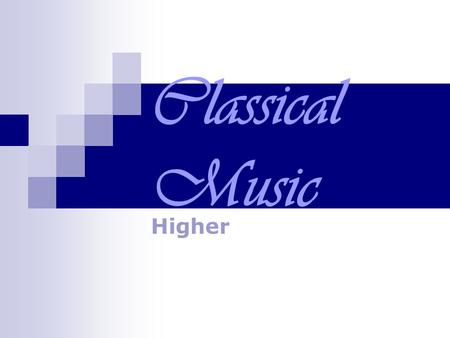 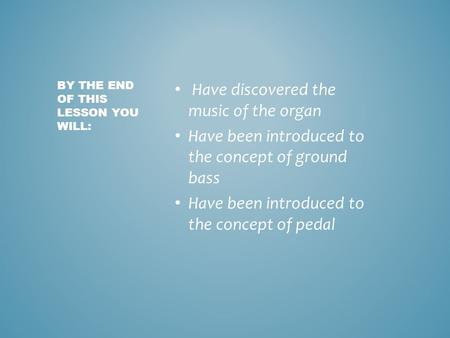 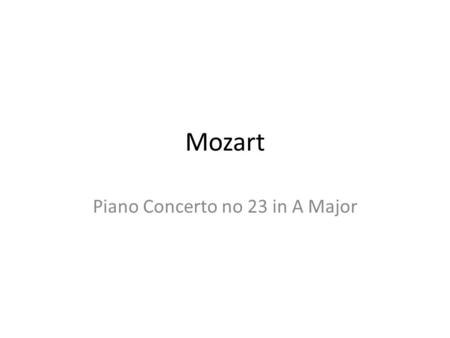 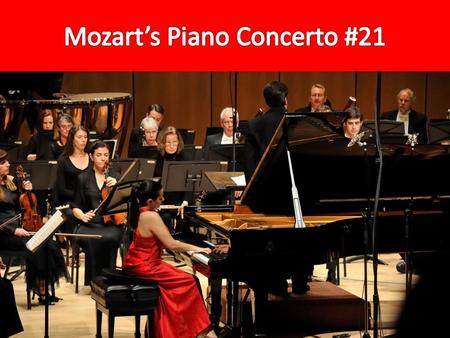 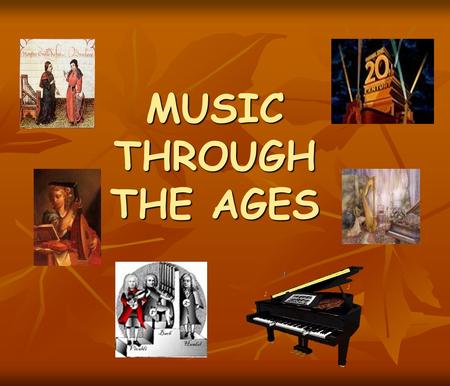