2 “War of the cross” The Crusades

3 The Five W’s of The Crusades

4 Who? Christian Vs. Muslims

5 What? Wars Initiated by Christians to win back the Holy Land-Jerusalem- from the Muslims. Jerusalem was controlled by the Muslims, Christians fought to take control.

8 Why? Jerusalem was very important to both Christians and Muslims.
Jerusalem was considered to be the Holy Land for both Religions. Christian Importance: Jesus born near by, Lived most of his life in Jerusalem, and Crucified (died) there. Muslim Importance: Muhammad spent a lot of time there.

10 How? Christians, called “Crusaders,” made long trips from England to Jerusalem, at the request of the King, to fight the Muslims in an attempt to take back control of Jerusalem.

12 Propaganda of the Crusades
Urban appealed to the knight's religious convictions Urban said Muslim Turks were robbing and torturing Christian pilgrims journeying to the holy land. The war offered knights a chance for glory and wealth. Urban suggested the knights fight Muslims instead of continuing to fight one another. 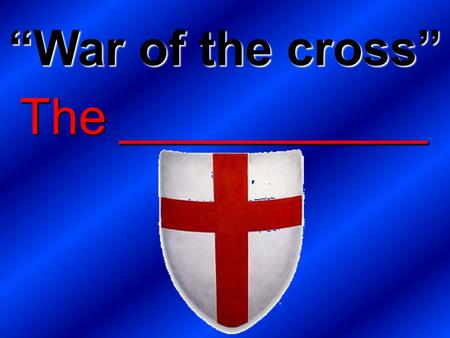 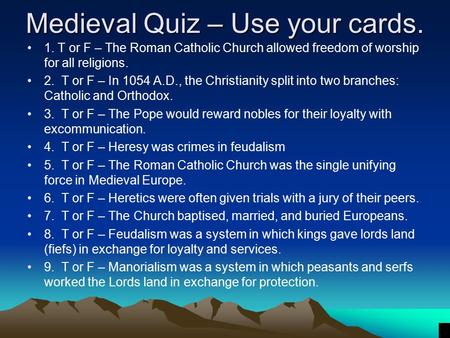 Medieval Quiz – Use your cards. 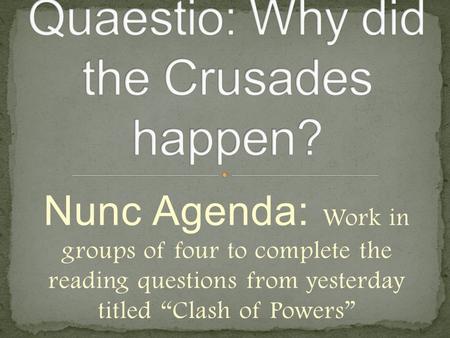 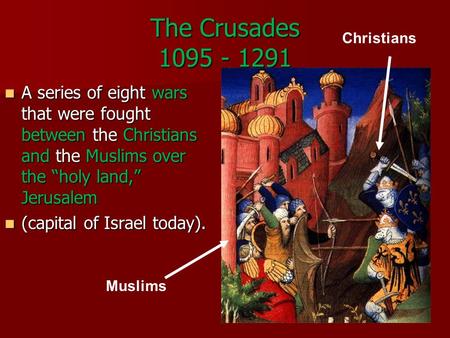 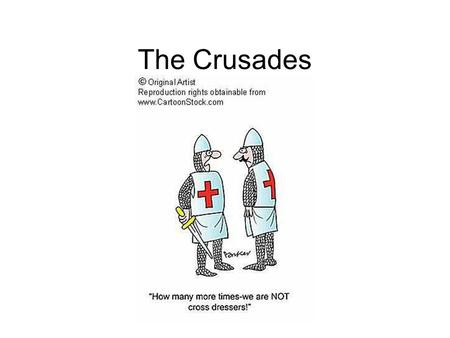 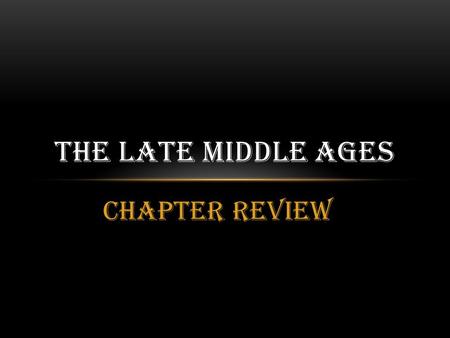 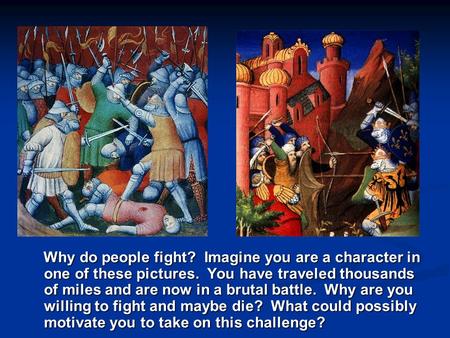