2 Case Study THE IMPACT OF TROPICAL CYCLONE ‘’FUNSO’’ OVER THE SOUTHERN COAST OF TANZANIA A CASE STUDY OF HEAVY RAIN AT KILWA ON 17TH JANUARY, CONCLUSION During the 2011-2012 the south-west Indian Ocean got hit by several tropical disturbance and tropical cyclone. One of them is the tropical cyclone “FUNSO”. It started as a low pressure at around 150S of equator just off the coast of Mozambique along the Mozambique Channel. On 16th of January 2012 a surface low pressure cell developed in the Mozambique channel and the convective cells were formed and get organised into intense rainband and then developed to a Tropical cyclone “FUNSO”. The presence of upper level anticyclone provided favourable conditions for development, together with weak directional wind shear and good outflow. This configuration caused heavy precipitation at Kilwa station southern coast of Tanzania Apart from Tanzania, the impacts of tropical cyclone “FUNSO” was reported in several countries along the southern Africa like Mozambique, Malawi, South Africa and Swaziland where it caused floods, loss of lives and damage to properties. Most of the global and regional models captured very well the heavy precipitation over Kilwa and southern Tanzania as a whole, Based on the satellite and surface observations, forecasters’ analysis, good performance of the NWP models and RSMC Nairobi and RSMC Pretoria guidance products, the Tanzania meteorological Agency forecasted very well the situation and actually it gave the heavy rain Advisory to the public for the areas along the southern parts of Tanzania..

3 Case study TC-Funso Conclusions? Purpose? Who would it be useful to? Format: Body of text versus annexes

6 Who are the users? Users: Colleagues Colleagues from other offices; Supervisors and administrators; International users

7 Before you begin… What is the conclusion? Begin with the end in mind! Gather facts, images, reports that support (or not) your conclusions Write an outline with facts in point form Format: Use explicit internet links and scientific notation for references

9 Abstract Summarize main facts and conclusions. Reader should be drawn to read further

10 Introduction Why is this case study being considered; why is it important? Are there others like it? Is there a body of scientific knowledge that supports the phenomena Tell the reader what they are about to read this will invite the reader to read further.

12 Forecasts and warnings Summarize forecasts and warnings issued keeping in mind issue time, onset time, valid time, area forecasted and intensity of the phenomenon How was the forecast disseminated to the DMCPA, media? ; was there any interactions with them? Details should be in the annex

16 Conclusions and recommendations Main conclusions – can you conclude based on the evidence what you set out to conclude i.e. back in the introduction and mentioned in the Abstract)? What further areas of study does this lead to? Is this study applicable to other areas? What should be changed if anything – products; procedures; formats? 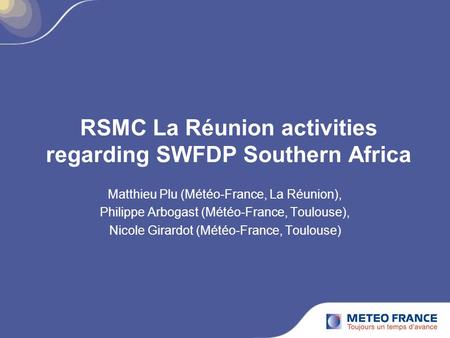 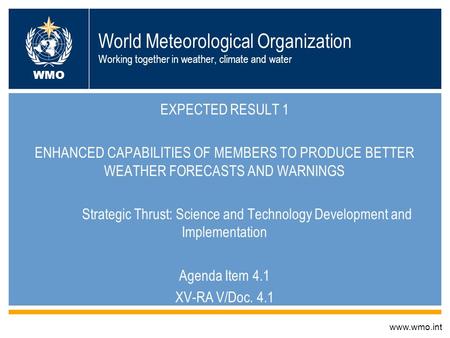 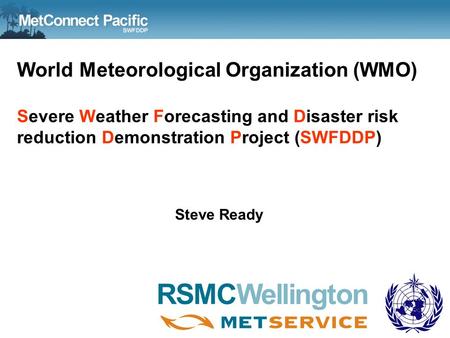 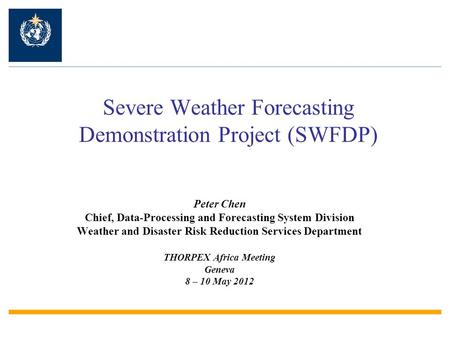 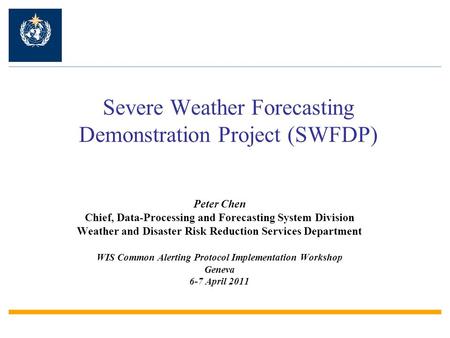 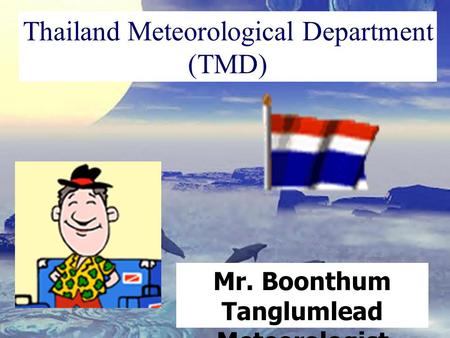 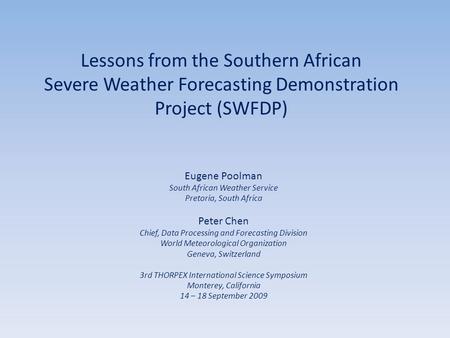 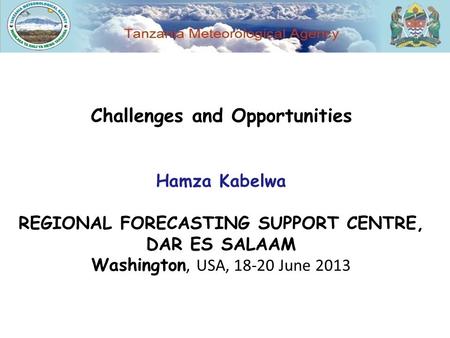 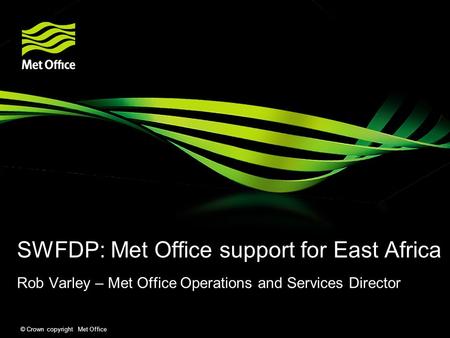 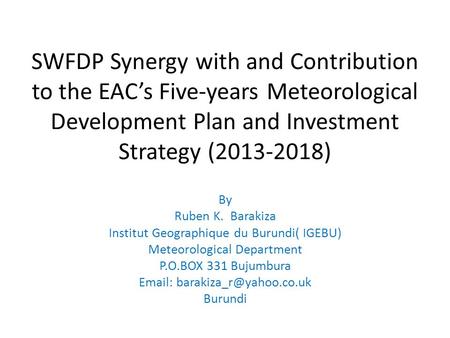 SWFDP Synergy with and Contribution to the EAC’s Five-years Meteorological Development Plan and Investment Strategy ( ) By Ruben K. Barakiza Institut. 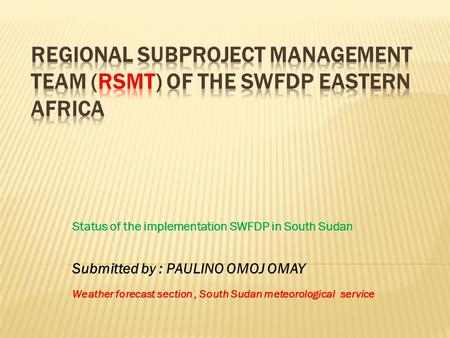 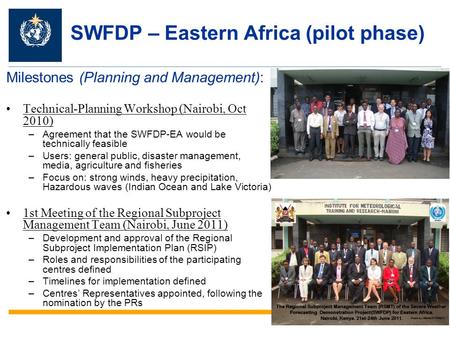 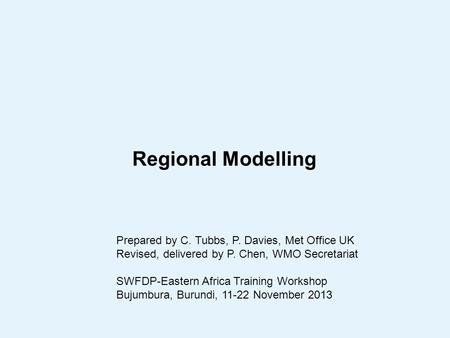 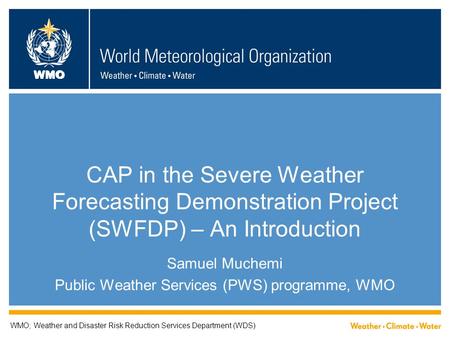 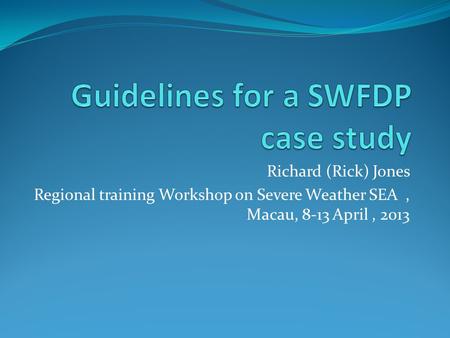 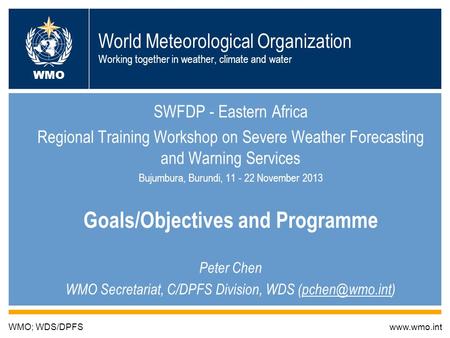 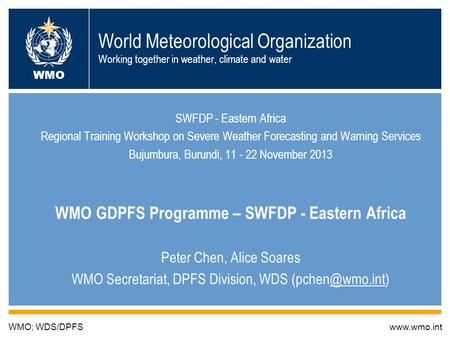 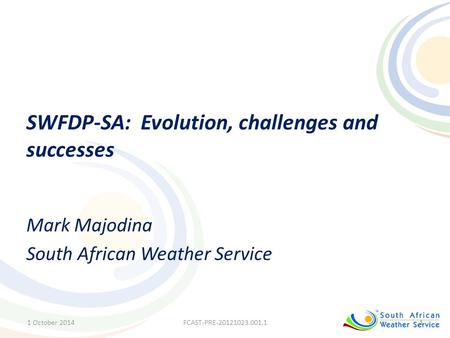 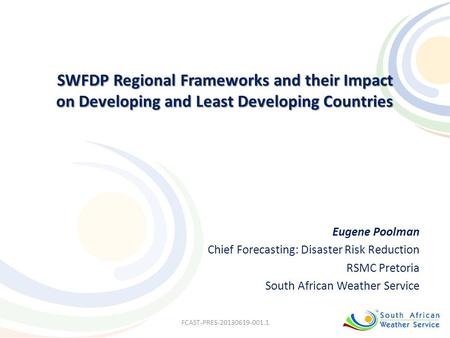 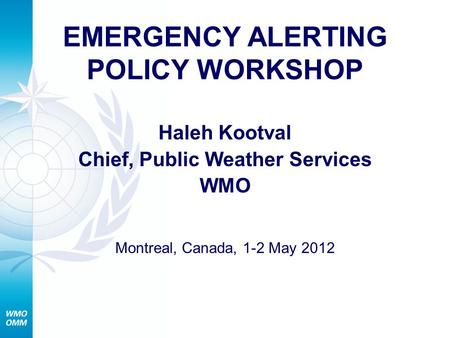