1 A Christmas Carol (Summary and activities by Fran Roberts, M. Ed.)
It’s hard to imagine a Christmas season without the story of old Scrooge, Bah Humbug! and “God bless us, every one.” At the time this story was written (1843), the generous spirit of Christmas charity was scant in England. Many people did not believe in generosity to the poor. Instead, they believed the poor somehow brought poverty upon themselves. * * * * * * These activities can be modified for elementary through high school students. The power point is helpful when shown both before and after A Christmas Carol is read or shown. The preview will focus students’ attention on the highlights of the story, then the activities can be completed afterward.

2 A Christmas Carol In a clever play on words, Dickens divides the book into 5 “staves” instead of chapters. Staves is a musical term, in keeping with the title, A Christmas Carol– which, of course, is a song. .

3 A Christmas Carol by Charles Dickens
Overview-- Ebenezer Scrooge, a tight-fisted and bitter man, is visited by three spirits to bring about his redemption before his death. He learns to love his fellow man after being shown the love and generosity that symbolizes Christmas.

4 A Christmas Carol Jacob Marley, Scrooge’s partner has been dead, 7 years to the day that our story begins. The first scene unfolds in the cold cheerless office of Scrooge’s counting house. -

5 A Christmas Carol As his faithful clerk Bob Cratchit toils, Scrooge is visited by his nephew and invited to Christmas dinner the next day. Scrooge declares that those who celebrate Christmas should be boiled in their own pudding and dismisses him. Two men who come seeking donations for the poor are dismissed with Scrooge’s wish that the poor would die and “decrease the surplus population.”

6 A Christmas Carol Jacob Marley’s visit is dismissed as “more gravy than grave” by Scrooge, but it ends up setting the stage for the three ghosts. Which ghost’s message most resembles that of Jacob Marley’s? / / / / / /

7 A Christmas Carol Pay careful attention to the three ghosts. Each message has a specific effect on Scrooge. What does the ghost of Christmas past remind Scrooge of? Whose generous heart touches Scrooge in the present? What does Scrooge’s future hold if he continues to be greedy and self-absorbed?

8 PERSONIFICATION Dickens portrays Ignorance and Want as two frail, ghastly children. Do you think the main causes of poverty are ignorance and want? Explain why or why not.

9 A Christmas Carol Please summarize the story, in three or four paragraphs, paying careful attention to: S— Setting (where and when the story takes place) P— People (describe the main characters) A— Action (summarize the plot) C— Climax (the most dramatic part of the story) E-- Ending This can be helpful when shown both before and after the story is read or shown. The preview will focus students’ attention on the highlights of the story, then the activities can be completed afterward. 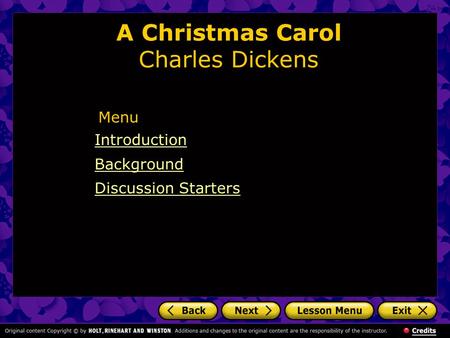 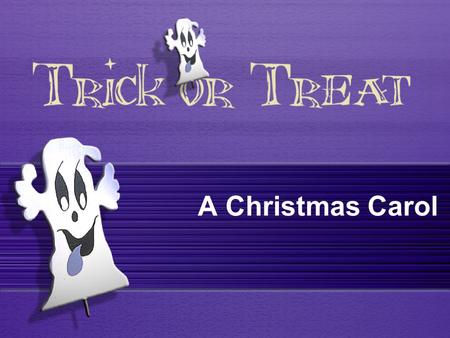 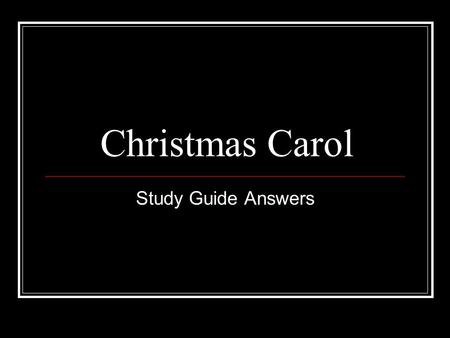 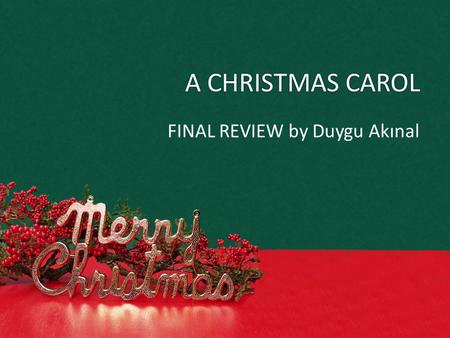 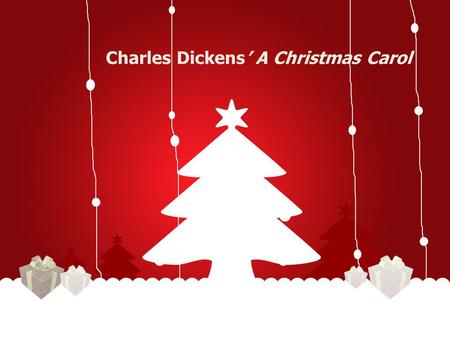 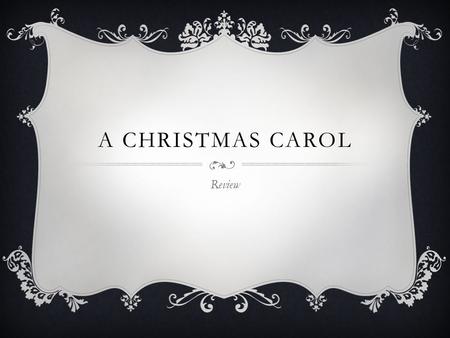 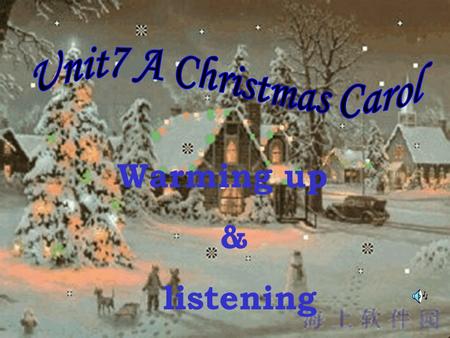 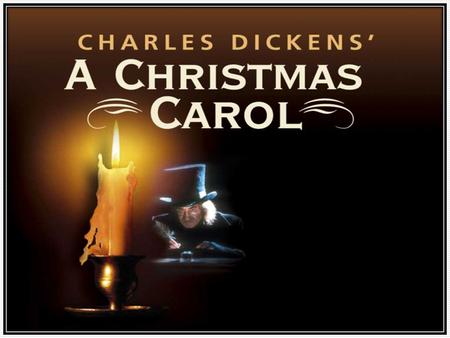 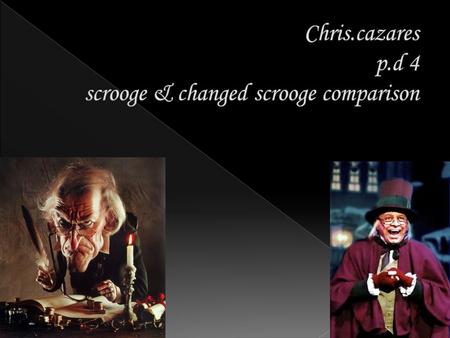 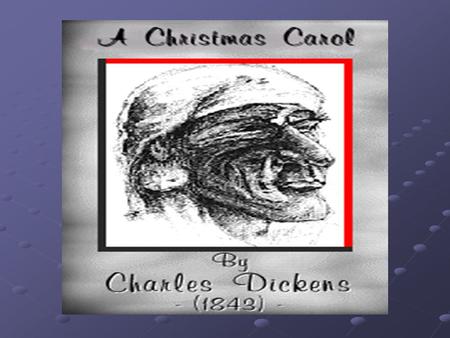 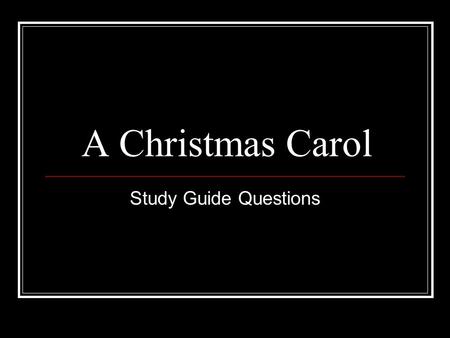 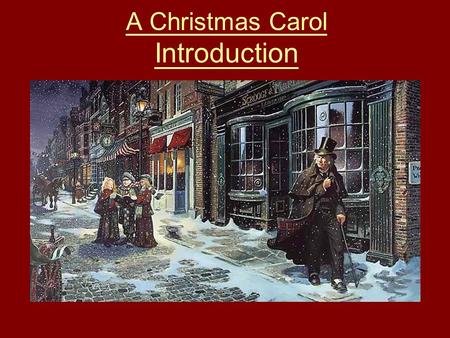 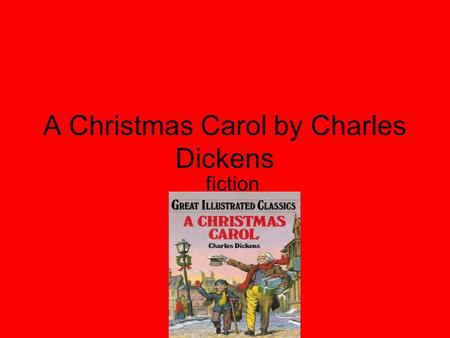 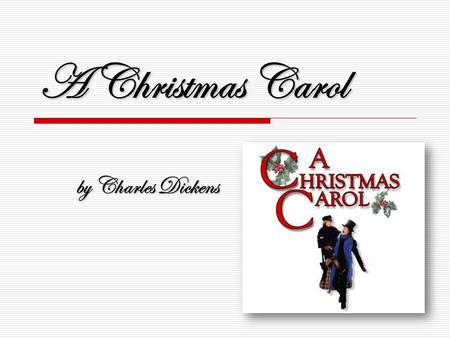 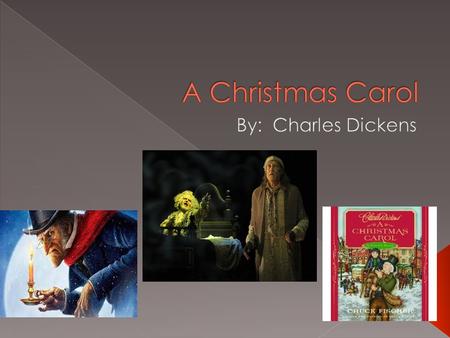 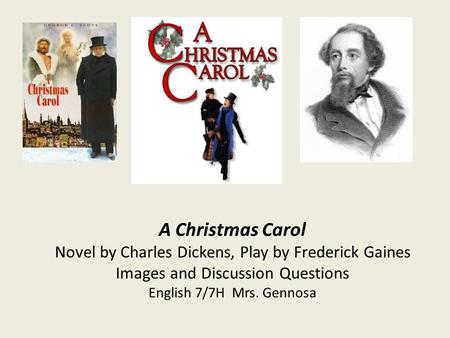 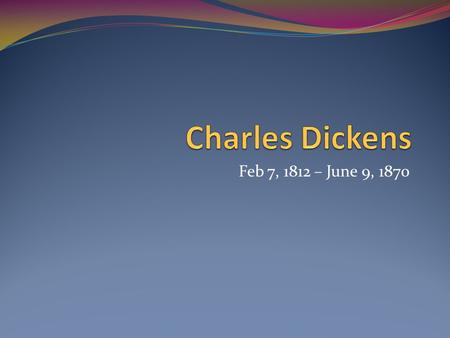 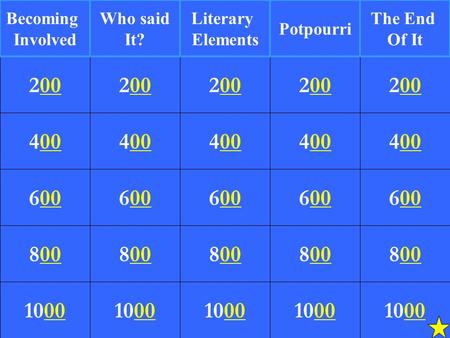 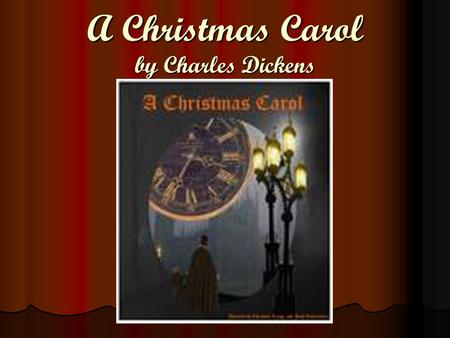 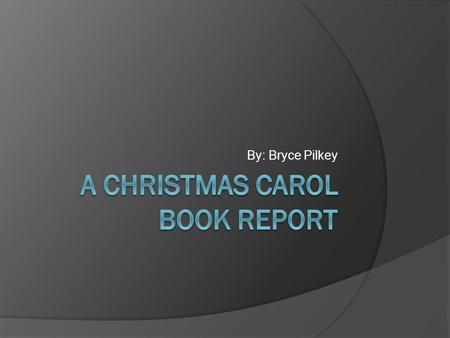