4 Goal 1: Eradicate extreme hunger and poverty
The goal of eradicating extreme hunger and poverty is integrated with many of the other development goals. Proper nutrition is key in ensuring children receive a full course of primary education. Research has shown that malnutrition has severe implications on a child’s learning capacity. Target: Reduce by half the proportion of people who suffer from hunger Tanzania’s National Strategy for Growth and the Reduction of Poverty has pinpointed agricultural growth as one of the necessary components to reduce poverty . The emphasis must be placed on increasing agricultural productivity as part of an integrated approach to rural development that includes health and education. Target: Reduce by half the proportion of people living on less than $1 a day 85% of the population of Tanzania are involved in farming with 80% of Tanzania’s poor living in rural areas. There is a direct link between the percentage of Tanzanian’s who are involved in agriculture and the percentage who suffer from hunger. Tanzanians depend on agriculture for food. As a result of climate change, droughts in Tanzania are becoming more frequent. If we are to succeed in eridacating extreme hunger in Tanzania by 2015 essential action needs to be taken by the international community to grow subsistence agricultural produce and to establish technologies which enhance the agricultural yield in drier condition

5 Goal 2: Achieve universal primary education
Goal 2: Achieve universal primary education. Target: Ensure that all boys and girls complete a full course of primary education Education is vital in bringing about an end to world poverty as it is fundamental for the economic and social development that will bring about an end to poverty and lay the foundations for economic growth. In the past nine years, since the initiation of these goals, primary education in Tanzania has progressed from 53.5 % in 2000, to 57.3% in 2009, an improvement of 3.7%. In 2001 the Primary Education Development Program was launched with the aim of improving access to education and the quality of education being provided in primary schools in Tanzania By 2006 the pass rate of the Primary School Leaving Examinations had risen to 62% from 22% in 2000 indicating that Tanzania has made major strides towards achieving Goal 2. It is envisaged that, by 2015, illiteracy in Tanzania will have fallen to between 10 and less than 30%, corresponding with the target date of the MDG’s.

6 Goal 3: Eliminate gender equality and empower women Target 4: Eliminate gender disparity in primary and secondary education preferably by 2005 and in all levels of education no later than 2015. There is still an under-representation of girls at secondary level. However, the percentage of females to males at tertiary level is on the increase - 15% in 2001 compared to 48% in 2007. The target of gender equality at primary level was achieved within the time-frame There is a notable change in the number of women in Parliament in recent years. Female Ministers has increased from 11% in 1995 to 15% in 2005 and the number of female Permanent Secretaries has increased from one in 1995 to seven in 2005.

7 Goal 6: Combat HIV and AIDS, malaria and other diseases
Goal 6: Combat HIV and AIDS, malaria and other diseases. Target 7: Have halted by 2015 and begun to reverse the spread of HIV/AIDS At the end of 1999, Tanzania declared HIV and AIDS a natural disaster. In 2003, the UN reported that HIV was higher, (4 to 6 times higher), among girls and young women than among their male peers. In 2006, the UN reported that over 50% of the hospital beds in Tanzania were occupied by patients with HIV and AIDS related conditions and that one million adults aged between 15 and 49 years were HIV positive. In 2001, the UN reported 110,000 AIDS related deaths compared to 96,000 in 2007 among age bracket. In 2009, HIV/AIDS continues to be a major problem in Tanzania with only six years remaining until 2015.

8 Goal 6: Combat HIV/AIDS, malaria and other diseases Target 8: Have halted and begun to reverse by 2015 the incidence of malaria and other major diseases Tuberculosis an malaria are, along with AIDS, the deadliest diseases in Tanzania, combining to kill millions annually Statistically, incidences of these diseases have reduced, however progress has been slow, due to an unsupportive environment, lacking in satisfactory health and education systems and conditions The aim: By 2015, malaria cases per 100,000 in mainland Tanzania will have fallen to 18,062, in Zanzibar, 5957 Strategies: Health sector reform, disease programmes, increased coverage of diseases, subsides on treatment and medication. 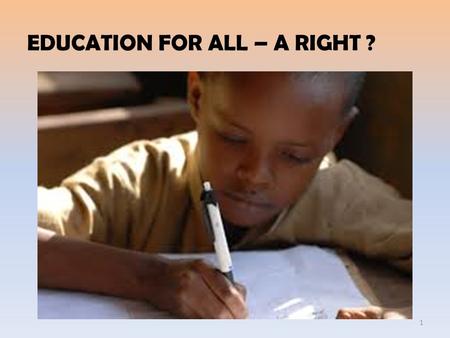 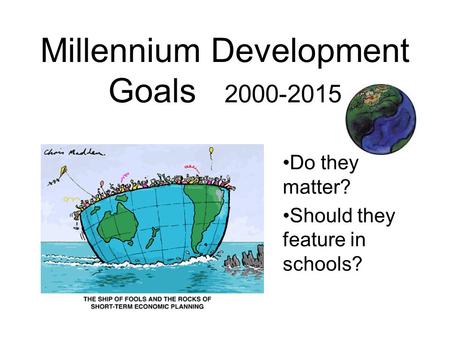 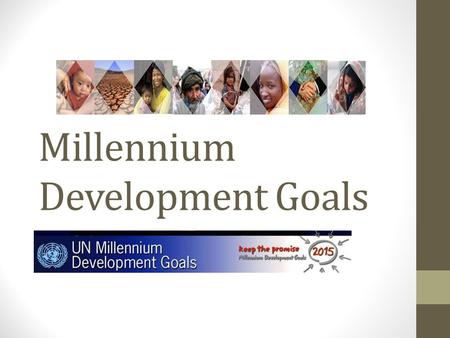 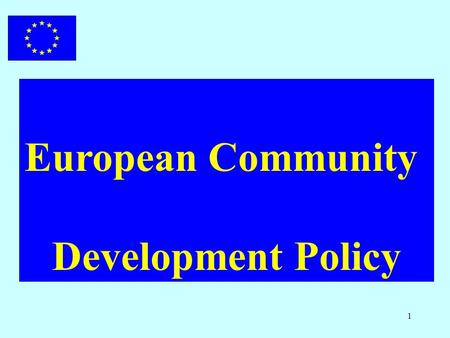 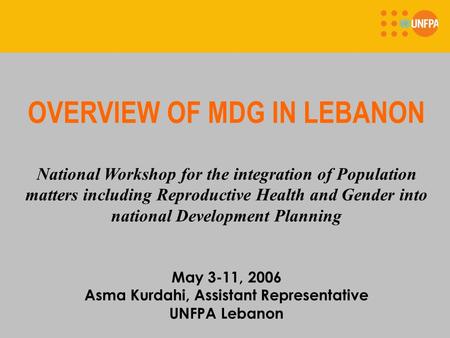