1 Inside the Cell Plant and Animal

3 Enter the Cell (Continued)
Cell Membrane – the cell membrane is located just inside the cell wall in a plant cell. In animal cells the cell membrane forms the outside boundary that separates the cell from its environment. THE CELL MEMBRANE CONTROLS WHAT SUBSTANCES COMES INTO AND OUT OF THE CELL. The cell membrane allows in food and oxygen and eliminates harmful waste products.

4 Inside the Nucleus Nucleus – a large oval structure; it is the cell’s control center, directing all of the cell’s activities. Nuclear Envelope – the membrane that surrounds and protects the nucleus. Chromatin – thin strands in the nucleus that contain genetic material. The chromatin has the instructions for directing the cell’s functions. Nucleolus – a small structure within the nucleus where ribosomes are made. Ribosomes are the organelles where proteins are produced.

5 Organelles in the Cytoplasm
Cytoplasm – A clear, thick, gel-like fluid region between the cell membrane and the nucleus. Mitochondria – Rod-shaped structures. These are the “powerhouses” of the cell because they convert energy in food molecules to energy the cell can use to carry out its functions. Endoplasmic Reticulum (ER) – A maze of passageways that carry proteins and other materials from one part of the cell to another. Ribosomes – Small grainlike bodies that are attached to the ER and others float in the cytoplasm. Ribosomes function as factories to produce proteins.

6 Organelles in the Cytoplasm
Golgi Bodies – looks like flattened sacs and tubes. A Golgi body can be thought of as the cell’s mail room. The Golgi bodies receive proteins and other newly formed materials from the ER, package them, and distribute them to other parts of the cell. Chloroplasts – large green structure floating in the cytoplasm. Chloroplasts capture energy from sunlight and use it to produce food for the cell.

7 Organelles in the Cytoplasm
Vacuoles – a large, water-filled sac floating in the cytoplasm. Vacuoles are the storage areas of cells. Vacuoles store food and other materials needed by the cell and can also store waste products. Lysosomes – Small, round structures containing chemicals that breakdown certain materials in the cell. Example: some chemicals break down large food particles into smaller ones and some breakdown old cell parts and release the substances so they can be used again. The cell’s “cleanup crew”.

10 Review What are the three parts of a nucleus?
Name the organelles in the cytoplasm. What is the difference between the cell wall and the cell membrane? Nuclear Envelope, nucleolus, and chromatin Mitochrondria, Endoplasmic Reticulum (ER), Ribosome, Golgi Bodies, Chloroplasts, Vacuoles, Lysosomes A cell wall is a rigid layer of nonliving material that surrounds the cells of plants and a cell membrane is the next layer inside the cell and it is found in all cells. The cell membrane controls what substances enter and exit the cell.

11 Domains and Kingdoms There are 3 domains:
Bacteria Archaea Eukarya There are 6 kingdoms within the domains. Organisms are placed into domains and kingdoms based on their cell type, their ability to make food, and the number of cells in their bodies.

12 Bacteria (Kingdom Eubacteria)
Bacteria are all around us. Examples: surfaces you touch yogurt you eat inside our bodies Bacteria are prokaryotes (proh KA ree ohtz). Prokaryotes – organisms whose cells lack a nucleus.

15 Protists Any eukaryotic organism that cannot be classified as animal, plant, or fungus. Known as “odds and ends” kingdom Some protists are autotrophs while others are heterotrophs. Most are unicellular. Some are multicellular, such as seaweed.

16 Fungi Mushrooms, molds, and mildew Most are multicellular eukaryotes
Few (such as yeast) are unicellular All fungi are heterotrophs – most feed by absorbing nutrients from dead or decaying organisms.

18 Animals All multicellular eukaryotes All are heterotrophs
Live diverse environments – from ocean depths to mountaintops; from hot deserts to cold, icy landscapes 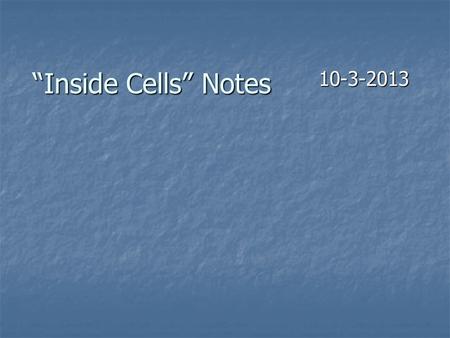 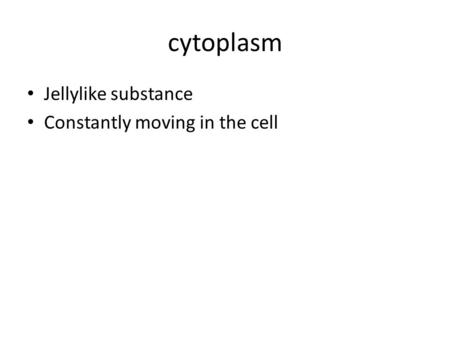 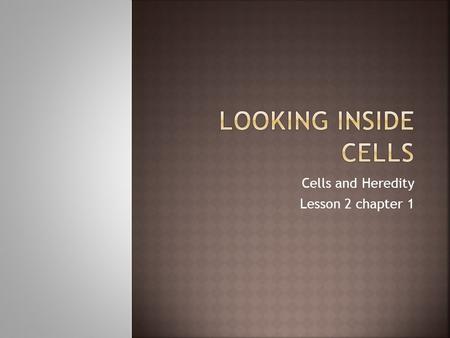 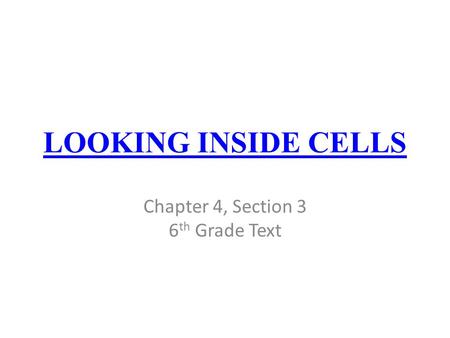 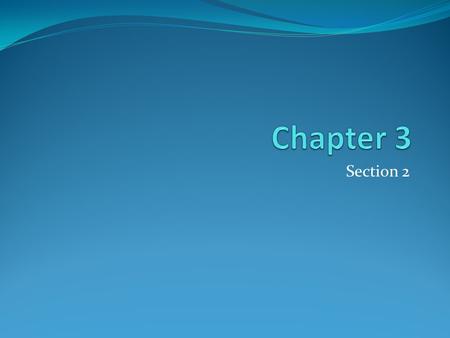 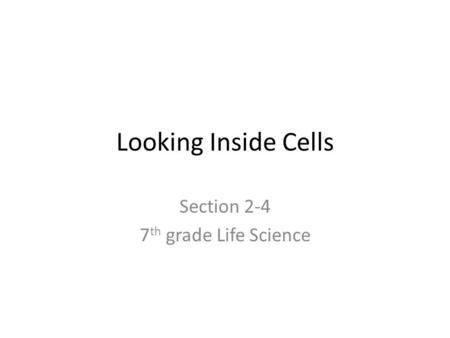 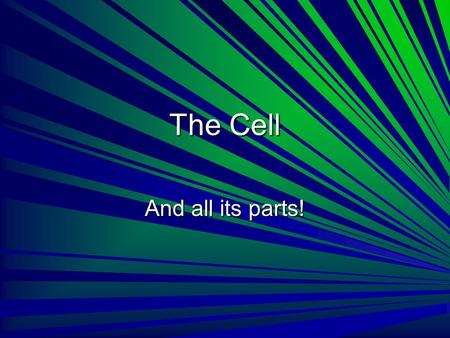 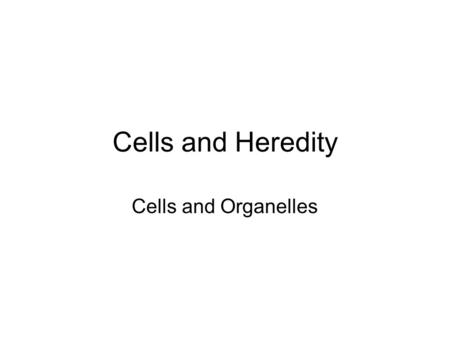 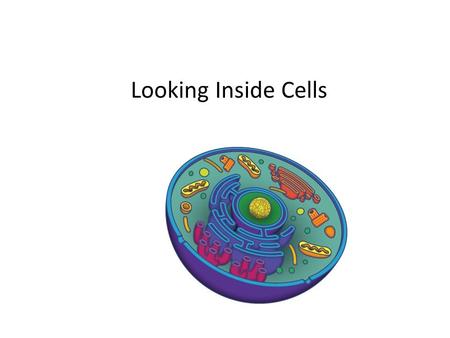 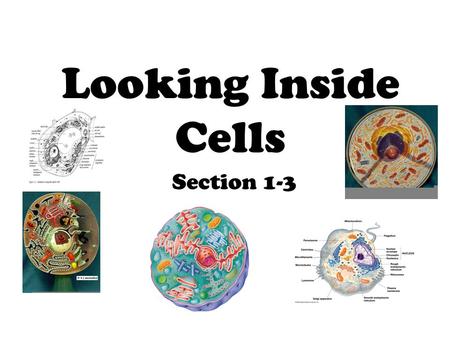 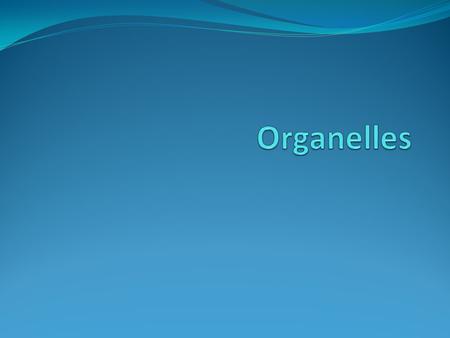 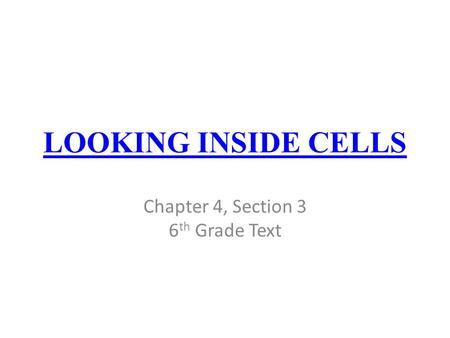 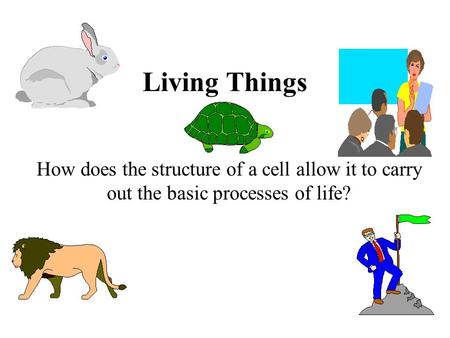 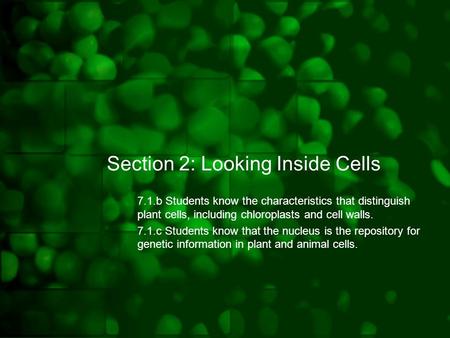 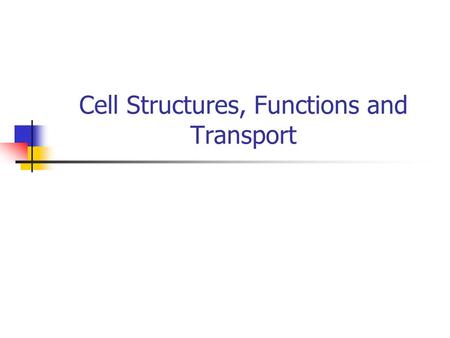 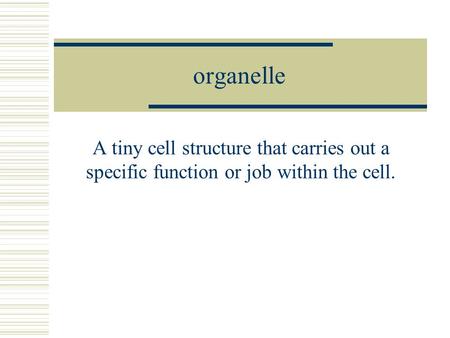 Organelle A tiny cell structure that carries out a specific function or job within the cell. 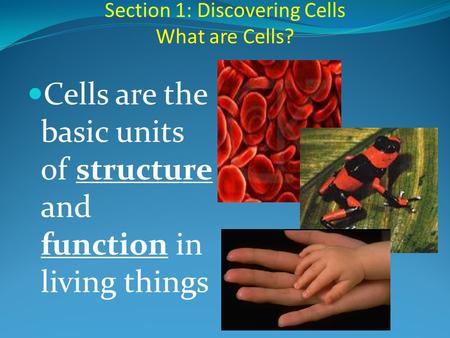 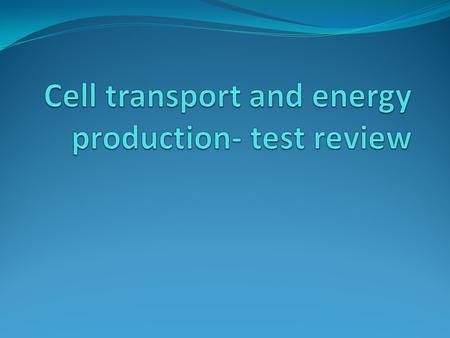 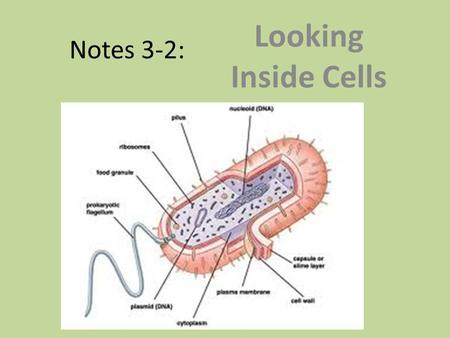 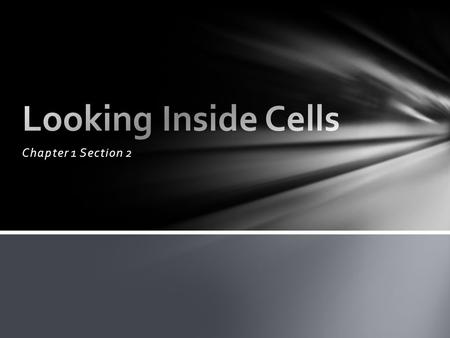