2 Rafflesia arnoldii True or False
Flowers are the reproductive structures of angiosperms. Flowers are determinate shoots that bears sporophylls.

4 Which of the following is not involved in flower pollination?
A) bees B) bats C) beetles D) toads named Mel E) land mammals, i.e. mice F) birds True or False Floral evolution was and still is driven by animals.

5 Floral Evolution Flowers and insects have coevolved.
Coevolution- the simultaneous evolution of adaptations in 2 or more interacting populations. Insect pollination is more efficient than passive pollination. Beetles, flies, bees. Bees are the most important group of visiting insects.

7 Flavonoids Water soluble phenolic compounds with two six-carbon rings linked by a three-carbon unit. Occur in the vacuole of plant cells. The most important pigments in floral coloration are the anthocyanins (red, violet, and blue) and the flavonols.

11 Fruit Related Terminology
Fruit- a mature ovary. Ovary- the enlarged basal portion of a carpel. Carpel- the vessel that encloses the ovule/s; forms the gynoecium. Ovule- the structure that contains the female gametophyte with egg cell, including the nucellus and integuments. Seed- a mature ovule. Locules- chambers in the ovary that contain the ovules.

15 Fruits and seeds have evolved in relation to their dispersal agents
Wind-borne fruits & seeds. Floating. Fleshy for animal dispersal. Attachment to animals. 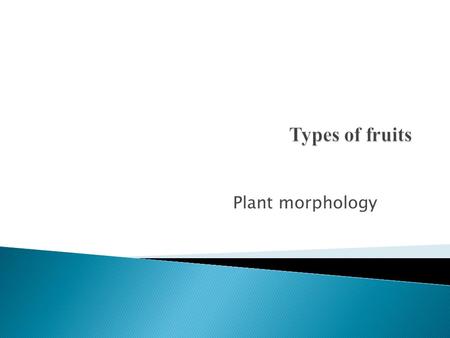 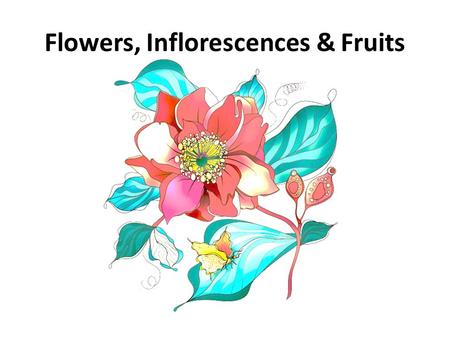 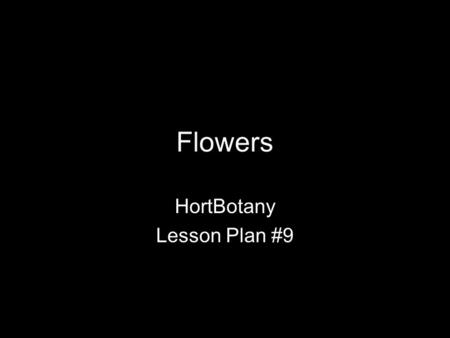 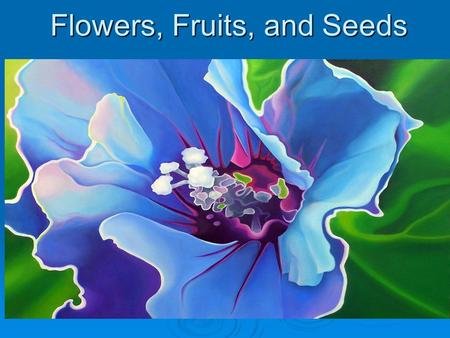 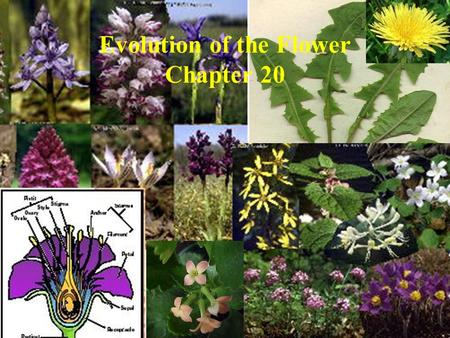 Evolution of the Flower Chapter 20 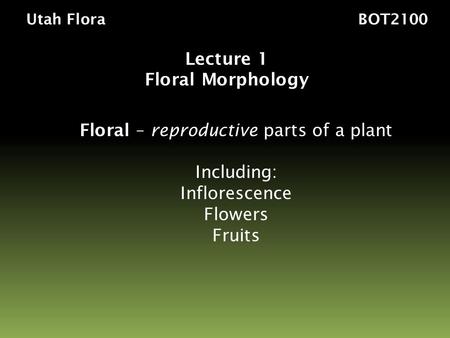 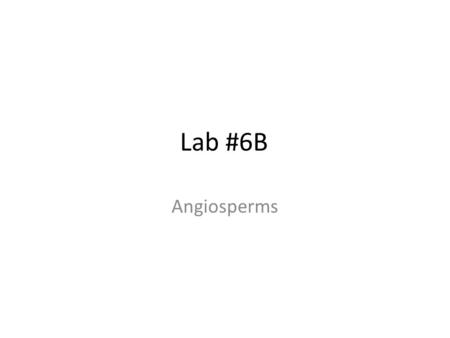 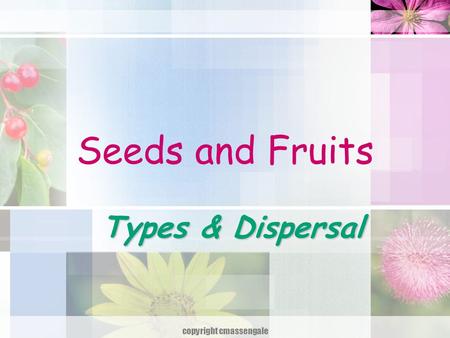 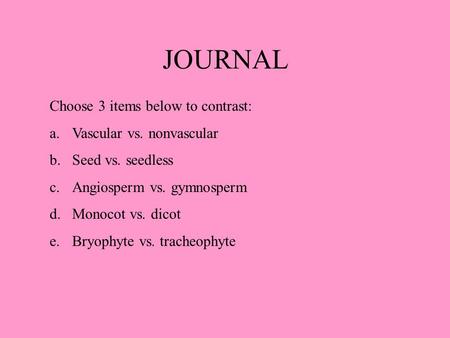 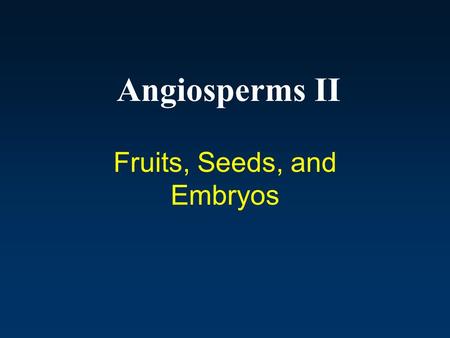 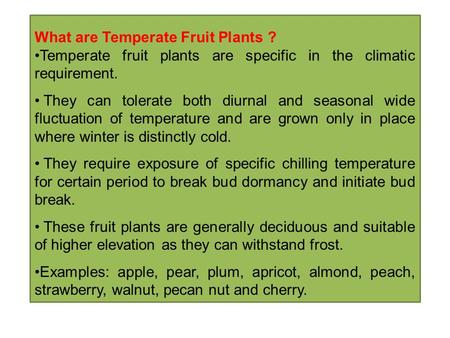 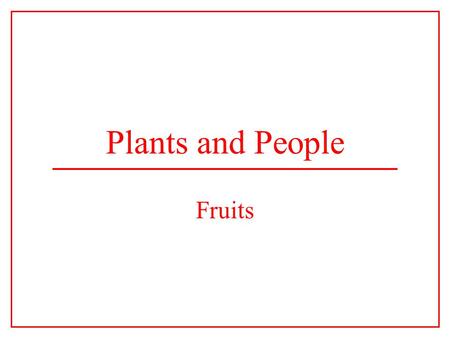 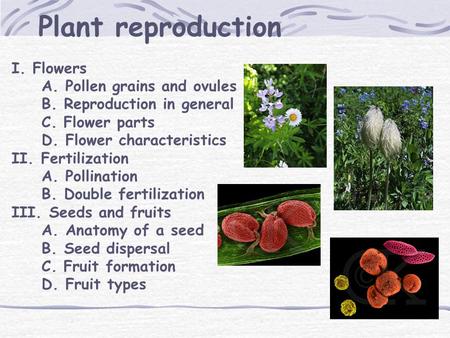 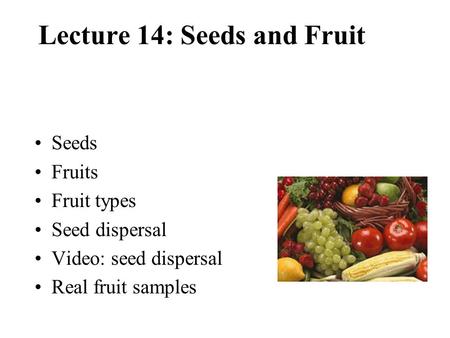 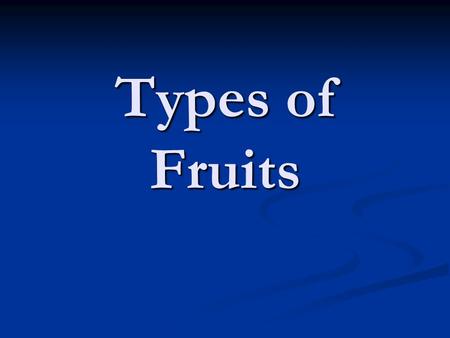 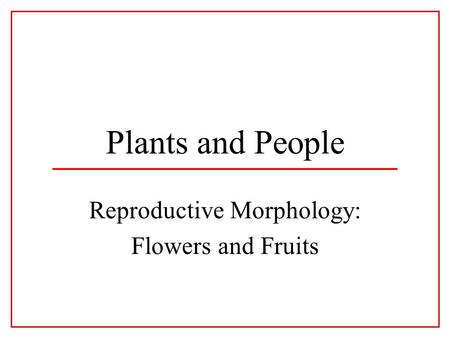 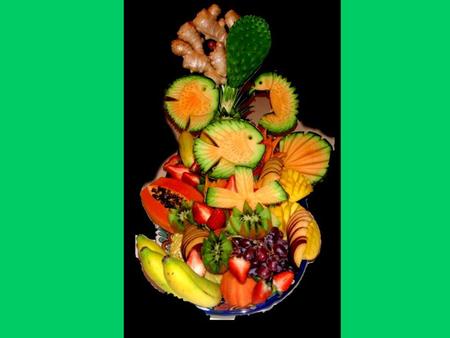 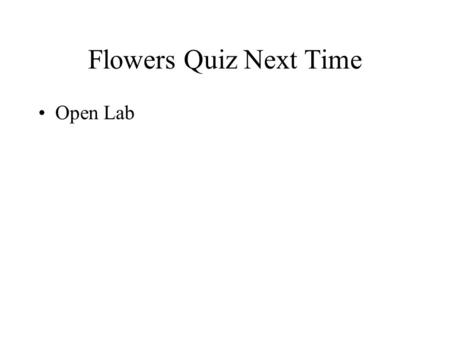 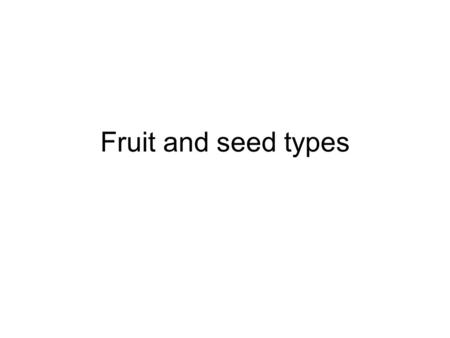 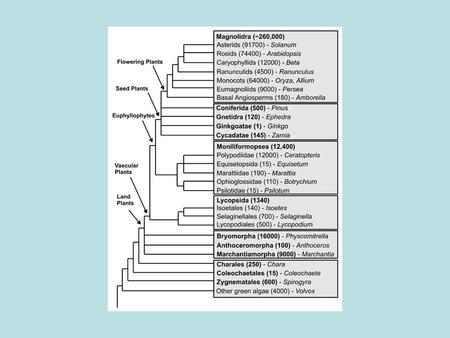 Evolution of Angiosperms Archaefructus sinensis Controversy over when this first appeared Best bet is 125 MYA No sepals or petals, just stamens.