4 2. gills are the respiratory structures of many aquatic animals
elaborately branched or folded tissue for maximum surface area have a dense profusion of capillaries just beneath outer membrane (bring blood close to surface for gas exchange) gas exchange occurs as a result of a countercurrent exchange system blood flows in capillaries of gills in the opposite direction as the water flowing over gills maximizes difference in concentration of gases between blood and water

6 3. terrestrial animals have internal respiratory structures
air has more oxygen than water but presents problems with being dry all respiratory surfaces must remain moist for diffusion of gases to occur Insects use a system of elaborately branching internal tubes called tracheae (tracheal tubes) air enters through tiny openings in body surface called spiracles air is taken directly to cells through tubes

9 Human Respiratory System (and other
vertebrates) is divided into two parts: the conducting portion (series of passageways that carry air to gas-exchange portion) and the gas exchange portion (gas is exchanged with the blood in tiny sacs in lungs) nostrils – air enters body nasal cavities – air is warmed, filtered and moistened lined with ciliated epithelium that trap particles in mucus and move it to the throat to be swallowed

13 bronchi – trachea branches into two bronchi
each one leads to a lung bronchioles – bronchi branch into tiny tubes lungs – large, paired spongy organs right lung is divided into three lobes left lung divided into two lobes each is covered by a pleural membrane – forms a sac and lines the thoracic cavity secretes a fluid that provides lubrication between lungs and chest wall alveoli – each bronchiole ends in a cluster of tiny air sacs walls of alveoli are extremely thin (one cell thick) and surrounded by capillaries gases diffuse freely through the wall of the alveolus and capillary (oxygen diffuses into blood and carbon dioxide diffuses into alveoli)

15 Transportation of Oxygen
Oxygen binds loosely to hemoglobin in blood – forms oxyhemoglobin each hemoglobin binds to 4 oxygen molecules nearly all oxygen is transported in blood by hemoglobin removal of oxygen from solution in the plasma by hemoglobin maintains a concentration gradient that favors the diffusion of oxygen from air into blood blood can carry 70x more oxygen because of hemoglobin than if oxygen were simply dissolved in the plasma when hemoglobin binds to oxygen, it undergoes a slight change in shape which alters its color deoxygenated blood is dark red and appears bluish through the skin oxygenated blood is bright red

23 respiratory center receives input from several sources and adjusts breathing rate and volume to meet body’s changing needs CO2 concentration in blood is the most important chemical stimulus for regulating rate of respiration chemoreceptors in medulla, and in walls of the aorta and carotid arteries are sensitive to changes in arterial CO2 concentration 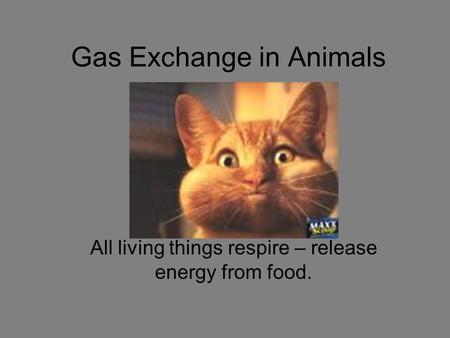 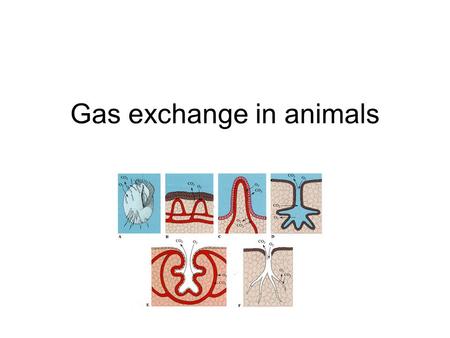 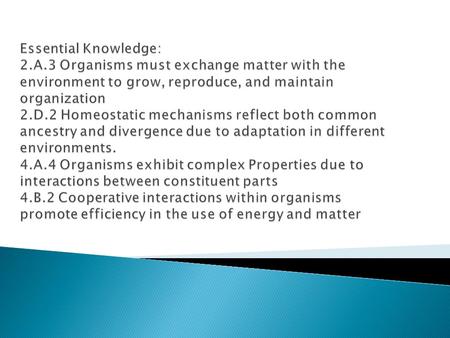 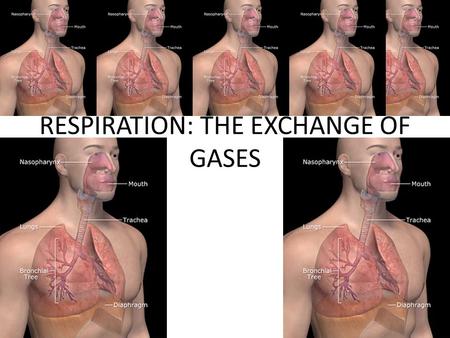 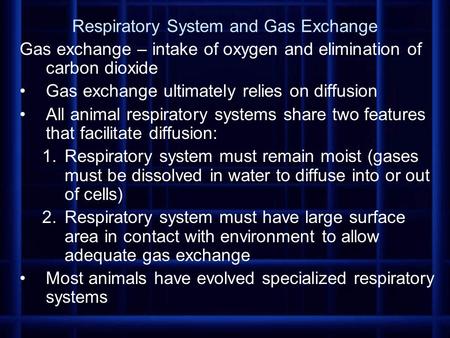 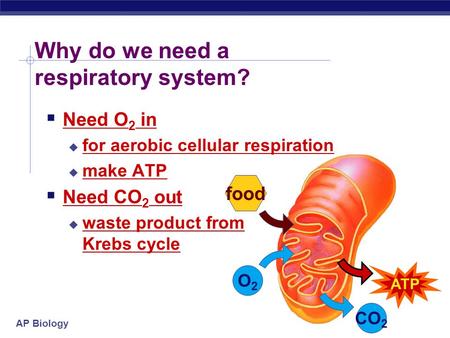 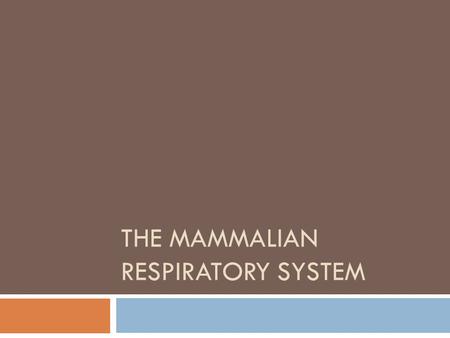 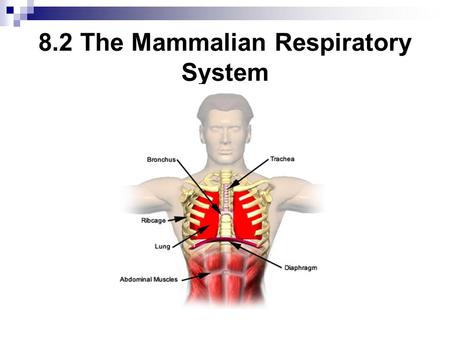 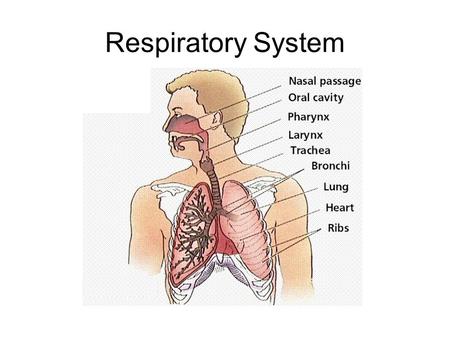 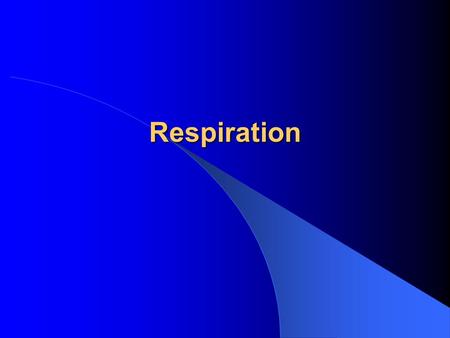