1 I. Privately Issued Bank Notes
Chapter 11-2 PAGES I. Privately Issued Bank Notes A. A monetary standard keeps the money supply portable, durable, divisible, and limited in supply. B. Continental currency after the Revolutionary War was worthless, so Americans only trusted coins. The United States Constitution gave the federal government the power to coin money and prevented the states from doing so. Private banks produced paper money.

2 Chapter pgs C. By state banks, had a charter from the state governments People could exchange the paper notes for gold or silver. D. Each bank had its own currency design = hundreds of different notes in circulation. Counterfeiting became a problem -because some currencies did not have silver or gold backing…some merchants were wary to accept all forms of currency.

6 Chapter 11-2 PAGES 296-297 III. The Gold Standard
Congress passed the Gold Standard Act currency unit = dollar - did not change the use of greenbacks or notes - Americans could exchange them for gold B. advantages of the gold standard are: 1. the security Americans felt about their money; 2. it prevents the government from printing too much paper currency.

7 Chapter 11-2 pgs. 296-297 C. disadvantages of the gold standard
the gold stock may not grow fast enough to support a growing economy people may decide to convert their paper to gold - draining the government’s gold reserves the price of gold will respond to the market and it may lose substantial value the political risk of failure exists. D. The gold standard remained in effect until the Great Depression.

8 Chapter pgs IV. The Inconvertible Fiat Money Standard A. Since 1934 the United States has been on an inconvertible fiat money standard. B. The money supply of the United States is managed by the federal government. C. The tangible component of modern money consists of coins and Federal Reserve notes. The intangible components include travelers’ checks, and checking and savings accounts. D. Modern money must also be portable, durable, and divisible. 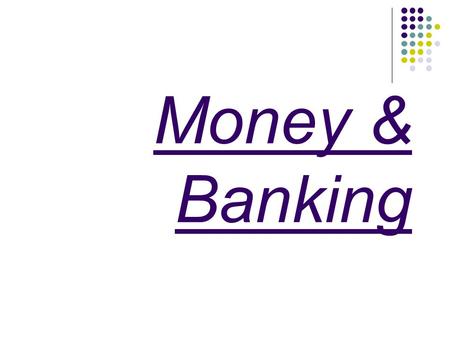 Money & Banking. History of Money Most early societies operated on a barter system. Goods and services were exchanged for items of tangible value. Societies. 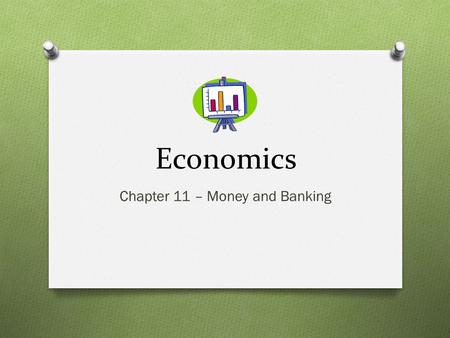 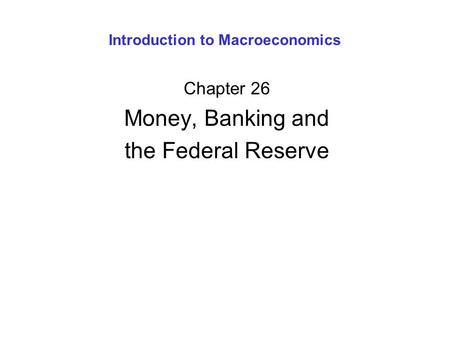 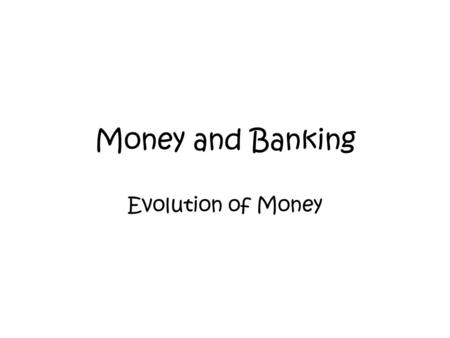 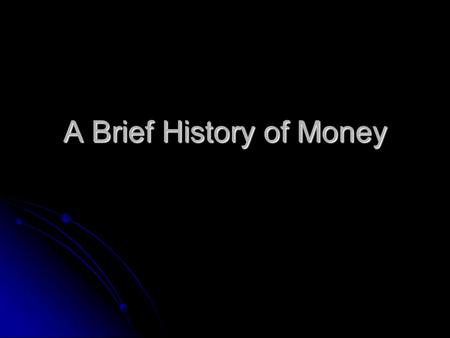 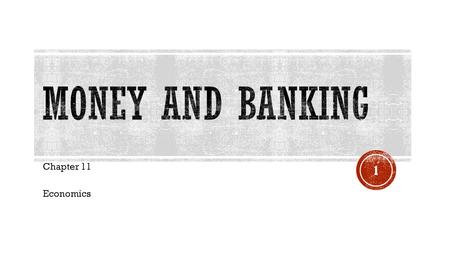 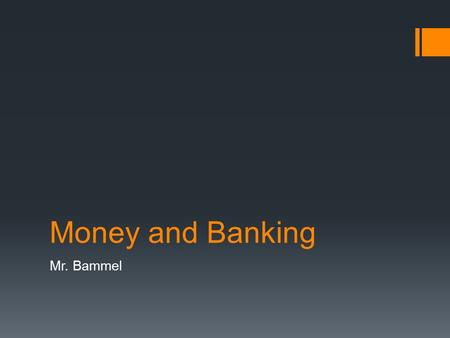 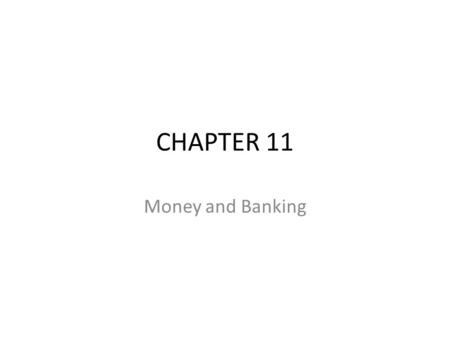 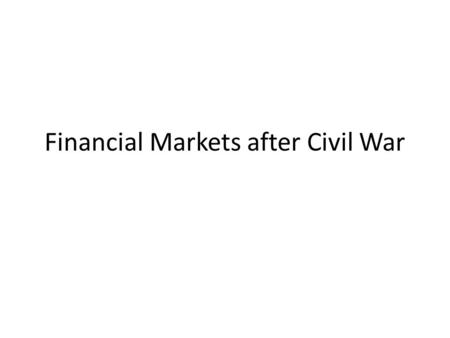 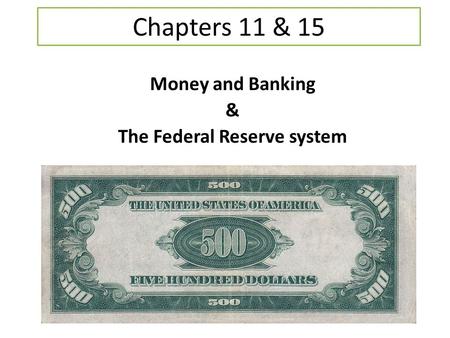 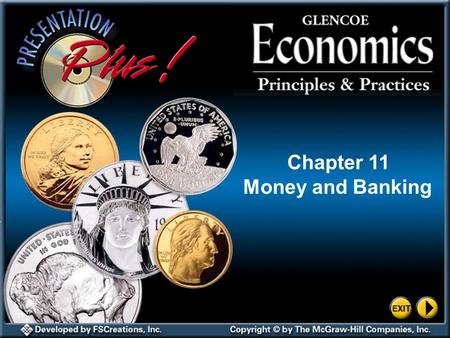 Splash Screen Chapter 11 Money and Banking 2 Section 1-1 Study Guide Main Idea Money is any substance that functions as a medium of exchange, a measure. 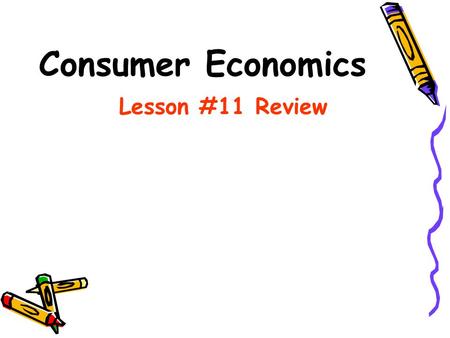 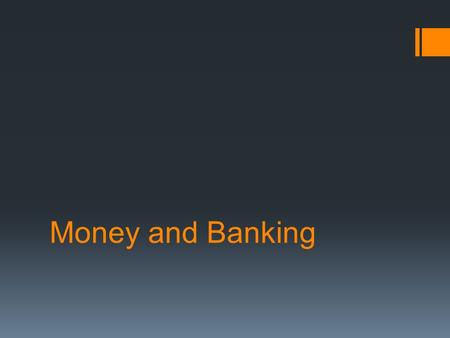 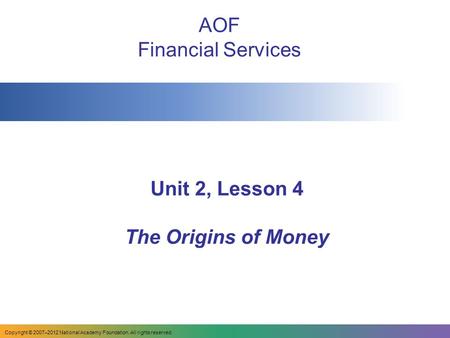 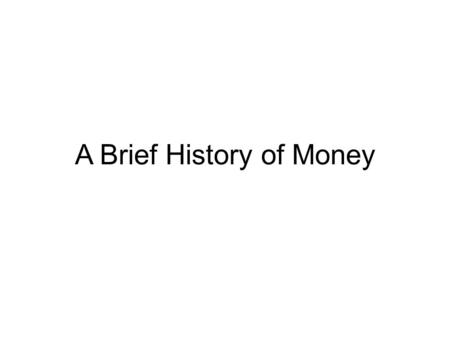 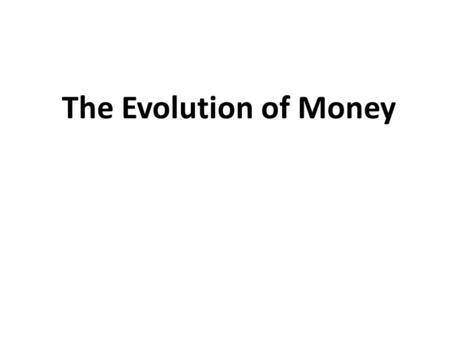 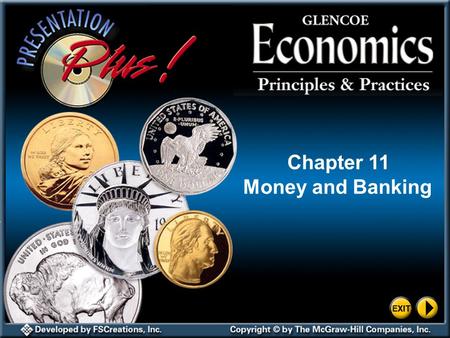 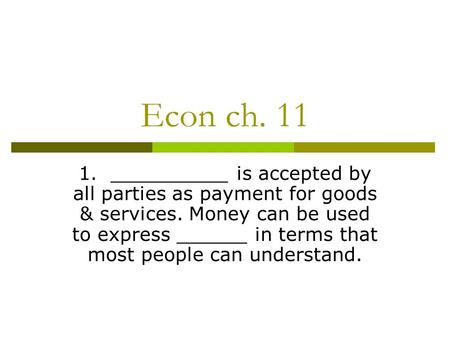