5 The Iustus-error approach
We have to determine if the error was a reasonable and fair mistake / error before consensus will be set aside. The person claiming error must prove that error was both material and reasonable. Material = substantial enough to influence consensus. Reasonable = if it could objectively be excused in law.

7 Remedies If the prejudiced party decides to elects to avoid the contract no contractual remedies are available. Restitution and Delictual damages can be claimed. Damages can be claimed for intentional and negligent misrepresentations, but not innocent misrepresentations. Eg. Contract of Sale: Actio quanti minoris – price reduction is claimed for damaged due to misrepresentation. If buyer wished to continue with the contract. Actio redhibitoria – prejudiced party claims full restitution and damages.

8 Duress Duress can cause a person to do something which they would normally not have done. It could be so serious that he acts without being aware of what he is doing – vis absoluta (loses contractual capacity temporarily, thus contract null and void) In less serious situations a person is influenced to do something he would not have done if he was not under duress. vis compulsiva (contractual capacity is retained , thus contract voidable) Requirements: Other party to the contract must be responsible for the duress. Duress must have caused the conclusion of the contract. Duress must consist of a wrongful threat of damage / harm. Contract must be prejudicial to party under duress. Threat must be of an imminent or inevitable evil.

12 Persons without Contractual Capacity
These persons cannot perform any jusristic act. Persons under the age of 7: Infans has legal capacity but no contractual capacity. A parent / guardian may act on his behalf for the purpose of administration of the estate and for his maintenance and support. Mentally incapacitated persons: Every person is presumed to be sound of mind, unless the contrary is proven. Mentally deficient persons =certified and declared to be unsound of mind by the High Court. Contracts concluded by these persons are null and void unless at the time of conclusion they had all their mental faculties. These persons have legal capacity and can aquire rights / duties by juristic acts performed by his curator on his behalf.

13 Persons in a state of automatism or under the influence of medication or alcohol:
Person is unable to form intent and realise the consequences of his actions due to the influence of eg. Epilepsy, alcohol, medication, etc. No contractual capacity exists while this state persists. Juristic acts performed in such a condition is null and void. Performance delivered must be returned or if that is not possible he is liable in terms of unjustified enrichment. The person claiming contractual incapacity must prove it.

14 Persons with limited Contractual capacity
These persons can only perform juristic acts with the assistance of another person. The assistance supplements the inadequate powers of judgement of the person with limited contractual capacity. Minors: All natural persons between 7 an 18 years. Majority can be obtained by turning 18; conclusion of a valid marriage (majority status remains in case of devorce); through an order of court. A minor must be assisted by a parent / guardian when performing a juristic act, or obtain consent before / after (ratification) he acts.

16 Minor pretends to have attained majority:
Where additional consent above and beyond consent of the parent / guardian is required: Consent of the Master of the Supreme Court is required for eg. Sale of immovable property < R100000; >R consent of High Court required. Prohibited acts: Eg. Marriage. Emancipation: Consent to act independantly, this may revoked at any time. Majority not obtained. Minor pretends to have attained majority: Minor is bound as if he has majority status, and a claim for restitution not available.

17 Restitutio in integrum
A contract concluded on behalf of a minor which is prejudicial to the minor - Restitutio in integrum can be claimed. Contract is set aside and parties placed in the position they were in before conclusion of the contract. Minor cannot claim restitution: Minor acted fraudulently. Minor ratifies contract after majority is obtained. Action has prescribed. 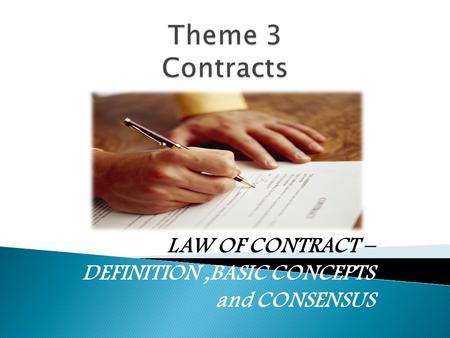 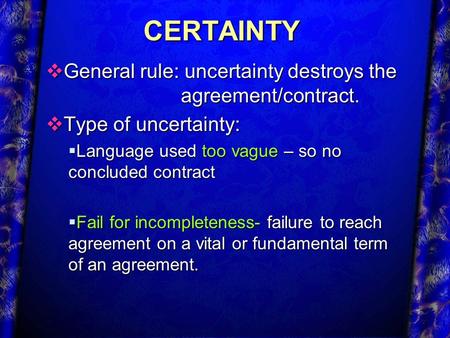 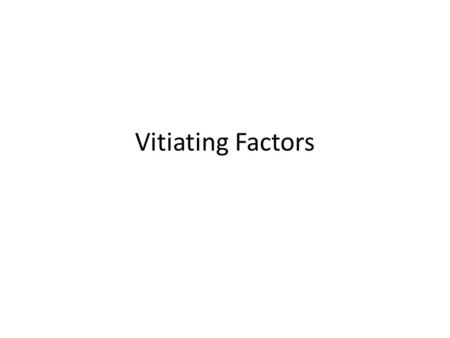 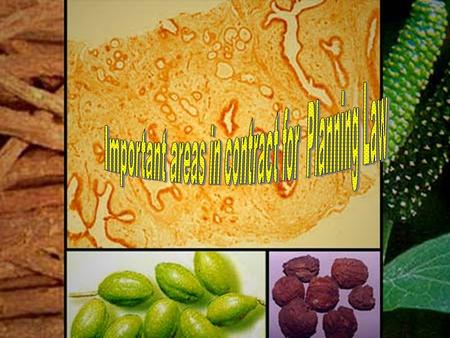 NATURE OF TERMS Whether expressed or implied, a term may take any one of the three natures. It may be a condition or warranty or an innominate term. 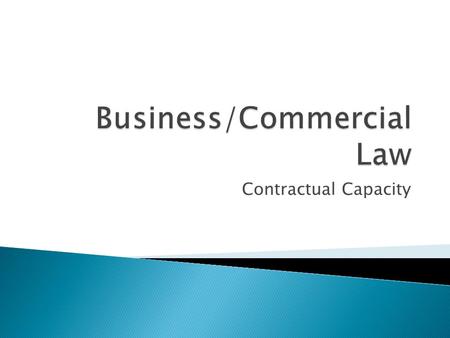 Contractual Capacity.  Fouché (2007) defines contractual capacity as “the capacity the law grants a person to perform valid legal acts”. This means that. 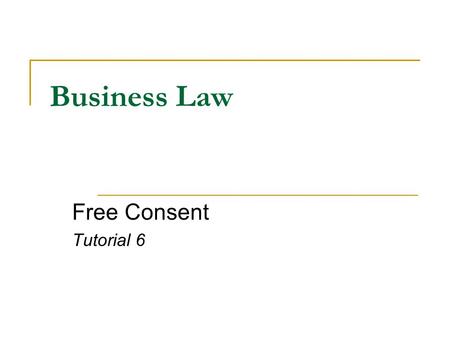 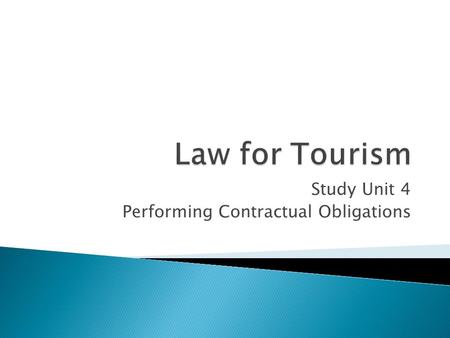 Study Unit 4 Performing Contractual Obligations.  The outcomes for this learning unit are that you should be in a position to: ◦ Discuss Agency ◦ Discuss. 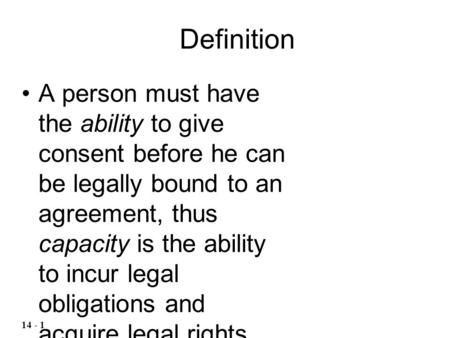 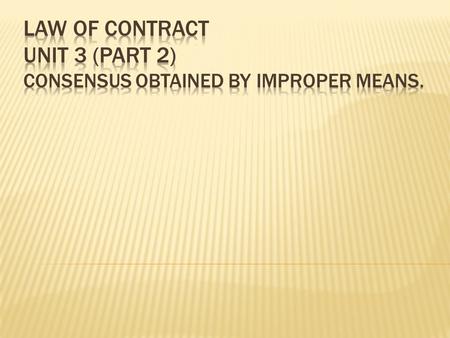