2 Modeling A database can be modeled as:
a collection of entities, relationship among entities. An entity is an object that exists and is distinguishable from other objects. Example: specific person, company, event, plant Entities have attributes Example: people have names and addresses An entity set is a set of entities of the same type that share the same properties. Example: set of all persons, companies, trees, holidays

11 Cardinality: Example One to one One to many Note: Some elements in A and B may not be mapped to any elements in the other set

12 Cardinality: Example Many to one Many to many Note: Some elements in A and B may not be mapped to any elements in the other set

18 Roles Entity sets of a relationship need not be distinct
The labels “manager” and “worker” are called roles; they specify how employee entities interact via the works_for relationship set. Roles are indicated in E-R diagrams by labeling the lines that connect diamonds to rectangles. Role labels are optional, and are used to clarify semantics of the relationship

28 Converting Non-Binary Relationships to Binary Form
Exercise: Can you create instances of E, A, B, C, RA, RB and RC, such that it is impossible to find an R correspondingly. add constraints to the relationships RA, RB and RC to ensure that a newly created entity corresponds to exactly one entity in each of entity sets A, B and C.

30 One more exercise: Construct an E-R diagram for a car insurance company whose customers own one or more cars each. Each car has associated with zero to any number of recorded accidents. 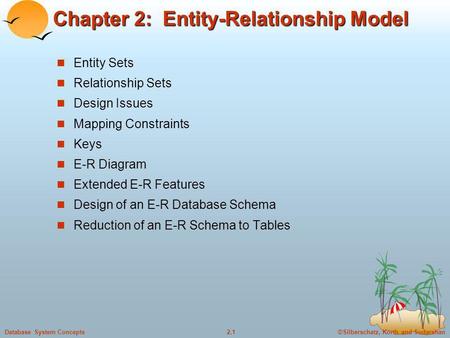 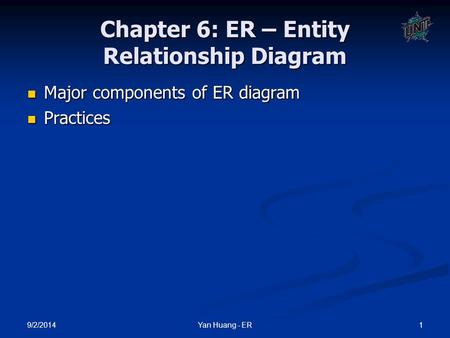 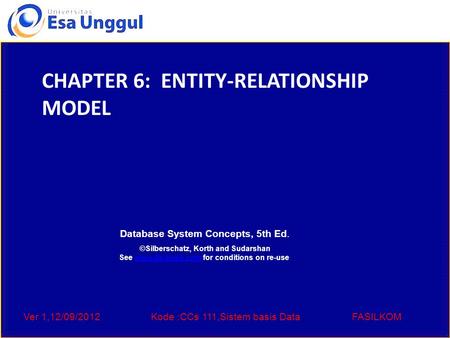 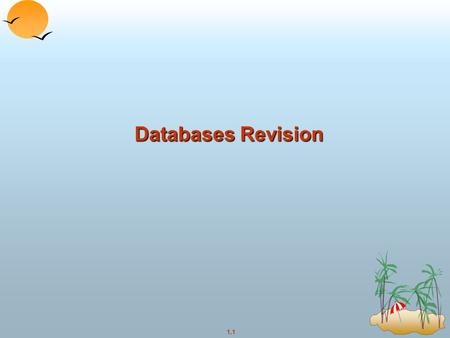 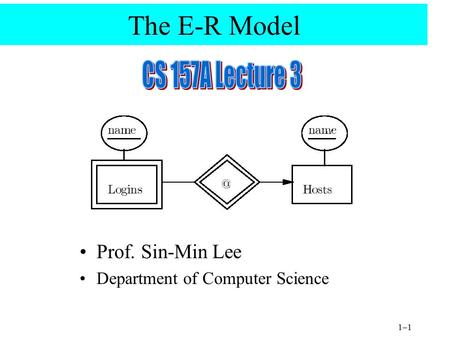 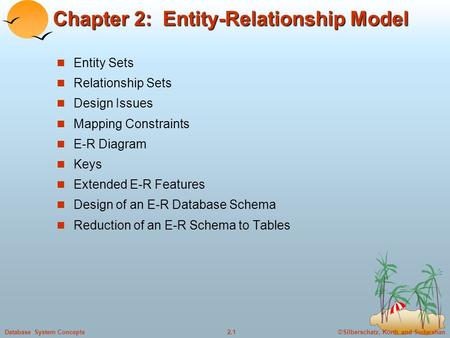 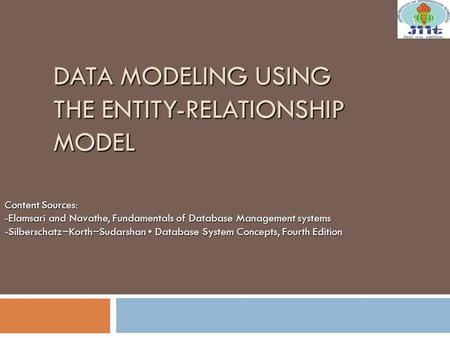 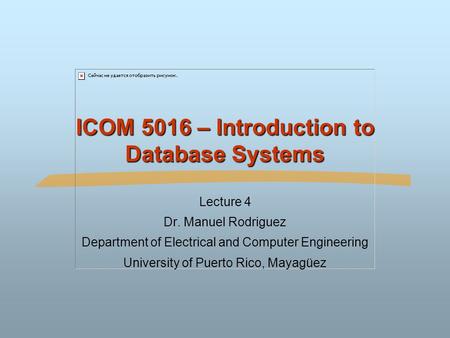