3 Simple After lunch, I will read my book. Before football practice, Thomas ate lobster and ice cream.

6 Ms. Donaldson enjoys reading, and her favorite author is Jodi Picoult. Ottawa is the capital of Canada, but Toronto is the capital of Ontario. Compound Identify the independent clauses and coordinating conjunction.

7 Compound (semi-colon) I am going home; I intend to stay there. It rained heavily during the afternoon; we managed to have our picnic anyway.

9 Complex Sentences When he handed in his homework, he forgot to give the teacher the last page. The teacher returned the homework after she noticed the error. Identify the independent and dependant clause.

12 Compound/Complex Sentences John went to school, but James remained at home because he had a headache. If he changes his mind, we shall know for sure that Joe has learned his lesson, but only time will tell. Identify the conjunctions, independent and dependant clauses..

13 Those clouds promise rain; we should hurry before we get caught in a flood. Here is the money that I owe you, and I am happy to be free of the loan. 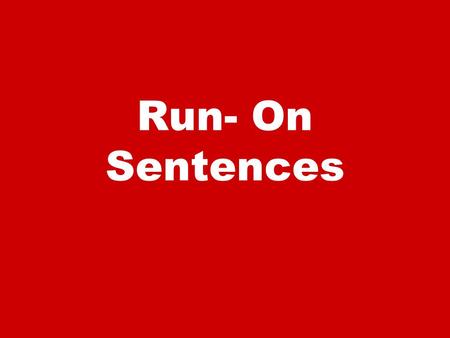 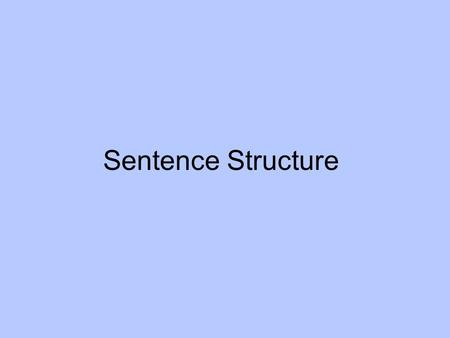 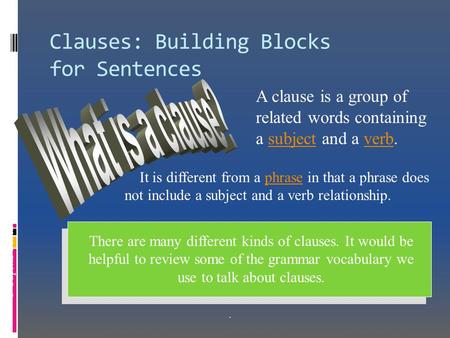