4 The High Cost of Government every year it costs more money to run the federal government 1.serves a larger population than ever before more than 310 million people 2.the cost of living continues to rise - inflation today a dollar will not buy as much as in earlier years 3.provides many more programs and services than in the past these programs and services are expensive the largest cost is in benefit payments to people who are elderly, disabled, or living in poverty – Social Security program 4.the number of people who receive government benefits has been growing and will continue to rise baby boomers, increased lifespans, economic hardships 5.large amount of money spent on national defense post 9/11 war on terror 6.increasing national debt spends more money than it raises and is forced to borrow money must pay huge amounts of interest on this borrowed money

5 taxes compulsory (required) payments to the government by citizens and businesses main source of money for federal, state, and local governments government officials must decide which activities need funding, in order of their urgency and need establishing priorities programs with highest priority get funded first programs with a lower priority may not receive funds in recent years there has been much debate over the country's priorities what government programs most need money what programs will bring the greatest benefits to the most people some people question the amount of taxes they pay some think that the costs of government are too high some believe the government should spend more on public services all citizens have the right to expect that the government will spend the taxpayers' money wisely Establishing Priorities

6 taxes serve two purposes 1. raise revenue (money) pays the costs of government 2.regulate (control) some activities taxes on imports (tariffs) discourage imports and encourage business activity in the United States high taxes on cigarettes and alcoholic beverages are partly intended to discourage their use The Purpose of Taxes

7 rules to raise necessary funds to run the government without creating too great a burden for taxpayers 1.ability to pay taxes are set at different rates to make it possible for citizens to pay taxes on people's earnings are lower for those with low incomes and higher for those with high incomes people with very low incomes do not pay income taxes 2.equal application taxes are applied at the same rate for similar taxable items local tax on property is the same for all property worth the same amount of money sales taxes and other taxes collected on the goods we buy are the same for everyone purchasing these goods 3.scheduled payments taxes are paid on set schedules governments collect taxes at times when it is easier for people to pay them taxpayers can request to pay any taxes that they still owe in installments spread throughout the year will be charged interest and penalty fees Three Principles of Taxation = 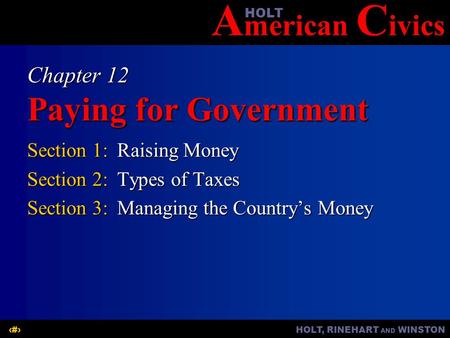 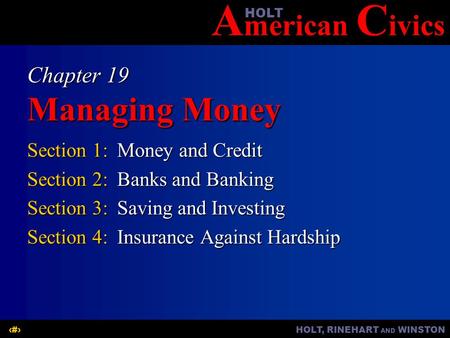 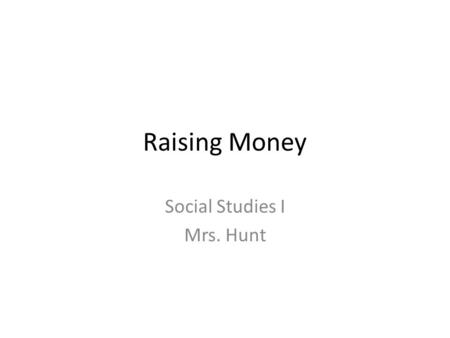 Raising Money Social Studies I Mrs. Hunt. Learning Target I will identify the necessities of raising money for the government. 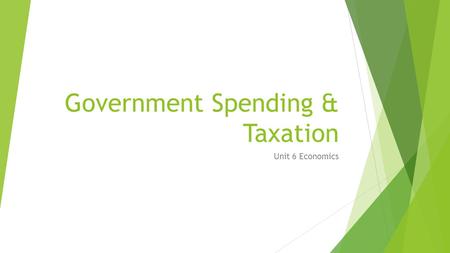 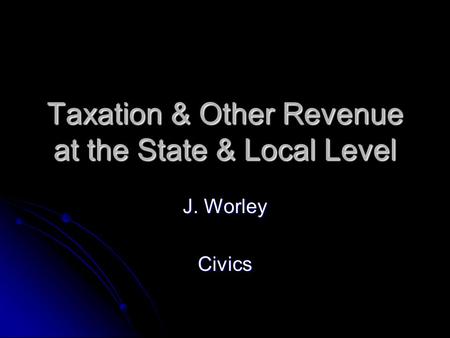 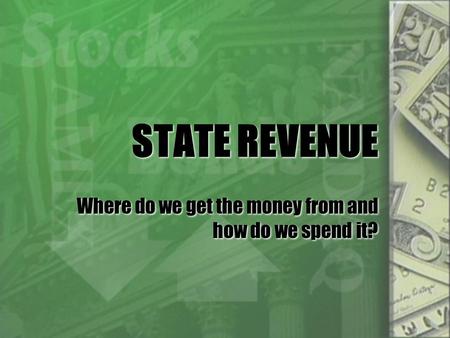 STATE REVENUE Where do we get the money from and how do we spend it? 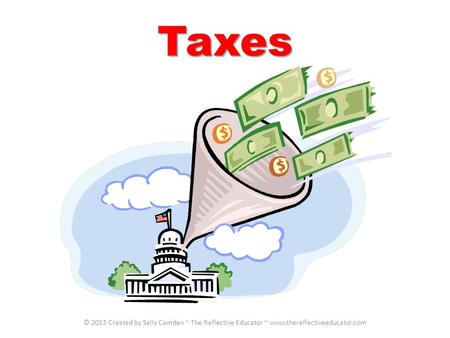