2 10.1 Dressings Requirements:
Sterile, meaning that any microorganisms and spores on the dressing have been killed Aseptic, meaning that it is free of bacteria Held in place with a bandage tightly enough to control bleeding but not so tightly that it stops blood circulation Soft, thick, and compressible so that it provides even pressure over the entire surface of the wound. 2

3 Types of dressings Occlusive – plastic wrap or other dressing that forms an airtight seal Compress – a thick, bulky, usually sterile dressing intended to stop or control bleeding Trauma – a 5-by-36 inch piece of thick, sterile, absorbent dressing that can be used to cover a larger area in cases of more serious or widespread injury Adhesive strips – a combination of a sterile dressing and a bandage, individually packaged and used for small wounds Adhesive tape – often used to hold the edges of wounds together, it comes in rolls of various widths. 3

10 10.3 Principles of Dressing and Bandaging
The dressing is opened carefully and handled so it does not get contaminated. The dressing adequately covers the entire wound. Bandages are not placed directly against the wound. Wounds are bandaged snugly, but not too tightly. Bandages are not too loose; neither the dressing nor the bandage should shift or slip. There are no loose ends of cloth, gauze, or tape that could get caught. The bandage covers all edges of the dressing. Tips of the fingers and toes are left exposed when arms and legs are bandaged. A small bandage on an arm or leg is covered with a larger bandage to more evenly distribute the pressure and to avoid causing a pressure point. Start a bandage on an arm or leg at the end nearest the hand or foot, then work upward to prevent applying the bandage too tightly. The body part is bandaged in the position in which it is to remain. Ask the victim how the bandage feels. Never use a circular bandage around the neck. 10

12 Applying Special Dressings and Bandages
1. Cover the wound with a bulky, sterile dressing. 2. Apply direct pressure with your hand over the dressing until bleeding stops. 3. Apply a firm roller bandage (preferably self-adhering) and monitor continuously for signs that the bandage is too tight. 4. If blood soaks through the original dressing and bandage, do not remove them. 12

13 Slings 1. Place one end of the base of an open triangular bandage over the shoulder of the uninjured side. 2. Allow the bandage to hang down in front of the chest so its apex will be behind the elbow of the injured arm. 3. Bend the arm at the elbow with the hand slightly elevated (four to five inches). When possible, the fingertips should be exposed so you can monitor for impaired circulation. 4. Bring the forearm across the chest and over the bandage. 5. Carry the lower end of the bandage over the shoulder of the injured side, and tie a square knot at the uninjured side of the neck; make sure the knot is at the side of the neck. 6. Twist the apex of the bandage and tuck it in or pin it at the elbow. 13 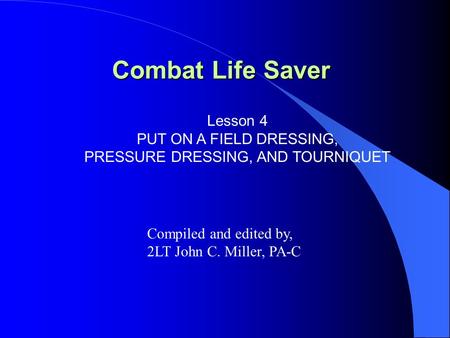 Lesson 4 PUT ON A FIELD DRESSING, PRESSURE DRESSING, AND TOURNIQUET 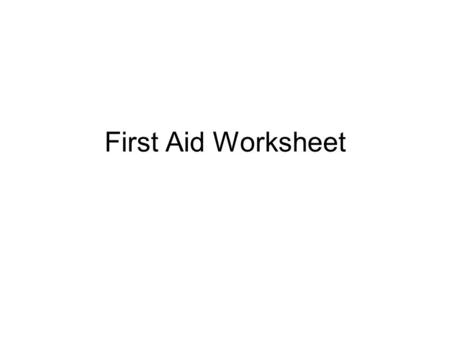 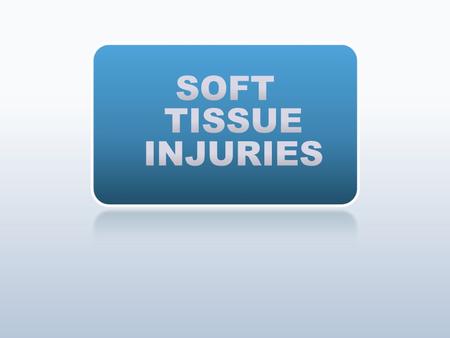 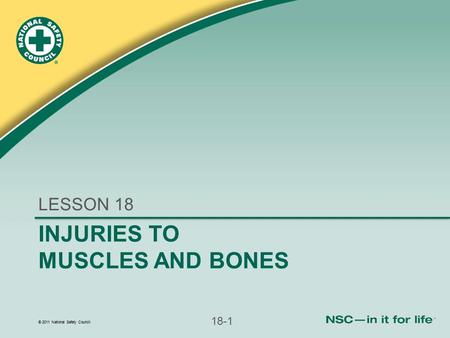 LESSON 18 INJURIES TO MUSCLES AND BONES. 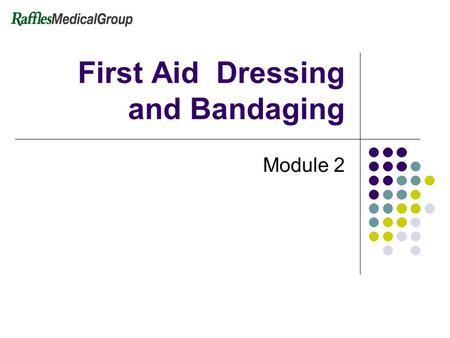 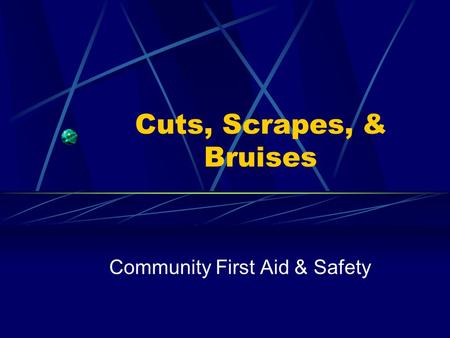 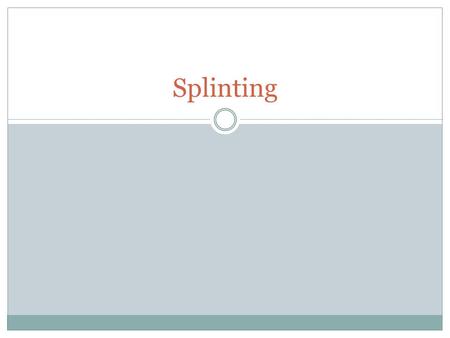 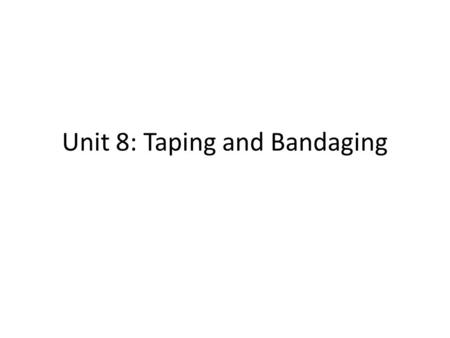 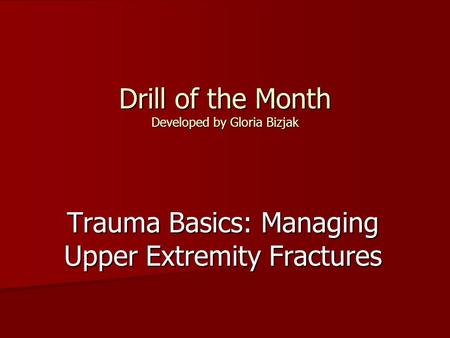 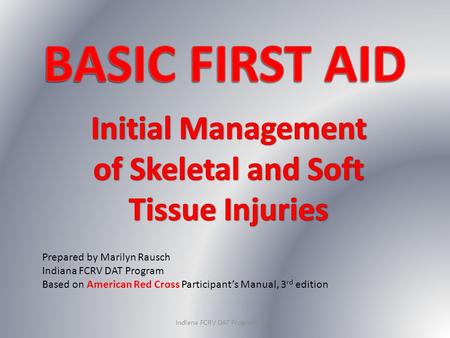 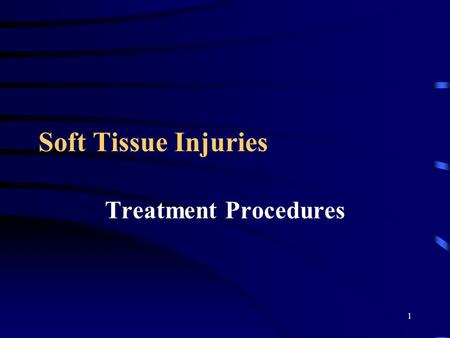 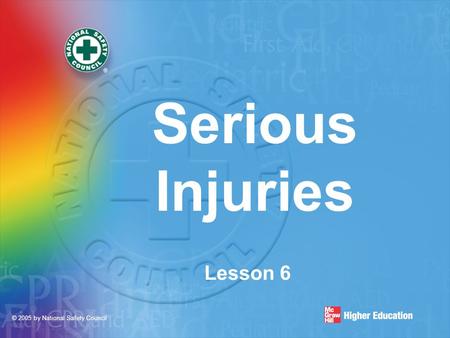 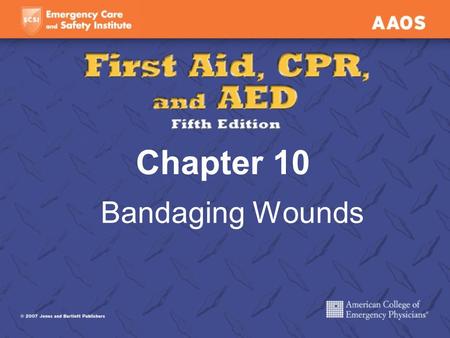 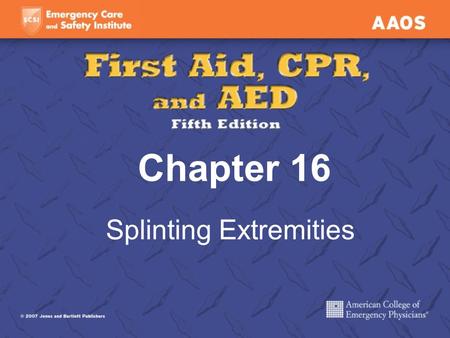 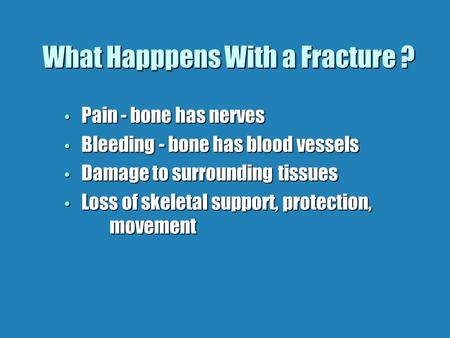 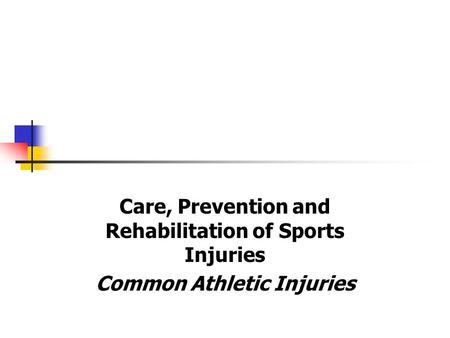 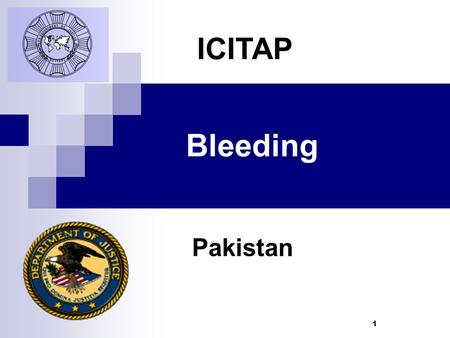 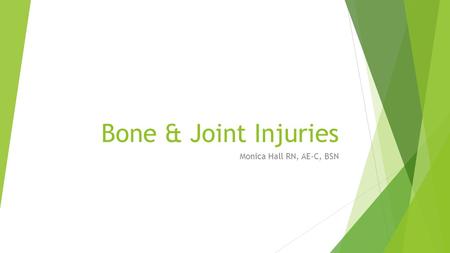 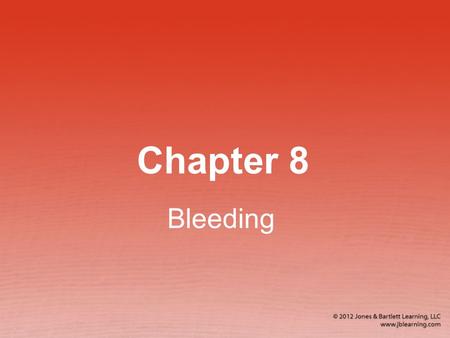 Chapter 8 Bleeding. Rapid blood loss can lead to shock or death. Loss of 1 quart in adult Loss of 1 pint in child Hemorrhaging Loss of a large quantity. 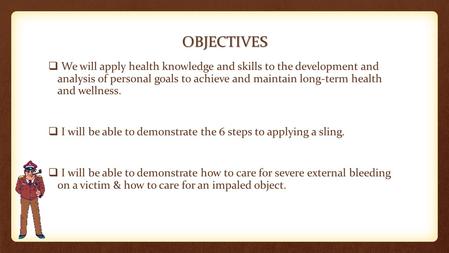 OBJECTIVES  We will apply health knowledge and skills to the development and analysis of personal goals to achieve and maintain long-term health and wellness.