2 Goals for Chapter 16.1 What is Credit?
Describe the history of credit in America. Define basic credit vocabulary. Discuss the advantages and disadvantages of using credit.

3 History of Credit Credit is money borrowed to buy something now, with the agreement to pay for it later. The Early Years General Store Banks usually charged between percent interest.

4 1900’s Between 1920 and1990, credit became a way of life.
No longer used just for emergencies. The 1970’s brought the first consumer credit protection legislation. 1990’s saw a record number of people declare bankruptcy because of overextended credit.

5 Credit today Credit is very easy to get.
The Internet has opened new uses of credit cards.

6 Credit Vocabulary When you borrow or use credit, you are a borrower or debtor. The person or company who loans money or extends credit to you is called the creditor. Capital is property pledged to assure repayment of a loan.

7 The interest you pay for the use of credit is called a finance charge.
At times, you may have to sign an installment agreement, where you agree to make regular payments for a set period of time.

8 Advantages of Credit Increased purchasing power Emergency funds
A sudden need for cash can be solved by a line of credit, which is a pre-established amount that can be borrowed on demand with no collateral. Convenience Deferred billing is a service available to charge customers whereby purchases are not billed to the customer until later. Safer than carrying large amounts of cash

10 Goals for Chapter 16.2 Types and Sources of Credit
List and describe the kinds of credit available to the American consumer. Describe and compare sources of credit.

11 Open-Ended Credit Open-ended credit is an agreement to lend the borrower an amount up to a stated limit and to allow borrowing up to that limit again, whenever the balance falls below the limit.

13 Credit Card Terms Annual percentage rate (APR) is the cost of credit, expressed as a yearly percentage. A free period, or grace period, allows you to avoid the finance charge by paying your current balance in full before the due date shown on your billing statement. Many credit card issuers charge an annual fee. Transaction Fees and Late Fees Method of Calculating the Finance Charge

15 Closed-End Credit Closed-end credit is a loan for a specific amount that must be repaid, in full, including all finance charges, by a stated date.

16 Service Credit Almost everyone uses some type of service credit, which is an agreement to have a service performed now and pay for it later. 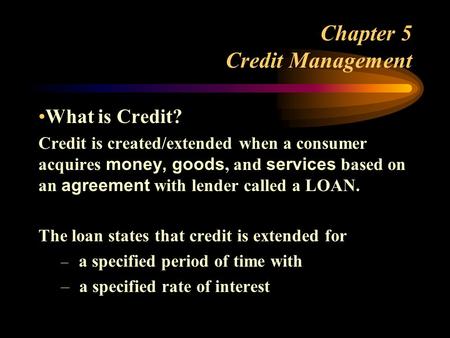 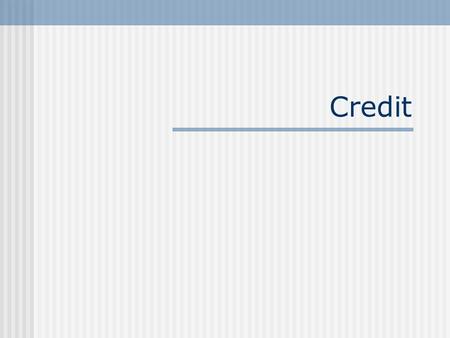 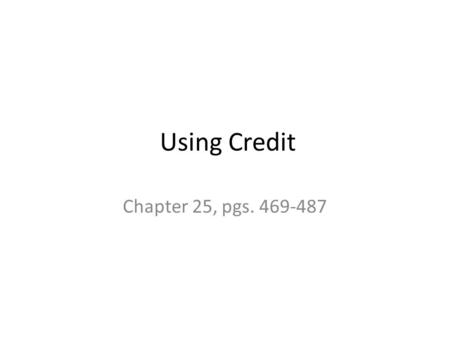 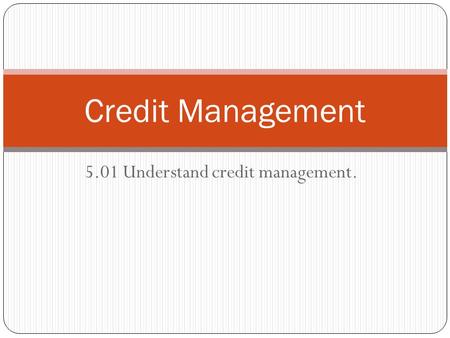 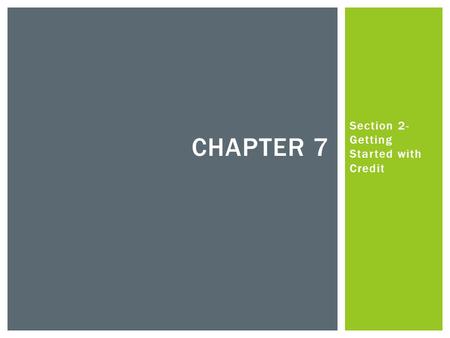 Section 2- Getting Started with Credit CHAPTER 7. 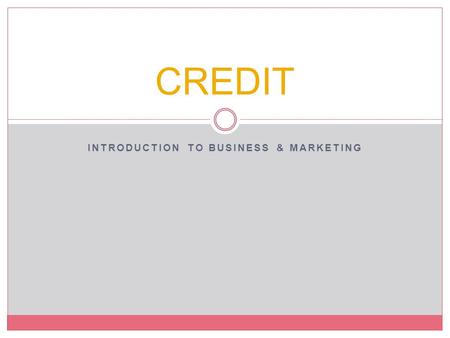 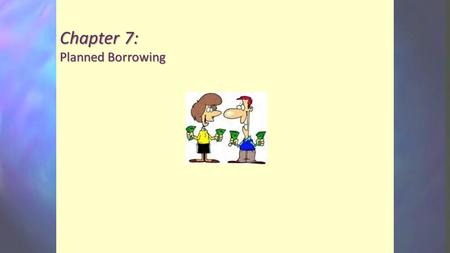 Chapter 7: Planned Borrowing. Objectives Discuss the elements of the planned use of credit. Establish your own debt limit. Understand the language of. 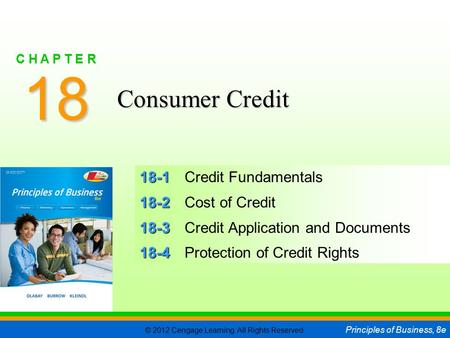 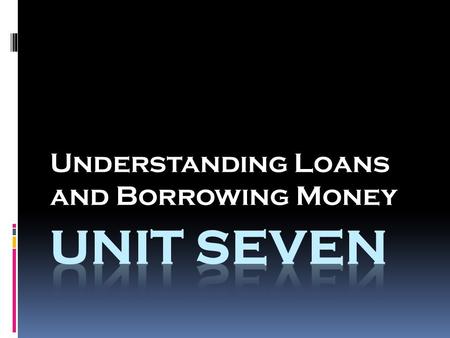 Understanding Loans and Borrowing Money. Development of Credit  In the Past  Credit Today. 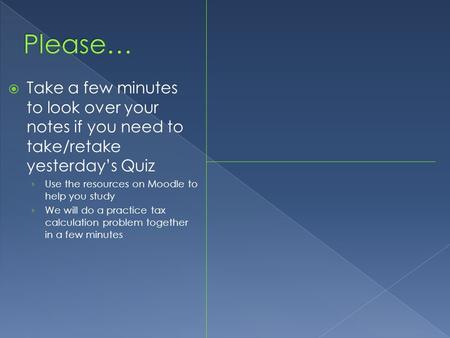  Take a few minutes to look over your notes if you need to take/retake yesterday’s Quiz › Use the resources on Moodle to help you study › We will do a. 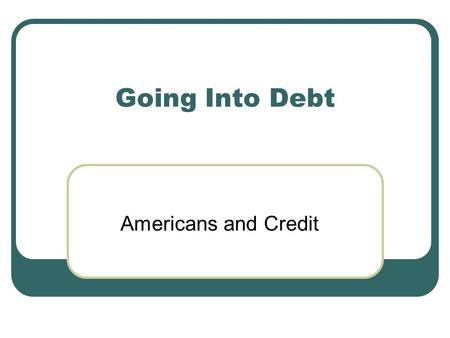 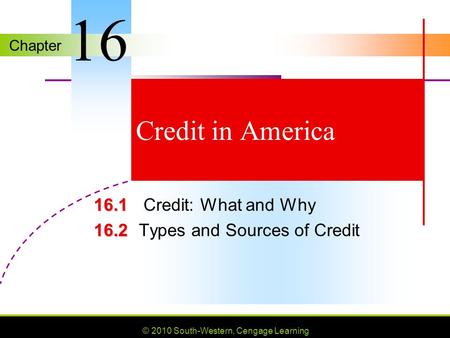 Chapter © 2010 South-Western, Cengage Learning Credit in America Credit: What and Why Types and Sources of Credit 16. 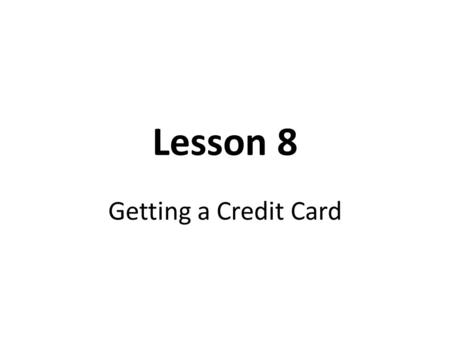 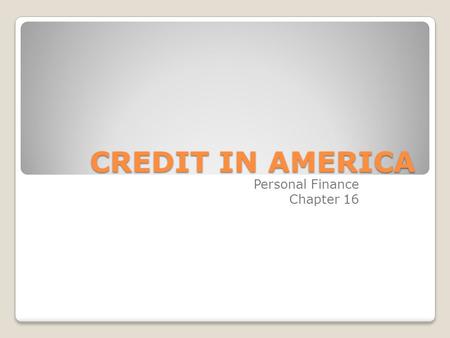 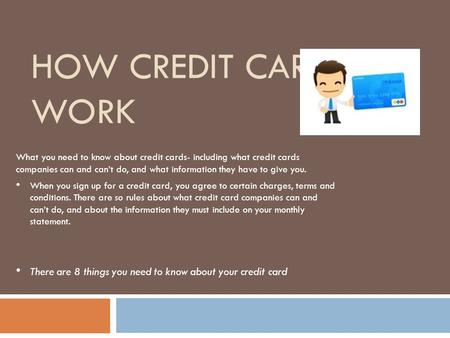 HOW CREDIT CARDS WORK What you need to know about credit cards- including what credit cards companies can and can’t do, and what information they have. 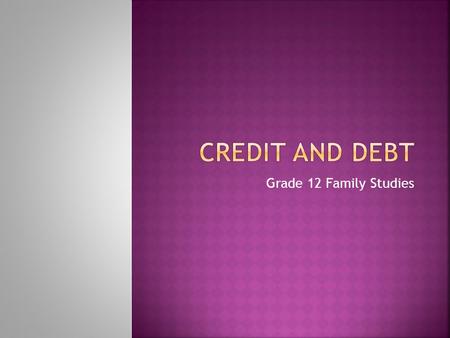 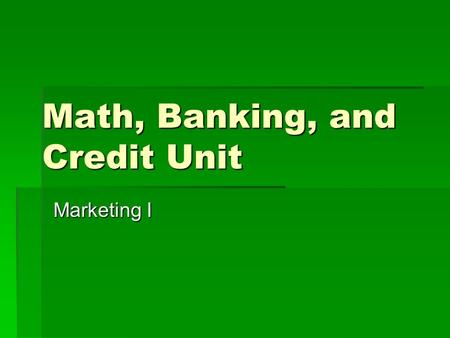 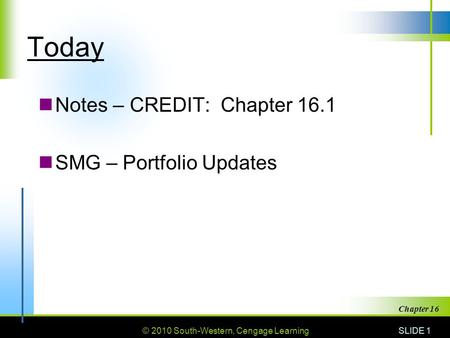 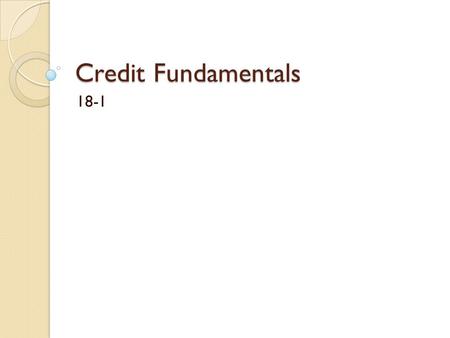 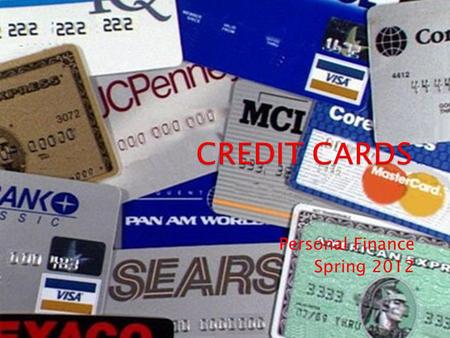 Personal Finance Spring  Allows the user to buy goods based on the promise that they will later pay for the goods  Issuers give users access to.