1 doc.: IEEE 802.15-<doc#>
January 2006 Project: IEEE P Working Group for Wireless Personal Area Networks (WPANs) Submission Title: [TG5 Closing Report] Date Submitted: [March 9, 2006 ] Source: [Myung Lee] Company [CUNY] Address [EE Dept, 140th St and Convent Ave, New York, NY 10031] Voice:[ ], FAX: [ ], Re: [If this is a proposed revision, cite the original document.] Abstract: [Closing Report for the TG5 Plenary Session in Waikoloa Hawaii] Purpose: [To report the activities of the Task Group 5] Notice: This document has been prepared to assist the IEEE P It is offered as a basis for discussion and is not binding on the contributing individual(s) or organization(s). The material in this document is subject to change in form and content after further study. The contributor(s) reserve(s) the right to add, amend or withdraw material contained herein. Release: The contributor acknowledges and accepts that this contribution becomes the property of IEEE and may be made publicly available by P Myung Lee <author>, <company> 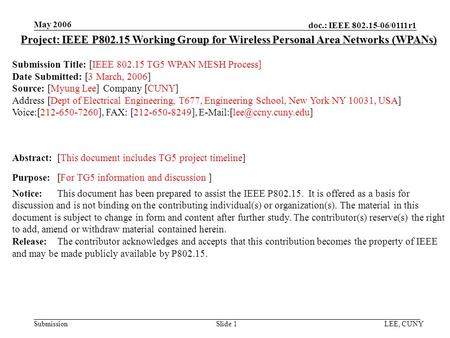 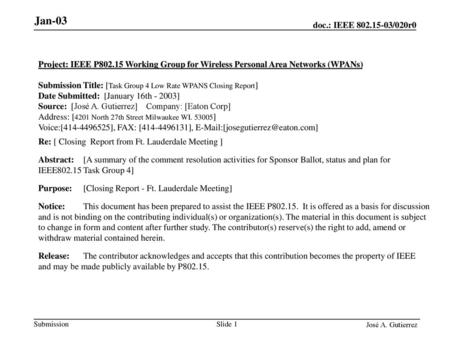 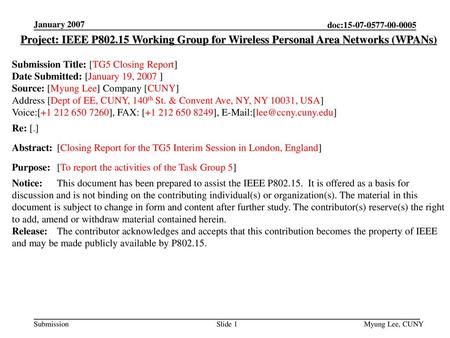 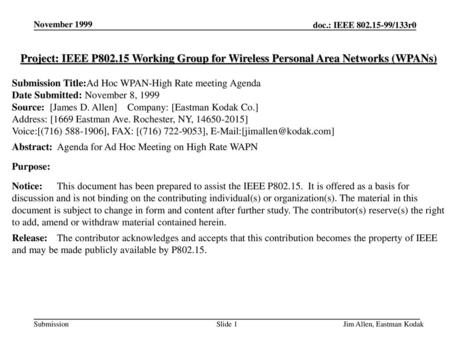 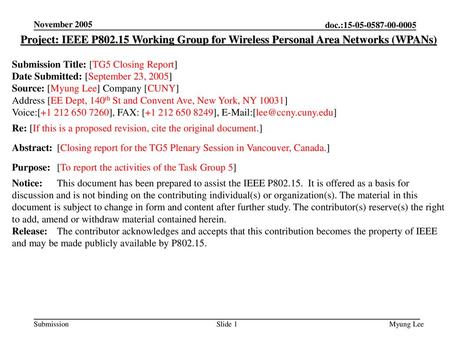 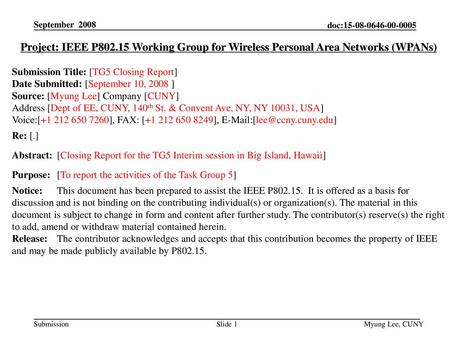 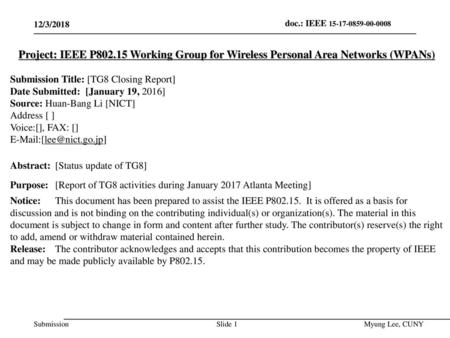 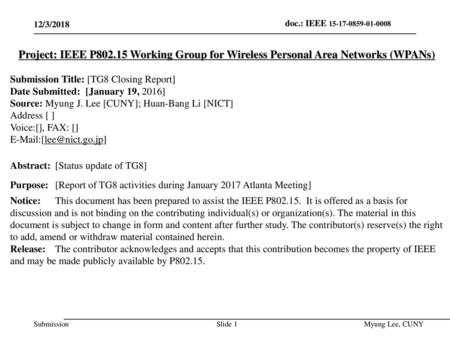 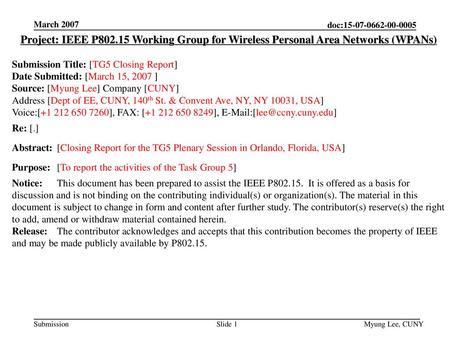