3 Objectives – CCSS 6.NS.5 Understand that positive and negative numbers are used together to describe quantities having opposite directions or values (e.g., temperature above/below zero, elevation above/below sea level, credits/debits, positive/negative electric charge); use positive and negative numbers to represent quantities in real-world contexts, explaining the meaning of 0 in each situation.

4 Objectives – CCSS 7.NS.1c Understand subtraction of rational numbers as adding the additive inverse, p – q = p + (–q). Show that the distance between two rational numbers on the number line is the absolute value of their difference, and apply this principle in real-world contexts. 7.NS.1d Apply properties of operations as strategies to add and subtract rational numbers.

6 Algebra Tiles: BASICS Algebra tiles can be used to model operations involving integers. Let the small yellow square represent +1 and the small red square (the flip-side) represent -1. The yellow and red squares are additive inverses of each other.

7 Algebra Tiles: Modeling integers
Using your Algebra tile mat, model each of the following integers: A gain of 4 yards The temperature went down 3 degrees. A loss of 2 pounds The stock went up 6 points

8 Zero Pairs Called zero pairs because they are additive inverses of each other. When put together, they cancel each other out to model zero.

10 Addition of Integers Addition can be viewed as “combining”.
Combining involves the forming and removing of all zero pairs. For each of the given examples, use algebra tiles to model the addition. Draw pictorial diagrams which show the modeling.

14 Game of one Each player has 11 tiles
A player tosses the 11 tiles on the mat, records the result as an addition expression, and finds the sum on the chart. A game continues for 10 rounds. At the completion of the game, each player finds the sum of the 10 rounds. The player whose sum is closest to one wins. Round Expression Sum 1 2 3 4 5 6 7 8 9 10 Total

16 Subtraction of Integers
Subtraction can be interpreted as “take-away.” Subtraction can also be thought of as “adding the opposite.” For each of the given examples, use algebra tiles to model the subtraction. Draw pictorial diagrams which show the modeling process.

19 Subtracting Integers (+3) – (-3)
After students have seen many examples, have them formulate rules for integer subtraction.

20 Least is Best Each player starts with 3 yellow tiles on a work mat.
A player spins the spinner and then subtracts the number from +3 and performs the operation using tiles if necessary. The player records the result as a subtraction expression, and writes the difference on the chart. The difference for Round 1 is the starting number for Round 2. This continues for 10 rounds. At the completion of the 10 rounds, each player finds the sum of the 10 rounds. The player with the lowest sum wins.

25 Multiplication of Integers
If the counter is negative it will mean “take the opposite of.” (flip-over) (-2)(+3) (-3)(-1) After students have seen many examples, have them formulate rules.

27 Division of Integers Like multiplication, division relies on the concept of a counter. Divisor serves as counter since it indicates the number of rows to create. For the given examples, use algebra tiles to model the division. Identify the divisor or counter. Draw pictorial diagrams which model the process.

30 Division of Integers (-12)/(-3) =
After students have seen many examples, have them formulate rules. 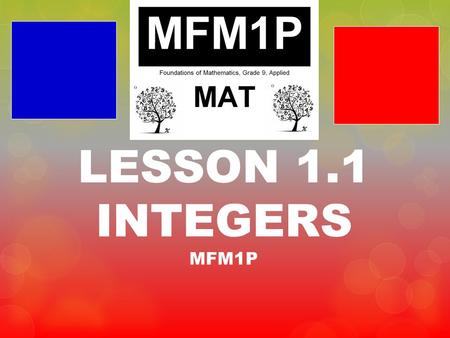 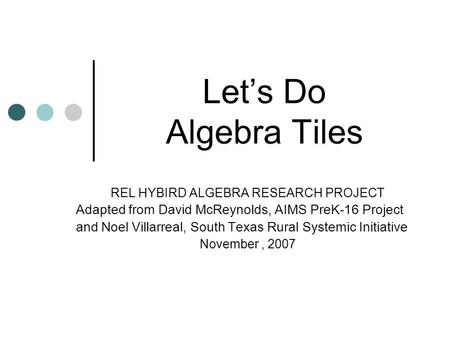 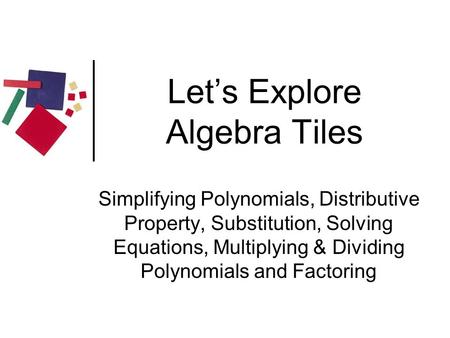 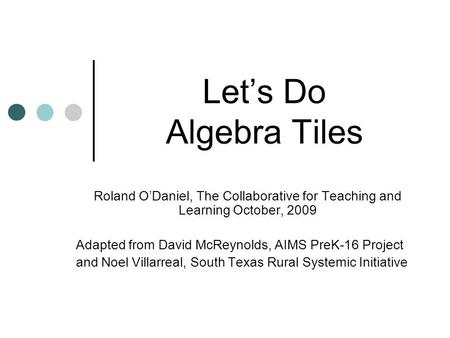 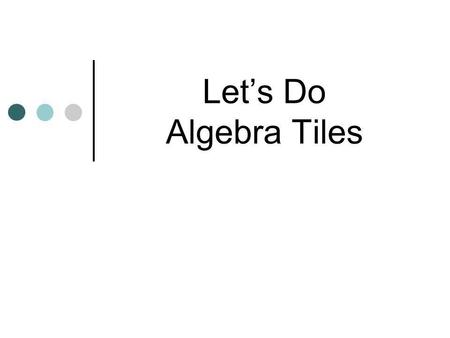 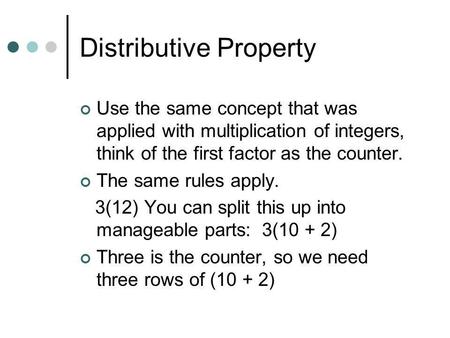 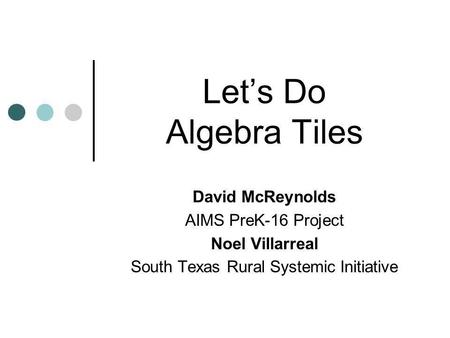 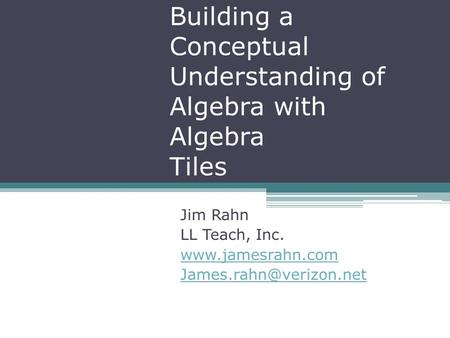 Building a Conceptual Understanding of Algebra with Algebra Tiles 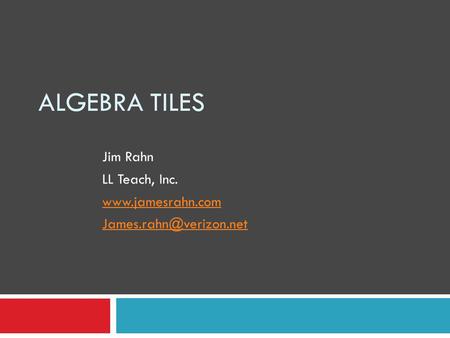 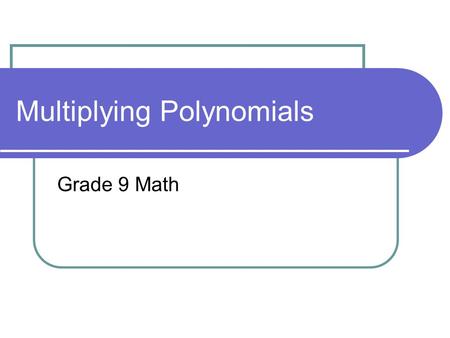 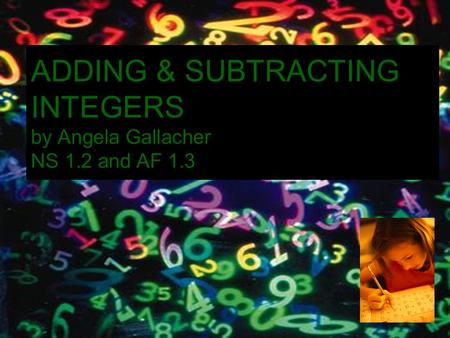 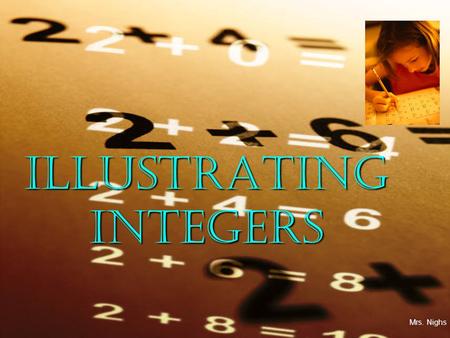 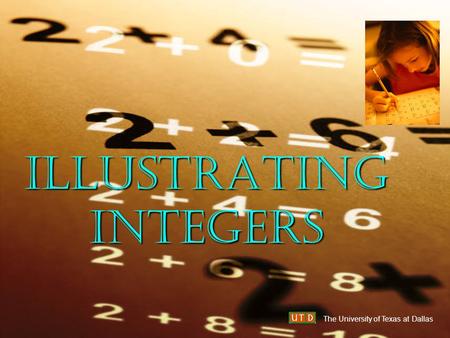 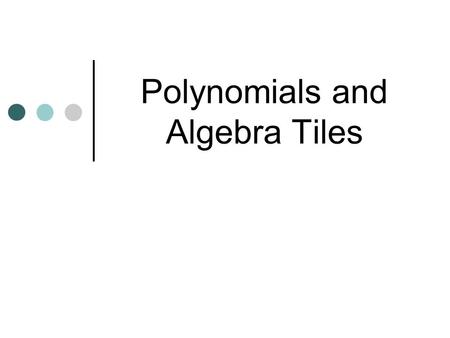 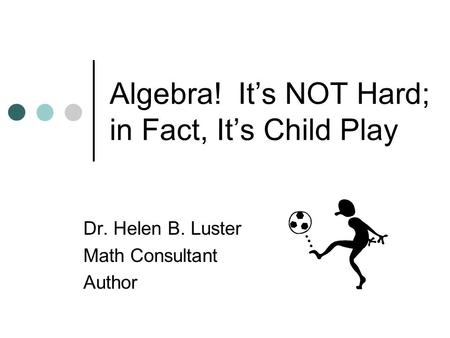 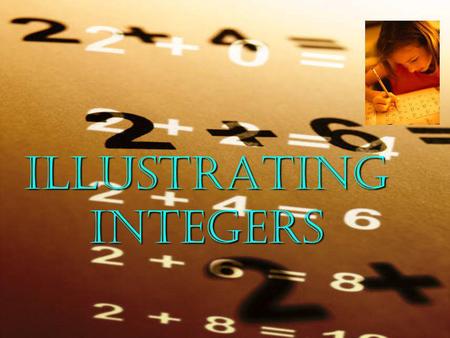 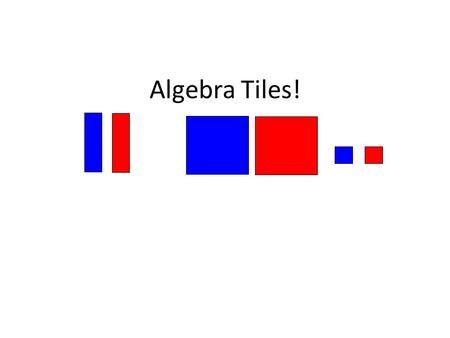 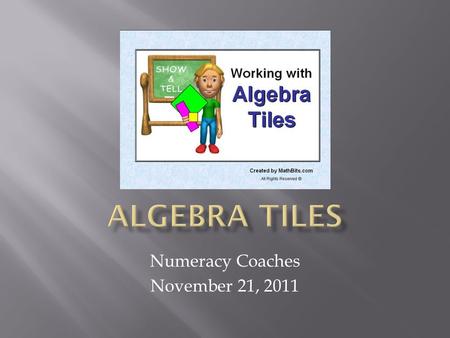 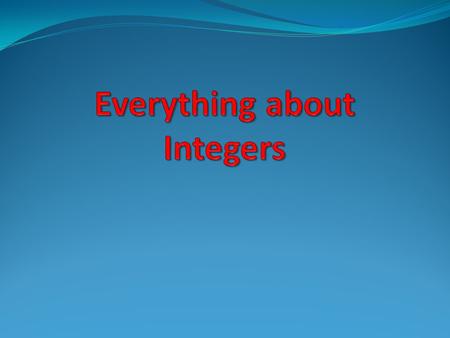 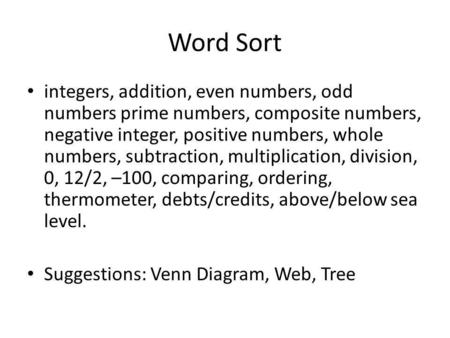