3 What is a? Standard for Local and Metropolitan Area Networks: Media Independent Handover Services - Amendment for Security Extensions to Media Independent Handover Services and Protocol PAR (Project Authorization Request) A copy of the PAR is also available as Schedule (c.f. Sections 4.2 and 4.3 of PAR) Expected Date of submission of draft to the IEEE-SA for Initial Sponsor Ballot: 11/2010 Projected Completion Date for Submittal to RevCom: 08/2011” sec

4 What is 802.21a? (cont’d) Scope (c.f. Section 5.2 of PAR)
“This standard defines mechanisms (i) to reduce the latency during authentication and key establishment for handovers between heterogeneous access networks that support IEEE (ii) to provide data integrity, replay protection, confidentiality and data origin authentication to IEEE MIH (Media-Independent Handover) protocol exchanges and enable authorization for MIH services.” sec

5 What is 802.21a (cont’d) Purpose (c.f. Section 5.4 of PAR)
“The purpose of this standard is to improve the user experience of mobile devices by minimizing the delay during handover between heterogeneous access networks through optimization of network access authentication and key establishment. Security-related message exchanges during handover can increase the latency significantly and in many cases service continuity cannot be met without such optimization. Additionally, this standard will secure MIH protocol exchanges and enable authorization of MIH services. Without such security in place, MIH protocol entities and MIH services are vulnerable to various security attacks.” sec

8 Documents related to 802.21a “Security Signaling During Handovers”
Tutorial material to LMSC “Technical Requirements for IEEE Security” Design Guidelines and Requirements for a A technical product of Security SG sec 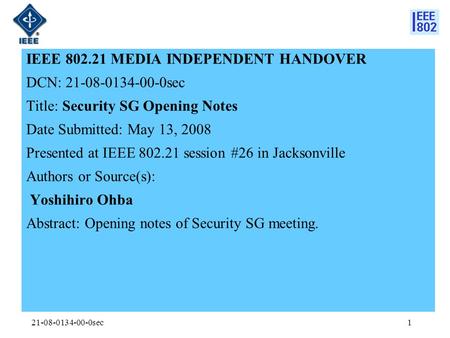 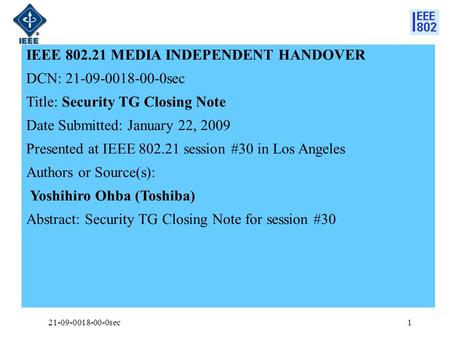 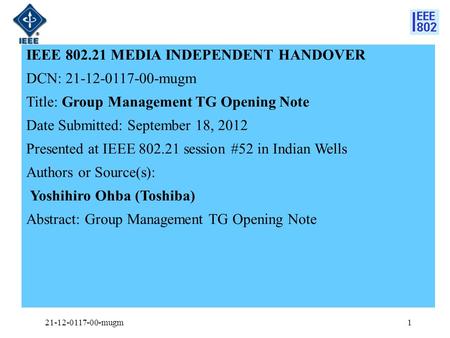 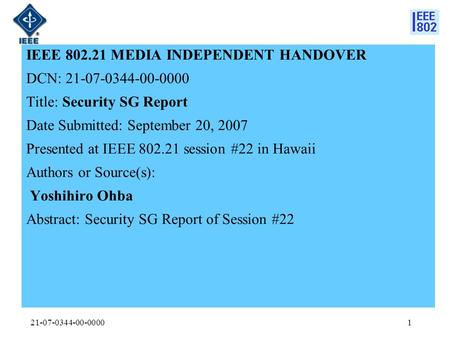 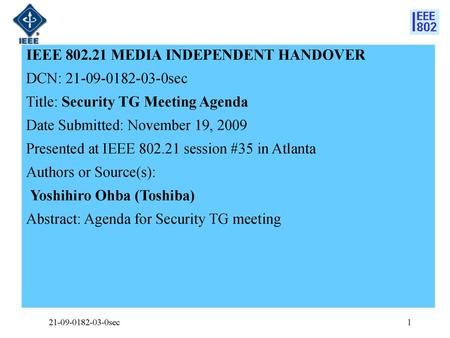 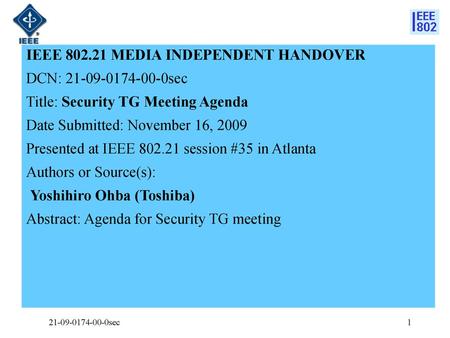 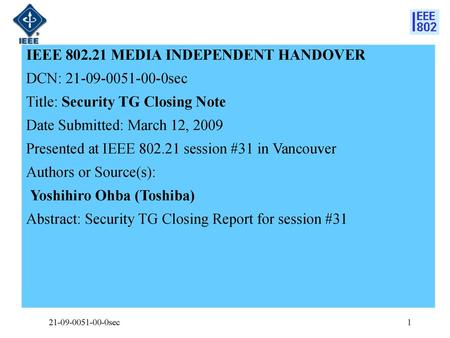 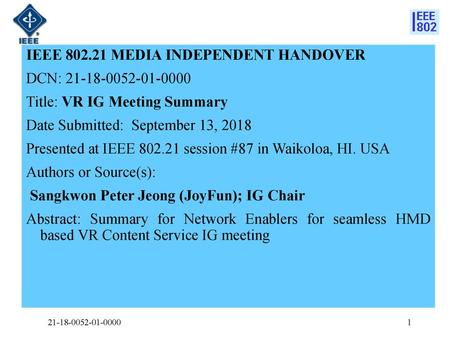 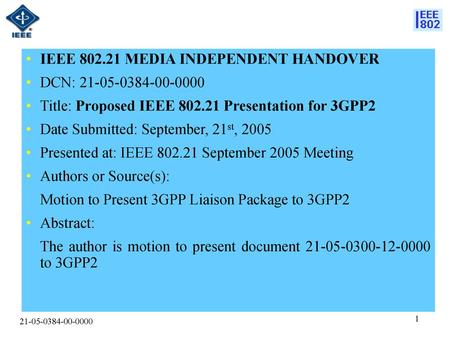 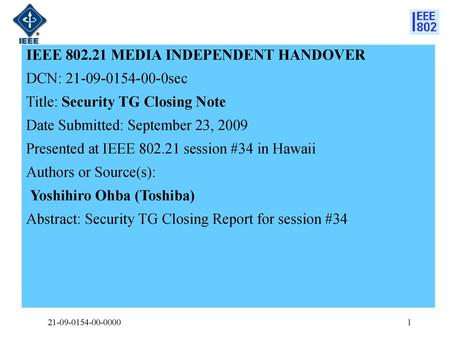 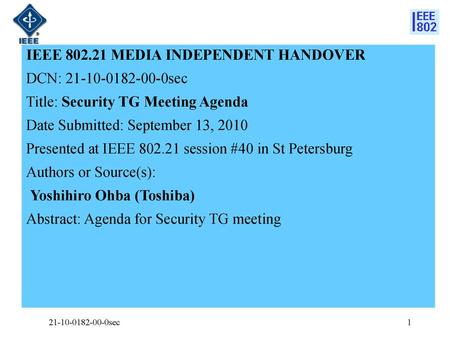 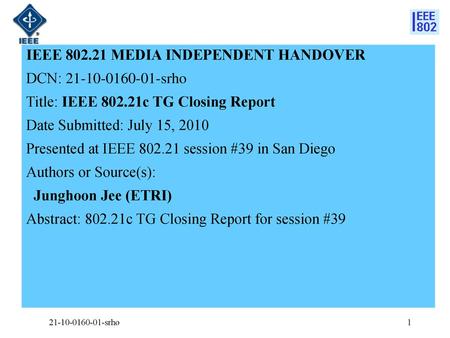 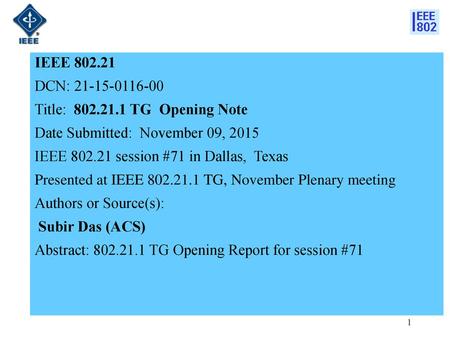 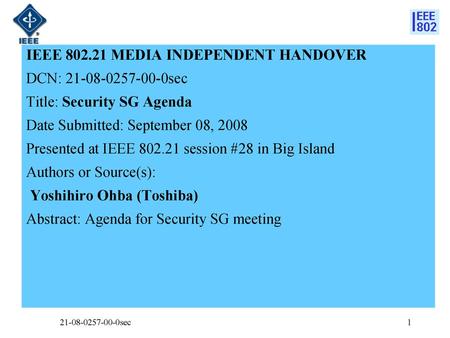 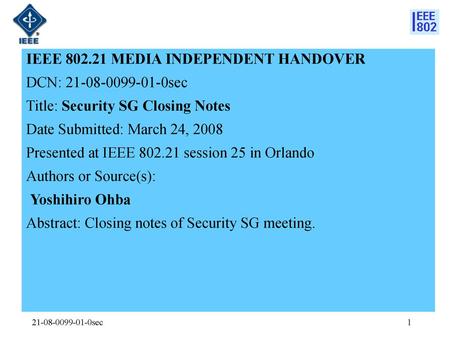 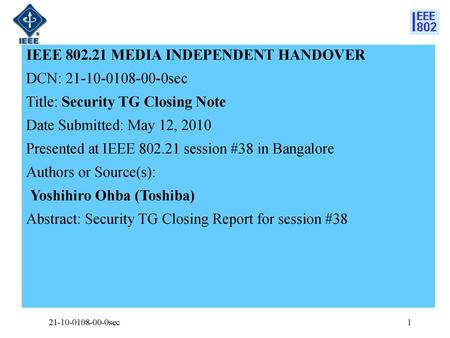 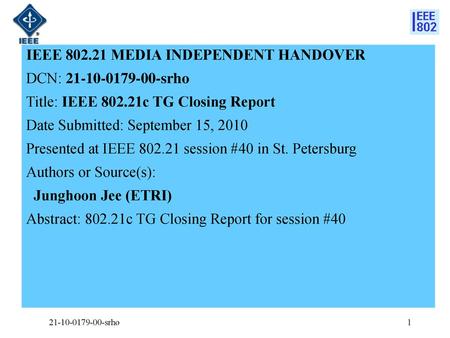 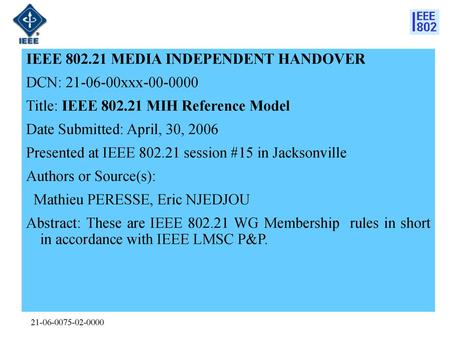 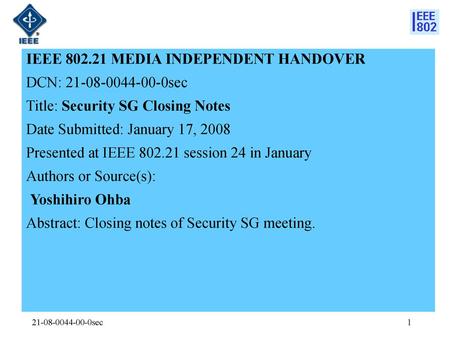