1 Name - WirelessHD doc.: IEEE 802.15-10-0611-00-004g July 2010
doc.: IEEE /XXXr0 Sep 19, 2007 doc.: IEEE g July 2010 Project: IEEE P Working Group for Wireless Personal Area Networks (WPANs)‏ Submission Title: [Comment Resolutions] Date Submitted: [July 2010] Source: [Ed Callaway] Company [Sensus] Address [9181 Glades Road, Suite 125, Boca Raton, FL , USA] Voice: [ ], FAX: [], Re: [] Abstract: [This document provides resolutions to comments] Purpose: [This document provides resolutions to comments of LB51] Notice: This document has been prepared to assist the IEEE P It is offered as a basis for discussion and is not binding on the contributing individual(s) or organization(s). The material in this document is subject to change in form and content after further study. The contributor(s) reserve(s) the right to add, amend or withdraw material contained herein. Release: The contributor acknowledges and accepts that this contribution becomes the property of IEEE and may be made publicly available by P Ed Callaway, Sensus Name - WirelessHD

2 doc.: IEEE g July 2010 CID 288, 289, 290, 291, 292, 293, 366, 368, 370, 371, 373, 374 Comment: Too many frequency bands and PHY options are listed in Table 1. Use the Generic PHY to specify all of the PHY modes that have data rates less than or equal to 40 kbps. Proposed Change: Remove all of the PHYs that have data rates lower than 40 kbps from Table 1. Response: Reject. All PHYs, including those having data rates less than or equal to 40 kbps, are in the draft in response to different SUN application requirements , and there is no reason to consider them separately. In particular, the low-rate PHYs have particular advantage in low power, low throughput applications. Ed Callaway, Sensus 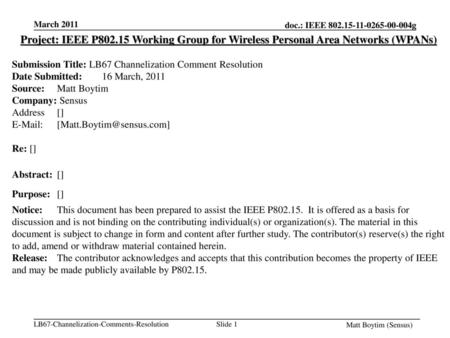 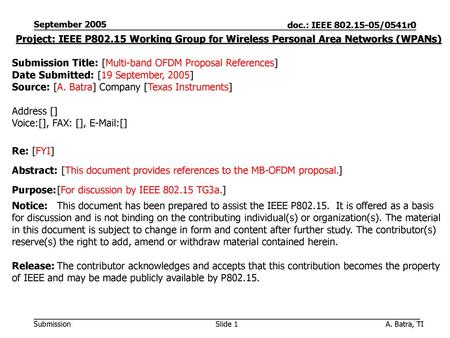 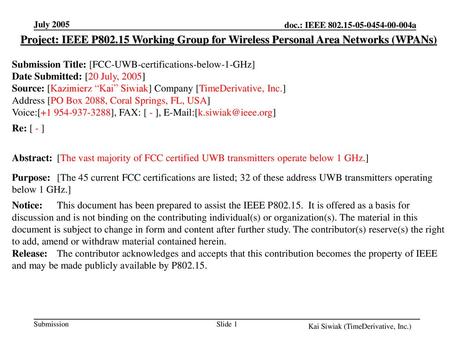 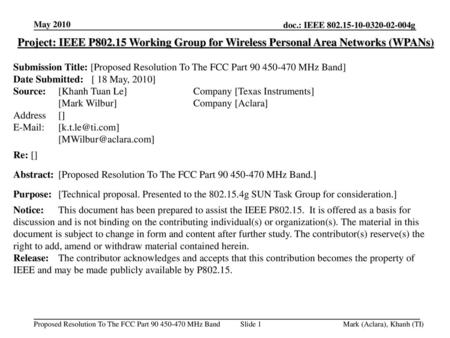 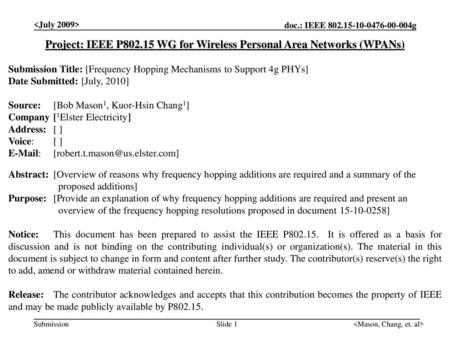 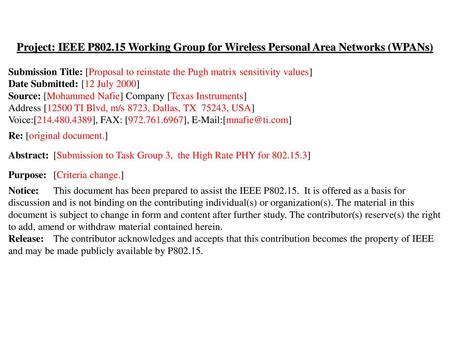 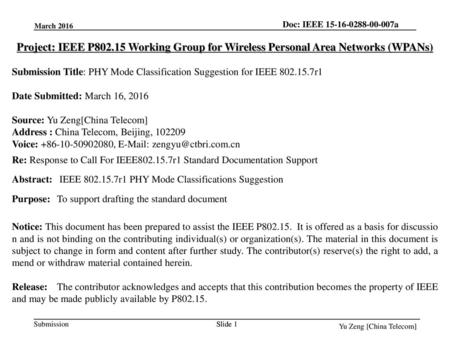 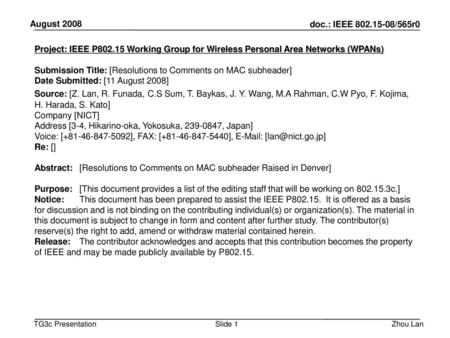 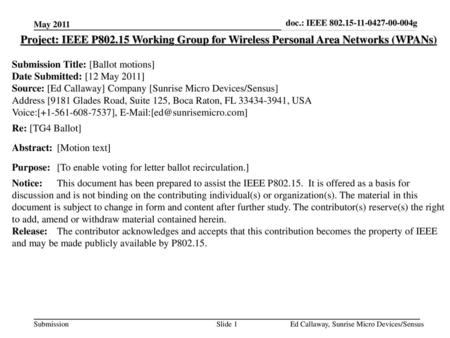 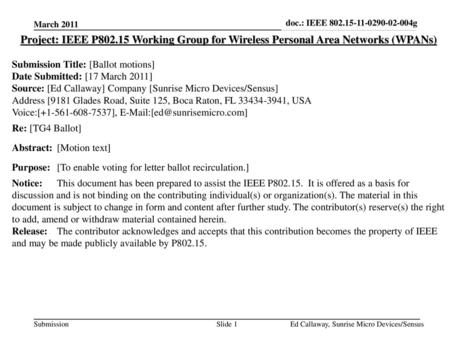 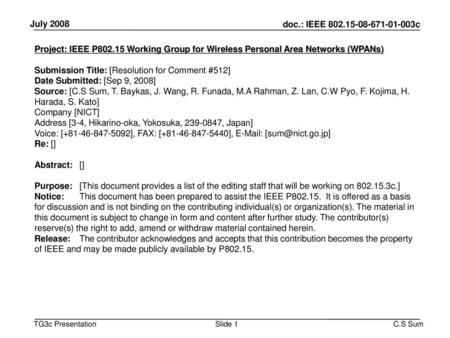 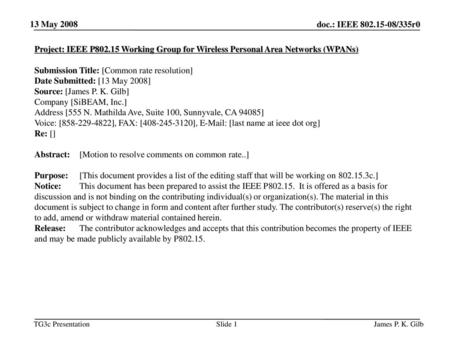