8 How long should the EEG be?
Two ways to answer this question Left graph shows that the longer you monitor for, the more likely you are to diagnose a nonconvulsive seizure if present Right graph shows that if the EEG is normal in the first 30 minutes, there is about a 3% chance of seizure. So in essence, if you have a high suspicion of NCS, video EEG is the appropriate test. A low pretest probability would probably see a one hour EEG as sufficient. Claassen J, et al. Neurology 2003 Shafi MM, et al. Neurology 2012

9 What do the EEG findings mean?
Periodic findings lead to seizures in a high rate of patients PLEDs perhaps warrant a longer monitoring time, as a first seizure can present greater than 24 hours after Claassen J, et al. Neurology 2003

12 Does addressing NCSE prevent injury?
Top study establishes some physiological basis for possible injury – surface and intracortical depth electrodes with cerebral microdialysis – Microdialysis showed increased lactate/pyruvate levels during seizures and periodic patterns – this only establishes acute injury and does not Bottom study shows correlation between NCSE time and 3 month functional outcome – Study comparing length of NCSE in SAH patients and assessing function by telephone interview 3 months later – They found each hour correlated with a 10% higher odds of death/disability at 3 months These two studies are notable that they address acute, significant neurological injury and not chronic epilepsy

20 RSE basic info Etiology broadly assigned to one of five groups
Drug/toxins Infectious Structural Metabolic Uncommon genetic disorders The last point is that etiologies that are relatively “easy” to treat have the best outcomes Some mortality rates may be due to the underlying disease rather than the status as well. In other words, the status is a symptom rather than a cause Shorvon S and Ferlisi M. Brain 2011 Betjemann JP and Lowenstein DH. Lancet Neurol 2015 Turnbull D and Singatullina N. Minerva Anestesiol 2013

24 AED selection in RSE Levetiracetam Valproate Phenytoin Phenobarbital
There is precious little data on this subject. This meta-analysis from 2014 analyzed 22 studies and found levetiracetam, phenobarbital, and valproate were all similarly efficacious while phenytoin lagged behind. Levetiracetam – 68.5% Phenobarbital – 73.6% Valproate – 75.7% Phenytoin – 50.2% The Established status epilepticus treatment trial is underway and will compare PHT, LVT, and VPA in benzodiazepine resistant status epilepticus Yasiry Z and Shorvon S. Seizure 2014

29 Much of the work we know about comparison between these 3 drugs is from a 2002 meta-analysis of 28 studies from As with all meta-analysis, this one had some difficulties with the heterogeneity of the study designs and definitions. However, a few very useful conclusions were able to be made

35 Only RCT done for RSE. It compared propofol to thiopental, with a goal of burst suppression for treatment. Stopped prematurely at 24 patients (goal 150 patients) due to low recruitment Only finding was that there was longer ventilation with barbiturates There was a trend towards increased efficacy with propofol. Median dose of propofol required for burst suppression was 5 mg/kg/h Median dose of thiopental required was 6.7mg/kg/h

36 Shorvon meta-analysis (2012)
54 MDZ  585 MDZ (306 cases from one study), so subtracting that, 54 MDZ  279 MDZ 33  106 PRO 106  192 BARB This means in the intervening time, there have been an additional 690 patients put into the pool. Again, only 24 of these cases were from a RCT. The quality of data is only as good as what we put in, so we are limited as to stringent data that can be taken away. Important to note that the breakthrough seizures do not include patients who had a seizure relapse, which was controlled by increasing initial medicine. Those numbers are 7% of MDZ, 12% of PRO, and 6% of BARB. With regards to withdrawal seizures, it was interesting to note that 93% of those that were reintroduced to MDZ regained control, as compared to only 47% of PRO and 22% of BARB. Shorvon S and Ferlisi M. Brain 2012

49 Duration of RSE and outcomes
Retrospective review of 119 patients from BI Deaconess. Only 35% of these patients survived. These patients represented all SE, (both anoxic and non-anoxic status). Drislane F, et al. Epilepsia 2009

50 What happens when they survive?
Cooper A, et al. Archives of Neurology 2009 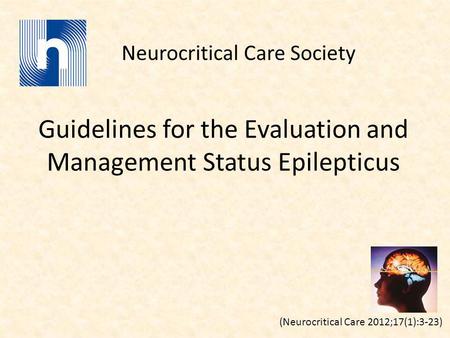 Guidelines for the Evaluation and Management Status Epilepticus 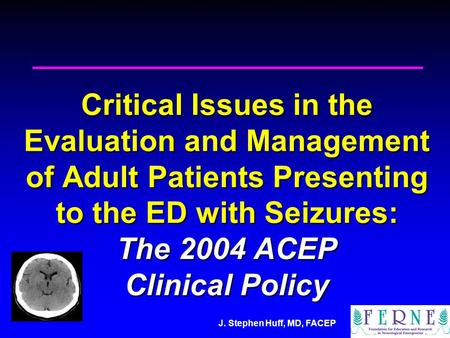 J. Stephen Huff, MD, FACEP Critical Issues in the Evaluation and Management of Adult Patients Presenting to the ED with Seizures: The 2004 ACEP Clinical. 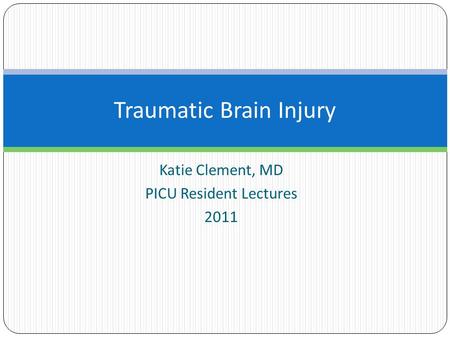 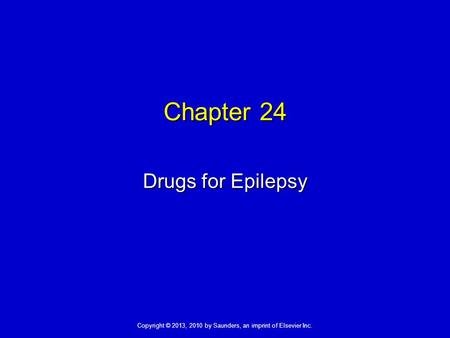 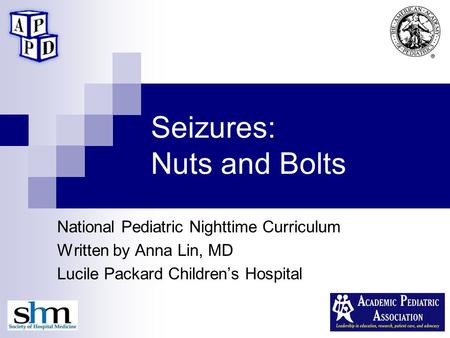 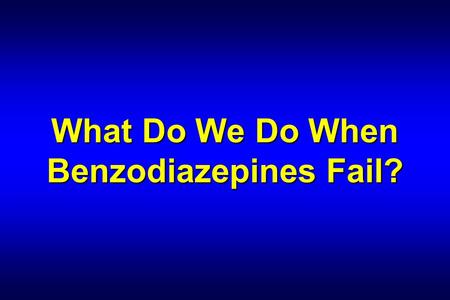 What Do We Do When Benzodiazepines Fail?. Edward P. Sloan, MD, MPH Associate Professor Department of Emergency Medicine University of Illinois College. 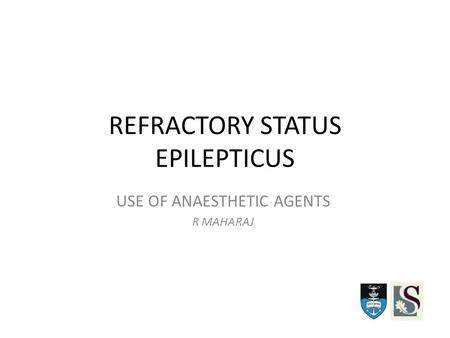 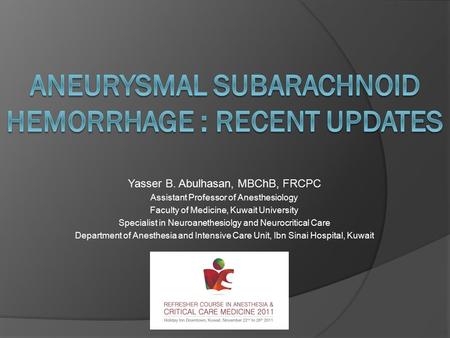 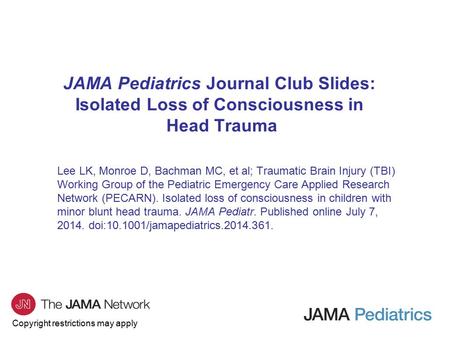 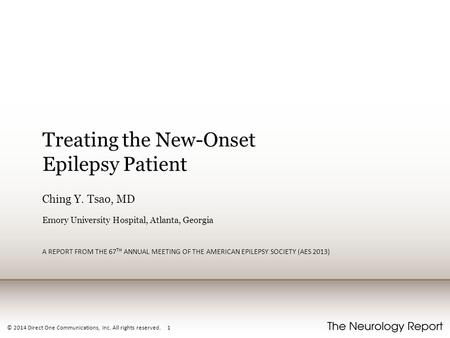 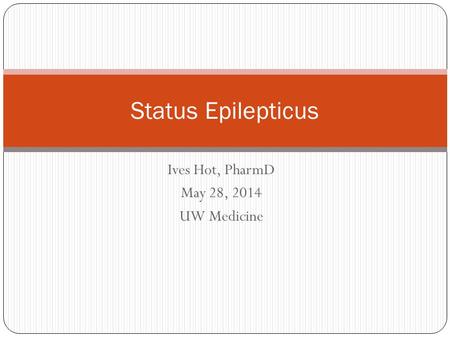 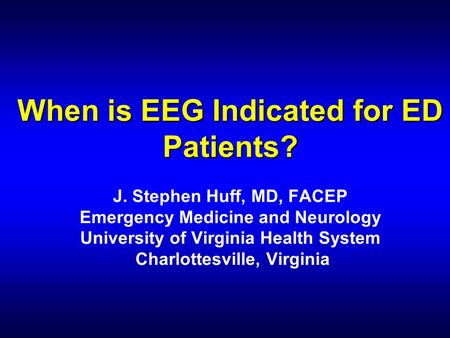 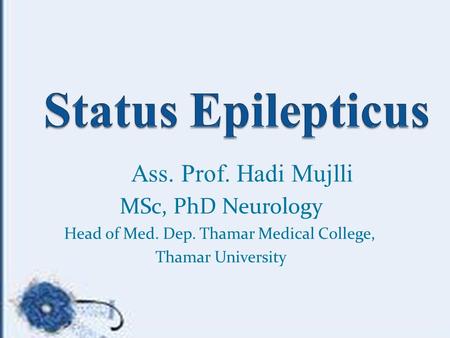 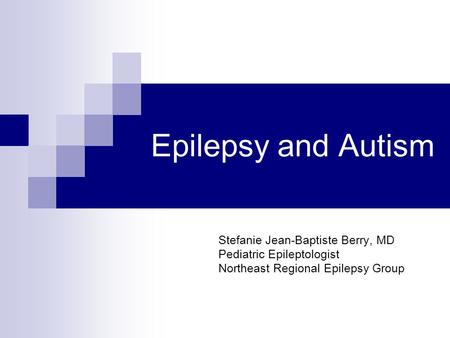 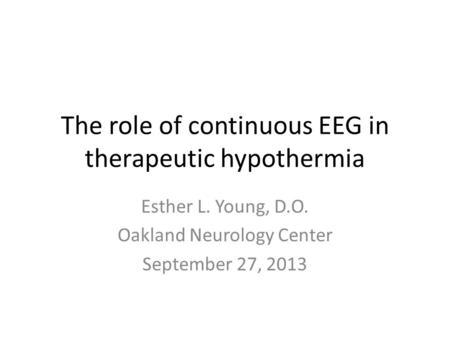 The role of continuous EEG in therapeutic hypothermia 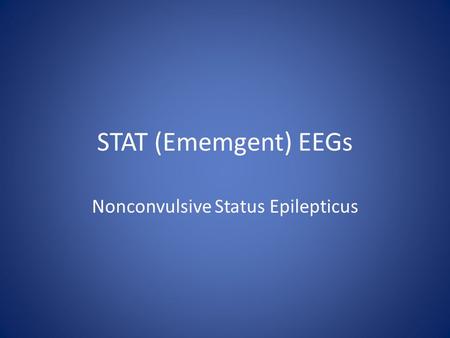 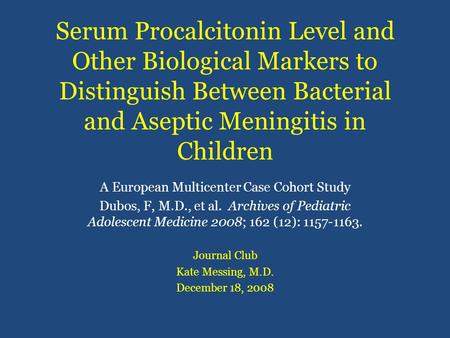 Serum Procalcitonin Level and Other Biological Markers to Distinguish Between Bacterial and Aseptic Meningitis in Children A European Multicenter Case. 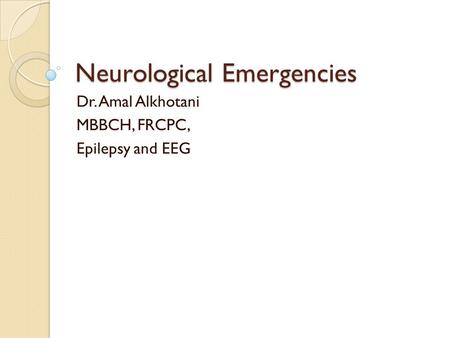 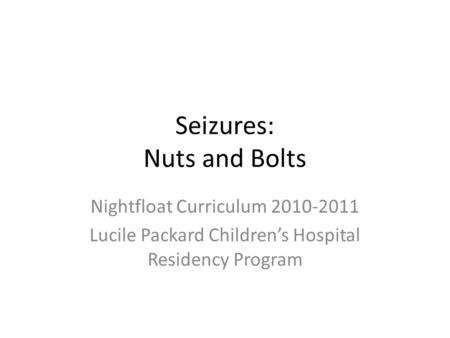 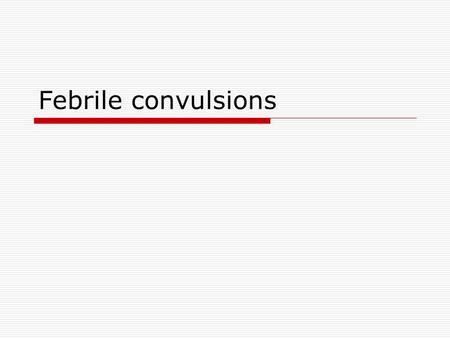